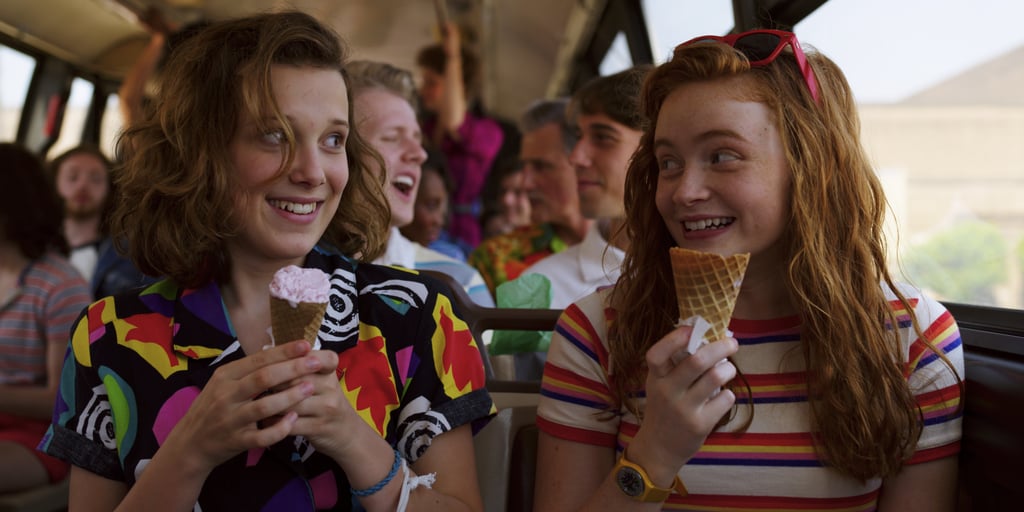 Alright, Stranger Things crew, let’s get a couple of things straight: Barb and Bob didn’t deserve to die, Steve Harrington is a treasure that needs to be protected, and Hopper and Eleven’s father-daughter relationship makes my heart feel gooier than the Upside Down. But there’s one key detail is season three that goes all the way back to the first episode, and it has to do with Eleven’s blue bracelet.

Originally Hopper’s, the bracelet is actually a hair tie. Shortly after the premiere of season two, David Harbour revealed the hidden meaning behind the blue bracelet seen on his character’s wrist and how much it reminds Hopper of his daughter Sara. Aw!

In case you need a quick refresher, Sara was Hopper’s 7-year-old daughter who was taken to the hospital to be treated with chemotherapy after becoming sick. Sara died soon afterwards, and little else is known about her character. In flashbacks, Sara can be seen wearing the blue “bracelet” as a hair tie. Ever since her death, Hopper has worn Sara’s hair tie around his wrist as a memento of his daughter, and he even touches it whenever he’s thinking about her. “It’s the first thing that he does every morning because he never wants to forget her,” Harbour told Insider. “Sara and the death of his daughter is his grounding place for reality.”

Even sweeter than that, though? Hopper gives Eleven (aka Jane) the blue bracelet as a sentimental gift at the end of the show’s second season, and she’s still wearing it in season three! I could practically feel my heart turning to mush after that season three finale episode, and the bracelet only made it all the more heartbreaking. As for Hopper and Eleven, getting a handle on their emotions has never been easy, but the odd pair’s relationship definitely took a sweet turn in season two when it was revealed that Hopper had been hiding Eleven away in his grandfather’s old cabin in the woods (per the Stranger Things spooky aesthetic) for her own safety. 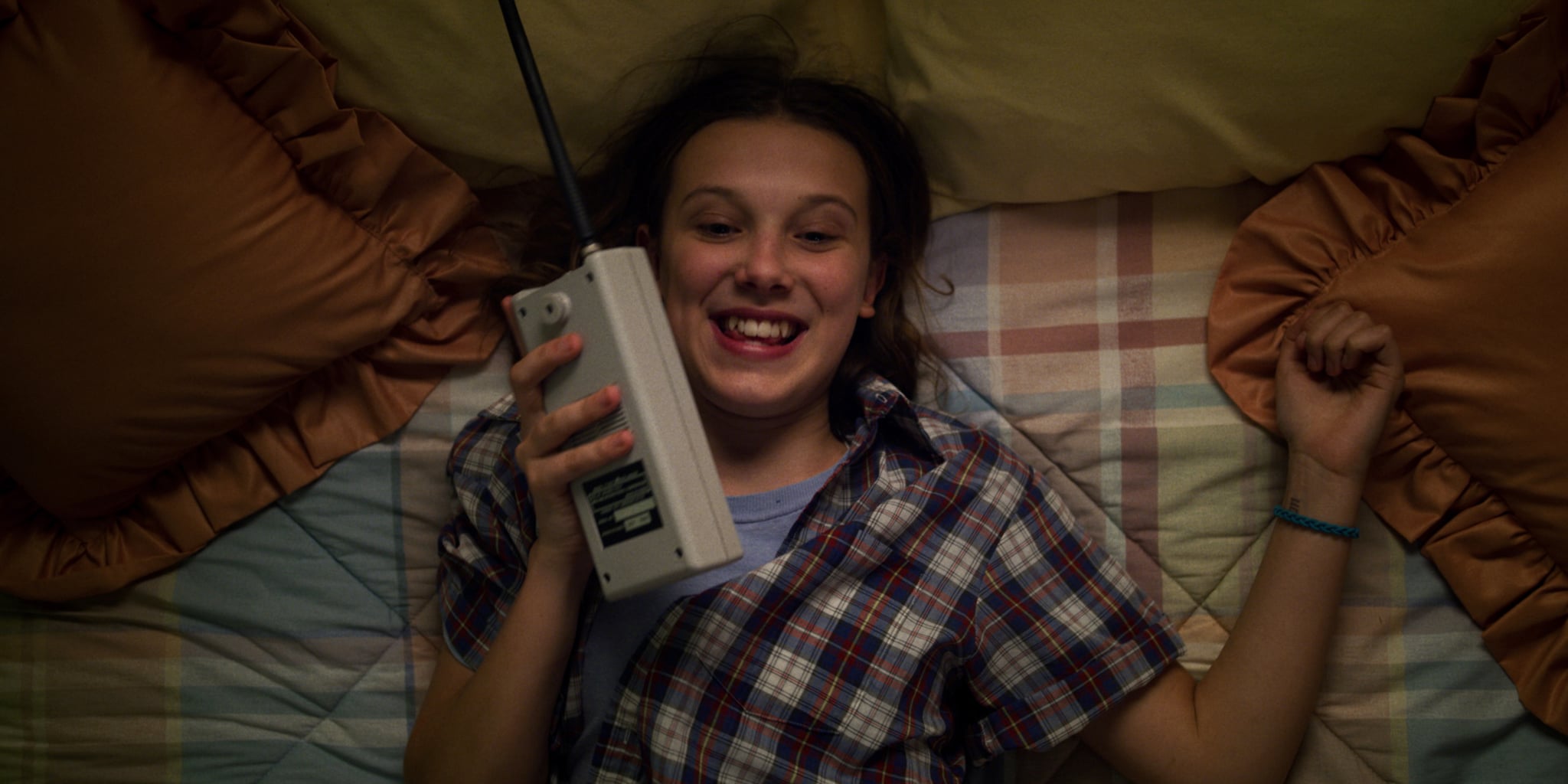 It’s possible that Eleven’s disappearance at the end of season one reminded Hopper of his own daughter’s death and motivated him to keep taking care of Eleven by leaving boxes of Eggo waffles for her in the forest, as he recounts in his heartwarming letter during the season three finale. During the time that they lived in the cabin between season one and season two, Hopper cooked meals for Eleven and took care of her, forming a sweet father-daughter relationship with her that has since led to Hopper officially adopting Eleven under the name Jane Hopper.

In season two, Eleven and Hopper argued because she no longer wanted to be trapped in the cabin. So, the supernatural preteen ran away from home in search of her sister, who shared her abilities but led a very different lifestyle. Following the chaotic events of season two, Hopper and Eleven made up and he gave her the bracelet, presumably as a gesture of love because she was safe and they were finally together again. Jim Hopper and Joyce Byers for Stranger Things parents of the year, anyone?

Now the bracelet can be seen everywhere, including on Eleven’s wrist at the Snow Ball and in season three during her girls’ day out with Max. Seriously, it’s like she never takes it off! The blue bracelet is in so many scenes, and we can’t help but think that Eleven’s blue bracelet will always be a reminder of Hopper’s impact on her life. 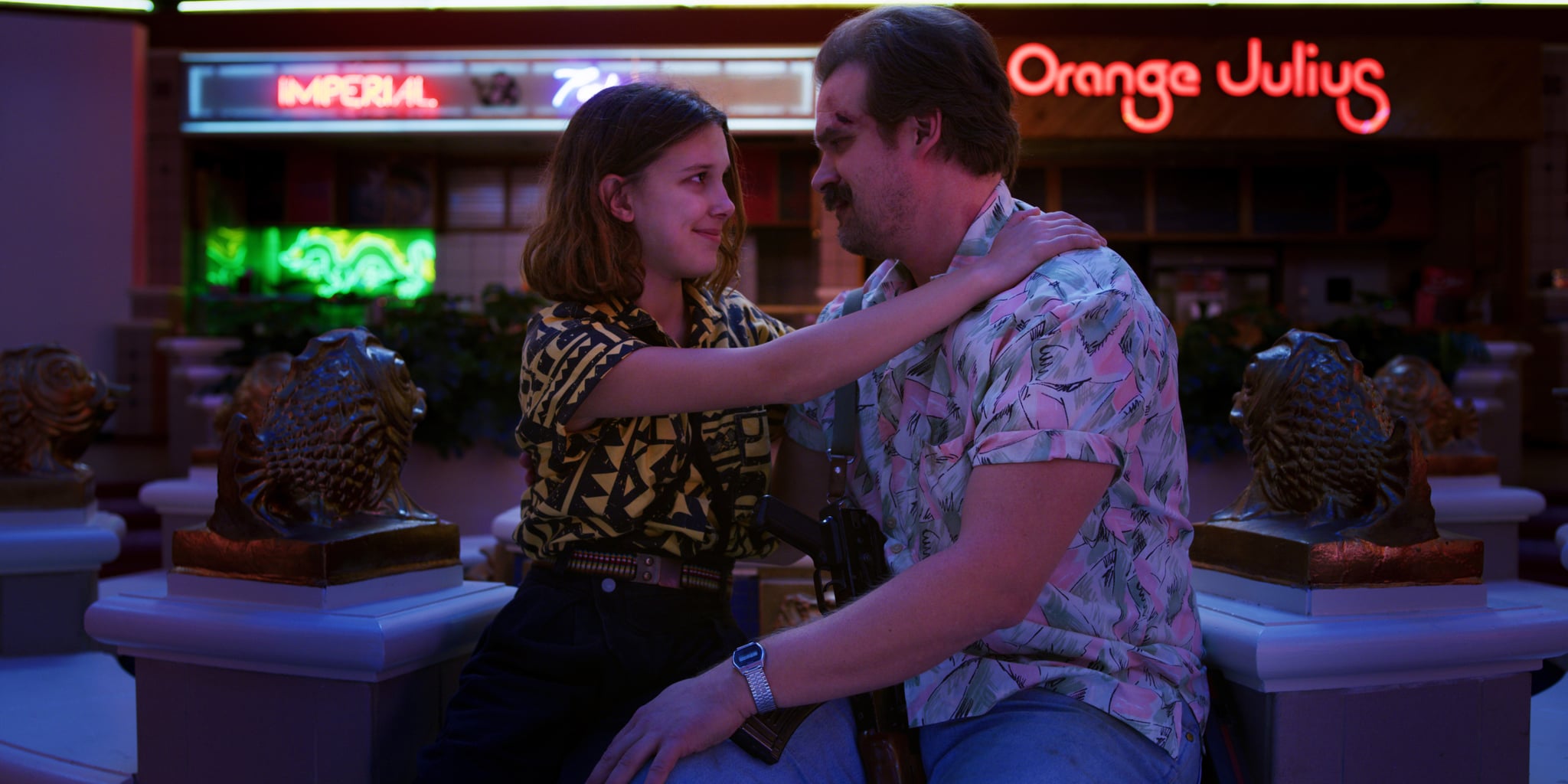 While they didn’t get to say a proper goodbye to each other, Hopper made it clear that his love for Eleven was just as strong as his love for Sara. “Feelings . . . Jesus. The truth is, for so long, I’d forgotten what those even were,” Hopper says in his sweet letter to El at the end of the show’s third season. “I’ve been stuck in one place, in a cave, you might say. A deep, dark cave. And then, I left some Eggos out in the woods, and you came into my life and for the first time in a long time, I started to feel things again. I started to feel happy.”

While season three made us feel happy, sad, a little spooked, and all the emotions in between, it’s safe to say we have a lot to look forward to in season four. We can look forward to a few more sweet moments — and more than a few supernatural adventures — between some of our favorite characters, Jane Hopper included.