Ben Shephard has found one way of getting rid of the cobwebs that tend to form over Christmas.

While most of us have been sitting on the couch in our pyjamas polishing off all the boxes of Roses we can find, others have been taking a rather different approach.

Like Little Mix star Jade Thirlwall, who kicked off her 30th birthday with a sprint into the North Sea dressed as an elf on Boxing Day.

And, now, like Good Morning Britain host Ben, who spent his Christmas morning in the sea in Cornwall with family.

The Tipping Point presenter shared a clip to Instagram this week that showed him in the picturesque seaside village of Port Isaac in Cornwall, where he and several other people were splashing around in the water.

‘Christmas Day in Port Isaac, on the beach!’ the TV star said through shivers. 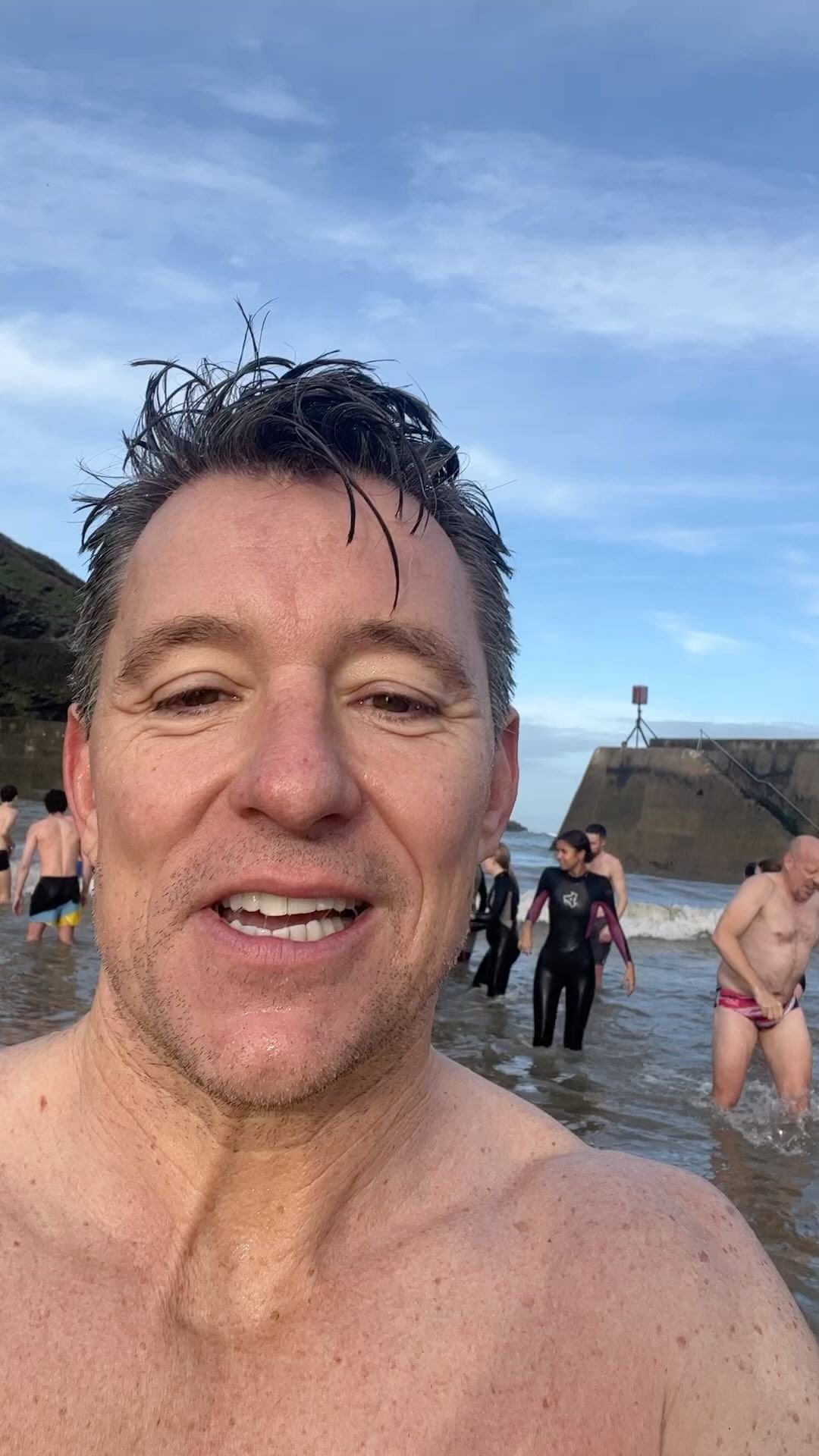 He explained he was out with his brother, who was wearing ‘budgie smugglers’ in the water – a term meaning, well, you can probably guess.

‘The village is looking stunning,’ Ben went on as he sprinted through the water under the cold winter sun.

‘Best way to wake up! Merry Christmas everybody!’

In a caption alongside the video, he wrote he had meant to post the video earlier but he had ‘only just thawed out.’

‘Happy Christmas all hope you’ve had a wonderful Christmas – ours was #cornish bracing and wonderfully boozy! Apologies for my brothers #budgiesmugglers.’

ITV star Lorraine was clearly impressed, as she labeled Ben an ‘angel.’

Ben stripped off for the Christmas dip shortly after revealing that he almost became a stripper while at university to make extra cash.

At the time, he was studying dance and drama at the University of Birmingham so likely had some moves up his sleeve, but was eventually talked out of it by then-girlfriend and now-wife Annie.

‘Me and Sam, my housemate, we decided to get some money. We were going to be strippers at the end of university time.

‘We were going to do some of the sport teams’ end-of-season parties to get some money,’ he explained on That Gaby Roslin podcast, including a lacrosse girls’ team party.