“Big Little Lies” And The Myth Of The Perfect Mom 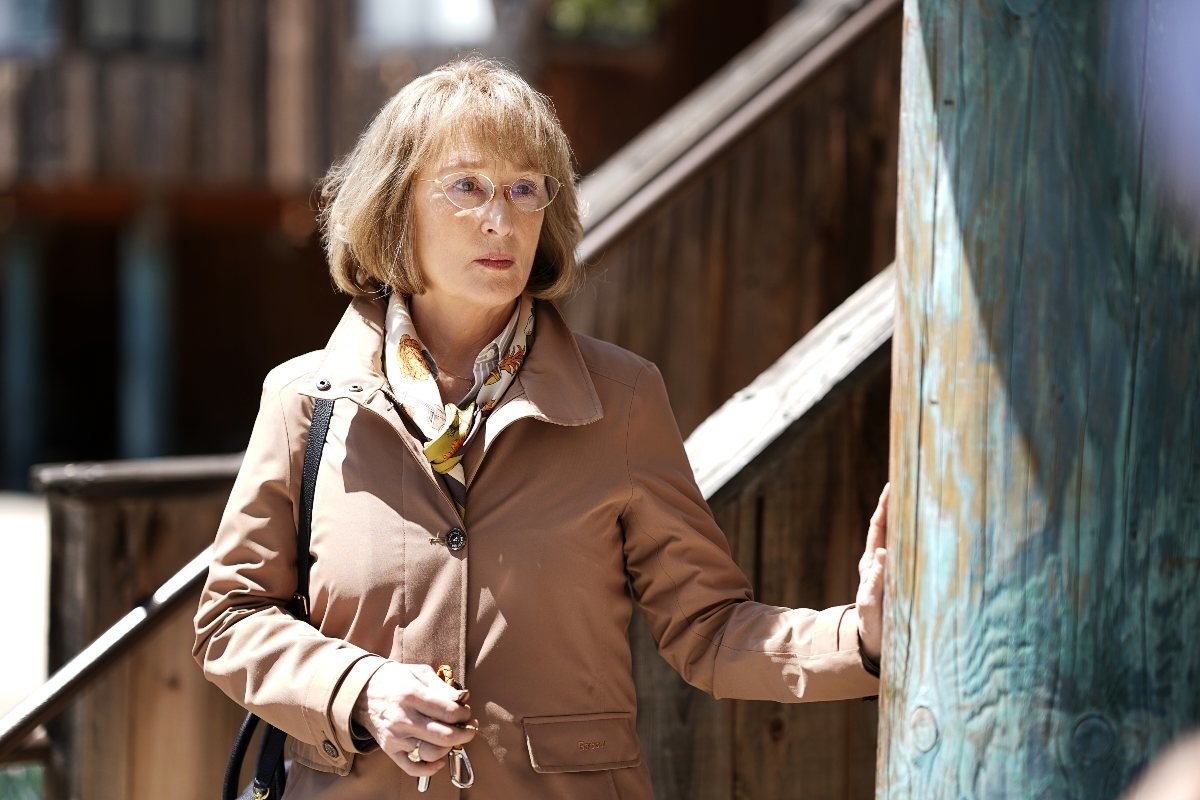 Ever since Meryl Streep sauntered into Big Little Lies with a mouthful of fake teeth and oddball cadences, it was clear that her character, Mary Louise Wright, was there to make trouble. The HBO series could use some, as it embarked on a second season that wasn’t part of the original plan, having wrapped up its first with the climactic killing of the man who’d been abusing one of the characters and who’d raped another. Beautiful, brutal Perry (Alexander Skarsgård) got shoved down the stairs, and the Monterey Five — Madeline (Reese Witherspoon), Celeste (Nicole Kidman), Jane (Shailene Woodley), Renata (Laura Dern), and Bonnie (Zoë Kravitz) — covered it up and took a cathartic trip to the beach. The obvious way to continue the story would be to threaten to expose the women’s secret, and who better to do that than the dead man’s mother?

Mary Louise is ostensibly in town to help out with her grandchildren as her widowed daughter-in-law, Celeste, deals with what Mary Louise assumes is a mourning period, though for Celeste it’s a lot more complicated. But she’s also been acting at times as a shit-stirrer and an amateur detective, a self-appointed Miss Marple of the Monterey Peninsula with a conveniently selective sense of the truth. Mary Louise adored her son and seems to have no sense of (or desire to hear about) his capacity for violence. She’s implied that Jane is a liar and that Celeste was an inadequate wife, and outright insulted Madeline in a conversation that was both deliciously passive-aggressive and masterfully accessorized with a crucifix pendant.

As Big Little Lies approached its season midpoint, it even teased the possibility that Mary Louise was working with the police. That was a fake-out. The big move that Mary Louise made on Sunday’s episode resulted not in a juicy twist, but a depressingly ironic one. Mary Louise was trying to have Celeste, a woman struggling to move forward from her marriage to Mary Louise’s abusive son, declared unfit as a parent in order to have her children removed from her care and placed with their grandmother.

Big Little Lies has always been an exploration of women’s trauma in the form of a gossipy murder mystery, but the distance between meme-ready moments like Renata’s bankruptcy freakout and the deliberately murky depths of Celeste’s PTSD has felt stark in this second season. Perry may be dead, but he’s still occupying a lot of real estate in Celeste’s head (Skarsgård still appears in flashbacks). In her recollections he’s unfailingly romantic and loving, because she’s repressing all the bad things, choosing to burnish his memory as a way of processing her grief and guilt. She can only recognize the awfulness with which he treated her when she envisions someone else in her place, and she still blames herself. In that, Mary Louise is a poisonously perfect foe, because she blames Celeste too.

Mary Louise always seems to think that women are at fault — the living embodiment of so many dark thoughts Celeste has had about being complicit and an equal participant in her own abuse. Mary Louise turns Perry’s rape of Jane into his being “unfaithful,” and then turns his “unfaithful” behavior into something that was Celeste’s fault: “What was he looking for — perhaps seeking refuge from?” she asks. She’d seem like a caricature if she weren’t also so pitiable, holding herself to these same wretched standards. 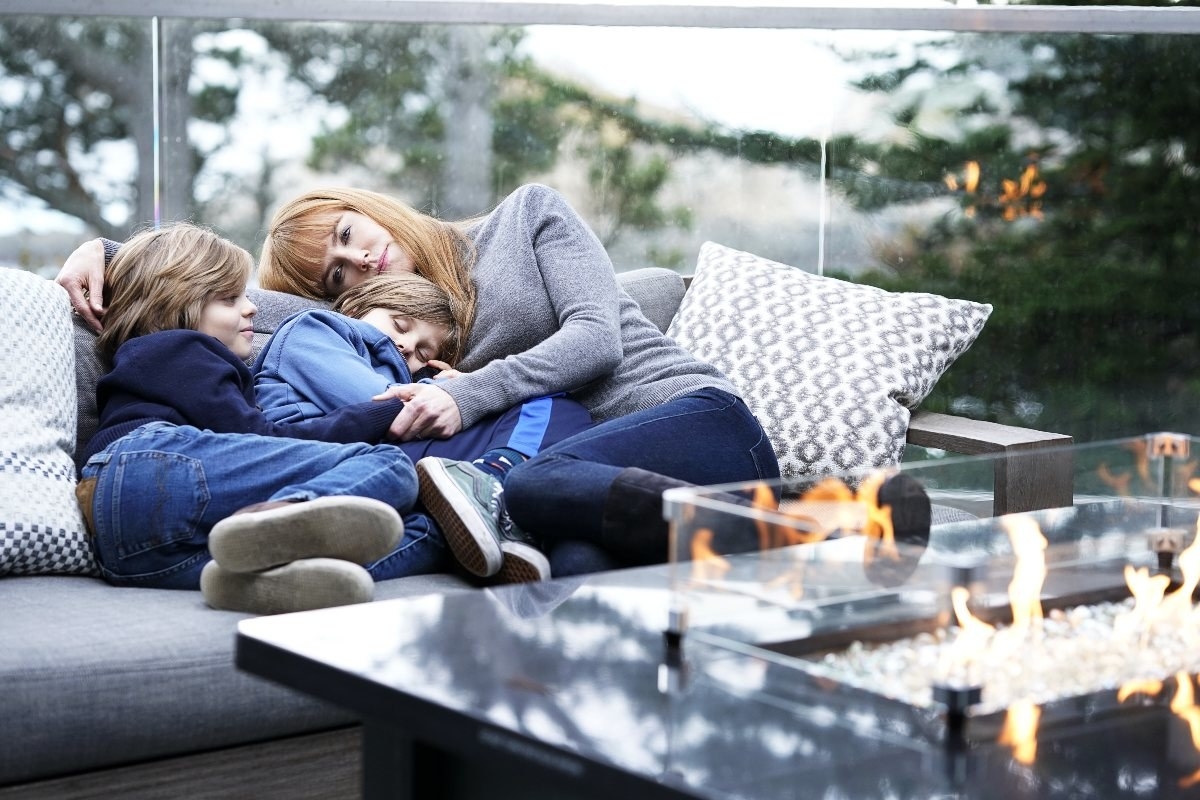 Mary Louise takes the blame for her husband leaving her after the death of one of their children, and treats the fact that he transformed into a devoted father when he started over with a new family as something good coming from a tragedy. Even her decision to remove Celeste’s twins from their mother is framed as coming at a great cost to her. There’s a tightening at Mary Louise’s jaw when her attorney warns her that a legal fight will likely alienate the boys from her permanently, but she insists “This isn’t about me needing to be liked,” and she seems to believe it. She isn’t acting out of cruelty; she’s doing what she thinks is right — which doesn’t make her behavior any less damaging.

If there’s a throughline in this season of Big Little Lies, it’s that maternal good intentions themselves aren’t worth shit. Mary Louise made her son her reason for living, and he grew up to be an abusive rapist. Yet she continues to only believe the best of him, apologizing for and denying his cruelty toward women. She’s the extreme example, but it’s a theme that’s come up in some of the other characters’ storylines as well.

Renata, throwing one last ludicrously lavish birthday party for her daughter before her family returns to the ranks of the 99%, talks as though their lives are over and her child’s future is a write-off: “All my hopes and dreams for Amabella have gone to shit!” But Amabella, who’s still in elementary school, doesn’t seem old enough to have a grasp on the wealth she’s no longer going to bask in. When she has an anxiety attack, it’s in part because of her parents fighting, but mostly about something that no amount of money will shield her from, despite Renata’s threats to buy every kid in the school a polar bear — climate change.

Madeline wants her oldest daughter Abigail (Kathryn Newton) to go to Stanford and doesn’t want to accept the fact that Abigail has neither the grades nor the desire to attend. In fact, Abigail doesn’t want to go to college at all, which throws Madeline into a spinout that has more to do with her own insecurities about not having gotten a bachelor’s degree than her child’s well-being.

While Renata and Madeline experience crises over being unable to cradle their children in privilege to the degree they’d like, Celeste’s own conflicted desires to do right by her kids are tangled up in her intensely conflicted feelings about their father. “He could make mistakes, but your daddy was a beautiful, wonderful man,” she tells the boys. It’s a dramatic rewriting of their domestic history that reflects the revisions she’s been making in her own memory, but that doesn’t disperse the dread that bubbles up whenever she believes the twins are reenacting aspects of their father’s abuse. In contrast, Jane, the character who’s been most active in confronting her past pain, finally tells her son, Ziggy, the truth about his father, after learning that he already knew some of it, and had known for months. Where she’d been trying to protect him, he had been, in his own way, doing the same for her.

Maternal good intentions are what brought the characters of Big Little Lies together. The show’s Monterey is a sanctuary for raising organic children before launching them on their way to advantaged adult lives. “Everybody moves here for the education. Basically, it’s private school at a public school price,” Madeline assured Jane in the series premiere back in 2017. The show’s setting has never resembled the actual Northern California city all that much, because it’s more of an idea of a place — a blue-state answer to the idyllic heartland town, a coastal community where the air is clear, the politics are progressive, and the sensibilities are high-end crunchy (it’s fun to guess which of the characters have or have not vaccinated their offspring). And if that community is, whoops, almost uniformly white and wealthy, the residents can rest assured that it’s not explicitly exclusionary policies that are keeping it that way, just the equally effective but more indirect forces of economics and NIMBYism. 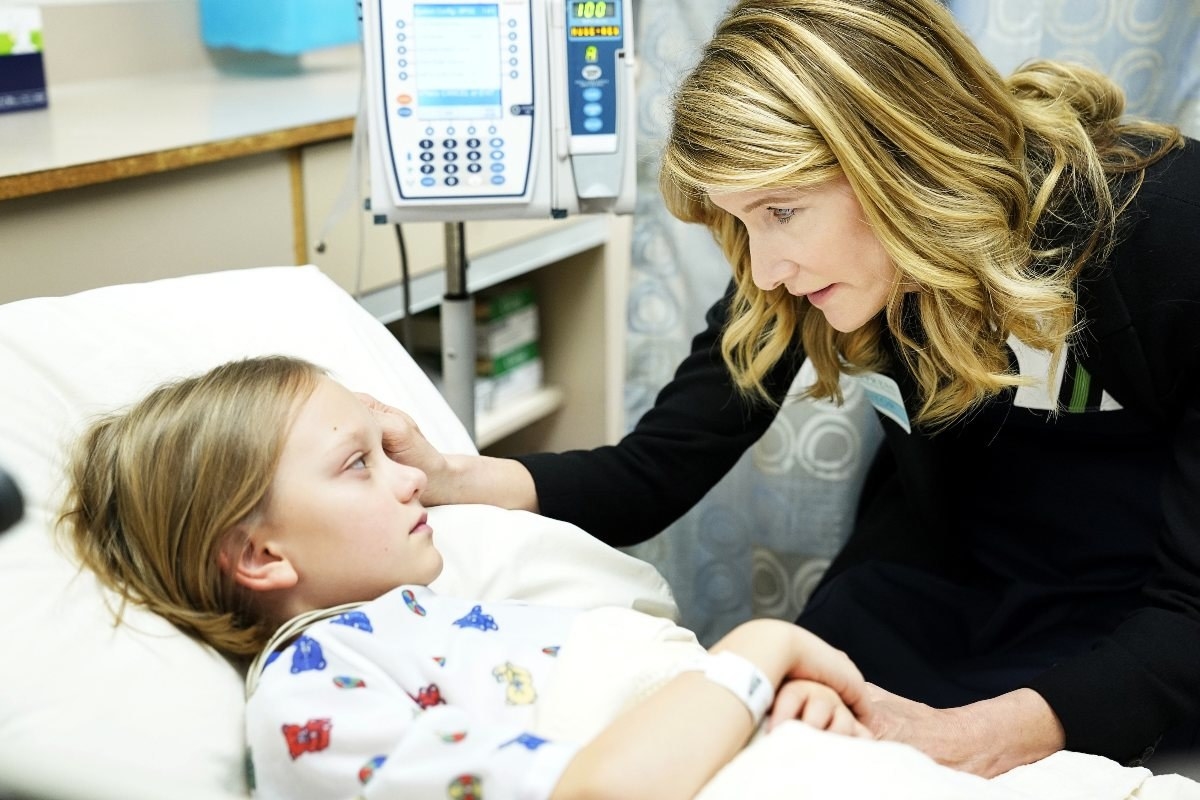 It’s all okay if it’s for the kids, right? Or at least, that’s what these characters tell themselves. Big Little Lies has always had a sly understanding of the tendencies of monied liberal enclaves where the desire to rail against economic inequality and racial injustice and ecological waste stops right at the town limits, inside of which it’s suddenly time to start calling the cops. (The series’ fumbling attempts this season to give more of a storyline to Bonnie, the only main character of color, have been continuing evidence of just where its comfort zone is.)

And in this new season, the show has tried, ambitiously and imperfectly, to extend that “do as I say, not as I do” perception up to the way its characters think about their children, challenging the belief that good parenting means that they should be sheltered from difficult realities at any cost. The children, like Jane’s Ziggy and Madeline’s Abigail, are often more aware than their parents realize or would like to believe, underscoring how much of the maternal anxiety on display is actually about the discomfort of the adults in the room.

“We have to earn our good-mom badges all over again,” Madeline told her husband as they dropped their daughter off at school at the start of the new season. “‘Has she gotten fatter over the summer? Does she look older?’ These questions get asked, Ed, and we all get judged all over again.” It was an awkwardly bald recap of the case that the series had already eloquently made — that gendered expectations get weaponized both against and by women, especially with regard to parenting, a pursuit there’s no way to be perfect at. What Big Little Lies has gone on to attempt in this new season is something tougher — to knock the halo off of maternal sacrifice, to suggest that not only is there nothing inherently good about a woman always putting herself last, but that the aftereffects of doing so can reverberate through generations.

Perry was the monster lurking in the first season, a man who appeared to be the perfect father and partner but who was twisted and ugly inside. The second season has poor, awful Mary Louise instead, a trickier antagonist who’s doing only what she believes is right, as seen through her particularly warped worldview. The show hasn’t drawn a direct line between Mary Louise’s internalized misogyny and her son’s possessive violence, but there’s definitely a connection suggested.

Perry wanted surrender from his partner — “I don’t mean to be presumptuous, but if this works out, I would have you all to myself,” he told Celeste in a flashback to the dating days she still seems to think of fondly, despite everything that happened after. Mary Louise appears to see motherhood as demanding a surrender of self, finding her daughter-in-law’s behavior so distressing precisely because Celeste hasn’t been able to completely bury her trauma and hide it from her children. The threat Mary Louise represents hasn’t turned out to be one of exposure — at least not yet. It’s a different kind of frightening, where being vulnerable and hurt and needing help becomes justification for someone to take your children away. These women may have secured places for themselves in the rarefied retreat that is Monterey, but they’re not safe from their own demons being used against them. ●