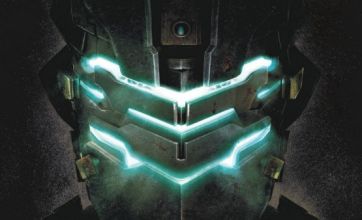 An exclusive Steam offer for the Dead Space remake nets you Dead Space 2 as well, but only if you pre-order the game first.

One of 2023’s first big releases, the remake of the original Dead Space, is nearly upon us, and is scheduled to launch at the end of January.

EA and developer Motive Studios have given fans of the series, and horror games in general, plenty of reasons to be excited. Since its announcement, they’ve shared various updates highlighting everything from the gameplay to the audio design.

Now, it’s been revealed that buying the remake nets you another game for free… as long as you’re buying the PC version on Steam.

The game in question is, appropriately, Dead Space 2. As in the original Dead Space 2 from 2011, not any sort of remaster or remake.

So, if you’re a new fan and you find yourself loving the remake, you can immediately jump into the sequel at no extra cost.

We’re not entirely sure how long this offer has been available, since EA hasn’t exactly advertised it. After a quick scout, we couldn’t find mention of it on either EA’s Twitter or the official Dead Space account.

At the very least, it appears to be exclusively for Steam pre-orders. So, if you want the free extra, you shouldn’t wait until after the remake is out.

The remake’s listing assures buyers that anyone who’s already pre-ordered the game will automatically receive Dead Space 2 as well.

The game’s listing on the Epic Games Store makes no mention of including Dead Space 2 and neither do the listings on the PlayStation and Xbox storefronts.

In the case of the Epic Games and PlayStation stores, this can probably be attributed to the fact that Dead Space 2 simply isn’t available.

However, you can still buy Dead Space 2 on the Xbox store, with it available on both the Xbox One and Xbox Series X/S as part of EA Play or as a separate purchase for £14.99. You can even still buy all the DLC.

To submit Inbox letters and Reader’s Features more easily, without the need to send an email, just use our Submit Stuff page here.

For more stories like this, check our Gaming page.