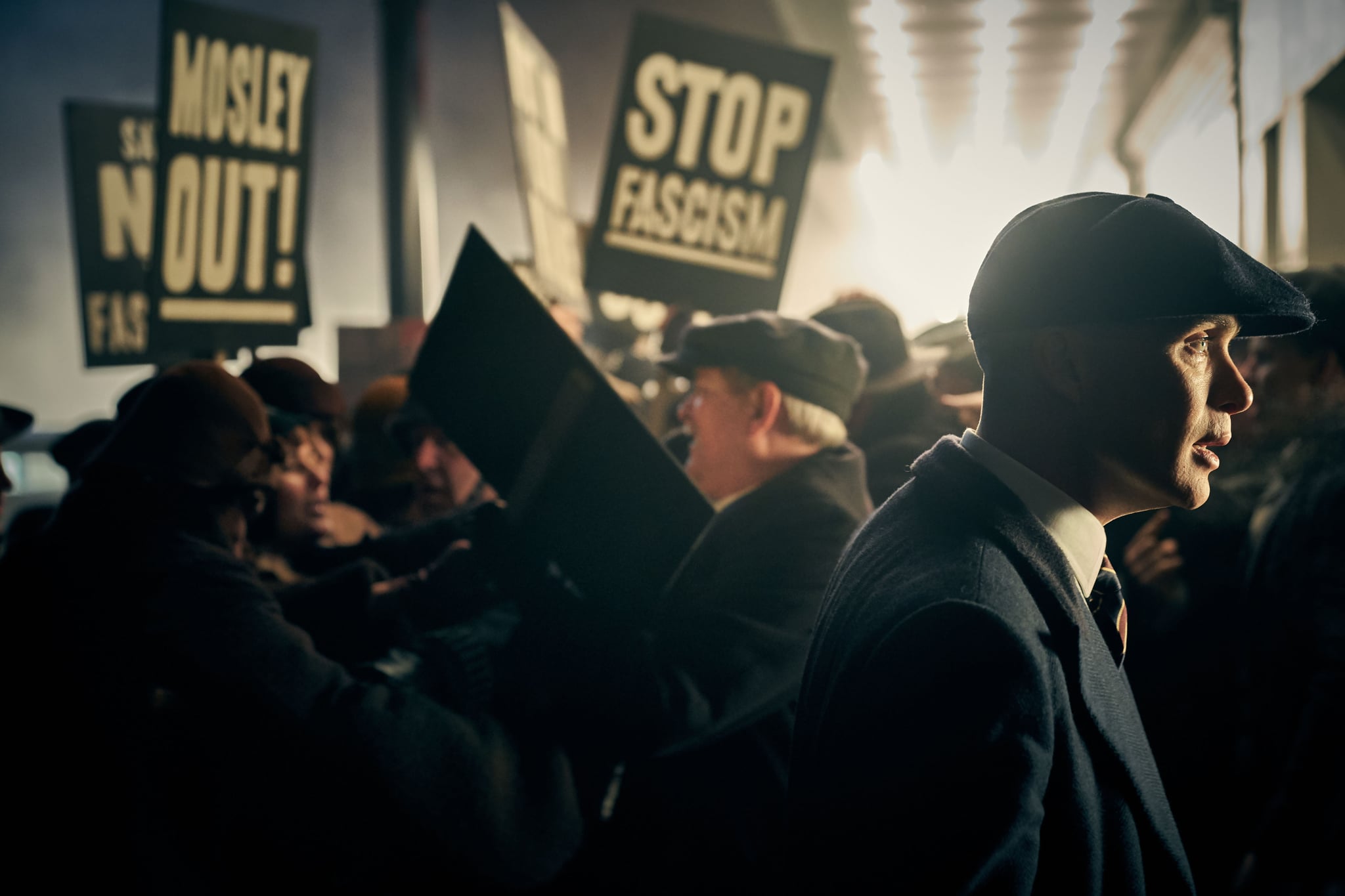 Season five of Peaky Blinders — which hit Netflix in the US on Oct. 4 — is a wild ride, and the good news for fans is that season six of the show is definitely happening. The show’s creator, Steven Knight, confirmed that at least one, if not two new seasons are on their way, and scripts for season six have already been written. Speaking to the Birmingham Press Club, he said, “We are definitely doing six, and we will probably do seven. After series four, it went mad.” So what can we expect from the Shelby family in the future?

Who’s In the Cast for Peaky Blinders Season 6?
Don’t worry — Tommy Shelby isn’t going anywhere. According to Knight, “We’ve talked to Cillian Murphy, and he’s all for it, and the rest of the principal cast are in for it.” That means we can safely expect the return of Paul Anderson as Arthur Shelby, Helen McCrory as Polly Gray, Natasha O’Keeffe as Lizzie Shelby, Kate Phillips as Linda Shelby, Harry Kirton as Finn Shelby, Finn Cole as Michael Gray, and Anya Taylor-Joy as Gina Gray. As Tommy continues to battle his inner demons, more flashbacks and visions starring Annabelle Wallis as Grace Shelby are also a possibility.

Which Actors Will Join the Cast of Peaky Blinders Season 6?
Each season of Peaky Blinders tends to welcome a big name in a new guest role: previously we’ve enjoyed Sam Neill as Major Campbell, Tom Hardy as Alfie Solomons, Adrien Brody as Luca Changretta, and Aidan Gillen as Aberama Gold. Season five brought in Sam Claflin as Oswald Mosley, and given the events at the end of season five (not to mention the fact Mosley is a real historical figure with a much bigger story to tell), it’s no surprise that he will return — something that was confirmed by director Anthony Byrne and Claflin himself on a podcast for BBC Sounds. Byrne also stated that Gina Gray’s family will play a part in future plots, which could open the doors for more American actors to make an appearance on the show.

Where Will Season 6 of Peaky Blinders Be Set?
There’s been a lot of talk about Peaky Blinders moving to America, with mentions of Al Capone and Michael’s secondment to the USA, where he meets and marries the scheming Gina. The confirmation that Gina’s family will appear in season six suggests there will continue to be an American influence in the show, but it does seem like Knight, who is from Birmingham himself, prefers to keep at least some of the action in the Midlands. This not only keeps the Shelby family in familiar (and safe) surroundings but also allows the cast and crew to continue to use reliable and memorable locations, like the Black Country Living Museum, which featured more than ever in season five.

When Will Peaky Blinders Season 6 Air?
As with season five, the BBC remains very tight-lipped about the exact details surrounding new episodes of Peaky Blinders, but they will definitely air on UK TV screens first. Anthony Byrne speculated that we could expect the new season in “early 2021” and it’s likely we won’t get much advance notice of a premiere date. Season five was teased for months, but the date of episode one wasn’t confirmed until a few weeks before it aired on BBC One. It’s likely that international viewers, including those in the USA, will be able to stream the new series on Netflix shortly after the series wraps on the BBC. Season five finished at the end of September 2019 and hit Netflix on Oct. 4, so this suggests a February 2021 release could be in the cards.