Moral of the story: never tell Dolly Parton what to do. In an Instagram post this week, the iconic country singer shared with the world that she’s ready for Christmas, even if it’s not quite December. Despite being a few months early, she’s already celebrating in style.

“Me, when someone tells me it’s too early for Christmas music,” the singer joked in the caption of a photo of her in a full Santa Claus ensemble. With a black belt accentuating her waist, and a daring cutout revealing cleavage, Parton modified the classic holiday outfit and made it her own.

The 9 To 5 singer has been a longtime fan of Christmas time and has plenty of music, shows and movies to show for it. She even has an advent calendar up for grabs!

This year, Parton will be starring in the TV Movie Dolly Parton’s Mountain Magic Christmas, Deadline reported earlier this year. NBC described the movie (available December 1) as a “modern-day musical about the making of a network TV special.”

“Dolly Parton’s Mountain Magic Christmas is the frenetic backstage story and delightful on-camera results of Dolly’s desire to uplift an exhausted world’s spirits by sharing the unique “mountain magic” she has always found in and around Dollywood at Christmas,” the official description read.

The synopsis continued, “Throughout the movie’s production numbers and rehearsal chaos, Dolly finds herself taking a private journey into her past, guided by the mysterious appearances of her personal Three Wise Men. When it’s time for her big special to air live, a renewed and inspired Dolly goes rogue and shows the world that the real magic of Christmas lies in the hearts of the children we all once were, the realization that Christmas is about the people we share it with, and how her faith remains the common thread between Christmases past, present, and future.” 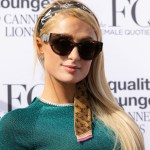 Before you go, click here to see our favorite country music couples.