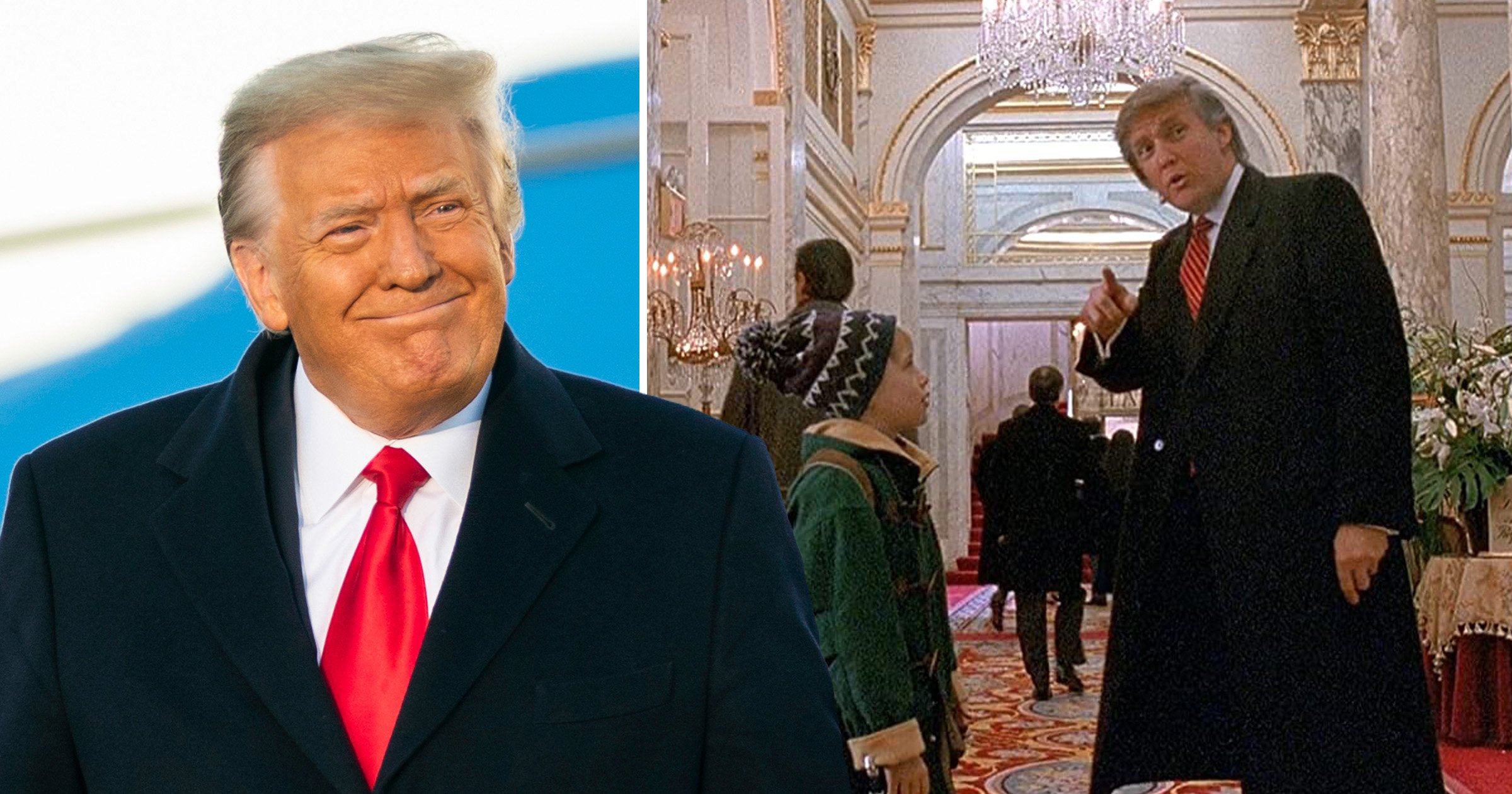 Donald Trump has issued his first direct statement since leaving office – to share his pride at appearing in Home Alone 2.

The former President of the United States also boasted of his appearances in Zoolander, Wall Street: Money Never Sleeps and The Fresh Prince of Bel Air in a letter he sent and signed Thursday.

It was mailed to The Screen Actors Guild – American Federation of Television and Radio Artists, a Hollywood-based showbiz union, to announce Trump’s resignation from the body.

Top SAG-AFTRA bosses discussed expelling Trump in the wake of the US Capitol riots in January 6 he now stands accused of inciting.

He had been due to face a disciplinary hearing from the union in the coming days. The former president’s pull-no-punches style was on full display in the letter, which began: ‘I write to you today regarding the so-called Disciplinary Committee hearing aimed at revoking my union membership. Who cares!

‘While I’m not familiar with your work, I’m very proud of my work on movies such as Home Alone 2, Zoolander and Wall Street: Money Never Sleeps; and television shows including The Fresh Prince of Bel-Air, Saturday Night Live, and of course, one of the most successful shows in television history, The Apprentice—to name just a few!’

Trump went on to highlight how he had ‘greatly helped the cable news business,’ with ratings on hostile networks including CNN and MSNBC rocketing during his divisive presidency.

He then took a direct aim at the SAG-AFTRA itself, saying: ‘Which brings me to your blatant attempt at free media attention to distract from your dismal record as a union.

‘Your organization has done little for its members, and nothing for me—besides collecting dues and promoting dangerous un-American policies and ideas—as evident by your massive unemployment rates and lawsuits from celebrated actors, who even recorded a video asking, “Why isn’t the union fighting for me?”‘

He was referring to a video shared by stars including Whoopi Goldberg and Mark Hamill last year slamming the union for cutting member health benefits.

Formally resigning from the union, which he joined in 1989, Trump continued: ‘I no longer wish to be associated with your union.

‘As such, this letter is to inform you of my immediate resigning from SAG-AFTRA.’

The letter was shared with Fox News, and mailed on official-looking stationery embossed with a crest and stamp saying ‘The Office of Donald J Trump.’

Last week, the president’s office shared a statement detailing his meeting with House of Representatives Minority Leader Kevin McCarthy, but Thursday’s resignation was the first time Trump’s own words have been shared in public since he left the White House on January 20.

A SAG-AFTRA spokesman has since confirmed they’d accepted Trump’s resignation, and thanked him for sending it.

That led to multiple cameos in movies such as Home Alone 2 while he owned New York’s famous Plaza Hotel, which has a starring role in the 1992 festive favorite.

He also popped-up in fashion farce Zoolander, which also featured his then-girlfriend Melania.

He went onto find success in reality TV hit The Apprentice, which saw him offer entrepreneurs the chance to work for him.

Trump’s impeachment trial begins on February 8, with the president denying charges of inciting the riots that killed five.

For more stories like this, check our news page