Elizabeth Warren had a plan to go on the attack — and she dominated the debate. But it might be too late to reignite her campaign in Nevada. 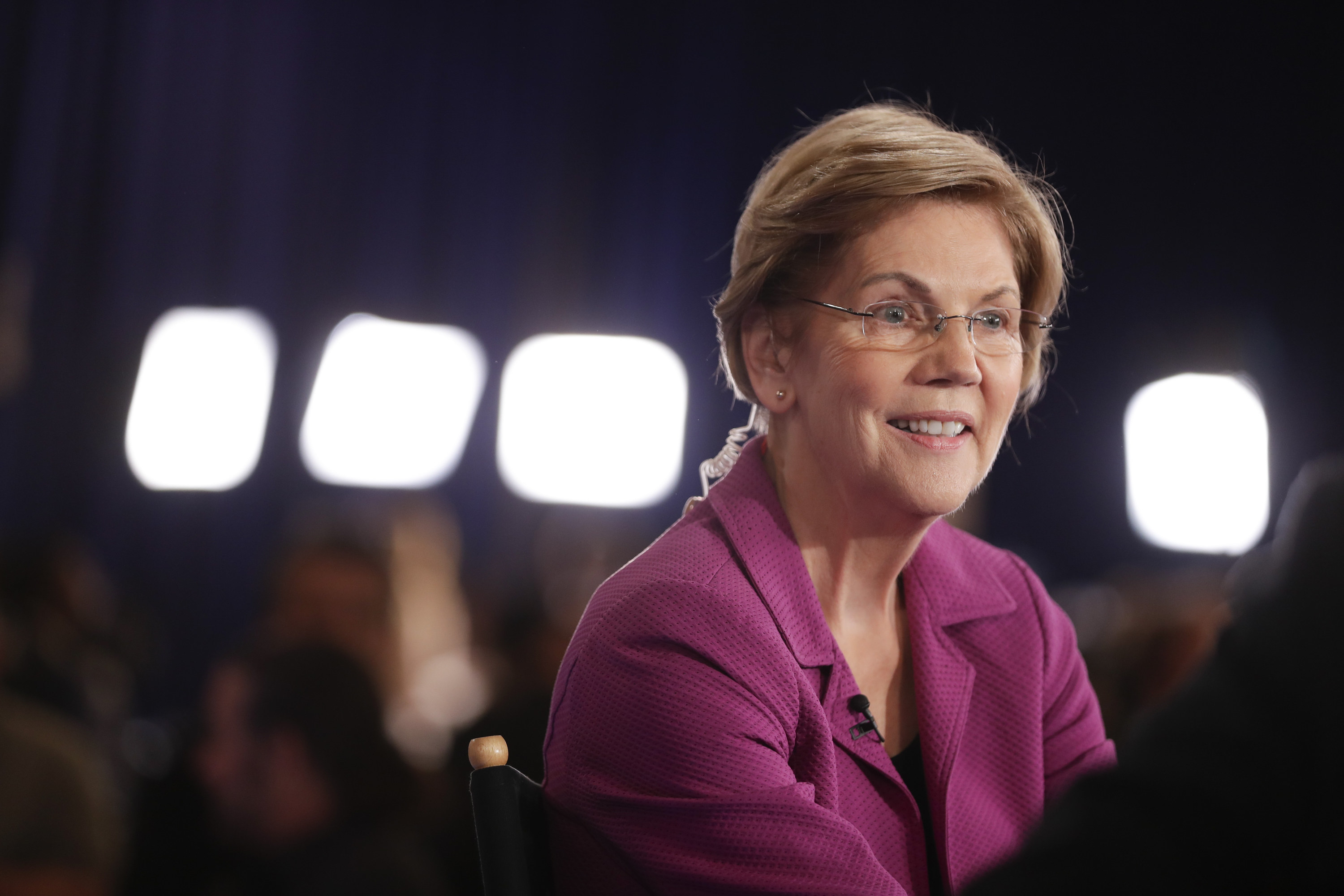 LAS VEGAS — The first question was for Michael Bloomberg and Bernie Sanders, but seconds into the Democratic debate Wednesday night, Elizabeth Warren’s hand was already raised.

Warren had come into the debate with a plan that, for once, had nothing to do with policy: a blistering attack on Bloomberg, accusing the billionaire of “hiding his tax returns, of harassing women, and of supporting racist policies.”

“Look, I’ll support whoever the Democratic nominee is,” she said, the first time she was able to speak. “But understand this: Democrats take a huge risk if we just substitute one arrogant billionaire for another.”

She was just getting started. By the end, Warren had raked in a staggering amount of money in online fundraising — $2.8 million, her campaign said, the best total of her entire campaign.

In debate after debate throughout the primary, Warren has mostly stayed above the fray, sticking to a message laser-focused on corruption, inequality, and her childhood in Oklahoma. Facing sliding polls, she had begun to pitch herself as the “unity candidate,” chastising other Democrats for running divisive campaigns.

That all looked starkly different Wednesday. Warren deliberately went after Bloomberg, and then she went after him again. She inserted herself repeatedly into the debate, ending the night with the most speaking time of any candidate. And she went after other moderate Democrats, too, mostly on health care — a subject where she has previously often found herself on the defensive.

There was a cutting line to Amy Klobuchar, with whom she has previously drawn friendly alliances: “Amy, I looked online at your plan — it is two paragraphs.”

It’s impossible to say what kind of effect — if any — Warren’s blistering debate will have on the election. She needs, badly, to inject momentum into her campaign — but more than 70,000 Democrats in Nevada, which holds caucuses on Saturday, are expected to have already voted, rivaling the total number of Democratic caucusgoers in 2016. And there’s yet another debate before the next state, South Carolina, votes next week.

But the change was notable, in part, simply because it was a change at all.

Warren’s rise in the polls last year was fueled by a single, steady strategy: a campaign focused on her plans to end corruption and tax the wealthy to pay for a vast array of social services.

Even as she began to see her support slide last fall, dogged by persistent questions about her health care policy and voters’ anxieties about her electability, Warren’s town halls and debates mostly stayed the same.

In the New Hampshire debate last week, after a third-place finish in Iowa, she stuck even more closely to her core anti-corruption message.

Her most news-grabbing moment was a single word, after was asked directly whether she thought Pete Buttigieg’s defense of his record on race was sufficient: “No.”

Warren launched into an impassioned speech about Democrats, race, and criminal justice policy. But stories the next day focused on Amy Klobuchar, who had sparred repeatedly with other Democrats. Klobuchar finished a shocking third in New Hampshire, doubling Warren’s vote total.

In the wake of Iowa and New Hampshire, Warren’s supporters grew frustrated with the focus on Klobuchar, especially, that favored momentum over results that put Warren third among delegates nationwide. Yesterday, NBC, which hosted the debates, released a poll that excluded Warren from a key question — a flashpoint for claims the media had “erased” Warren.

Her campaign immediately claimed victory in the debate in Nevada Wednesday and blasted out the fundraising numbers.

That was notable, too, for an operation that has historically avoided the normal drumbeat of political campaigns — refusing to trumpet short-term fundraising goals, declare debate victories, or talk about Warren’s standing in polls.

It’s money she will badly need to stay in the race through Super Tuesday, March 3, when 16 states and territories vote and about a third of all delegates are up for grabs.

The one place where Warren’s debate strategy worked unquestionably: online, where memes compared her to Britney Spears and Leslie Knope and clips of her attack on Bloomberg — including one set to the soundtrack of Titanic — exploded along with her fundraising numbers.

More on the debate