The sitcom “One Day at a Time,” about a multigenerational Cuban-American household, has had a complicated plotline of its own. When Netflix canceled the show last year after three seasons, it was rescued by a cable network, at least in part because of the outcry from its small but passionate fan base.

But a year later, the show has come to the end of the road: Its creators announced this week that the series wouldn’t be coming back, dealing a blow to the representation of Latino families and L.G.B.T.Q. people on television.

“It’s officially over,” Gloria Calderón Kellett, one of the show’s creators, said on Twitter on Tuesday, adding that there would be no new episodes. “But there will always be 46 episodes that we got to make that live FOREVER.”

The series debuted in 2017 on Netflix, where it ran for three seasons. The streaming giant received significant backlash on social media when it canceled the show, and TV critics lamented the decision.

On Twitter, fans enraged by the 2019 cancellation told Netflix that by abandoning shows like “One Day at a Time,” the platform was suggesting that Latinos’ stories weren’t important, regardless of views.

The series, which was adapted from a classic Norman Lear sitcom of the same name, follows a multigenerational Cuban-American family including a newly divorced mother, her children and their grandmother, all living under one roof. 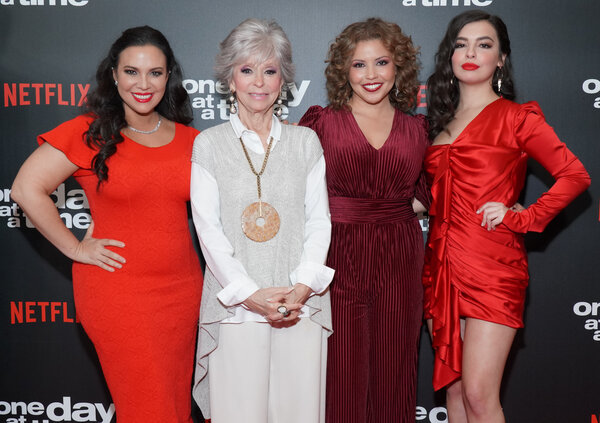 The day that Ms. Calderón Kellett, who is Cuban-American, and Mike Royce, her co-creator, found out Netflix didn’t want a fourth season, executives at Sony Pictures Television, the show’s producer, vowed to get “this show on somewhere.”

Pop TV, a ViacomCBS-owned cable channel perhaps best known for “Schitt’s Creek,” decided to take the show in 2019, but it did not renew for another season next year. Because of the pandemic, only part of the fourth season was produced.

With the news that the long-shot effort to find the show a new network was unsuccessful, dedicated fans of the show were let down again. José Eduardo Villalobos Graillet, who teaches Spanish at the University of Toronto, said he saw himself and his Latino culture in the family.

“It was like seeing myself reflected,” Mr. Villalobos Graillet, 35, said. As a gay Mexican immigrant, he said he especially appreciated seeing the discourse when one of the show’s young characters, Elena Alvarez, came out to her family.

Latinos are the largest ethnic minority group in the United States, accounting for more than 18 percent of the population. But according to a 2016 report from the University of Southern California Annenberg School for Communication and Journalism, only 5.8 percent of speaking or named character TV and film roles were played by Latinos.

“To me, it’s a huge loss,” Jason Ruiz, an associate professor of American studies at the University of Notre Dame, said of the show. “There’s been such a desert of Latino representations in English on TV.”

“It makes a bleak media landscape even bleaker,” he added.

Family sitcoms are an important medium on TV, Professor Ruiz said. Even including English-language shows like “Jane the Virgin” that portrayed Latino families but were based on telenovelas, Spanish soap operas, depictions of Latino families on mainstream English-language television are comparatively scarce, he said. “One Day at a Time” was traditional, he said, taking place mostly inside the Alvarez family’s living room. Its characters also went through the same challenges that many other families go through.

“What they were trying to do is cultivate a mainstream audience in a really bold way,” he said. “The more mainstream you are, the most palatable you had to be.”

Speaking personally, Professor Ruiz said “One Day at a Time” was the only show he had ever known to accurately represent his Colombian partner’s immigrant experience.

“You need niche storytelling, and you also need mainstream representation to say that Latino families are a part of this country,” he said. “We are important. We matter.”