The nation’s first statewide system will send emergency alerts to cell phones, giving residents up to 20 seconds of warning before shaking begins. 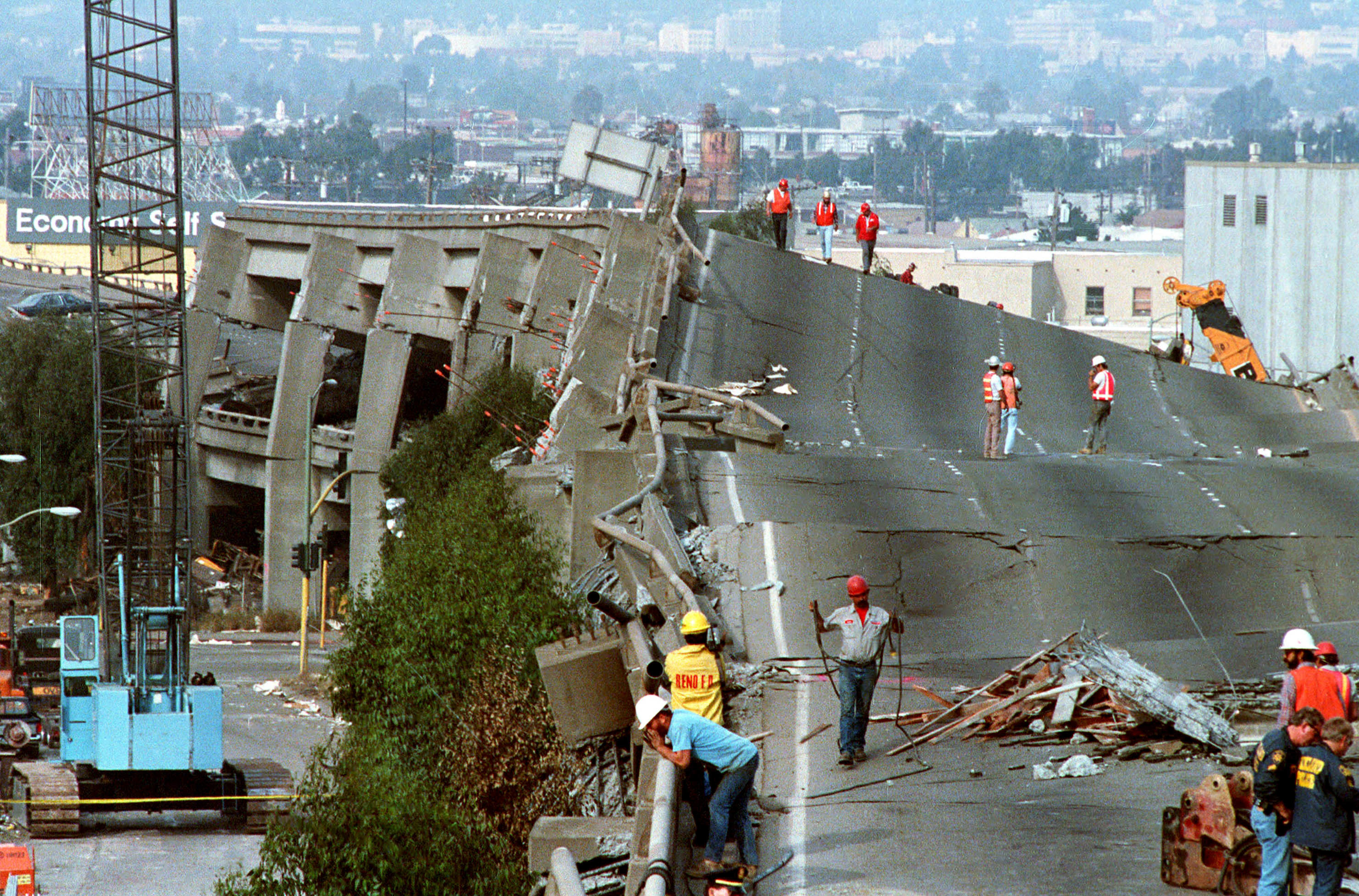 Workers check the damage to Interstate 880 in Oakland, California after it collapsed during the Loma Prieta earthquake 30 years ago.

LOS ANGELES — Millions of people across California will now receive alerts on their phones seconds before the ground begin to shake during an earthquake, a major milestone in a years-long endeavor to better prepare residents for the Big One.

Standing in front of the backdrop of the Bay Bridge 30 years to the day after the catastrophic Loma Prieta earthquake struck the San Francisco Bay Area, toppling buildings, collapsing part of the bridge and a major freeway, and causing dozens of deaths and thousands of injuries, officials announced Thursday that the nation’s first statewide earthquake early warning system was ready to be released to the public.

“Today we are making a big leap forward in terms of focusing attention on prevention,” Gov. Gavin Newsom said. “This is about 10 seconds, it’s about 15 seconds, this could be as much as 20 seconds of early warning.”

The new system will warn residents that shaking is about to begin through the wireless emergency system that uses the same delivery method to issue Amber Alerts, as well as a new app called MyShake. While the wireless alert system will automatically push notifications to cell phones, residents will need to download the app to receive the alerts in areas without cell phone coverage.

Developed by seismologists at the University of California, Berkeley, MyShake is designed to alert the public when a magnitude 4.5 earthquake or greater has been detected, and has been shown to be faster than other alert delivery methods. The wireless emergency alerts will be sent in the event of a more significant quake — magnitude 5.0 or greater.

Depending on their proximity to the epicenter of an earthquake, people may receive alerts before, during, or even after shaking begins.

Still, officials hope the seconds of warning will give people enough time to drop and cover and save lives when the next earthquake inevitably strikes. The warnings will also allow time for doctors to suspend surgeries, operators to slow or stop transit systems, and for utilities to shut off gas and electrical lines. 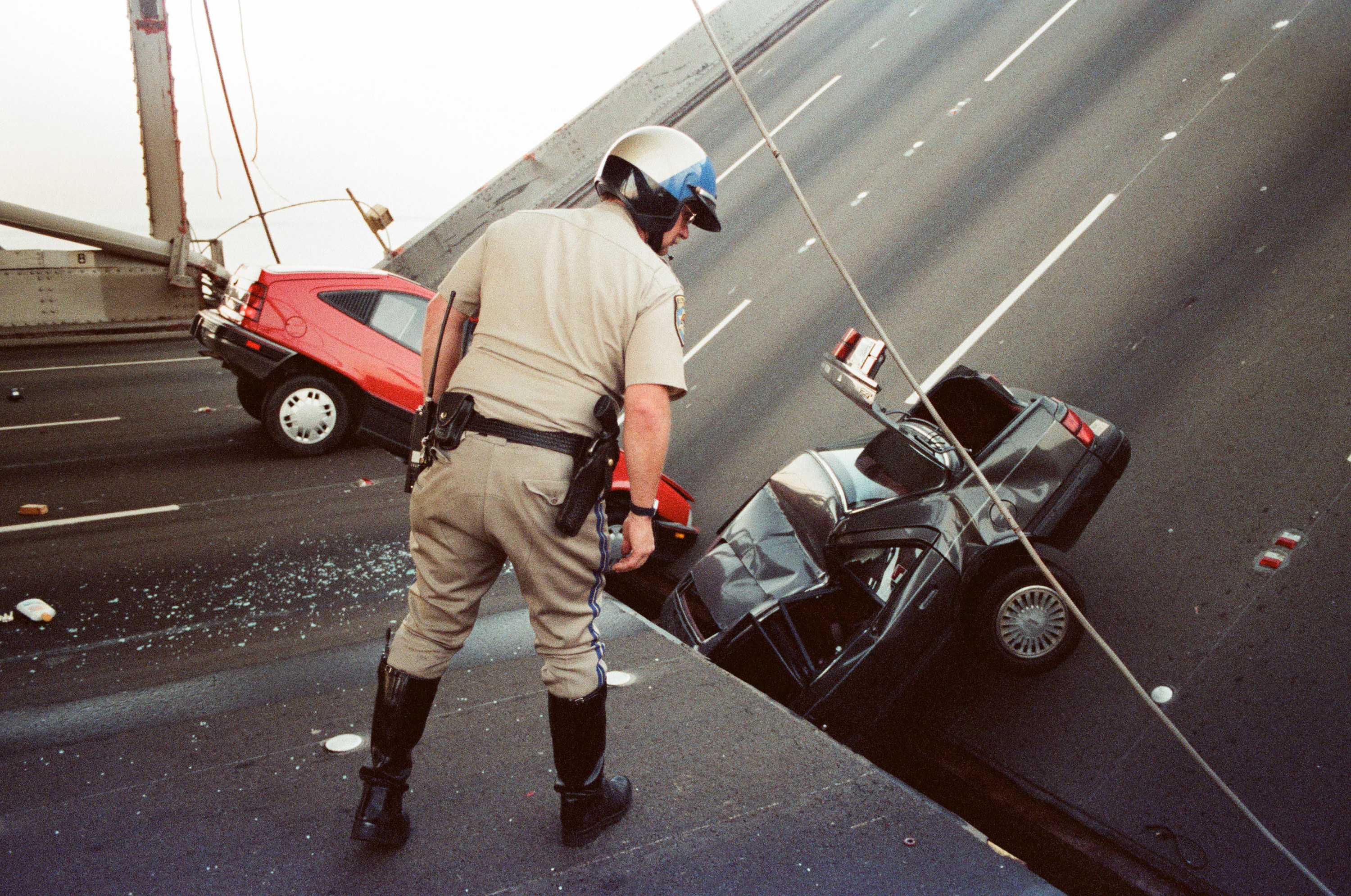 An officer checks the damage to cars that fell when the upper deck of the Bay Bridge collapsed onto the lower deck in the Loma Prieta earthquake.

The release of the statewide alerting service and app comes less than a year after the city of Los Angeles launched its own early warning smartphone app — the first earthquake early warning application to be widely released to the US public.

Both applications rely on a US Geological Survey network of ground sensors located up and down the West Coast that detect earthquakes before shaking occurs.

The early warnings are generated with data from the sensors by tracking an earthquake’s “P waves,” which travel faster through the ground than the more violent “S waves” that cause the shaking.

The California system is part of a larger federal project to provide earthquake early warning alerts to everyone living on the West Coast.

“What we learn in California will help us throughout the shake alert system,” USGS ShakeAlert spokesperson Robert DeGroot told BuzzFeed News.

Officials cautioned that the new public system unveiled this week is still a work in progress and that they would continue to improve the speed and reliability of the alerts.

“The key word is that this is a test,” DeGroot said. “We want to learn about ways to improve the speed of the delivery, getting messages to their destination and also also testing the scalability going from thousands of people to millions of people.”