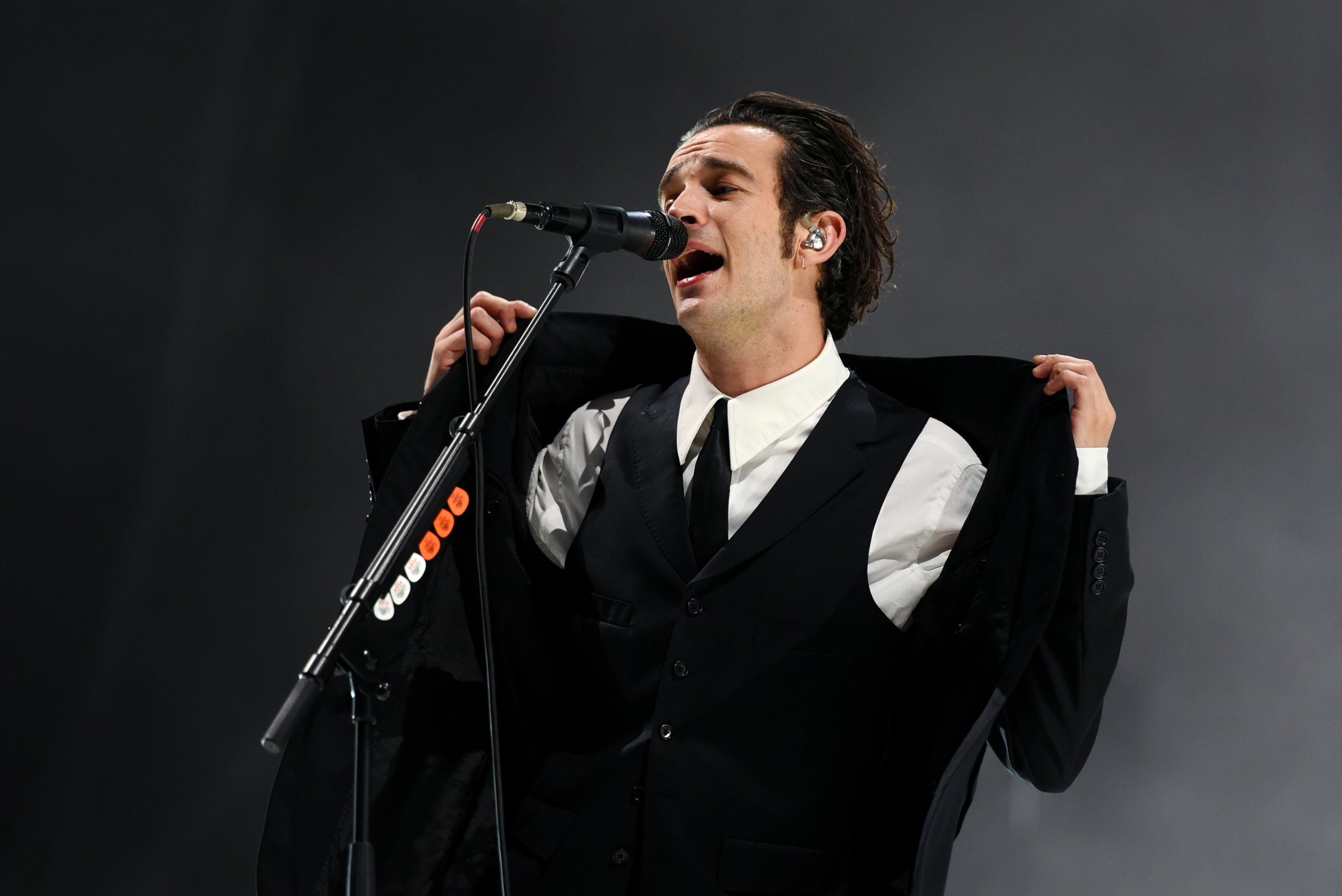 The 1975 singer Matt Healy has raised eyebrows with his latest on-stage antics after he locked lips with a fan, but the woman has jumped to the British rocker’s defense.

The 33-year-old musician was in the middle of performing the band’s hit single Robbers during a set in Las Vegas when he reached into the crowd and pulled a woman up to the stage.

In footage captured on social media, the two embrace kissing briefly, before the woman is pulled away by security.

The incident prompted a big reaction on social media, in which some labelled the actions of the singer ‘creepy’.

‘This is honestly creepy behaviour to me. The security guy clearly knows what‘s up and got her out of there. Matt looks like he pre-gamed a bit much,’ one wrote.

‘Why did security drag her like that? As if she kissed him and not the other way around,’ added another.

But the fan in question, named Isabella, rushed to the frontman’s defence, insisting he asked her before the kiss occurred.

‘On a real note I do want to state some facts before we get any farther, I had this on my phone because he mentioned at some point, “I can only make out with you”,’ she wrote along with a picture that read: ‘So we making out?’

It isn’t the first time Matt’s on-stage antics have caused a strong reaction after he appeared to eat raw meat in the middle of a performance.

The Chocolate singer, who is 1/4 of the British band, along with Adam Hann, Ross MacDonald, and George Daniel, has also previously spoken out of struggling with being sexualised by his fanbase.

‘People were having a romantic relationship with the band, I was sexualised to a certain extent; it was sexy, in the way that leather jackets and smoking and all that kind of s*** was sexy,’ he told The Guardian.

Matt’s mum, Loose Women panelist Denise Welch, also admitted she didn’t find the adoration of her son’s fanbase too easy to cope with either.

He admitted he found this depiction difficult due to struggling with his mental health as he hadn’t dealt with some traumatic ‘early sexual experiences’.