Netflix’s “Untold” docuseries is set to conclude next week with an in-depth look at tennis superstar Mardy Fish’s experience with diagnosed anxiety.

HuffPost got a sneak peek at “Untold: Breaking Point,” due out Sept. 7, with the above trailer. In it, Fish recalls the state of his physical and mental health in 2012, when he stunned fans by withdrawing from a U.S. Open match with Roger Federer following a career-best season.

At the time, the three-time Grand Slam quarterfinalist and 2004 Olympic silver medalist had been experiencing heart arrhythmias, for which he underwent cardiac ablation surgery. The panic and anxiety attacks that accompanied his condition, however, were another matter altogether.

“I had trained for my entire life,” Fish, now 39 and a mental health advocate, explains in the trailer. “I had to win every single time, but I had a case of severe anxiety disorder. There’s such an intense level of competitiveness. All of a sudden, my mind is in a million places.”

Filmmakers Maclain and Chapman Way, who directed “Breaking Point” and produced all five episodes of “Untold,” told HuffPost they hope the episode will “open a lot of peoples’ eyes as to what true mental toughness looks like.” 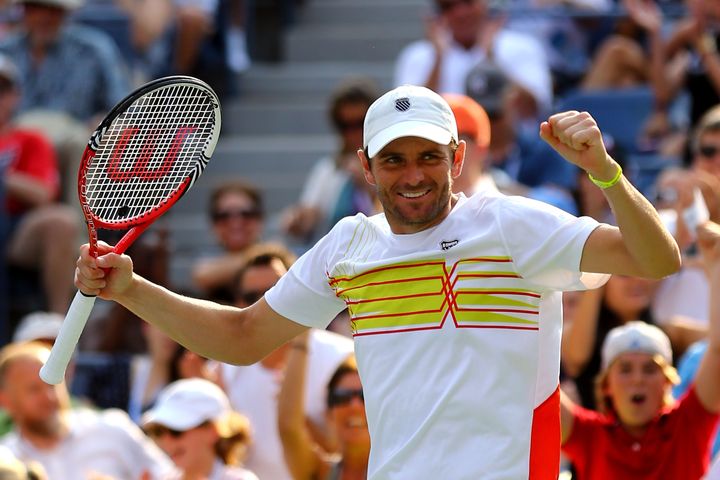 “Although [Fish] has climbed the highest ranks in his sport, his honesty and self reflection is truly courageous stuff,” the sibling duo, best known for Netflix’s “Wild Wild Country,” said in an email.

Fish’s story, of course, feels especially topical this year. In May, tennis player Naomi Osaka announced she was dropping out of the 2021 French Open after experiencing “long bouts of depression.” Her decision to prioritize her mental health over her career drew support from fellow athletes and sponsors, but the reaction from tennis aficionados was mixed.

“Mental health is a bit of a taboo in society, and even ten fold more in tennis, where ‘mental toughness’ is considered one of the greatest strengths in the sport,” the Way brothers said. “Mardy’s struggle is ultimately one that millions of Americans identify with … the most surprising thing about Mardy is how relatable he is as a human.”

“Untold,” which debuted on Netflix Aug. 10, chronicles five of the most significant sports events in history. The premiere episode, “Malice at the Palace,” takes a detailed look at the 2004 NBA brawl between the Indiana Pacers and the Detroit Pistons.

Released Aug. 17, “Deal with the Devil” examines the years of physical and mental abuse that boxing champ Christy Salters Martin experienced at the hands of her ex-husband and former trainer.