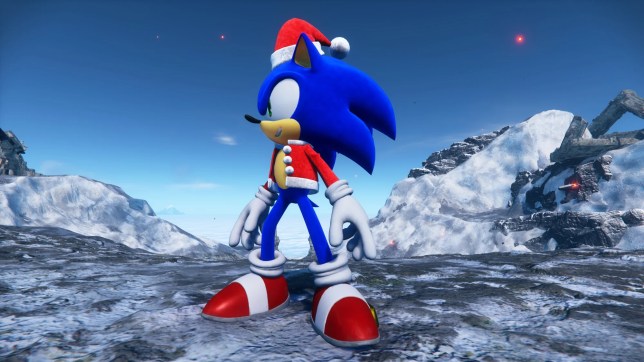 The Friday letters page wishes everyone a very merry Christmas, as readers look back at the best moments from 2022 and what’s to come for 2023.

To join in with the discussions yourself email [email protected]

Crash course
Not to be a downer near Christmas but I definitely agree with suggestions that Sony’s policies at the moment are putting gaming out of reach of everyone but the comfortably well off. I’m not prepared to say that it’s a purposeful business decision though, I think these things were just decided before Brexit and the pandemic and they’ve happened to turn out to be bad choices.

Coincidences or not though, video games have never been more expensive at a time when most people have never had less spare cash. I think there’s a genuine danger that this perfect storm of problems could cause another worldwide video game crash, especially in the UK.

Subscription services could help to take the edge off it but the PlayStation’s one is still fairly basic and Game Pass is still limited by Microsoft’s slow output of new games. The 1983 video game crash didn’t last that long but for a while there ordinary people just completely gave up on games and I can definitely see that happening again, until things get better.

I know I’m already counting the pennies, and ruling things out that I previously intended to get, and if everyone does that then we could see some real seismic change.
Purple Ranger

We have had decades of evidence suggesting that Kojima is much better at making games than movies and yet still he persists, and now people are actually encouraging him.

He can do what he wants of course, I do respect the man, but I do view a lot of his career as a bit of a waste. He always needed that business partner/producer telling him no and at this point it’s just too late. Not only will he never listen now but the guy’s going to be 60 next year, even if he doesn’t look like it.
Gadfly

By request
Thank you for your review of Norco. I’m glad I was the one person who had heard of it and brought it to your attention. Really enjoyed your review which confirmed I’ll be buying it in the near future.

This is the second time I’ve written in to you regarding an indie review (last year I asked about Wildermyth) and the second time you’ve been good enough to do the honours. So massive thanks and once again, to me something which separates you from other websites. Merry Christmas to you all, enjoy your well earned break!
DuckOfDeath82 (PSN ID)
PS: Big shout out and festive cheer to all your readers. Another feature that makes your site stand out: the mature, informed, and interesting opinions shared daily by your readership.

E-mail your comments to: [email protected]

Things can only get better?
Just want to send a quick message to everyone at GameCentral (staff and readers) to wish you all a merry Christmas.

The games I have enjoyed most this year are Return To Monkey Island and Teenage Mutant Ninja Turtles: Shredder’s Revenge. I am hoping for more modern takes on the classics in future!

Reader’s thank you
Merry Christmas to everyone and thank you to everyone that contributes to this site. GC, obviously, but also all the readers and their Reader’s Features and Inbox letters. Things can get heated sometimes but I find that the level of discussion here is far better than almost anywhere else on the internet, and I’m grateful for that.

Some of the Reader’s Features might be very angry but so many of them are really well written and have made me reassess my position on many different questions.

So here’s to more in the new year and I look forward to reading GC’s Top 20 of 2022 and, I assume, other Christmas features.
Oilert

You’ve never had it so good
So 2022 is coming to an end and I think it’s been a generally good year for gaming. Well, maybe not gaming but certainly games. All the publishers have acted like corporate animals, as usual, but I’ve been very impressed by almost everything I’ve bought this year.

Horizon Forbidden West was great, God Of War Ragnarök was great, Elden Ring was great… I even liked Lego Star Wars. The quality of games has never been higher, in my opinion, and hopefully 2023 will be the same and see the end of the problems caused by the pandemic.

I’m also hoping to see news on the Switch 2, The Elder Scrolls 6, and whatever it is that Sony’s being so secretive about. 2022 has been great and 2023 could be even better. So here’s to that and a merry Christmas to everyone!
Pinky

Make it stop
I’m kind of stuck for what to wish for next year, in terms of all this Activision Blizzard nonsense. On the one hand I want Microsoft to be told no and the whole thing will be over but on the other you know they’ll never take no for answer and that’ll just make it go on for even longer.

I bet by the time the whole thing is settled they could’ve made their own Call Of Duty killer themselves and saved themselves the time, trouble, and money.
Grackle

A funny year
Hopefully in before you go off on holiday but just wanted to say merry Christmas to the GC staff and all the Inbox readers.

It’s been a strange year of gaming for me, having made effort early in the year to get through a few games (Guardians Of The Galaxy, Spider-Man: Miles Morales, Gears 5, Astro’s Playroom) I had a massive lull from about April until just recently.

I’ve had The Last Of Us Part 2 and Halo Infinite on the go for months but only recently returned to The Last of Us Part 2. That’s partly because some loft renovations meant the consoles were disconnected for a good month or two, but also just a bit scunnered by the commitment required for AAA gaming these days. Anytime I’d think about playing I’d realise the games and consoles needed a huge update so I’d end up having a quick bash on Resogun, Luftrausers, or Lonely Mountains: Downhill instead.

There have been some excellent games released this year, so I’d say overall, lingering effects of the pandemic considered, it’s been a good year for gaming. Looking forward to getting stuck into my Christmas games Mario + Rabbids Sparks Of Hope, Bayonetta 3, and Gran Turismo 7 in 2023 (+ three years).
Magnumstache

Inbox also-rans
Well, it’s that time of the year again GC. Merry Christmas to everybody and I hope you all have a happy New Year! Best Wishes.
Neal Down

E-mail your comments to: [email protected]

The small print
New Inbox updates appear every weekday morning, with special Hot Topic Inboxes at the weekend. Readers’ letters are used on merit and may be edited for length and content.

You can also submit your own 500 to 600-word Reader’s Feature at any time via email or our Submit Stuff page, which if used will be shown in the next available weekend slot.