Thunberg was among a group of young activists who protested over a disagreement about the Fridays for Future movement’s demands. 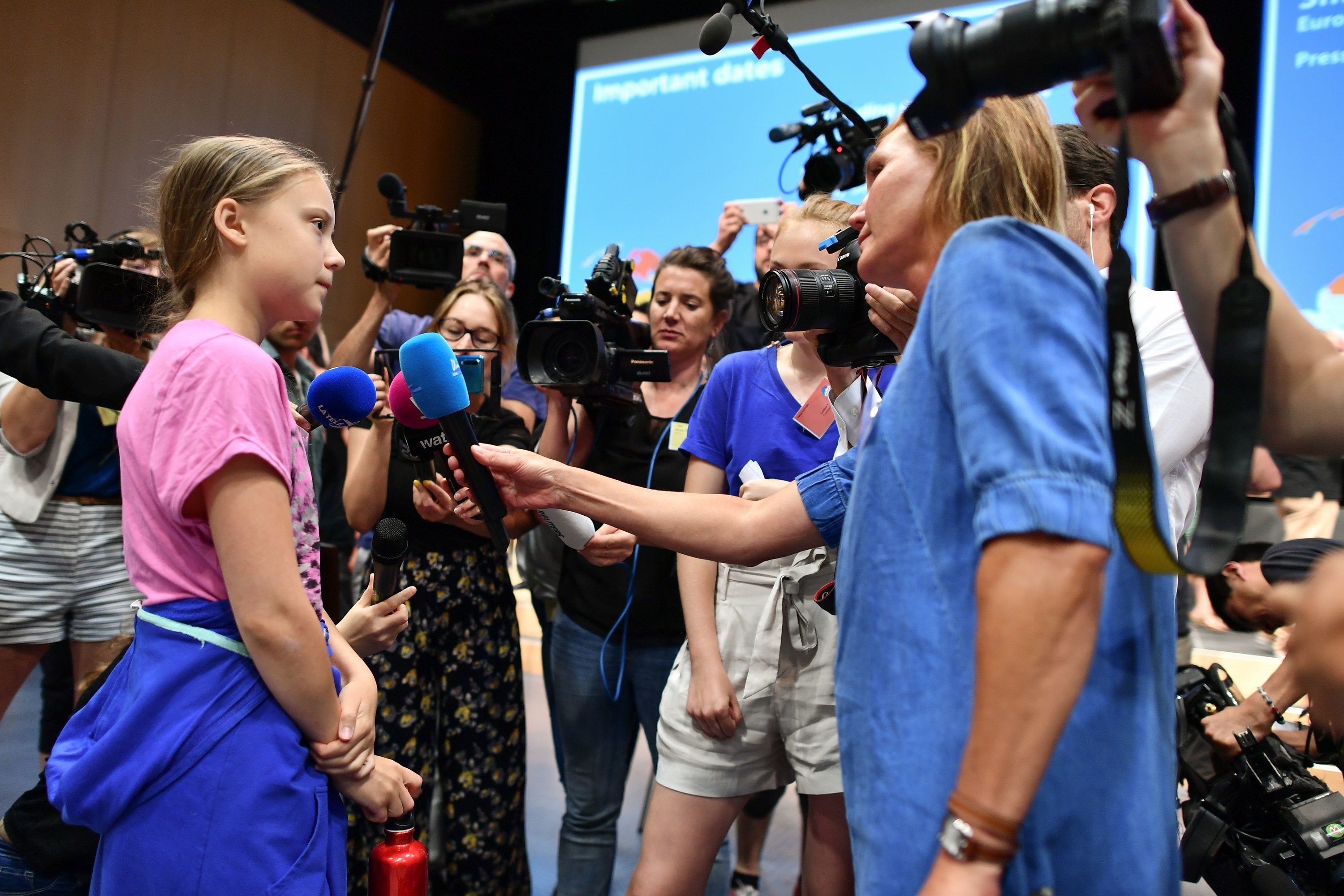 Greta Thunberg speaks to reporters after the opening press conference of this week’s summit.

LAUSANNE, Switzerland — Greta Thunberg was among 30 young activists to walk out of a major European meeting of more than 400 students who have spent the last nine months boycotting school on Fridays to demand action on climate change.

Thunberg, 16, has become the most visible spokesperson of the Fridays for Future movement after launching a solitary school strike in Stockholm. But during an emotional meeting Wednesday morning, a group began a sit-in outside the auditorium just before the conference was due to take up a draft platform of the movement’s demands.

This week’s summit was convened in Lausanne, Switzerland with the goal of articulating a shared vision and decision-making process for a movement that began as a spontaneous uprising but now brings hundreds of thousands to the streets worldwide. Ahead of a September meeting to discuss climate change in the UN General Assembly, the Fridays for Future movement is debating how to turn its visibility into political power that can quickly force policymakers to cut carbon emissions.

The walkout began with a fundamental disagreement about strategic vision and how key decisions should be made, the same challenges that frustrated Occupy and many other grassroots movements. The Fridays for Future activists reject formal hierarchies, and believe all voices should have equal say in decisions. But they also want to find consensus on fundamental visions and strategic calls, such as the dates when major strikes will be held. And trying to respect both principles threatened to derail the conference in Lausanne as it entered its third day.

The split came to a head as the conference was taking up a list of demands. A committee had met the day before to revise a draft that outlined more than 20 specific policy recommendations, covering everything from reforming agriculture to curbing carbon emissions from boats. Thunberg and group of others recommended scrapping these proposals in favor of much broader principles like “follow the science,” and “climate justice for everyone.”

“Not one of us agreed to all these demands, because they’re too specific,” Thunberg said in making the recommendation. Saoi O’Connor, a 16-year-old from Ireland, was even more emphatic in arguing against specific demands as the meeting broke up. “Our movement is strong because we haven’t had to do this,” she said to another participant.

Thunberg and O’Connor declined to speak to BuzzFeed News for this story. 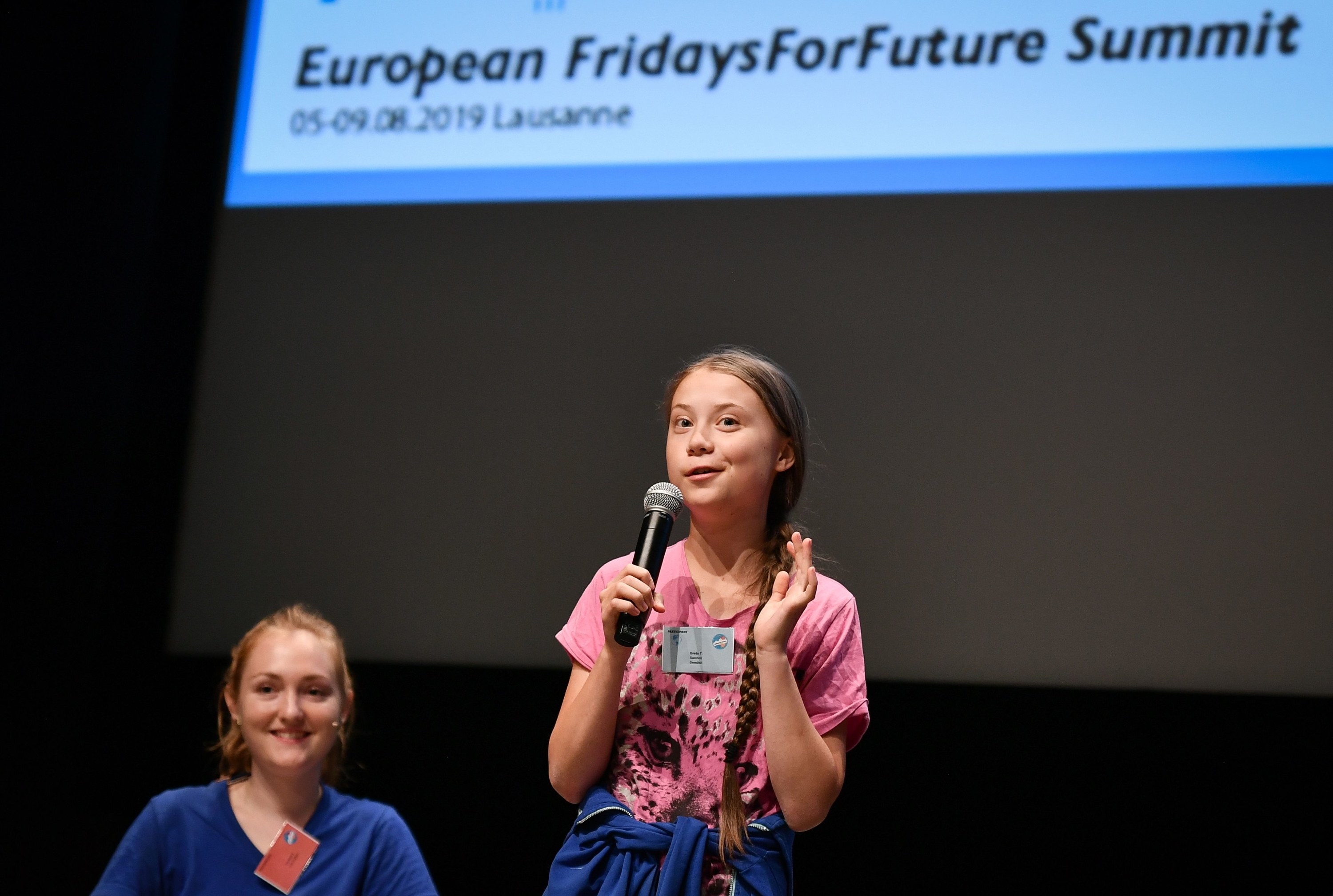 But others said that specific proposals were the only way to hold politicians’ feet to the fire, and a majority of the committee leaned in that direction. The group struggled to reach consensus, and many of the dissenters left as the meeting ran late. As the full conference prepared to take up their proposals, O’Connor walked out, and was soon joined by Thunberg and many others.

“We thought, if we [went on strike because we] didn’t like the government not listening to us about climate change, and we don’t like how they’re not listening to us [now] about how we felt, let’s strike,” a British student who was one of the instigators of the walkout, and asked not to be named, told BuzzFeed News.

The dispute grew so heated that the organizers tried to call off further meetings in the afternoon, saying that the conference’s host, the University of Lausanne, believed that they needed a cooling off period. The summit has been run primarily by high school and university activists involved in the movement. But the activists insisted on allowing the committee drafting the list of demands for policymakers to make a presentation, which offered people a choice between adopting just four broad demands or including many of the specific proposals, according to sources in the room.

Thunberg, O’Connor, and other activists who walked out earlier in the day stuck around for the meeting, sources in the room said, and it proceeded smoothly. And soon the conference participants were doing the Macarena and playing other games designed to lighten the mood.

The conference is scheduled to adopt final declarations on Thursday, and organizers are not sure how to bring consensus to a group of several hundred young people who are deeply divided.