As fans count down the days until The Bachelorette season 15’s two-night finale, Hannah Brown is showing off behind-the-scenes footage from her televised love journey, including the funny way she dealt with the stress of filming.

“When i got overwhelmed and didn’t like people, i had 10 minute stare-at-wall breaks,” Hannah, 24, wrote on Friday, July 26, captioning an Instagram Stories photo of herself facing a corner of a hotel room. 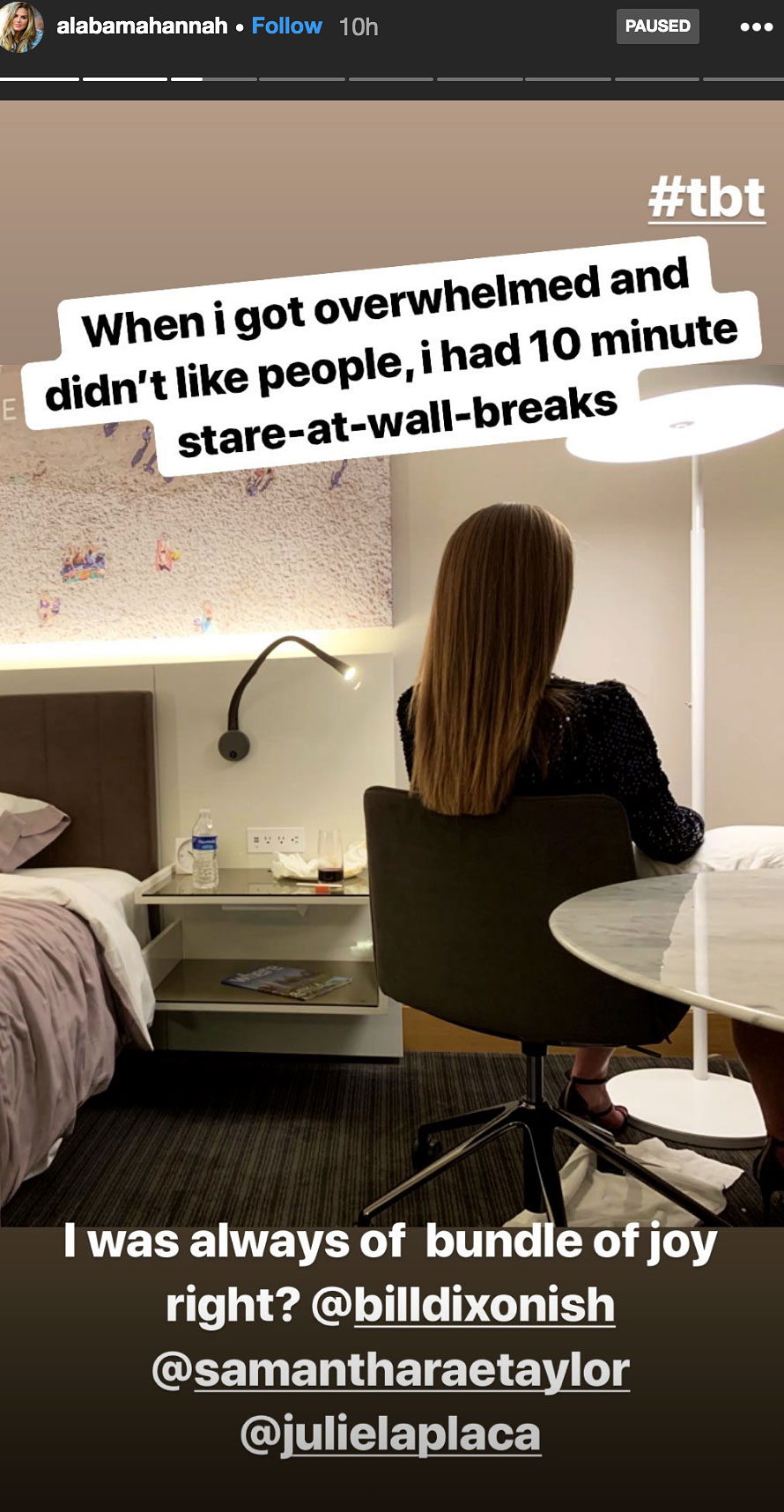 Tagging three producers of the ABC dating show, Hannah added, “I was always a bundle of joy right?” She later posted two more snapshots of her staring-at-the-wall breaks. 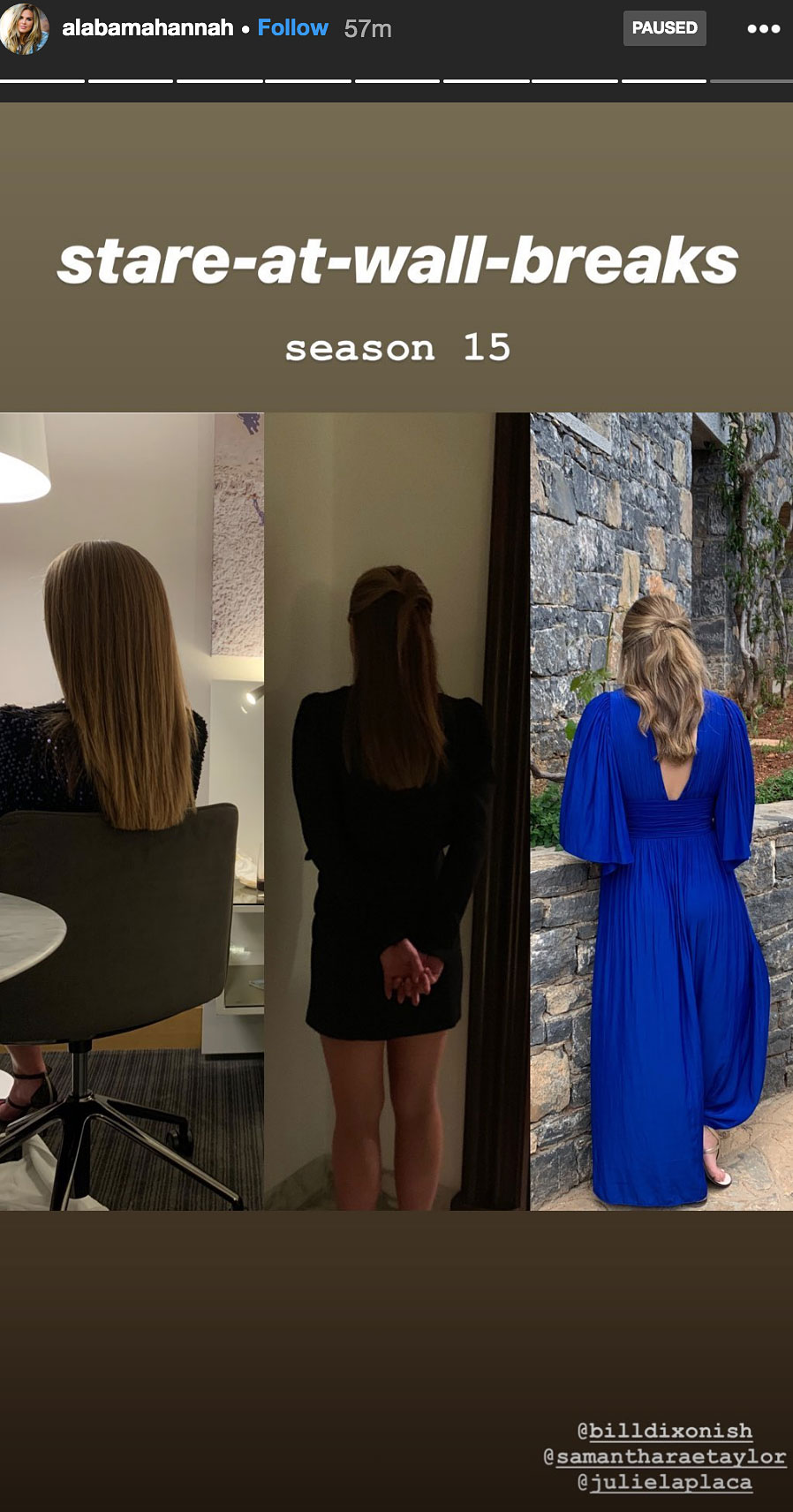 The Alabama native shared more behind-the-scenes moments from the filming of the season, including a video of herself wiping out on a roller derby rink and a clip of herself singing Queen’s “We Will Rock You” in the backseat of a car. “How I got ready for my dates,” she wrote. “This should surprise no one.”

Hannah might have employed the staring-at-the-wall technique on Monday, July 22, after her mother weighed in on the Bachelorette: Men Tell All special. 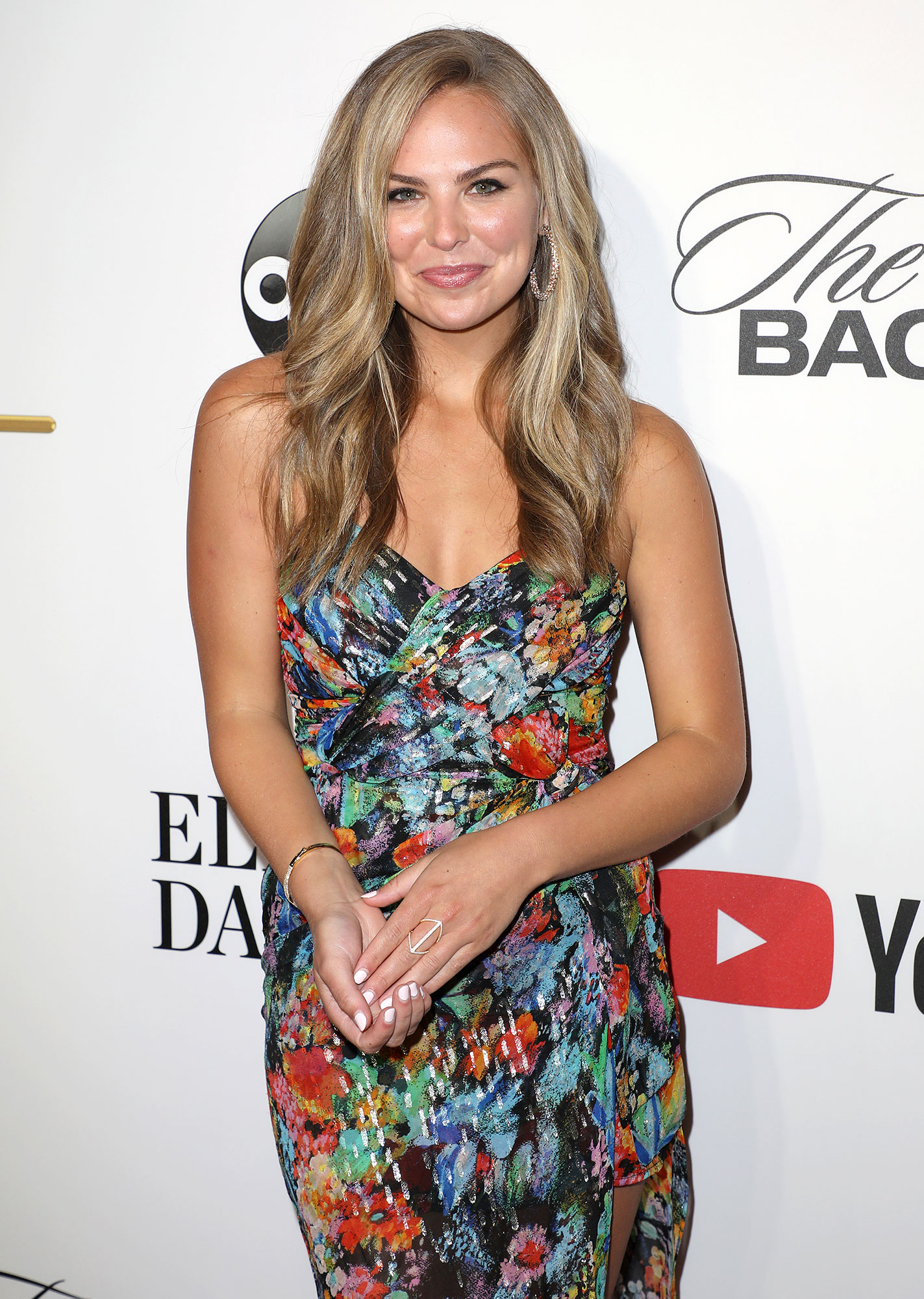 After recent castoff Luke Parker told Chris Harrison he was originally the frontrunner of season 15 — claiming he had the competition “in the bag” — Susannah Brown took her disgust to Instagram.

“I love you though (and you’re right),” the ABC star added.