Remember when Hannah Brown stood up to Luke Parker and revealed she had sex — twice — during her fantasy suite date with Peter Weber? Well, it turns out she was lying.

“No one ever looked at a windmill the same way again,” host Chris Harrison said to Peter and Hannah on part one of The Bachelorette finale on Monday, July 29. With that, she had a confession.

“I was a little dishonest about something,” Hannah, 24, said. “Since it’s out there. I did say there was something Peter and I did twice. It was actually four times.” 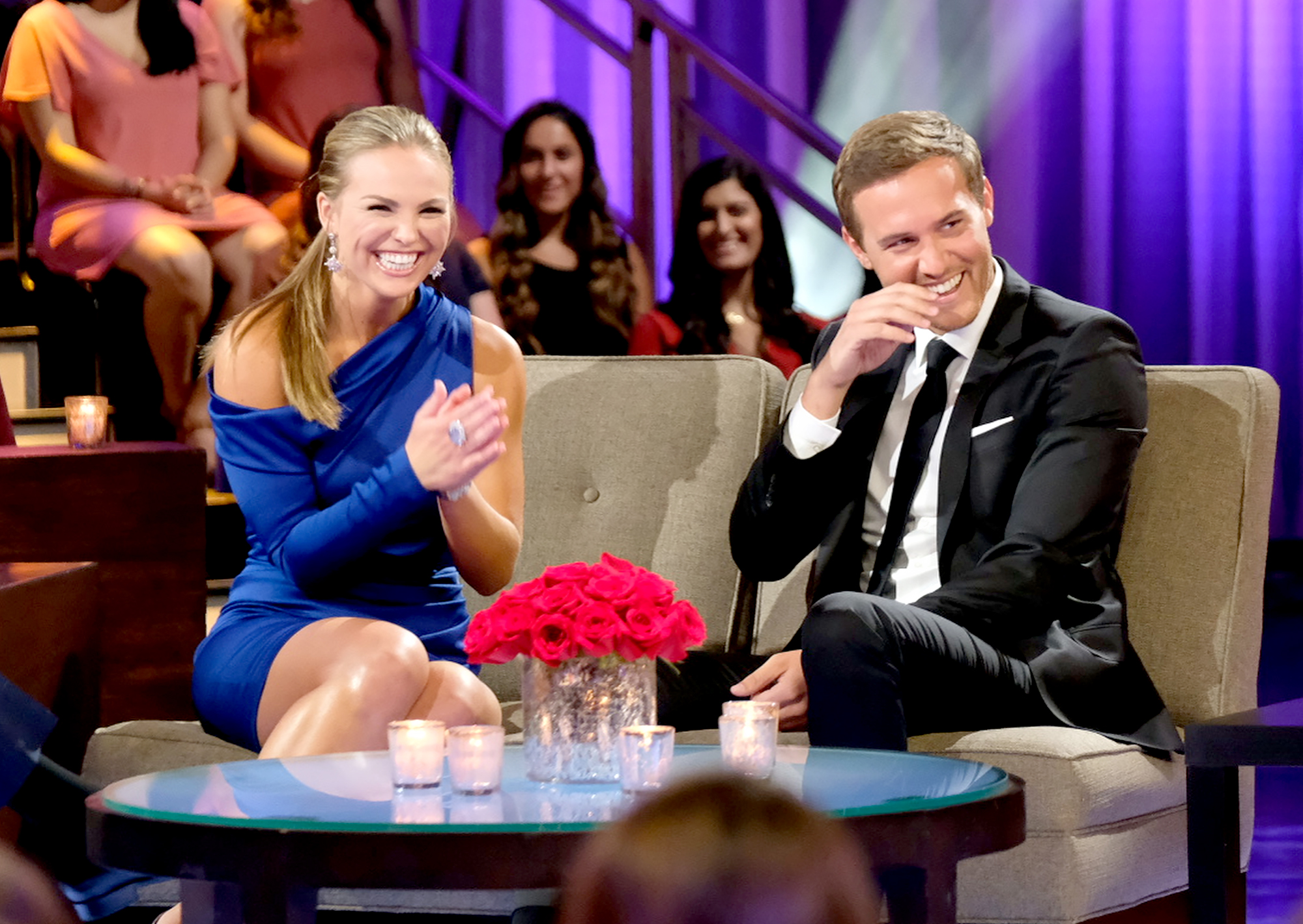 The live audience — which included Peter’s parents — stood and loudly applauded. Harrison even stood and saluted Peter, before reminding them that the pilot’s family was in the audience. However, the entire family appeared like they couldn’t be prouder.

Hannah smiled and turned to his parents. “He’s a really sweet guy,” she said. “He’s a great catch.”

However, Peter, 27, was still heartbroken when he was sent home at the beginning of the premiere, landing in third place. He was choked up before coming face to face with Hannah on the live show, which was the first time seeing each other since their split in Greece.

“She was just honestly the most amazing person I have ever met so far in my life, and I’m just so grateful for all of those memories that we made and being able to fall in love with her,” he told Harrison. “It wasn’t easy [to watch]. I really felt it for her and I had no doubt that it was gonna be us in the end. That was tough to watch back.”

When Harrison asked if he still loved Hannah, Peter said that he didn’t think in two months, it would be possible to fall out of love. “I’ve been moving on and doing my best with that. I know time will heal all wounds and, like I said, a little piece of my heart will always love her. That’s for sure,” he added. “I’ve been doing really well on my own, trying to find closure with all of this and put it behind me and take all the good things with me moving forward, but I’ve just been really looking forward to the chance to see her face to face one more time and kind of end this chapter in the right way.”

Hannah answered all of Peter’s questions when they did see each other, explaining that he didn’t do anything wrong to turn her off him.

She also reiterated that their relationship was “very passionate,” which was followed by a giggle — as if anyone needed another reminder that the passion was there.