Harry Styles, The Weeknd, and Taylor Swift: The biggest gigs of 2023 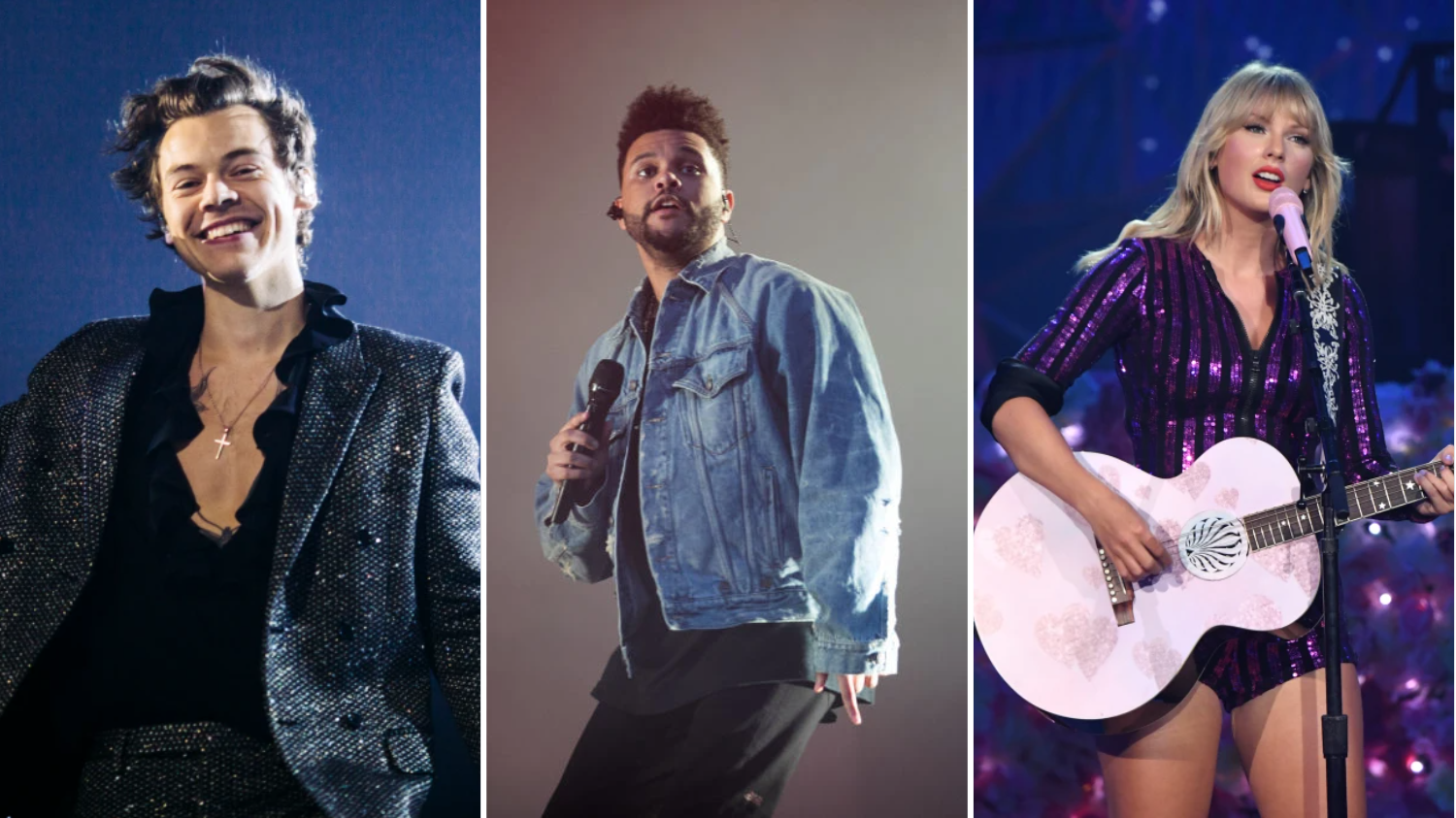 This article contains affiliate links. We will earn a small commission on purchases made through one of these links but this never influences our experts’ opinions. Products are tested and reviewed independently of commercial initiatives.

After years of Covid-era bans, delays, and cancellations, live music returned with a bang in 2022.

But last year was just scene-setting for a phenomenal 2023.

The biggest stars in the world are coming to the UK – we’re talking Harry Styles, The Weekend, Taylor Swift, Lizzo, and that’s just the tip of the musical iceberg.

We’ve rounded up some of the hottest tickets of 2023 to get your hands on. Get booking now to avoid disappointment!

After making his mark on the acting scene in 2022 – and not being all THAT bad, thank you very much – Harry Styles has returned to complete Love On Tour, his much-delayed blockbuster series of shows.

Since the tour began in September 2021, after Covid-induced postponement, Harry has significantly beefed up his catalogue of hits.

As It Was, Music For a Sushi Restaurant and everything else from the quite brilliant album Harry’s House have all added substance to the manic hype around the ex-One Directioner.

The Weeknd singer Abel Tesfaye always had energy and power, but his 2022 album, Dawn FM, pushed his work to another level of sophistication. Every lyric seemed perfectly placed, every beat perfectly paced.

And now Tesfaye is returning to Blighty, giving The Weeknd ample opportunity to pay tribute to the ‘second British invasion’ which so influenced him.

So many fans checked out a statement announcing a UK tour that the page on Swift’s website crashed!

Specific details are few and far between, but we’ve been warned to expect ‘historically unprecedented demand’ – so stay vigilant!

Her songs – mixing disco-funk grooves with tight and thoughtful rapping – are perfect for the biggest stages in the land.

And it doesn’t hurt that they’re sung by one of the most electrifyingly charismatic performers in music today.

Few bands have switched styles with such gleeful whimsy as The Waterboys. Since they formed in the early 80s, the group have ricocheted between strident, strutting rock n’ roll and soulful Celtic folk music, adding notes of New Wave and echoes of punk en route.

They’re taking their immense collection of hits and deep cuts around the UK next year. Leading it all is still Scotsman Mike Scott, the charismatic frontman who’s been a rare constant in the band’s line-up over the years.

They’re back! Long since recovered from the Battle of Britpop and with their back catalogue commanding more critical respect than ever, Blur are now reassembling to play Wembley.

And the group have recently booked an extra concert at the iconic stadium, due to ‘phenomenal demand’.

All hail the Piano Man! The legendary Billy Joel will be 74 when he performs for London in July, but he’s still full of verve and energy, and his voice has more ballad-y depth than it did during his early period.

If his BST Hyde Park concert is anything like the extravaganzas staged by Sir Elton John and the Rolling Stones in recent years then we’re in for a spectacular treat!

The Scotsman with the beautiful voice and the foul mouth has become a truly legendary figure in British music during the last few years. He’s mixed gleefully convention-flouting appearances on chat shows and social media with the release of some instant classic love songs.

Now Lewis is going around the country, and looking to build on the huge success of previous tours – he is, after all, the first artist in history to sell out an arena tour before releasing a debut album.

The pop-rock sensations have long since evolved past tired clichés about being ‘your mum’s favourite band’. Back For Good, Shine, Patience, and the rest are now recognised as Cool Britannia classics.

And with the fashion for 90s nostalgia in full swing, expect to see plenty of young people among the Hyde Park crowds during Take That’s summer performance.

Insert pun about the band being ‘Back – For Good’ here.