Here's Every Scrap of Information We Have on Marvel's The Eternals 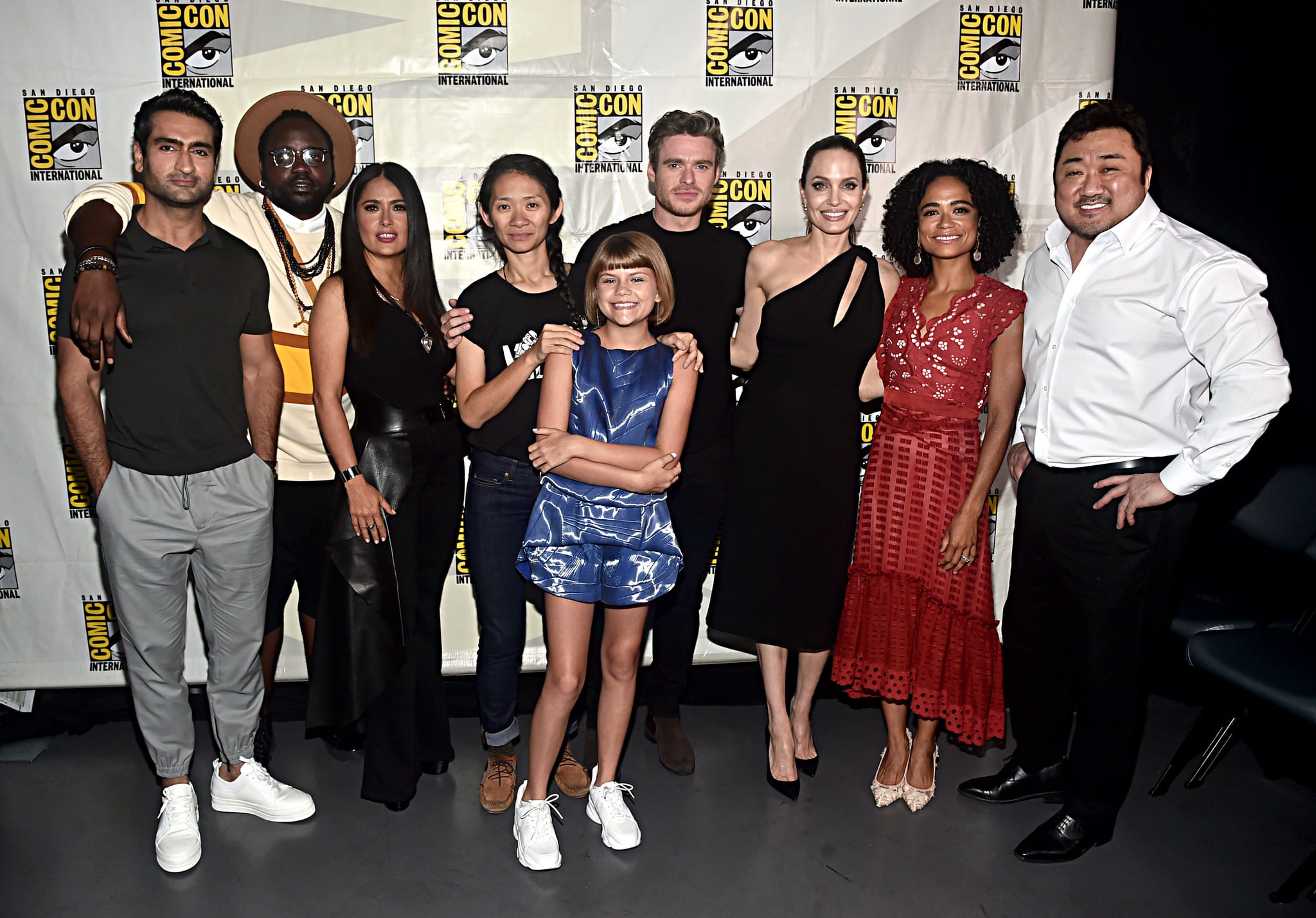 After allotting a proper mourning period for Endgame, Marvel dropped major details about The Eternals at its star-studded 2019 San Diego Comic-Con panel. The film revolves around a supergroup of immortal aliens, but that’s not the only thing that’s super about it. The Comic-Con unveiling revealed a slate of Hollywood powerhouses fronted by Angelina Jolie and directed by The Rider‘s critically acclaimed Chloé Zhao. If you’re totally excited yet slightly confused about what The Eternals will be about and who it’ll star, you’ve stopped at the right place. To guide you through Marvel’s sea of news, here’s every scrap of information that we have on the widely anticipated origin movie.

What Is The Eternals About, and How Does It Fit Into the MCU?

In the comics, the Celestials, an ancient race of space gods, altered the genes of early Earth life forms and made three groups: the Eternals, Deviants, and humans. What you need to know about the first two is that the Eternals were beautiful and godlike whereas the Deviants were more monstrous and destructive. The Eternals have their name because — you’ve guessed it — they have an eternal lifespan.

While we haven’t seen any of the Eternals yet, we’ve met one of the Deviants. Remember that obscure purple Titan named Thanos who snapped out half of the universe? He has the Deviant gene. Guardians of the Galaxy Vol. 2 also introduced us to one of the Celestials — Ego, Peter Quill’s father.

According to Marvel, the Phase 4 film will be an ensemble origin movie, much like 2014’s Guardians of the Galaxy or 2012’s The Avengers. Details about the plot are scant — we only know that the Celestials will send the Eternals down to Earth to protect the humans from the Deviants. At Comic-Con, Zhao commented that “[i]t’s about this group of incredible immortals, but through their journey, we really get to explore what it means to be human and humanity on our time on this planet.”

Who Will Star in The Eternals?

Marvel films notoriously draw their casts from the cream of the crop, so it comes as no surprise that The Eternals showcases A-listers. Besides Angelina Jolie in the lead role Thena, joining the project are Richard Madden as Ikaris, Kumail Nanjiani as Kingo, Brian Tyree Henry as Phastos, Salma Hayek as Ajak, Dong-seok Ma as Gilgamesh, and Lauren Ridloff as Makkari. Yeah, we’re kind of obsessed.

Besides serving us with a stellar cast, The Eternals will also make significant strides for representation in the MCU. The movie will feature an LGBTQ+ superhero as well as its first deaf one. Marvel has yet to confirm who the queer character will be, though rumor had it that the studio had been searching for a queer Asian male lead. We do know that The Walking Dead actress Lauren Ridloff, who was born deaf, will be portraying the speedy Makkari in the upcoming movie.

When Will The Eternals Be Released?

According to an announcement at Comic-Con, the film will premiere Nov. 6, 2020, right after Black Widow and before Shang-Chi and the Legend of the Ten Rings. Entertainment Weekly reported that The Eternals had already started principal photography in London after Marvel unveiled the cast at the con. Barring a delay, it looks like there won’t be an eternal wait for us to see the movie hit theaters after all!