Here's Why The BBC Doesn't Want To Call Trump A Racist 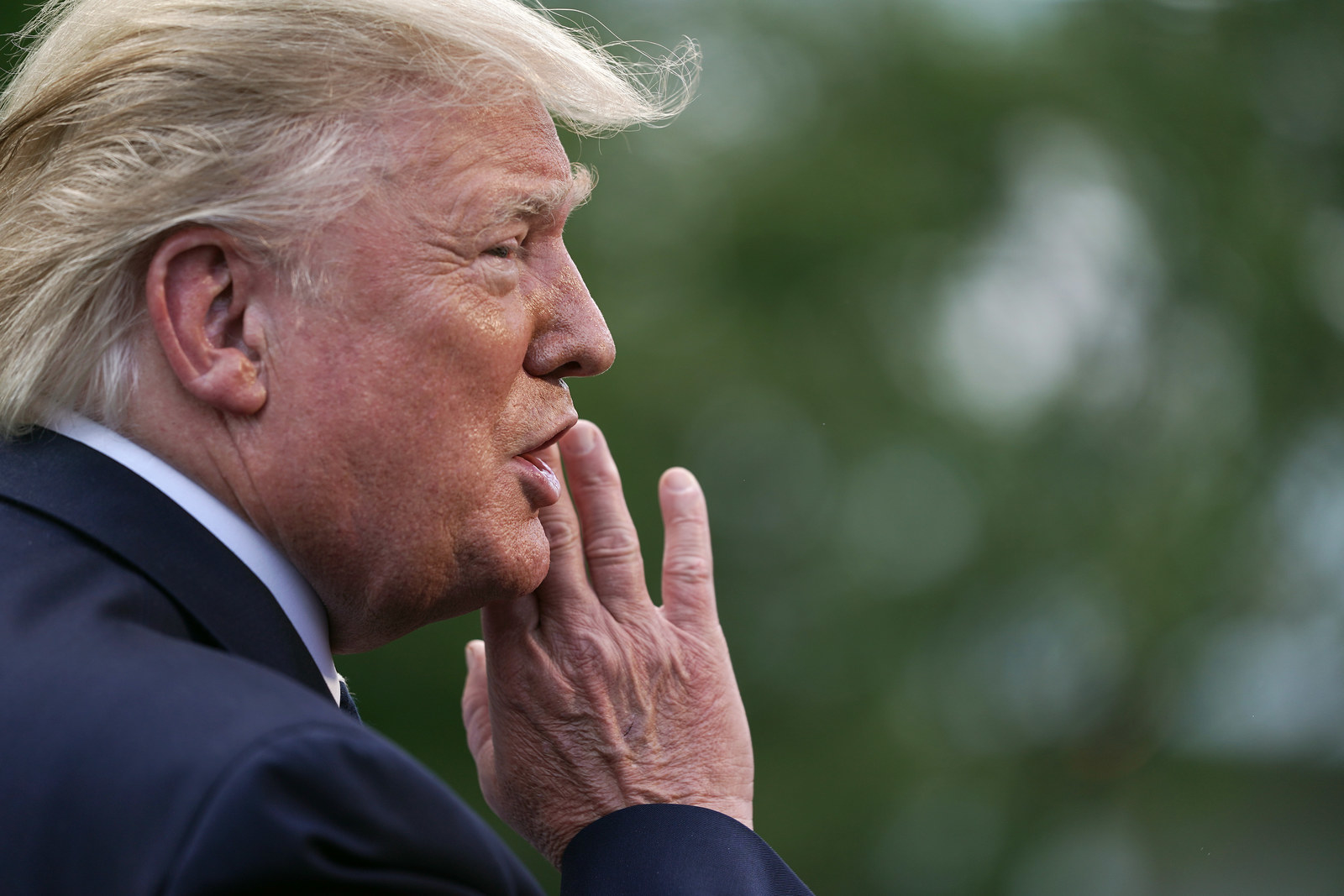 Donald Trump at the White House on July 19

Through the medium that has come to define his presidency, with three tweets Donald Trump sent the world’s media into a frenzy.

In a direct attack on four Congresswoman of colour this week, Trump — who is seeking re-election in 2020 — suggested that Ilhan Omar, Alexandria Ocasio-Cortez, Rashida Tlaib, and Ayanna Pressley should “go back and help fix the totally broken and crime infested places from which they came”.

His words — later co-opted by his supporters as a menacing “Send Her Back!” chant at one of his rallies — provoked a wave of abuse and death threats against Omar, the only politician of the group who wasn’t born in the United States, and raised concerns for her safety.

Media outlets were forced to grapple with how it should approach its coverage of the racist remarks and the aftermath. Some responded with clear editorial direction, while others were criticised for tiptoeing around the issue.

The response from the BBC, Britain’s influential publicly funded broadcaster, was to try and keep out of the fight.

While the Washington Post’s editor Marty Baron wrote about why the newspaper would be calling the racist tweets “racist”, the New York Times was called out for a piece which referred to “Trump’s racially-infused politics”. It prompted Comedy Central’s Daily Show to make a “Trump Racist Euphemism Headline Generator” to mock the way some media outlets treated the story.

At the BBC, which has impartiality rules and a commitment to balance, executives decided against putting out any organisation-wide editorial advice. Instead, every programme and editor-journalist was entrusted to cover it as they saw fit.

“BBC News output has left the audience in no doubt about the nature of President Trump’s tweets and the reaction to them both in the US and in this country,” a BBC spokesperson told BuzzFeed News on Friday. “Editors and correspondents have made decisions in the normal way about how to describe the tweets and explain the wider political context.”

BBC viewers and listeners may have picked up on, or been confused by, the different ways the Trump story was reported across its TV, radio, and online platforms this week.

A listener to Radio 4’s Today programme on Tuesday morning would have heard presenter Nick Robinson refer to Trump’s “racially-charged tweets”. A viewer of the BBC TV’s News at 10 would see US correspondent Nick Bryant call it a “racist attack” linked to Trump’s white nationalism”. A visitor to the BBC News website, would have read the tweets were “widely called racist”.

Several of these instances drew immediate criticism from within the UK media. The Guardian’s Aditya Chakrabotty reacted to the BBC Today programme referring to the tweets as a “dog whistle” and “racially charged” by tweeting, “journalists should call things what they are”. The Muslim Council of Britain’s Miqdaad Versi said the BBC website’s decision to deploy quote marks around the word “racism” on its homepage was “extremely poor”.

For the BBC, it’s the latest issue to spark criticism of its approach to coverage of political divisions over Brexit, Labour anti-Semitism, the Tory party’s Islamophobia scandal, and attacks by far-right extremists.

The hands-off approach to the Trump tweets raises questions about whether the BBC’s approach to “impartiality” can hold in 2019 ⁠— an era defined by extreme partisan politics and misinformation.

In conversations with journalists and programme-makers this week, BuzzFeed News has been told there’s been what one source described as “very intense editorial meetings” on the topic. A senior BBC journalist, who has been working on the broadcaster’s Trump coverage and spoke on the condition of anonymity, said the BBC’s outward stance had protected journalists from getting sucked into the culture war on Twitter.

“We are under such pressure by the people we all hang out with to be co-opted into the culture war on one side or the other, whether it’s calling out Brexit or all of this other stuff.

“Our role is to be the platform on which the British people will have the argument. I don’t want us to be sucked in by the Twitter mob.”

It’s rare for a senior BBC presenter — Davis has been at the BBC since 1993 and formerly hosted Newsnight — to speak so candidly on the record about how the broadcaster approaches specific, controversial issues. 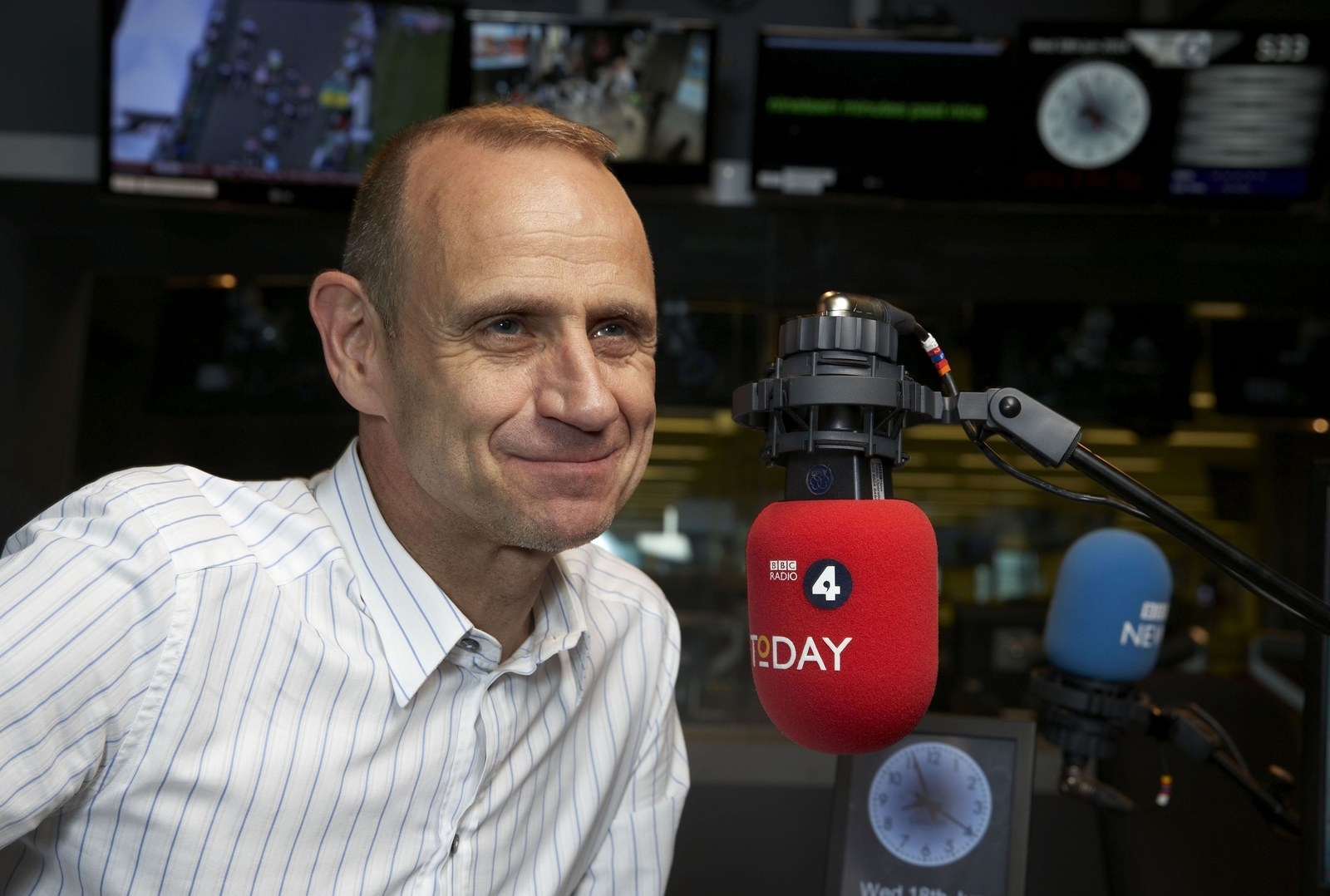 Davis put forward three reasons why many of those at the BBC don’t want to explicitly brand Trump, or his tweets, as racist.

“I think, rightly, you don’t want to sucked in to a set of arguments that take you from this case to the next case, to the next case,” Davis said. “Why haven’t you called [out] Jeremy Corbyn’s line about ‘they don’t get our sense of humour’? Why is that not plainly racist or anti-Semitic? It’ll invite people to say, ‘well, if you do it there, then haven’t you done it there.’ The BBC’s point is: You just don’t want to get drawn into that argument… it’s best to avoid it altogether.”

He continued: “The second reason is you don’t need to say it. My feeling — clearly a lot of people didn’t feel this — was we didn’t need to say off the back of that, ‘we think it’s racist’, or have an expert coming on who says that’s plainly racist. We feel like audiences can make a judgement. We don’t need to tell the audience. Anyone who doesn’t find it racist is not going to be convinced by us putting the word in front of the description.”

“The third argument against doing it is around whether the debate is still a live one. Here’s the strange way some people are doing it. They’re calling it racist as a fact, the news is ‘the racist tweet’, and then you’re asking someone in an interview: ‘So you think it’s racist?’ That sits mildly uncomfortably with me.”

“We live in a society,” Davis responded. “We reflect the words in the way they’re used by our listeners. It’s not our job to tell our listeners, ‘by the way, you must condemn this.’ Our job is to tell them, and then they have to condemn it.”

Those within the BBC also point out differences between how the austere BBC newsreaders present the news on TV and radio, compared to its reporters in the field.

“[There’s a difference] between the heavily scripted, voice-of-god newsreader voice and the out-in-the-field reporter voice,” Davis continued. “You might say [BBC correspondent] Nick Byrant out at the rally can say there was ‘racist chanting’. But you don’t have [News at 10 presenter] Huw Edwards in his scripted to-camera talk, using the word in the same way.”

That difference was clear on Thursday’s night’s BBC News at 10 bulletin, where again, Bryant had no qualms using very vivid, straightforward language to describe what had occurred at Trump’s North Carolina rally.

“This is a rally that will be talked about for decades to come,” Bryant narrated over pictures of the rally. “After the racism of Donald Trump’s original attacks of the four women of colour came the racial demagoguery we have not heard or seen from a modern American president.”

On Thursday’s PM programme, Davis and his team covered the Trump rally story by simply playing a two-minute, unedited audio clip, which included the crowd chanting the now infamous “SEND HER BACK!”

He introduced the audio by telling listeners: “You can debate whether the assertion of Trump’s racism is a matter of fact or is just an opinion. But whichever it is, the most important thing is that we report on what is going on in the US for you to frame your own judgement.”

“I do think audiences are better at making these judgements themselves than some of the critics of the BBC acknowledge,” Davis told BuzzFeed News.

“They might listen to that and say, ‘oh god, yes, President Trump has a point. He’s attacking this woman and the crowd are rightly following up on his critique.’ The audience might think that, I don’t think most of the audience will have thought that.

“It’s come across as complicit neutrality, as opposed to an attempt to point out we’re not big players in this. The public are going to have a view and you can trust the public to come to a view, I think.”

Professor of journalism at Middlesex university Kurt Barling, who worked at the BBC for 27 years, backed the broadcaster’s approach.

“The BBC’s approach to impartiality often brings it into controversy,” Barling told BuzzFeed News. “But maintaining a standard of trying to give context to everything upon which it reports is an important value in keeping the discourse open.

Mark Di Stefano is a media and politics correspondent for BuzzFeed News and is based in London.