Home Is a Sculpture Garden, but the Art Doesn’t Stop at the Door

A 300-ton steel sculpture by Richard Serra snakes across the lawn of Leonard and Louise Riggio’s Tudor-style mansion in Bridgehampton, N.Y. “The Serra has become a landmark here,” Mr. Riggio, executive chairman of Barnes & Noble, said of the Minimalist serpentine structure clearly visible from the road.

When people wander onto the grounds to peer up close, he will often come out and invite them to look out back at some two dozen other sculptures integrated into the 12-acre landscape by artists including Isamu Noguchi, Donald Judd, Maya Lin, Walter De Maria and Louise Nevelson — much to the dismay of his wife, who has concerns about privacy. “I told her I want to open it up to the public. She almost killed me,” he chuckled.

Their collecting began 35 years ago with inexpensive prints and posters for their walls. The pursuit turned more serious in 1994 with the acquisition of a figurative painting by Alberto Giacometti that hangs in their Park Avenue apartment, alongside other works of midcentury modernism by Piet Mondrian, Pablo Picasso, Arshile Gorky and Joseph Cornell.

“We went to the so-called classics,” said Mrs. Riggio, who grew up in Manhattan going to museums and studied art history in college. “Each acquisition informed us to something else. It was a learning experience.” 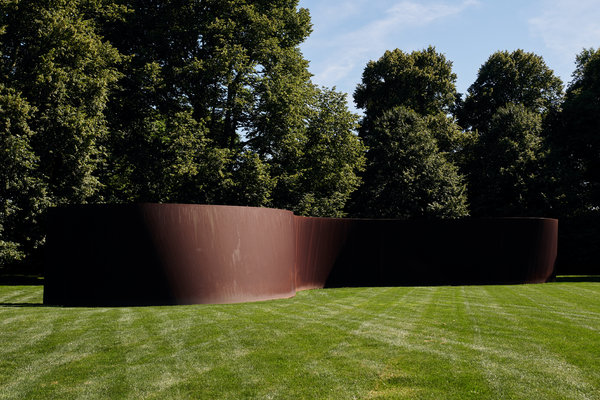 Mr. Riggio, a self-made entrepreneur from Bensonhurst who opened his first bookstore in 1965 at age 24, described the “transformational” experience of walking into Dia in Chelsea in 1997 and discovering Serra’s three monumental “Torqued Ellipses.” “I saw infinite possibilities,” Mr. Riggio said, explaining the visceral connection he felt to the imposing steel sculptures. He purchased them on the spot as a gift to Dia and later served as its board chairman, contributing more than $30 million to the building of Dia:Beacon, which opened in 2005. “I began this journey with Dia, and then, all of the sudden, we’re fascinated by Minimalism and into Judd, [Dan] Flavin, [Fred] Sandback and on and on.”

The couple’s focus has expanded to embrace the Italian Arte Povera movement that was contemporaneous with Minimalism in the 1960s and ’70s. Dominating the walls of the Riggios’ expansive Bridgehampton home are vibrant tapestries by Alighiero Boetti, distressed canvases by Alberto Burri, numbers from the Fibonacci sequence in blue neon by Mario Merz and reliefs in salt and Elmer’s glue on lead by Pier Paolo Calzolari, including one etched with Italian words meaning “When the dreamer dies, what happens to the dream?”

“For me, it becomes fun to try to grasp these riddles and complex issues the artists were looking to solve,” said Mr. Riggio, who is retiring soon. (Barnes & Noble was sold last month.) The Riggios are being honored on July 13 at the Parrish Art Museum in nearby Water Mill for their longtime support of that institution.

Following are edited excerpts from the conversation.

How does the collecting work between you two as a couple?

LEONARD RIGGIO I’ve been more of the scout and go to more galleries. I found the auctions really important, because it gave me some sense of relative value and what was going on in the world. Oftentimes, I ask her for a nod of approval, but we both have to love the art.

Do you always have to agree on things?

LOUISE RIGGIO No. But if we’re going to live with the piece, then, yes. Len can be a little more adventurous in his office. There have been times when I’ve walked into his office, and I’ve taken something out and put it in the house. He’ll say, “She’s stealing my art again!”

How large is the collection?

MR. RIGGIO A couple hundred pieces. We live with something for a couple of years and give it to a museum. Then we buy something else that we can live with.

MRS. RIGGIO We had a beautiful Blinky Palermo/Gerhard Richter that we just donated to Dia. We knew we’d never use it again. We’d moved on. Why stick it in storage? It’s needs to be seen.

Boetti seems to be claiming the most wall space in the house.

MR. RIGGIO Boetti designed these works, and they were made by weavers in Afghanistan. This one’s called “Tutto,” meaning all the things in the world — including some naughty things. His most famous works are these Mappas of the globe. To me, this speaks of Boetti’s ecumenicalism. All the things and the people in the world are together. We share the planet. 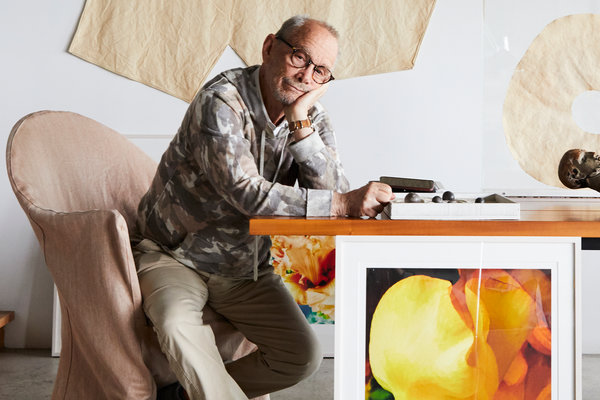 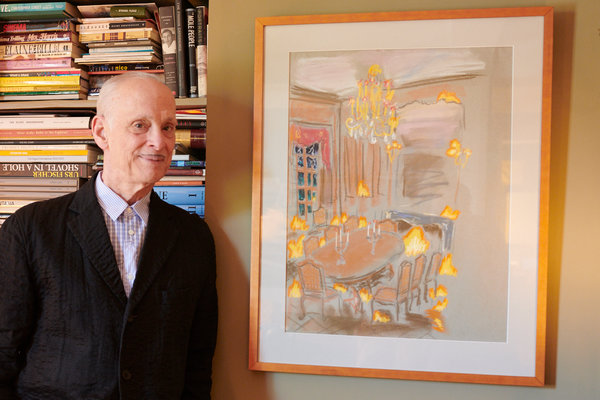 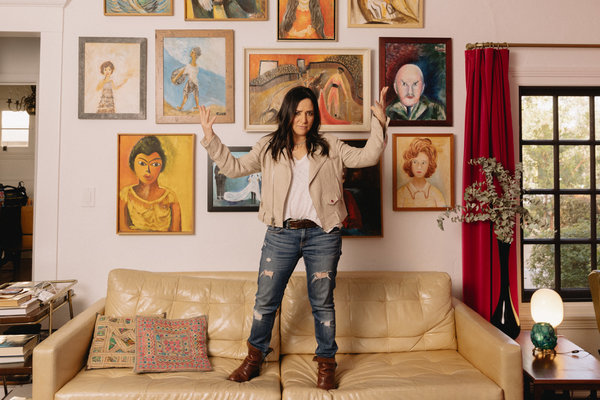