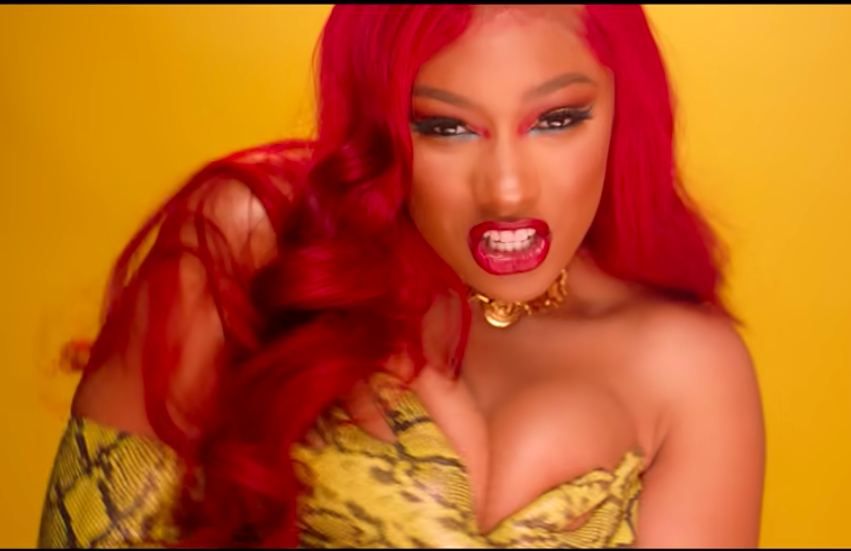 Last night, I sent a tongue emoji to a woman I’m seeing, abandoning my standard “smiley” and “eyes” for something slightly more direct. Maybe I was communicating that way because I was up drinking cold brew writing this piece and my penchant for slow-burn flirtation had come undone. Or maybe it’s because it’s a Hot Girl Summer.

Like a game of strip poker, Hot Girl Summer has unfolded slowly and then — wow — all at once. A term coined by 24-year-old Houston rapper Megan Thee Stallion, “It’s just basically about women — and men — just being unapologetically them, just having a good-ass time, hyping up your friends, doing you, not giving a damn about what nobody got to say about it. You definitely have to be a person that can be the life of the party and, y’know, just a bad bitch,” as she explained to the Root in June.

The idea is everywhere in pop culture now. People post selfies wearing their flyest outfits, share stories of triumphing over various obstacles, upload dispatches from vacations, Snapchat from nice restaurants or while chilling at home. And as they’re wont to do, brands have capitalized, co-opting Hot Girl Summer as a way to sell Wendy’s lemonade, PacSun, and Maybelline. But despite its exploitation by thirsty corporations, Hot Girl Summer is still a rare oasis on the internet, a meme that doesn’t turn sour after the inevitable snowballing of crowdsourced material. It’s a counterpoint to the Area 51 challenge, the other meme of the summer: You don’t have to go anywhere, nor put yourself in harm’s way, nor ponder extraterrestrial life to have a Hot Girl Summer. You focus on your earthbound self and what it means to live your best life, in your own skin. It’s taken off so much that Meg is in the process of trademarking the phrase.

So why has the phrase become so popular? Summer’s only a month old, and so far it’s yielded mostly trash: detainment camps, mysterious deaths in the Dominican Republic, power cuts, flooding in New York and New Orleans, and the president’s racist, xenophobic tweets. Amid all this, Hot Girl Summer is as much a reprieve as its namesake season used to be.

In a way, Hot Girl Summer allows people of different genders to tap into an alternate-world America. It has the veneer of a good old-fashioned fun battle of the sexes, like a boys-versus-girls water gun melee, without the pain and turmoil of the real gender wars being waged in American culture. To that end, it’s inspired competition on social media, where users chime in on Instagram and Twitter posts with Harry Potter–like score updates (10 points for the Hot Girls, 100 points for the Hot Boys, and so on).

Hot Girl Summer has women in mod glasses and Day-Glo swimwear, or dreaming about vacationing with friends, and straight men drooling like Trey Songz in this video of Megan Thee Stallion and Teyana Taylor grinding on each other in a club. In the video, Songz stares, mouth agape, at the two women — a look of impishness and arousal competing on his face as he watches the women show physical affection for each other. Is he staring because of obvious sexual interest or because he can’t believe they haven’t invited him to join? Hot Girl Summer is supposed to inspire this kind of jaw-dropping awe of feminine agency — without completely forgoing men if you don’t want to. (It’s more “no boys needed” than “no boys allowed.”) Whether it’s also about enticing the male gaze while it supposedly eschews it is another conversation. Suffice it to say, it’s kind of about both: attracting men — and women — to watch you be your best self, but for a strategic purpose, because you need an audience. Where is the true desire? Who knows. That’s for every hot girl and hot boy to define for themselves. 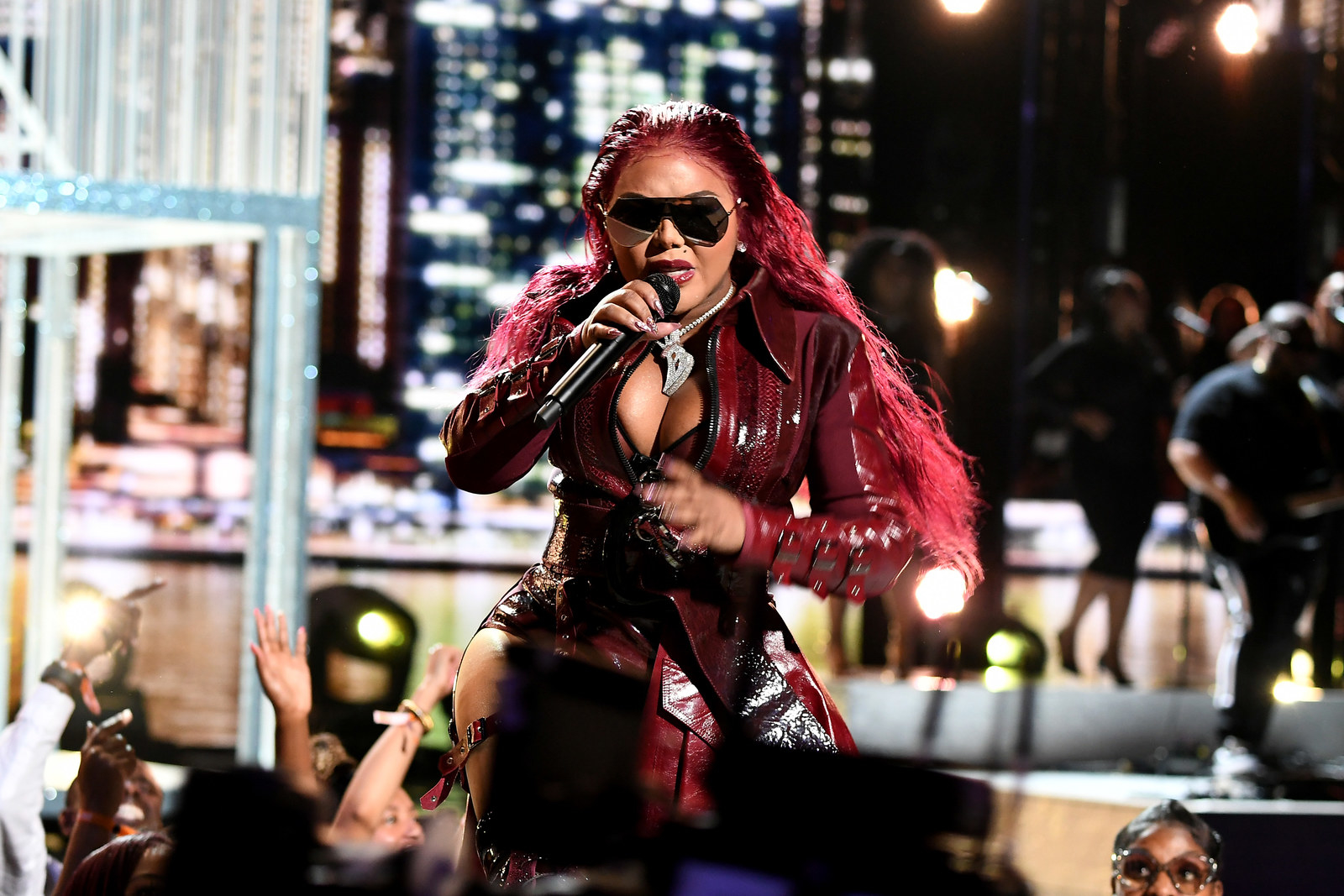 Hot Girl Summer has become a shorthand for celebrating femme sensibilities and what’s possible when people — but mostly women — give no fucks in their pursuit of some self-defined pleasure. It’s a movement energized by chicks who couldn’t care less (see Exhibit A, Meg’s “WTF I Want”); it operates on power that throws caution to the wind. In this way, it owes its success not just to the future focus of Meg, its environmentally conscious, social media–savvy, sex-positive leader, but also to those who came before her. Its ethos is inspired by the ’90s, marked by the riot grrrl movement and “girl power,” that trend of cultural feminism inspired by third-wave feminist politics and popularized by the Spice Girls, as well as the braggadocio sex kitten coquettishness and signifying humor of Lil’ Kim and Missy Elliott’s “Hot Boyz” energy.

All throughout the culture, you see callbacks to that fervid time in America. Twenty years after Brandi Chastain’s sports bra rankled American fuddy-duddies, Megan Rapinoe came to up the ante with her own swimsuit spread in the Sports Illustrated Swimsuit Issue while publicizing the US women’s national soccer team’s fight for equal pay. It’s also hard to ignore Lil’ Kim’s spirit all over Hot Girl Summer, and not just in the ostentatious fashions of the women who’ve come in her wake. It’s in the music of this moment. (Fittingly, Kim is embarking on a perfectly timed return to American pop culture with her new VH1 show Girls Cruise.) Kim has said that her upcoming album represents a “spiritual awakening” — it makes you wonder if it has been conjured by the raw, sexually charged music that bears her stamp.

While Megan Thee Stallion coined Hot Girl Summer, other rappers like City Girls, the Florida-based rap duo who came to national renown when Drake featured them on his single “In My Feelings,” were prototypes for this meme and inspired an adjacent one, the City Girl Summer. City Girls are all about the scam and exploiting men for whatever they have. Hot Girl Summer and City Girl Summer are complementary (though not the same, as Ayesha Curry found out the hard way) because feminine joy, like other radical notions, can never fully exist without reinforcement.

Like the academic theory and cultural feminism of the ’90s that worked to fortify those gains, the City Girls’ ruthlessness works in tandem with Meg’s carefree empowerment. Just as City Girls use sexual felicity as a trap for horny men who’d otherwise be out to use and lose them, Meg’s Hot Girl, happy-go-lucky pinup vibe makes way for her raw lyricism and renegade 808s, meant to rattle trunks and the heads of dudes who can’t keep up. Similarly, Hot Girl Summer is also a Trojan horse about Meg, her values, and her music. She’d already been on this wave, beginning with the three musical projects she’s released thus far: EPs Make It Hot (2017) and Tina Snow (2018) and mixtape Fever, which dropped this May. Hot Girl Summer makes it all the more palatable, not to mention more marketable.

There are, however, limits to the popularization — and now the memeification — of a cultural idea like Hot Girl Summer. The brands have already tried it, and you wonder if the steady commodification of the meme might function in the same way Meg usually does in her songs, as the finesser, leaving her bewildered at how so many people capitalized off of something she created. Just as riot grrrl and girl power were watered down by capitalism, Hot Girl Summer could bear the same fate faster than you can say “September.”

Ultimately, Hot Girl Summer might be a lithe-enough concept to avoid jumping the shark, in large part because it’s about conversion: updating old ideas, turning any old thing into a money-making venture, transactional sex. For Meg, being a hot girl is all about recycling — sometimes literally (she’s passionate about preventing climate change and implores her fans to recycle) but also metaphorically in the sense of restoring one’s self-esteem and sexual freedom from the patriarchy and bum-ass dudes. “Big Ole Freak,” Megan Thee Stallion’s breakout single and Hot Girl Summer’s unofficial anthem, is a clever subversion of the kind of creative reuse that men in the rap world typically get all the credit for.

Inspired by New Jack Swing, the song is a clever flip of not only the time period but also the swagger of the subgenre made popular by R&B groups like Jodeci and the macho crime thriller New Jack City (1991), from which the genre takes its name. The “Big Ole Freak” sample is particularly clever. It comes from Immature’s 1992 slow jam “Is It Love This Time?” which begins with a little girl calling in a radio station to dedicate the song to her boyfriend and segues into the boy band’s ode to puppy love. In “Big Ole Freak,” she resolutely rejects that sweet, stifling Dick and Jane narrative better than her contemporaries.

Meg’s song is all about sexual pleasure, and her vocal performance, louder than the sample, has the effect of overwriting that simple story about a woman’s place in a worn-out dynamic. Its mix of forward-thinking lyrics and nostalgia makes it a perfect theme of Hot Girl Summer — just as Megan Thee Stallion, who oscillates between gazing over her shoulder and flitting her eyes at a dance partner as she twerks, is about looking backward and forward at the same time. ●