Jeremy Renner thanks ICU staff for 'beginning this journey' during recovery 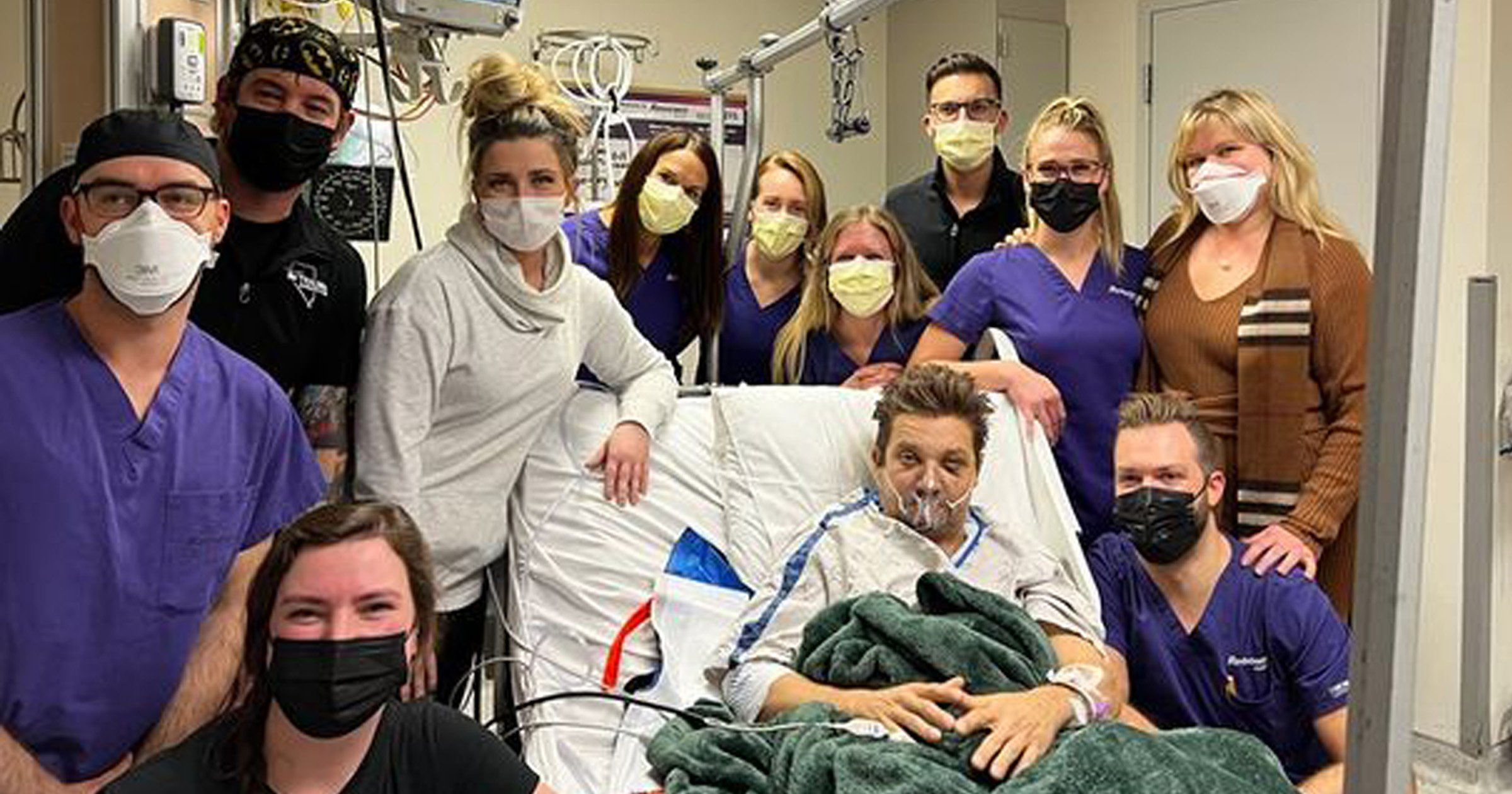 Jeremy Renner has expressed his gratitude towards the medical staff who have been taking care of him in the ICU, thanking them for ‘beginning this journey’ during his recovery.

Earlier this week, it emerged that the Hawkeye star was in a ‘critical but stable condition’ after having an accident while ploughing snow.

The 52-year-old – who celebrates his birthday today – had been helping a stranded family member in heavy snow when the incident occurred, with the 911 report revealing that he had been ‘completely crushed’ by the snowplow.

On Tuesday this week, Renner shared a selfie from his hospital bed, while also revealing his facial bruising in a video of himself having an ‘ICU spa moment’.

In a new picture uploaded onto his Instagram Story, the Marvel actor was joined in a photo by members of his family and hospital staff.

‘Thank you Renowned Medical ICU team for beginning this journey,’ he wrote in the caption adding four praying emojis to the image.

In the snap, Renner is sitting upright in bed while wearing an oxygen mask, while everyone else also wears face coverings.

On Sunday January 1, was airlifted to hospital after suffering ‘blunt chest trauma and orthopaedic injuries’ in the accident, his publicist said in a statement.

In the 911 report obtained by TMZ, he’s said to have been ‘completely crushed’ by his 14,000-pound snowplow and was bleeding heavily from his head.

It stated that the Hurt Locker star was having ‘extreme difficulty’ breathing, as the right side of his chest had collapsed and his upper torso had been crushed.

The log also outlined that Renner could be heard on the emergency call moaning in pain in the background.

Several of his Marvel co-stars have shared support for him on social media, with Thor actor Chris Hemsworth commenting on Instagram: ‘Speedy recovery buddy. Sending love your way.’