Family ties run deep, especially in the entertainment industry. Justin Theroux’s cousin Louis reacted to his divorce from Jennifer Anniston. The documentary filmmaker and journalist got candid discussing his cousin’s personal life. In an about-face from his normal decorum, Theroux was honest during an interview with Lisa Wilkinson. The documentarian, who is known for his fascination with human behavior, spoke openly about his thoughts when came it his famous paternal cousin’s separation from Aniston, which the couple announced in February of 2018. “I think the main thing I thought was: ‘Oh, too bad. I guess he broke up with Heidi,’” he said, mistaking the Aniston divorce for his cousin’s previous one. “I guess I just thought about that relationship ending.” 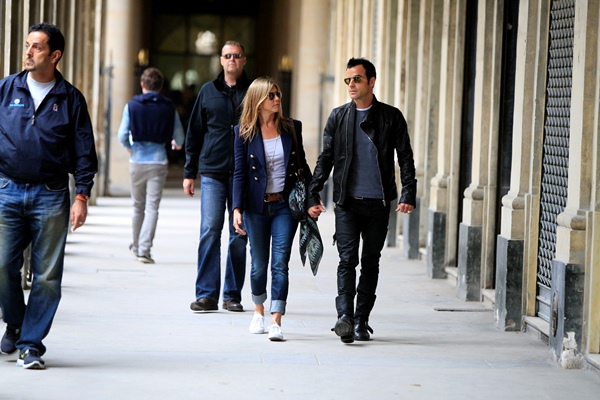 Theroux referred to the actor’s first wife of 14 years Heidi Bivens, whom he divorced in 2011 prior to dating Aniston. The journalist did describe Aniston as being “really nice,” and wanted to clarify his statement by offering some pointed commentary. “'[I learned that] you don’t judge relationships by their longevity. You judge them by the amount of happiness they produce,” he shared.

The Friends and The Leftovers stars have been separated for a few years now, and have remained quite friendly. Theroux shared back in September 2018, “The good news is that was probably the most — I’m choosing my words really carefully — it was kind of the most gentle separation, in that there was no animosity.” He continued, “In a weird way, just sort of navigating the inevitable perception of it is the exhausting part.”

Aniston, meanwhile, shares the exact same sentiments. When it comes to the actress’s future she is open to dating, but it’s not her main focus. The pair, obviously, have careers with future projects on the horizon. Still, the amicability of their relationship should give their beloved fans peace of mind.