Kelly Clarkson used the season premiere of her eponymous talk show to clear the air on her pending divorce from Brandon Blackstock.

On Monday, the three-time Grammy winner returned to television for the first in-studio episode of “The Kelly Clarkson Show” in six months. In her opening monologue, she told the audience ― who were beamed in virtually ― that her year so far has been a “dumpster fire.”

“As you probably know, 2020 has brought a lot of change also to my personal life,” Clarkson said. “Definitely didn’t see anything coming that came, but what I’m dealing with is hard — it involves more than just my heart, it involves a lot of little hearts.”

The Texas native filed for divorce from Blackstock in June, citing irreconcilable differences, though their separation date reportedly remains listed as TBD. The couple married in 2013 and share a 6-year-old daughter, River Rose, and a 4-year-old son, Remington Alexander. Clarkson is also a stepmom to Blackstock’s daughter Savannah, 18, and son Seth, 13, from his previous marriage to Melissa Ashworth. 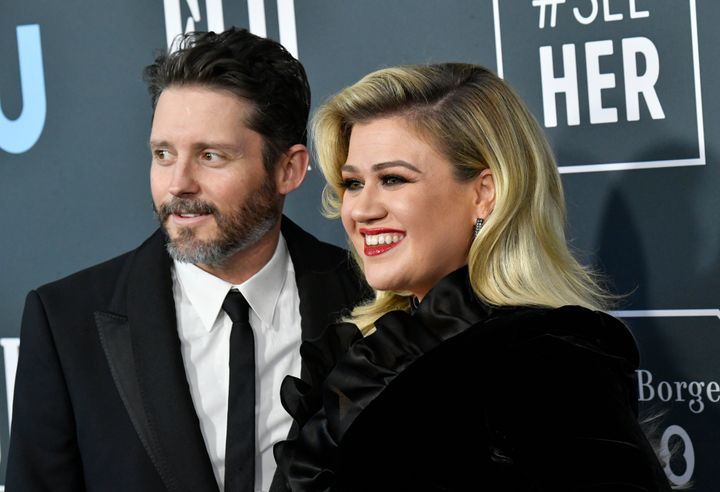 On Monday’s show, Clarkson said she and Blackstock both grew up in divorced families ― which is why they feel particularly guarded about how they discuss the split publicly and with their kids.

“We know the best thing here is to protect our children and their little hearts,” the singer said. “I’m usually very open and I usually talk about everything, but in this case I will talk a little bit here and there about how it affects me personally, but probably won’t go too far into it because I’m a mama bear and my kids come first.”

It’s only in recent weeks that Clarkson has begun to address the split publicly. In an interview with “Sunday Today” on Sept. 13, the singer shared that she had been relying on close friends for support. And she told the Los Angeles Times that same week that she can’t “truly be open” about the breakup for the sake of her family.

On the flip side, Clarkson said Monday that she has already channeled many of those raw emotions into music, adding that fans can look forward to some new tunes in the near future.

“My mom told me to start writing and that’s actually how I get my feelings out,” she said. “That’s how I became a songwriter. Music has always been my outlet to help me get through difficult times, and this year I’ve been listening to a lot of music and I’ve also been writing a lot of music as well.”