Khloe Kardashian was left apologizing after she didn’t realize she’d won a major honor at the E! People’s Choice Awards and failed to acknowledge her fans.

Kardashian won the Reality TV Star of 2019 award at Sunday’s presentation in Los Angeles ― but apparently didn’t realize it when she took the stage with sisters Kim and Kourtney Kardashian, and mom Kris Jenner, to accept the prize in another category, Reality Show of 2019.

Khloe stood silently behind her family members, failing to acknowledge or thank fans who voted for her in the individual contest, and many who vented on Twitter took it personally.

“Bitch we ain’t voting next year if you just gon stand up there and not say shit @khloekardashian,” wrote one. 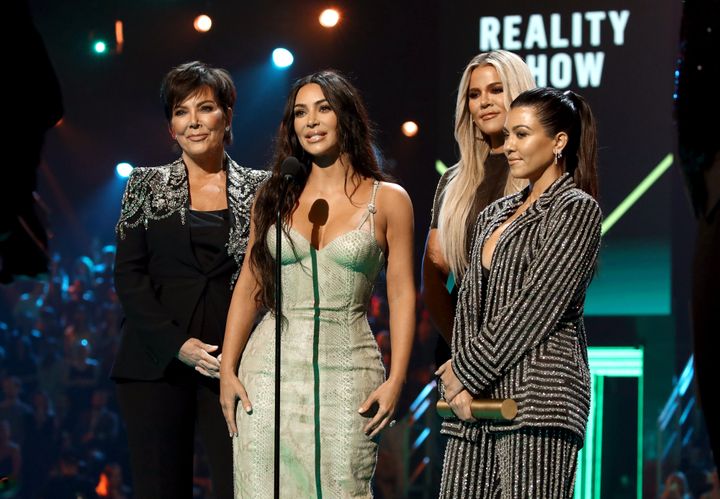 Kardashian later acknowledged her mistake and explained how it happened.

“It’s so beyond loud in there. I had no idea I won an individual award until we walked off stage,” she tweeted. “I feel so badly right now. I am so fucking grateful and appreciative! I can’t believe I didn’t say anything but I didn’t hear that I won until after.”

When another fan tweeted at her about nerves, Kardashian added: “Nerves yes but I literally didn’t know until after lol I still feel so badly about it. I love you guys so much.”

Before the awards show even started, sisters Kim and Kourtney Kardashian had a bit of a sticky situation with Giuliana Rancic on the red carpet.

When the E! News host asked which designers’ clothing the women were wearing that night, Kourtney was only able to get out a few words before Kim butted in.

“Can we break down the looks?” Rancic asked Kourtney, who answered, “I didn’t plan this. Naeem Khan, is that how you say it?”

Kim then inserted herself into Kourtney’s interview, plugging the sisters’ recent perfume release.

“KKW Diamonds, that’s all. We’re all wearing it!” Kim said as Kourtney attempted to finish her thought.

Kim added that Kourtney “didn’t know who [she was] wearing. That was my save.”

“No, I just didn’t know how to pronounce it,” Kourtney replied, while Kim let out a little, “Oh.”

It’s tough to keep up!