If Captain America can defeat the Red Skull, a child can conquer her anxiety of a Zoom class. 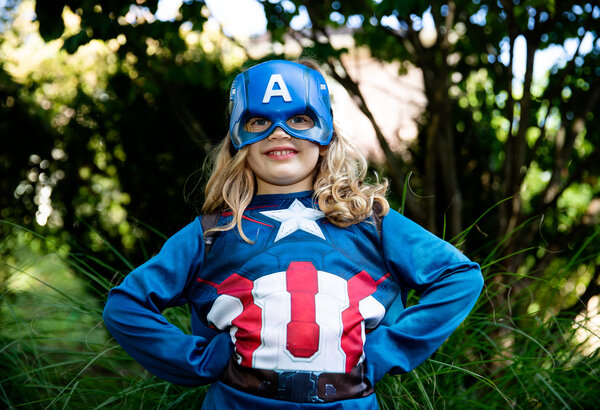 On a weekday morning in March, early into the pandemic, my 4-year-old daughter refused to join her preschool class on Zoom. Uninterested in seeing the faces of her friends and teachers, whom she had to abruptly say goodbye to only a week earlier, she instead started digging through her bin of dress-up clothes.

I tried to lure her back to the class, even bribing her with the promise of a special dessert. She shook her head. “I’m shy,” she said and then pulled out the Captain America costume that lay beneath a frilly princess dress. She looked at me, the helmet in one hand and blue body suit in the other, an epiphany sparking behind her eyes.

In 1939, my grandfather Joe Simon and fellow artist Jack Kirby created Captain America in response to the horrors overtaking Europe. America had not yet entered World War II and the country was divided over whether the United States should step in. In February, two days before George Washington’s birthday, a pro-Nazi organization called the German American Bund drew a crowd of over 20,000 to an event billed as a pro-America rally in New York’s Madison Square Garden; Nazi sympathizers heiled Hitler and barked hate toward Jewish immigrants.

My grandfather and Kirby wanted to create a character to make the powerless feel powerful, a beacon of light for those who felt helpless, who may have had family members in Europe. My grandfather’s first sketch of Captain America is one of my favorites — Captain America has one hand raised and the other is holding a shield decorated with stars and stripes. It’s a simple sketch, but for me it feels magical. It was the first sketch of what would become my talisman.

During my adolescence, in 1980s New York City, uneasiness permeated my life — when I watched a young couple mugged in the orange light of fall, or a woman beg for her life as a man beat her against a parked car. Living in a 550-square-foot apartment that held our family of five, I was desperate for an escape, a place to breathe.

Forty blocks south, in Daddy Joe’s apartment, there was a sense of peace among the smells of cigar smoke and old coffee grounds. He and the characters he created who adorned his walls, including Fighting American, The Fly and Captain America, were always there for me. Daddy Joe was my own superhero, his powers activated by gestures as simple as his standing in the kitchen sprinkling farfalle into soup. When I watched him get lost in work at his drawing table, the city seemed to quiet, my teenage frustrations left uptown. 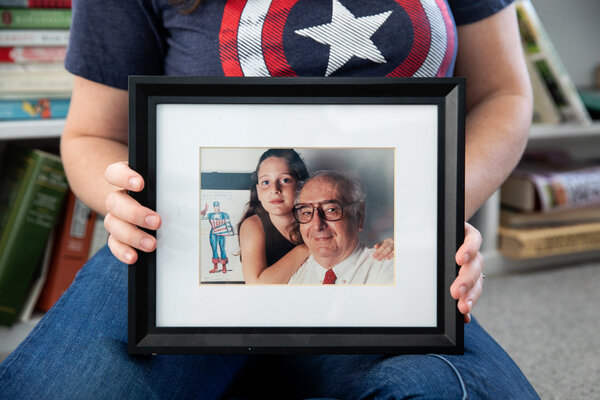 After he died in 2011, it was Captain America and his shield that served as my talisman and comforted me. I wore a Captain America shirt during my first pregnancy test, and later while getting an early ultrasound after an unsuccessful second pregnancy. This past spring Captain America watched over my family from the living room wall while we stayed home for months, hiding from the virus. When we leave the house now, he appears on T-shirts amid masked faces, reminding me, and now my daughter, that there is still hope to be found.

My daughter and I aren’t alone in our need for a reassuring talisman. In April, Guy Trebay wrote about magical thinking and the “discernible beneficial effects to be found in our fascination with talismans, luck charms” during difficult times. Magical thinking is defined as the belief that an object, action or circumstance not logically related to a course of events can influence its outcome.

For children these objects can be imaginary friends or fictional characters — including superheroes with their storied bravery and promise of indestructibility. With Covid-19 keeping kids away from friends and school, magical thinking allows kids to use superheroes to find the confidence, strength and perseverance they need.