‘Love Island’ Is Coming to America. Here’s Everything You Need to Know. 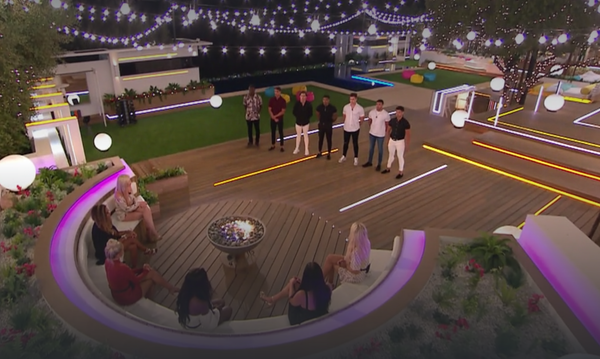 I cannot tell you whether you should watch “Love Island.”

That is a decision TV viewers must make for themselves, weighing the many hours they will lose against the colorful new vocabulary they will gain (no one wants to get “pied,” even if they’re a “melt.”) In Britain, at least, millions of viewers have already given in to the temptation of the bizarre reality dating show, which is currently airing its fifth season. (All five seasons are available on Hulu.)

Now, CBS is betting that audiences in the United States will do the same: Beginning Tuesday, episodes of an American “Love Island” will air every weeknight until the August 7 finale, offering viewers the salacious highlights of the couples’ dalliances in a tropical villa.

Unlike the American dating shows that promise a path to the altar, there is a lot of partner swapping on “Love Island.” The group of singles spends the summer paired together as couples, and the show manipulates this simple formula to produce genuinely startling twists and turns: New contestants are brought in, the public votes to send uncoupled contestants on dates, people break up and then have to continue living in the same house.

The British version is hosted by Caroline Flack, but the tone is set by its snarky voice-over narrator, the comedian Iain Stirling, who mocks the contestants, the show and himself. For the U.S. series, the comedian and Vine star Arielle Vandenberg will serve as host, and the narrator has not been announced.

For those curious about this stateside incarnation, here’s a primer on the original “Love Island.”

An island of Love

The “island” is really the luxury villa in which the contestants are trapped — sorry, living — for the summer, which also happens to be on an island. The U.S. villa is on Fiji, the British and Australian setups take place on the Spanish island of Majorca. (Versions of “Love Island” have also aired in countries across continental Europe, including Denmark, Germany and Finland.)

The villa has everything you need for a monthlong holiday with strangers: a pool, numerous day beds, a hot tub, outdoor kitchen, communal bedroom and lots of string lights. “Islanders” are only allowed outside of the villa for dates and challenges — more on those later — so most of the time they’re at the mercy of the villa’s many, many cameras.

The show’s producers also communicate with islanders via text messages on closed circuit cellphones, announcing evictions and new arrivals with cheeky hashtags. (Contestants’ phones are taken away and they are denied access to the internet, leaving them disconnected from the world beyond the villa.)

Since it’s the height of summer, everyone wears swimwear every day and then gets very dressed up every night to drink and make merry. The production aesthetic is “aspirational Instagram story,” and there is a lot of slow-motion.

It looks like CBS is sticking with the tried and tested “Love Island” formula: This season’s starting contestants appear to be predominantly white with very little body fat, and they’re all under 30.

They also all appear to be straight, which is typical — since it debuted in 2015, “Love Island” has been organized almost exclusively along the battle lines of heterosexuality. There has only been one same-sex couple on the British show: Bisexual contestants Katie Salmon and Sophie Gradon were briefly coupled up in Season 2.

Each week there is a ceremonial “re-coupling,” in which either the men or the women stand in a line in front of the fire pit. The islanders of the opposite gender then stand up one by one and say “The boy (or girl) I would like to couple up with is … ” Whoever doesn’t get chosen has to leave the villa.

Increasingly, minor British celebrities or celebrity-adjacent singles find their way onto the island. (A different British dating show called “Celebrity Love Island” debuted in 2005, but it only lasted two seasons.) A Miss Great Britain winner competed in the second season, a former teen pop star was a fan favorite in the third. The actor Danny Dyer’s daughter, Dani, actually won the fourth season.

Who are the winners?

That depends on who you ask. Technically viewers vote for their favorite couple, who receive a money prize (50,000 British pounds in the original show, an unannounced sum in the U.S.) Throughout the season there are smaller triumphs and failures, as people get voted off the island by the public and each other.

Islanders can also win challenges, which tend to be outrageously silly and lewd. Sometimes, they also involve reading “mean tweets” from the public about the contestants. This inevitably leaves islanders paranoid and panicky. (It seems likely CBS will tone down the challenges for the American audience, both because U.S. censors are more prudish than the British when it comes to on-screen sex, and because the show has an 8 p.m. time slot on network television.)

But there’s the game of “Love Island” and then there’s the game of love, and some contestants find long-lasting romance even if they don’t succeed as competitors. A handful of “Love Island” couples are married (one pair of islanders got married on a live British morning show, in their swimwear, natch). Most, though, find careers as influencers after they leave the island. British contestants have gone on to design clothing lines, write books, present TV shows and endorse many, many products on Instagram.

What are the controversies?

“Love Island” has inspired heated public discourse. The British House of Lords debated whether contestants smoking on early seasons glamorized the habit for the show’s viewers (most are between 16 and 34-years-old), and the show has inspired many hand-wringing columns about the state of millennial life.

When islanders leave “Love Island,” they discover they have become very famous, and that the public has very strong opinions about their behavior in the villa. The suicides of two former contestants (Gradon and Michael Thalassitis) prompted an inquiry by the British Parliament into the treatment of reality TV contestants. ITV, which produces the show in Britain, responded by announcing they would provide therapy and other types of emotional support to contestants.

In the fourth British season, one male islander’s behavior sparked conversations about gaslighting. A women’s charity issued a statement on how to spot emotional abuse in relationships. Nevertheless, viewers have spotted similar themes of toxic masculinity among the men in the current British season.