Michael Jaffee, who with his wife, Kay Jaffee, founded the Waverly Consort, which specialized in performing music from medieval and Renaissance times and helped fuel a surge of interest in early music over the last half century, died on June 15 in Patterson, N.Y. He was 81.

His family said he died after a fall while working outside on his property, something he loved doing.

Mr. Jaffee was a graduate student at New York University in 1959 when he and a fellow student, Kay Cross, taking a class from the musicologist Gustave Reese, became intrigued by early choral and instrumental music. Professor Reese asked them and some other students if they would try recording repertoire so the whole class could hear it, and the seeds for the Waverly Consort were planted.

The group, which varied in number depending on the type of concert, began performing in and around New York in the early 1960s, with the Jaffees, who married in 1961, the driving force, Michael playing lute and guitar, Kay on recorder and other instruments.

Reviewing an early concert at Carnegie Hall in April 1966, Allen Hughes wrote in The New York Times, “The performances showed how effectively people with no pretense of virtuosity can make agreeable music come to life and reveal its significance.”

The consort, with Mr. Jaffee directing, would don period clothing to perform music from the 10th to the 17th centuries, making for a visual tour of history as well as a musical one. 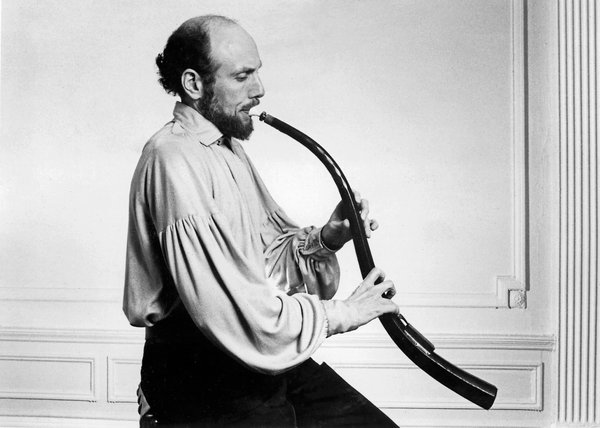 “A sextet of authentically costumed musicians, singing or playing medieval instruments, and a troubadour-narrator evoked a courtly pastime in an hourlong performance that can only be described as perfect,” Raymond Ericson wrote in The Times of a 1971 concert at the Hunter College Playhouse.

Such ensembles were uncommon at the time, and the consort’s success, which included television appearances as well as recordings and concerts, encouraged a proliferation of groups devoted to excavating and bringing to life music from before the Baroque period.

Because much early music was not written down, and because performance styles and expectations have changed over the centuries, devotees spend a lot of time debating authenticity. Mr. Jaffee, though, took a relaxed view of that question.

“Authenticity in and of itself is not the most important thing in my mind,” he told The Boston Globe in 1982. “To me, what’s important is communicating directly to an audience. That’s the point of all music, from early music to Stravinsky or Philip Glass.”

“Mike and Kay crafted gorgeous programs,” Rosamund Morley, a viola da gamba player who was a member of the consort for years, wrote in a tribute on the website of Early Music America, an umbrella organization Mr. Jaffee helped found, “showcasing in solos the particular strengths of each member of the consort, accompanied by beautifully illustrated program booklets.”

She added, “They gave a start to so many young singers and instrumentalists who are now stars in the historical performance movement.”

The group retired several years ago.

Michael Jaffee was born on April 21, 1938, in Brooklyn. His father, Leo, was a furrier, and his mother, Eva (Tzizes) Jaffee, was a fur saleswoman.

A memorial to those who lost their lives in 2019

Mr. Jaffee told The Globe that he was inspired as a boy by watching Arthur Godfrey strum a ukulele on television. He took lessons in that instrument, guitar and lute.

Mr. Jaffee received a bachelor’s degree at N.Y.U. in 1959 and a master’s in musicology there in 1961. The consort he and Kay Jaffee formed soon grew in popularity and maintained a busy touring schedule with scores of appearances each year.

The Jaffees weren’t afraid to have the group stretch beyond its early-music foundation. In the mid-1990s it performed a program of American music from the Revolution to the Civil War, selections captured in its 1996 album, “American Journey.”

In 1999, to mark the millennium, it offered “Revelation: 1000-2000,” a program of music spanning 10 centuries, raising eyebrows among the presenters who championed its early-music programs.

“When, say, we’re doing Leonard Bernstein, Samuel Barber, the Doors, Bob Dylan and Ruth Crawford Seeger, they kind of look at us and say, ‘I don’t know about that,’ ” Mr. Jaffee told The Omaha World Herald in 2000. “ ‘You’re supposed to be doing madrigals.’ ”

Mr. Jaffee is survived by his wife and a sister, Claire Jaffee Speciner.

Among the consort’s more striking efforts was the Christmas concert it performed for years, playing music associated with that holiday from long before the modern version of Christmas emerged. In 2006, in advance of a performance in Pennsylvania, Mr. Jaffee explained the intent of the program to The Intelligencer Journal of Lancaster. His philosophy could well be applied to all of the group’s work.

“What we try to do is bring people into a world that they might not know,” he said. “We use the music as a springboard to the spiritual experience. That’s our goal. We want to involve the audience and let them imagine that they are in another time and place.”