Mum spots face of Elvis in pot of McDonald's ketchup 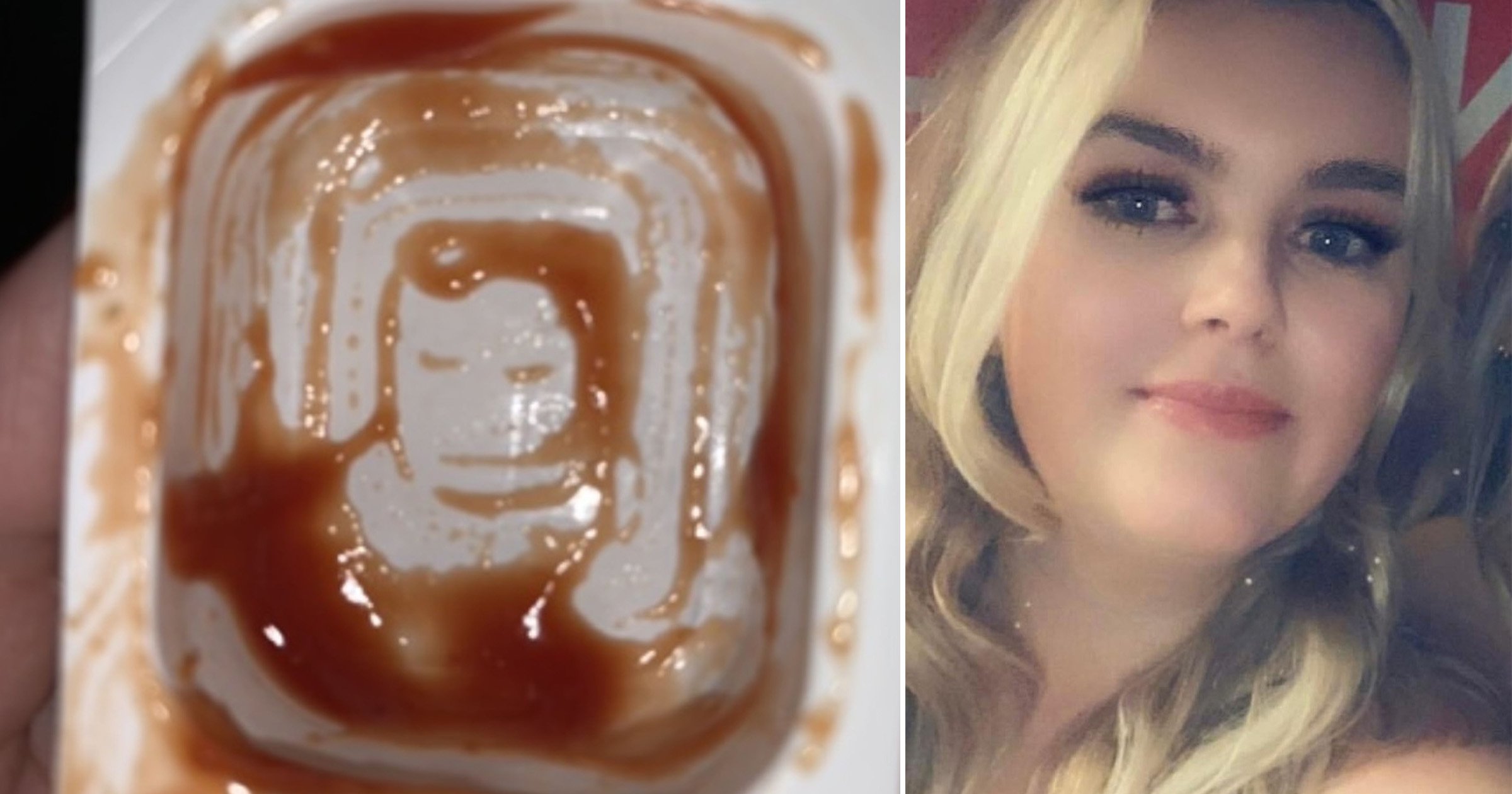 A mother was left ‘all shook up’ after discovering the King himself in a pot of McDonald’s tomato ketchup.

Lisa Ringsell, 27, from Dundee, did a double-take when she saw Elvis staring back at her after dunking her last nugget.

There is an undoubted likeness to be fair, with a defined head, trademark quiff, eyes, mouth and sideburn.

She said: ‘I looked in the pot debating if there was enough sauce to dip again and [that’s when] I saw him.

‘As soon as I saw him, I immediately said “what?” and showed my partner.

‘I said to him “this looks like Elvis”, I took the photo straight away and showed some friends.

‘They were just laughing about it, they could see the resemblance too.’

Lisa confessed her partner Dean, 26, was not as fussed about the discovery, telling her she gets excited over ‘silly things’.

‘I don’t usually notice these things, which made it funnier,’ she said.

‘It’s something I won’t forget for a long time. My mum is an Elvis fan so she loved it.

‘If it wasn’t food I would for sure have kept it but I know it would of turned bad so couldn’t keep it.

‘It’s made me more likely to look out for faces in future.’

It’s certainly not the first time a famous face has popped up in an unexpected place.

A cloud in the shape of the Queen’s head was spotted in the sky by multiple people following her death on September 8.

One of those was Leanne Bethell, who took a photo of a Queen-shaped cloud while driving through Telford, West Midlands, around the time of the Her Majesty’s death.

The silhouette appeared to be wearing a hat, which often frequented the Queen’s head during her 70-year reign.

For more stories like this, check our news page.