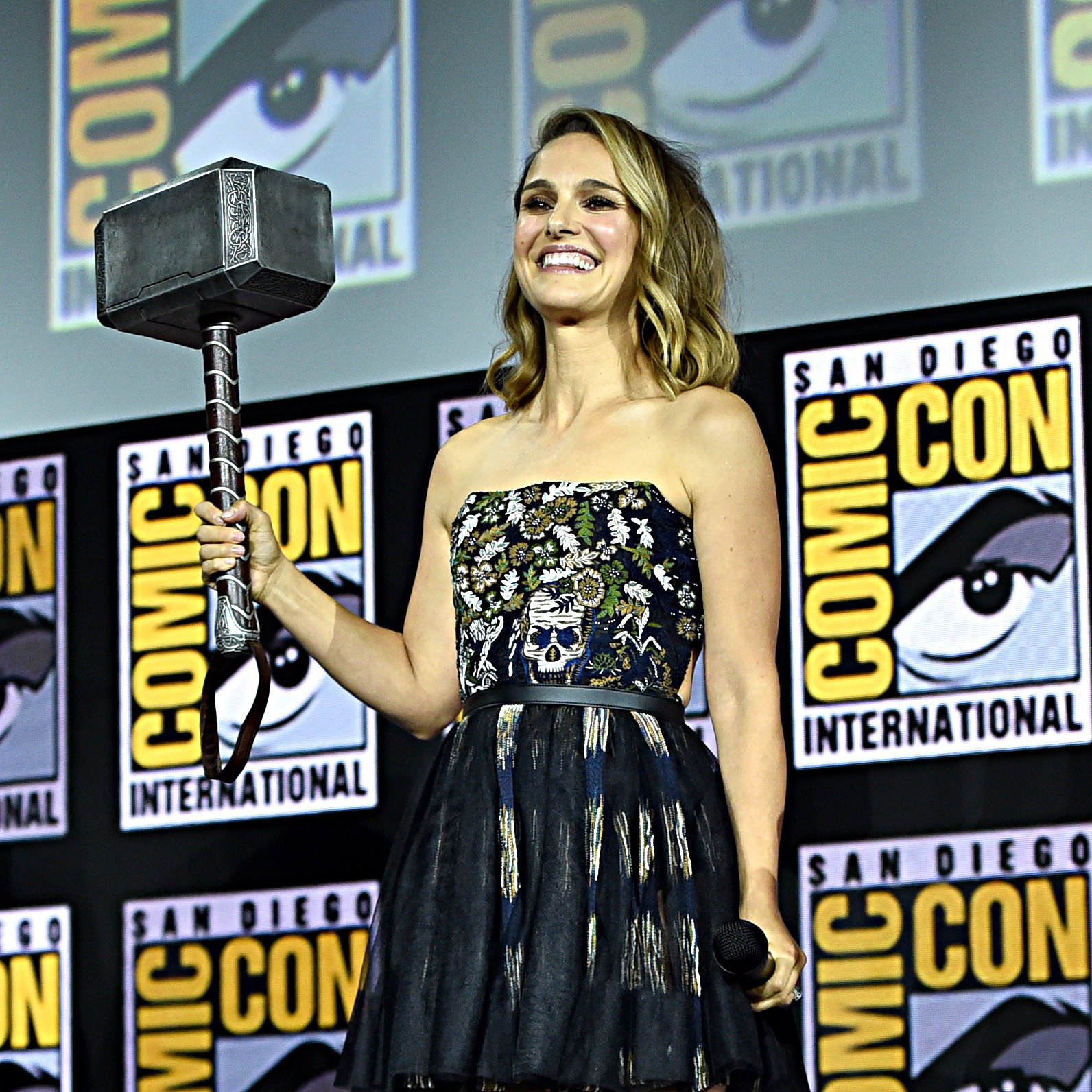 The makers of Thor: Love and Thunder announced Natalie Portman will not only be back for the fourth Thor film, she’ll be taking on the mythical hammer and god-like powers herself.

The news that Portman’s character Jane Foster would be back as a female Thor was announced at San Diego Comic-Con on Saturday, and people — especially women — are simply overjoyed.

Not only that, Portman will star alongside Tessa Thompson as Valkyrie. Fans already knew Thompson would be back as King of Asgard, and she broke the news at Comic-Con that her character would be looking for a queen — making her potentially the first openly LGBTQ superhero in the Marvel Cinematic Universe.

On Sunday, Portman reacted to her new role on Instagram with a photo of her next to Thompson and Chris Hemsworth, who will also be back in the movie.

“Remember this as the before picture for when I get jacked,” Portman joked about getting ready to play her new superhero role.

Comic book readers already know Jane Foster as The Mighty Thor. In a 2014 storyline, Thor loses his power and renounces his name. Foster picks up the hammer Mjolnir and becomes the Goddess of Thunder, also ultimately taking on Thor’s name.

Few details have been revealed yet about the where Thor: Love and Thunder will take the story, but Portman said in her Instagram post she was thrilled to become “female Thor.”

Saturday’s announcement had people ecstatic for what it symbolizes.

Especially since Portman once said she was “done” with the Marvel universe. People online couldn’t help but joke about what kind of power or deal she was able to make to be pulled back in.