From his new collection, “Mister Toebones,” Brooks Haxton gives us poet as trickster. And to be honest, I’m so tired of the bell curve and how it comes around like Halley’s comet every so often — but instead of bringing delight, it’s just a footnote to pedantic racism. Here, Haxton reminds me that there’s something spectacular in the caterwauling nine lives of a cat, and if that’s not an intelligence all its own, of course the tests don’t matter. Selected by Reginal Dwayne Betts 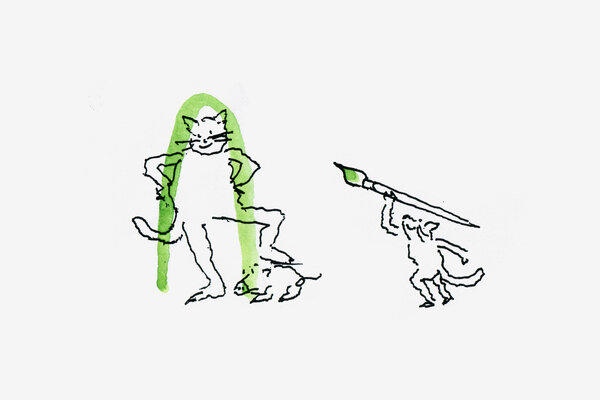 A Cat Lover’s Guide to The Bell Curve

Pigs may be the most intelligent
of the domestic animals,
but next to pigs cats look like
geniuses for diet, caterwauling
sex, longevity, and hygiene.
Sows suffocate their young
by accident, or swallow them
alive on whim. I’ve seen them
puke their breakfast in the dirt
and eat it warm for lunch, their faces
smeared with shit. The poor,
some experts say, are less intelligent
than the rich. This they prove
with numbers from a test
which, I’m just guessing,
is the one they use on pigs.

Reginald Dwayne Betts is a poet and a lawyer. He created Freedom Reads, an initiative to curate microlibraries and install them in prisons across the country. His latest collection of poetry, “Felon,” explores the post-incarceration experience. His 2018 article in The New York Times Magazine about his journey from teenage carjacker to working lawyer won a National Magazine Award. Brooks Haxton is a poet, a translator and a nonfiction writer whose latest collection is “Mister Toebones” (Knopf, 2021). He teaches creative writing at Syracuse University and Warren Wilson College.