The last few years have brought major changes within the royal family — it’s been a time of reshaping what the monarchy will look like in the next decade. With the recent ascension of King Charles III to the throne, there have also been some shifts behind the scenes when it comes to personal relationships.

King Charles and Prince William are relishing in their new roles after the death of Queen Elizabeth II and “talking about the future of the country,” according to People. The father-son duo have grown close over the last few years because “their future roles has strengthened their bond.” The loss of the Queen, and her husband Prince Philip a year before, is one of the reasons why they are confiding in each other, but there is another event that reportedly facilitated this united front: Prince Harry’s move to the US.

With Harry and Meghan Markle’s decision to step away from their senior royal roles, Charles and William began to strategize what a modern monarchy would look like. In sharing his father’s vision, the palace has slimmed down the royal ranks while taking a new approach to their PR strategy in making the family more relatable to the public they serve. A source told the outlet that reshaping the royal family “brought [William and Charles] closer.”

The family members weren’t always that close in the past, and royal critics often accused William of not taking his duties seriously. However, the insider confirmed that has all changed with the Prince of Wales “fully immersing himself” in his new position. A second source added, “He is going to very much take an active role in it.” William and Charles’ newfound chummy relationship could make things harder for Harry and Meghan, who don’t seem to be making any headway with thawing family relations. The couple was kept strictly on the outside of the inner family bubble during the mourning period for Queen Elizabeth — it wasn’t a warm visit on either side. This united front from the royal family may force the Sussexes to dig their roots deeper in California as the shifting face of the monarchy means nothing will ever be the same.

Before you go, click here to see the 100 best photos of the royal family from the past 20 years. 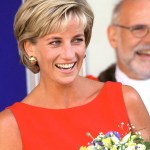