Ryan Reynolds and Rob McElhenney given freedom of city of Wrexham 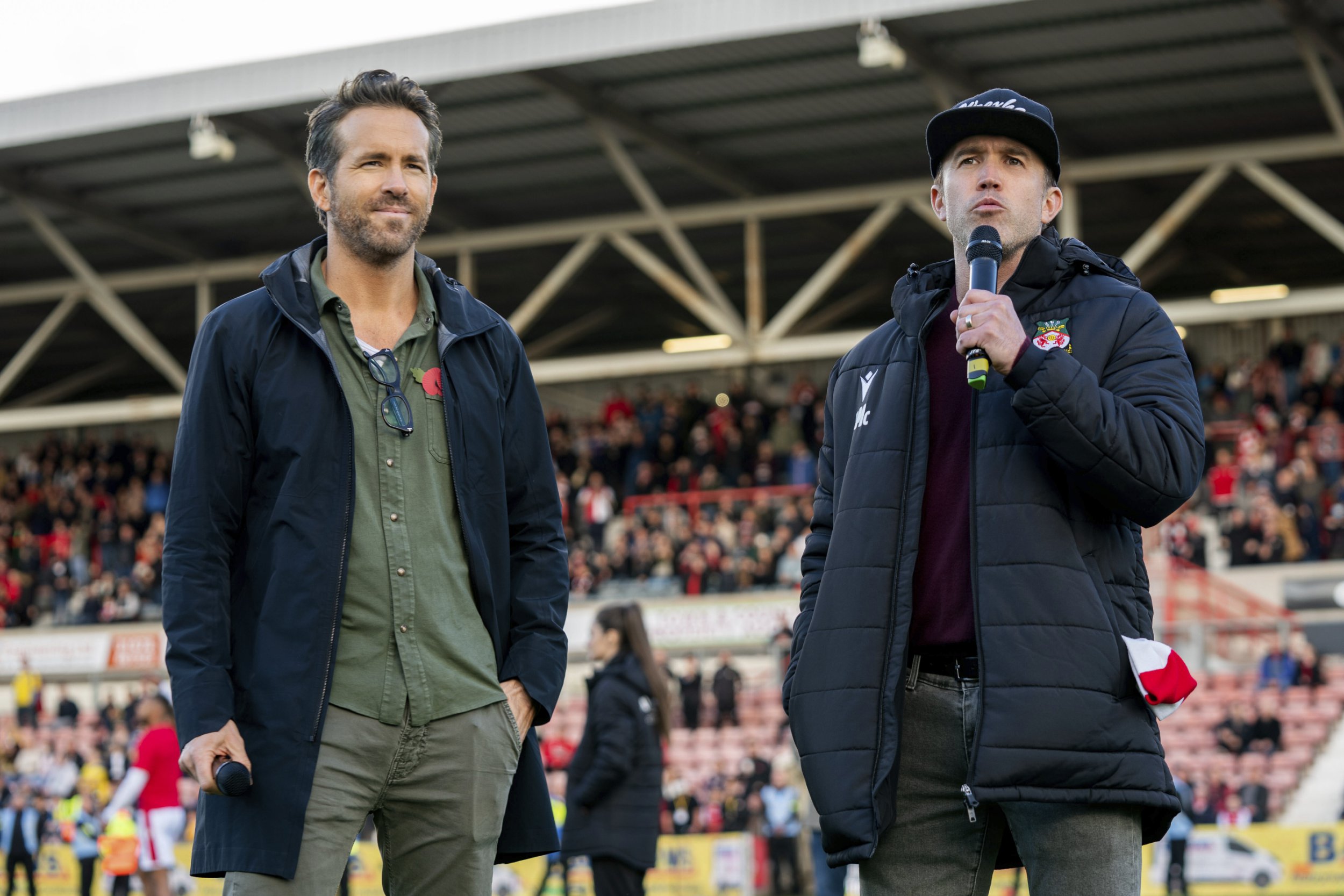 Wrexham owners Ryan Reynolds and Rob McElhenney have reason to celebrate after being given the freedom of the Welsh city.

However, not everyone was on board as two Conservative councillors opposed the decision.

The news was confirmed after a council meeting on Wednesday approved the motion of offering the Hollywood stars the Freedom of the County Borough of Wrexham, with the vote passing with 46 in favour and two abstaining.

Ryan, 46, and Rob, 45, whose takeover of the National League side in February 2021 created headlines worldwide, are expected to receive the civic honour in-person at a ceremony at some point in 2023.

Deadpool star Ryan attended the meeting virtually and said the duo are ‘impossibly grateful for the ‘honour’ bestowed upon them by the council.

‘Wrexham is home to one of the most beautiful stories on Earth,’ he said.

‘What this town has given us is immeasurable. Our goal is now, and it’s always been, to uphold the values of this community in this club.

The Canadian-American star insisted that ‘Wrexham isn’t really just a slogan’ but is now a ‘globally recognised motto,’ and his and Rob’s goal is to ‘continue growing Wrexham in the hearts and minds of folks all over the planet.’

‘I think I can safely speak for Rob when I say that we consider ourselves genuinely the luckiest guys on Earth. Thank you for welcoming us into your homes and your special community. We’re eternally grateful,’ he concluded.

Council leaders said the two A-listers had helped give the town ‘global promotion’ through their work as co-chairman of the club – in the hope of getting it back into the football league.

Rob and Ryan later both documented their takeover with the series Welcome to Wrexham.

Councillor Mark Pritchard, leader of Wrexham Council, said: ‘Football is the beating heart of our community and there’s always been incredible passion and support for the club.

‘We have an amazing story here in Wrexham, along with a unique character and identity that is winning fans all over the world.

‘These two Hollywood actors have had an incredible impact on both the football club and the community and have helped catapult Wrexham onto the world stage.’

He added that ‘you couldn’t wish to meet two nicer people’, of Ryan and Rob, describing them as ‘two wonderful guys.’

Alas, not everyone was so supportive, with Hugh Jones, the group leader of the Conservatives on Wrexham Council, criticised Ryan for liking an Instagram post from Paul Mullin, who showcased boots which had ‘F*** the Tories’ inscribed on them.

The councillor said Ryan ‘engaged in a message of hate against a section of our community.’

He, along with Councillor Paul Roberts, raised a hand to object to Ryan and Rob being awarded associated Freemen status, but were overruled.