There might be a short amount of time to wait until the start of Love Island 2023, but according to Sally Nugent, the new cast of The Apprentice bears strong similarities.

On Thursday, Lord Alan Sugar’s BBC series returns with a bang, with 18 brand new candidates battling it out for a chance to bag an incredible £250,000 investment for him for their proposed businesses, as well as the tycoon’s invaluable mentorship going forward.

For their first task, they’re sent all the way to the Caribbean island of Antigua to try their hand at selling bespoke tours to holiday-goers, before returning back to the UK for a grilling at the hands of Lord Sugar and his aides, Karren Brady and Claude Littner.

On Wednesday’s BBC Breakfast, presenters Jon Kay and Sally Nugent reacted to a newspaper spread of the show’s cast, which included Joseph Phillips, who dubbed himself the ‘James Bond of business’, and Rochelle Anthony, who said she’s been described as the ‘Kim Kardashian of the business world’.

‘Are we sure this is The Apprentice?’ Sally asked as she looked at the newspaper article, which featured a picture of Joseph in small swimming trunks and Rochelle in a red dress. 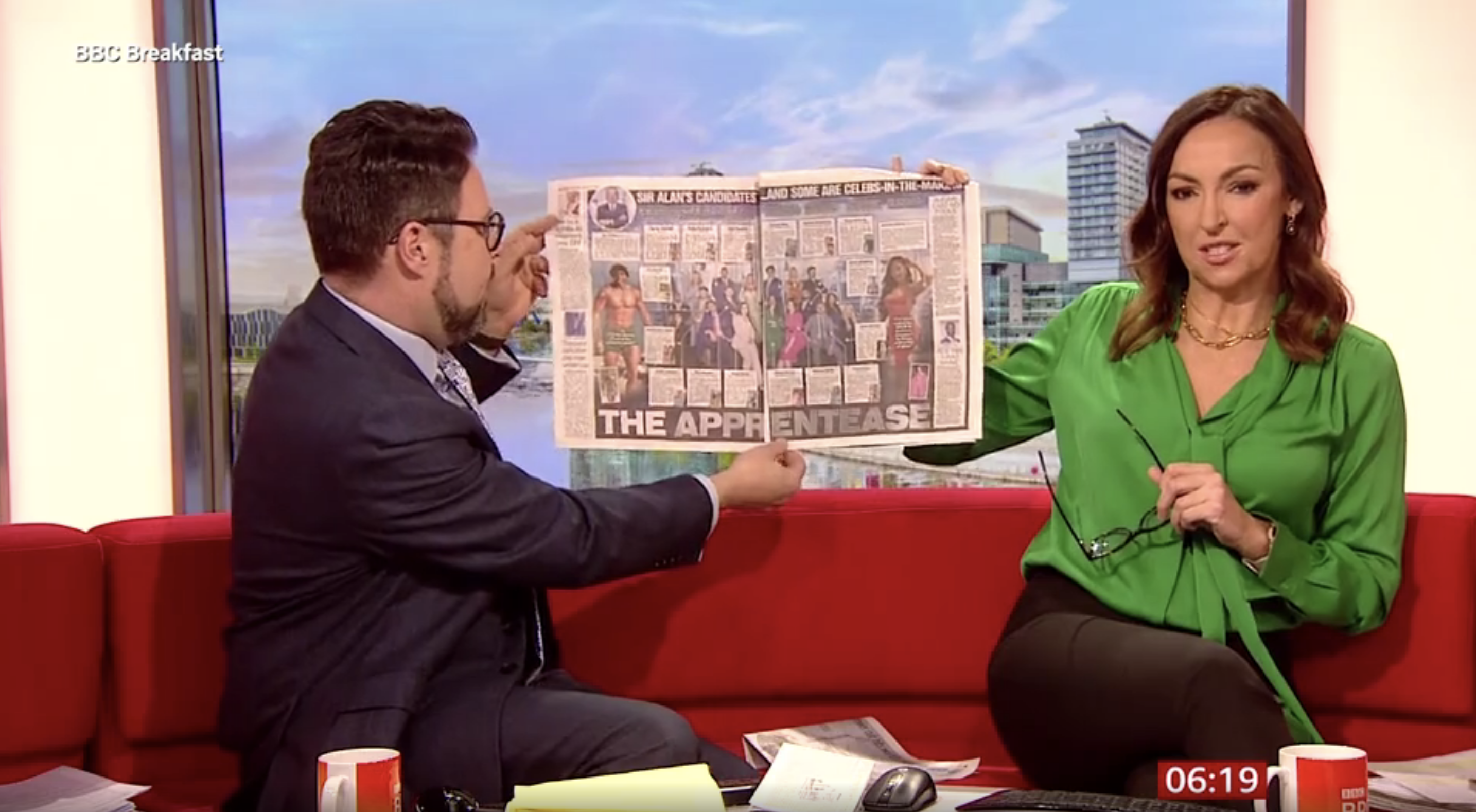 After taking a closer look at Joseph in his Daniel-Craig-in-Casino-Royale-esque moment, Sally pointed out the extent to which Lord Sugar is involved in deciding who’s cast on the series.

‘Lord Sugar says actually he’s very involved in the recruitment process, so it’s not about what they look like. It’s about their business brains,’ she said… before chuckling at her own words.

During a press conference attended by Metro.co.uk ahead of the 2023 series launch, Lord Sugar was asked what he thought of the comparisons between the cast of The Apprentice and Love Island.

‘I don’t know – I’d be able to answer that question if I ever watched Love Island,’ the 75-year-old quipped.

He was also asked about the prospect of casting older candidates in the programmes, as he insisted that there was no restriction on how old applicants could be.

‘There is no age limit to our applications,’ he stressed.

‘In the past series, I think there was someone who was a little more mature than the other candidates. There is no age limit and we don’t restrict people of more mature age.’

The Apprentice 2023 series begins on Thursday at 9pm on BBC One and BBC iPlayer.