Fans of the “Sister Act” franchise are likely feeling “Joyful, Joyful,” after Disney announced on Thursday that a new sequel for the film is being developed.

“Sister Act 3” will debut on the Disney+ streaming service with Whoopi Goldberg reprising her iconic role as Deloris Van Cartier in the film, the company said. “The View” co-host is also set to produce the movie, along with Tyler Perry.

Goldberg, 65, famously portrayed a lounge singer who went undercover as nun and choir director Sister Mary Clarence in 1992′s “Sister Act,” and in the 1993 sequel “Sister Act: Back in the Habit.”

The daytime talk show host and EGOT winner (someone who’s won an Emmy, Grammy, Oscar and Tony) has been pushing for a new “Sister Act” sequel for some time. 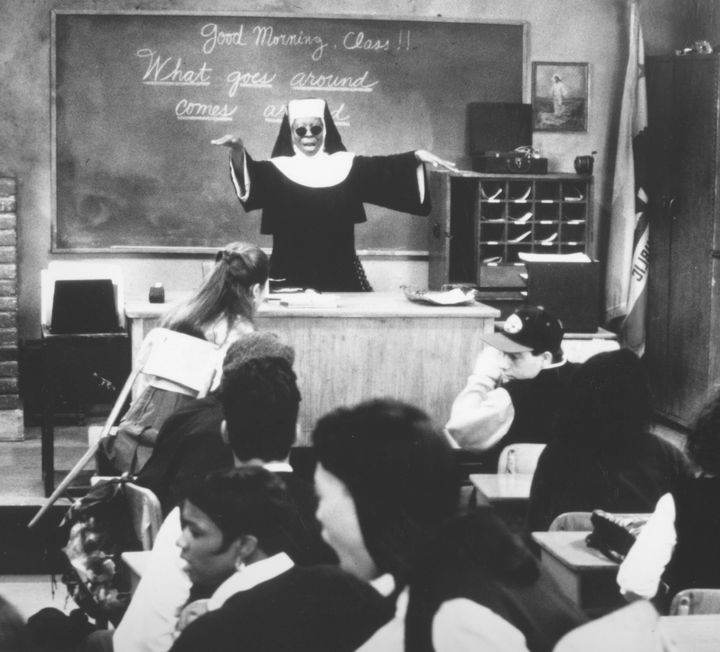 During a virtual October appearance on CBS’ “The Late Late Show,” Goldberg told host James Corden that the reason a third “Sister Act” film hadn’t been made was because she was told that “no one wanted to see it.”

Goldberg then teased that a new film was on the horizon, adding: “Quite recently it turns out that that may not be true, people might want to see it.”

The actor added that she was working “diligently” to get the “gang together and come back.”

Cast members of the franchise have publicly reunited in recent years.

In 2017, “Sister Act” cast members, including Kathy Najimy, Wendy Makkena and Prudence Wright Holmes, joined Goldberg on “The View” to perform songs from the film with a choir on stage.

Goldberg and Perry have worked together before; “The View’ co-host starred in Perry’s 2018 film, “Nobody’s Fool,” which also starred Tika Sumpter, Tiffany Haddish and Amber Riley.