Suits actors and actresses – How their lives have changed

It’s been 10 years since “Suits” premiered, and boy, have things changed for the cast! When the legal drama debuted on the USA network in 2011, many of its actors and actresses were relatively new to the Hollywood scene. In celebration of the show’s milestone anniversary on June 23, 2021, Wonderwall.com is taking a look at where the “Suits” cast is today. Keep reading for more…

RELATED: “Legally Blonde” cast: Where are they now?

RELATED: Famous hot men you forgot were on “Sex and the City”

Gabriel Macht was relatively unknown when he landed the role of Harvey on “Suits” in 2011. Since then, he’s built a large fanbase and starred in a few films such as the 2013 thriller “Breaking at the Edge.” In 2019, he appeared on the short-lived “Suits” spinoff series, “Pearson.” Gabriel has been married to Australia-born actress (and former “The Real World” star) Jacinda Barrett since 2004. The couple share two children, daughter Satine and son Luca.

RELATED: Stars you forgot appeared on “Law and Order: SVU”

Patrick J. Adams has been in a number of TV shows and films since his early “Suits” days. He’s appeared in “Car Dogs,” “Room for Rent,” “Clara,” “Orphan Black,” “Legends of Tomorrow” and “Sneaky Pete.” In 2020, he portrayed John Glenn on the historical drama series “The Right Stuff,” which is streaming on Disney+. Next up, he’ll appear in the film “The Swearing Jar.” In 2016, he married “Pretty Little Liars” actress Troian Bellisario, whom he began dating in 2009 after they fell for one another on the set of the play “Equivocation.” After a brief breakup, they reunited when he guest starred on her series in 2010. Their first child, daughter Aurora, was born in October 2018. In May 2021, they welcomed their second daughter, Elliot.

Meghan Markle’s life has changed drastically since she began playing Rachel Zane in 2011. The former actress left “Suits” in 2017 and married Prince Harry in 2018. The couple welcomed a son, Archie (who’s seventh in line to the British throne), in 2019 and a daughter, Lilibet “Lili” Diana (who’s eighth in line) in 2021. In 2020, Meghan and Harry exited as senior working members of the royal family following a long-running feud with the British tabloids and ongoing issues with the royal family and palace staff. They’ve since adjusted to a new lives across the pond — they relocated to California, inked a multi-year production deal with Netflix and appeared in a buzzed-about interview with Oprah Winfrey. Prior to her royal life, the Duchess of Sussex appeared in “Castle,” “Dysfunctional Friends,” “Random Encounters” and “Anti-Social” and operated her own lifestyle blog, The Tig. She was previously married to producer Trevor Engelson from 2011 to 2013.

Gina Torres has continued the successful career she had prior to starring on “Suits.” The actress has appeared in a few films like “Mission: Space” and “Selah and the Spades” and on several episodes of “Hannibal,” “Revenge,” “Westworld,” “The Catch” and “Final Space.” In 2019, she briefly starred on her own short-lived “Suits” spinoff, “Pearson.” In addition to lending her voice to a character on “Elena of Avalor,” Gina appeared in the films “Troubled Water” and the television pilot for “The Brides” in 2020. Since 2021, she’s portrayed Tommy Vega on “9-1-1: Lone Star.” Gina separated from husband Laurence Fishburne in 2017 after 15 years of marriage and has since been in a relationship with real estate executive Kevin White. Gina and Laurence share a daughter, Delilah.

Rick Hoffman has taken on one-off roles since landing a leading role on “Suits” but primarily focused his attention on the USA show. The actor has appeared on “Law & Order: LA,” “Locker 13” and a 2016 episode of “Ballers.” In 2020, he appeared on an episode of “Billions.” Rick welcomed his first child, a son, in 2014.

Sarah Rafferty has worked on a few projects here and there but primarily focused on “Suits” while the show was still filming. The actress has also appeared in “Small, Beautifully Moving Parts” and the 2015 TV film “All Things Valentine.” In 2020, she appeared on three episodes of “Grey’s Anatomy” and in the film “Browse.” Sarah married stock research analyst Santtu Seppälä in 2001. The couple share two daughters, Oona Gray and Iris Friday.

Amanda Schull has kept herself busy since she began appearing on “Suits” in 2013. The actress has appeared in “I Am Wrath,” “Devil’s Gate,” “Nikita,” “Murder in the First,” “Pretty Little Liars” and “12 Monkeys.” In 2020, she appeared on an episode of “MacGyver” and in the made-for-television film “Project Christmas Wish.” Amanda married George Wilson in 2011. In 2020, they welcomed their first child together, a son.

Dulé Hill joined the cast of “Suits” in a recurring role in 2017. Prior to that, he starred on the USA series “Psych” and the award-winning NBC drama “The West Wing.” He’s also appeared in “The Guardian,” “Holes,” “She’s All That” and “Ballers.” In 2021, he appeared in the film “Locked Down” alongside Anne Hathaway and Chiwetel Ejiofor. He has a slew of projects in the works — he’s set to appear in the films “Psych 3: This Is Gus” and “Hypnotic” and on the television series reboot of “The Wonder Years.” Dulé married “Ballers” co-star Jazmyn Simon in 2018; the pair welcomed their first child together, son Levi, in 2019. They’re also parenting Jazmyn’s 14-year-old daughter, Kennedy, from a previous relationship.

Katherine Heigl joined the “Suits” cast in 2018 but she previously made a name for herself in blockbuster hits like “Knocked Up” and “27 Dresses.” She’s also well known for her role as Izzie Stevens on the long-running ABC drama “Grey’s Anatomy.” Since 2021, she’s starred as Tully Hart on the Netflix drama series “Firefly Lane.” She’ll next appear in the miniseries “Woodhull.” Katherine shares two daughters, Naleigh and Adelaide, and one son, Joshua, with her husband, musician Josh Kelley. 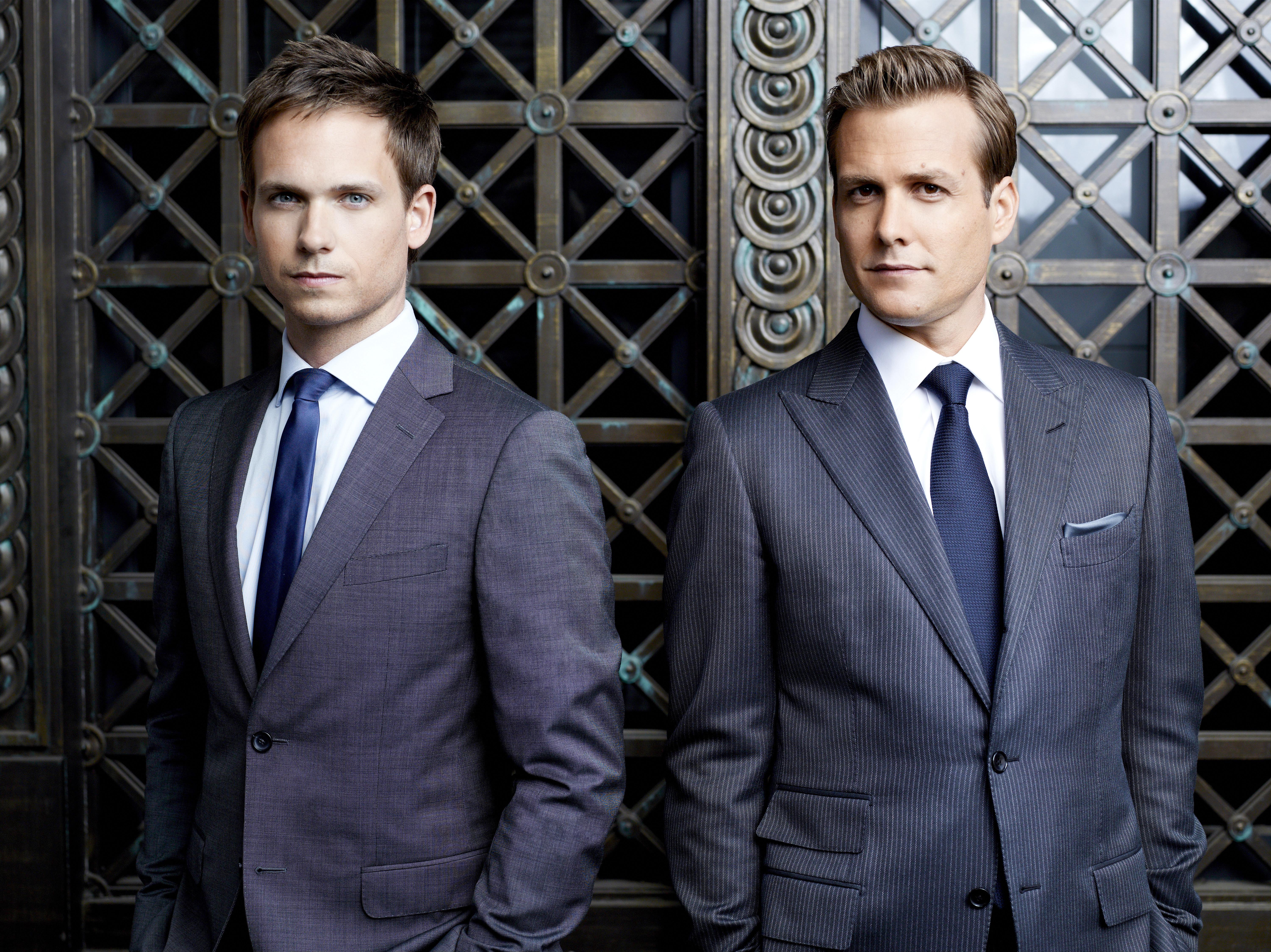 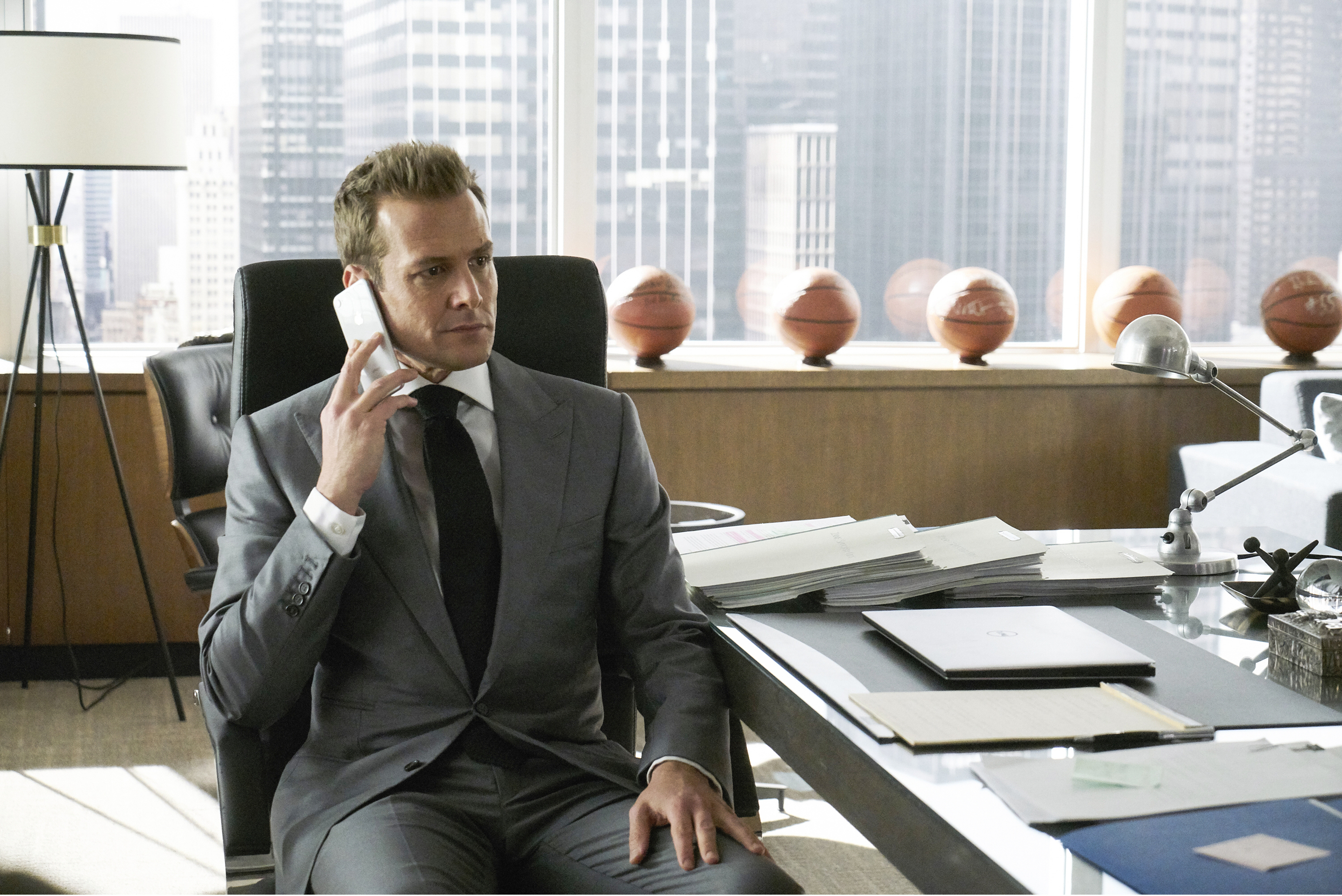 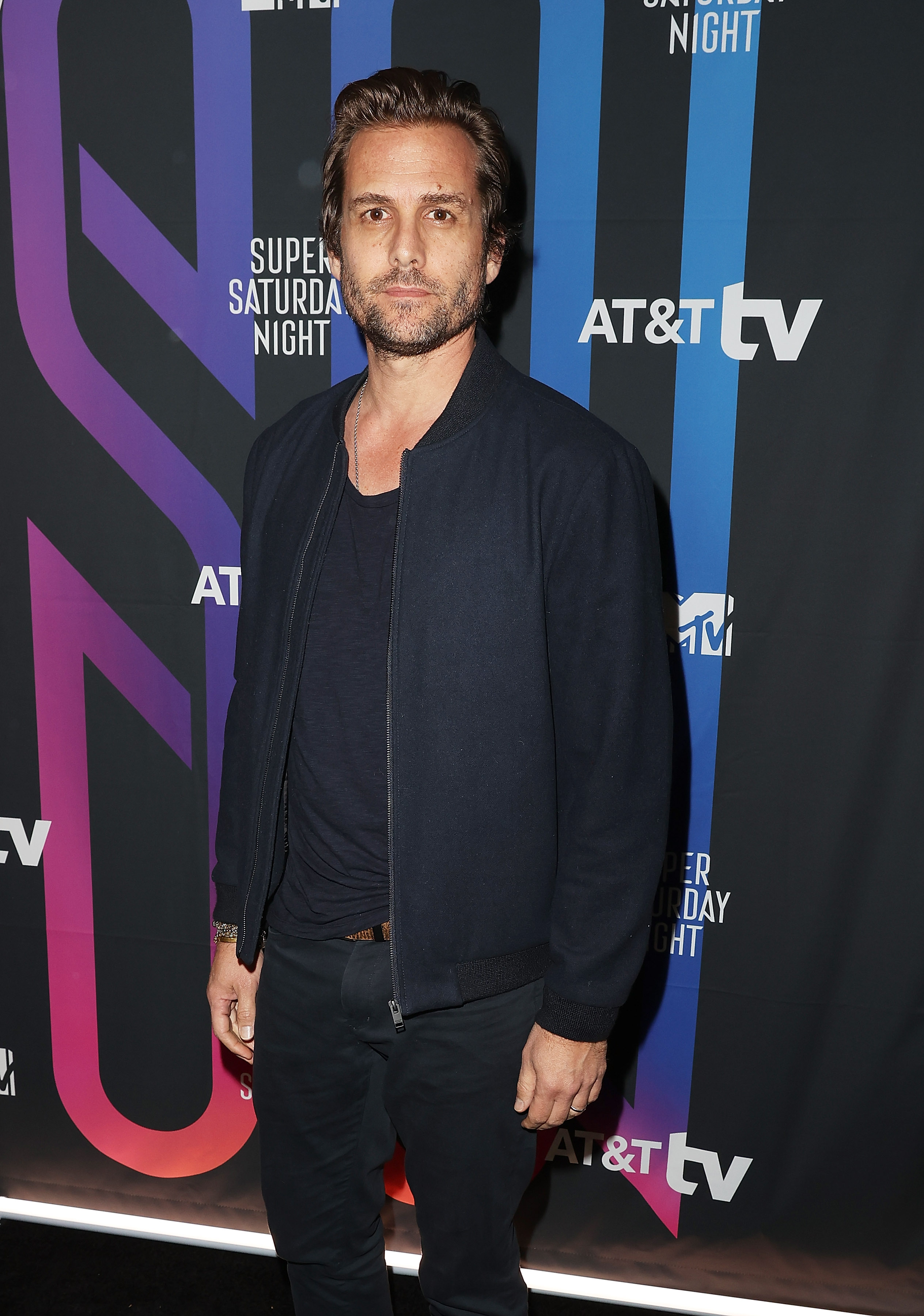 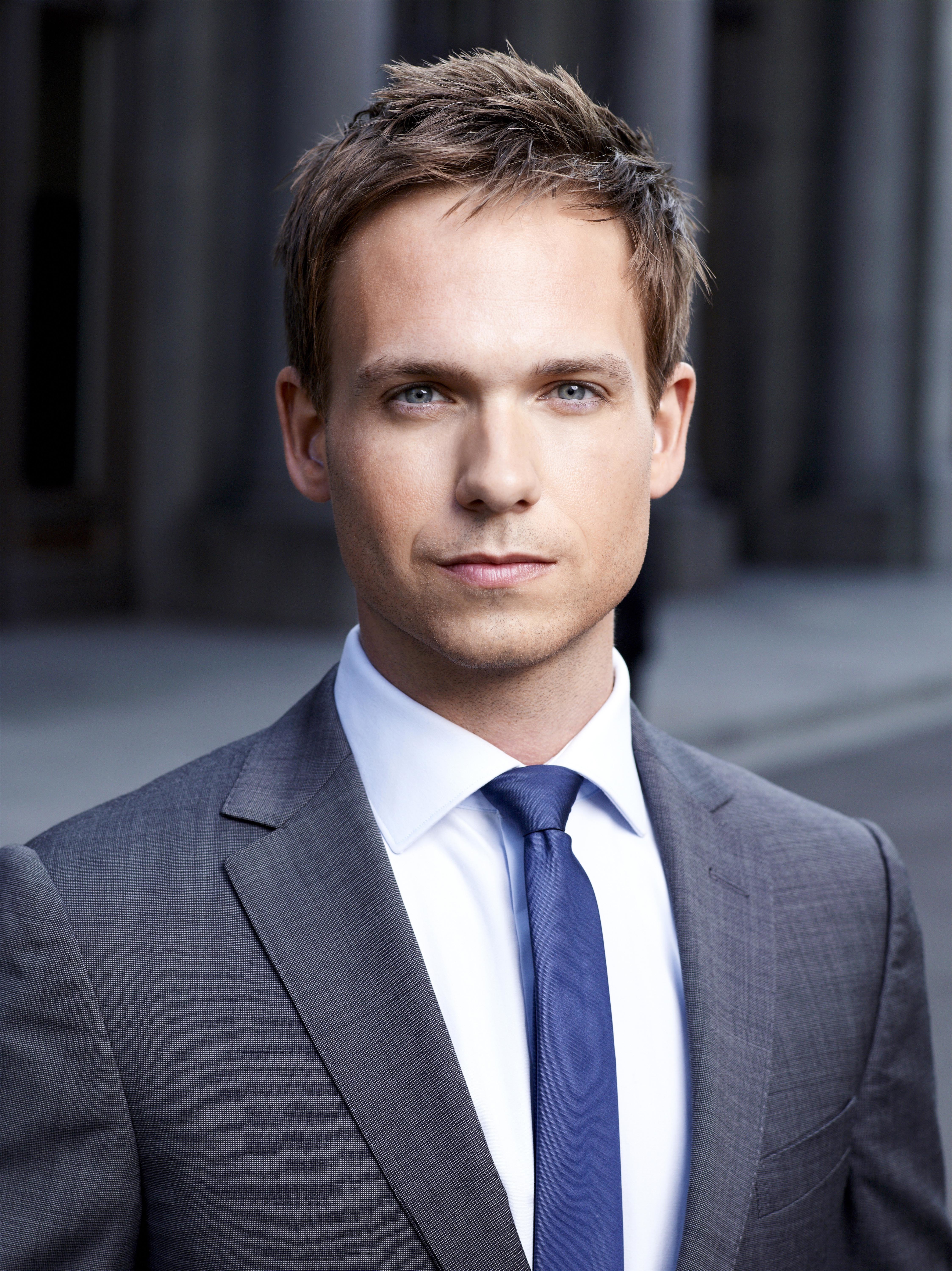 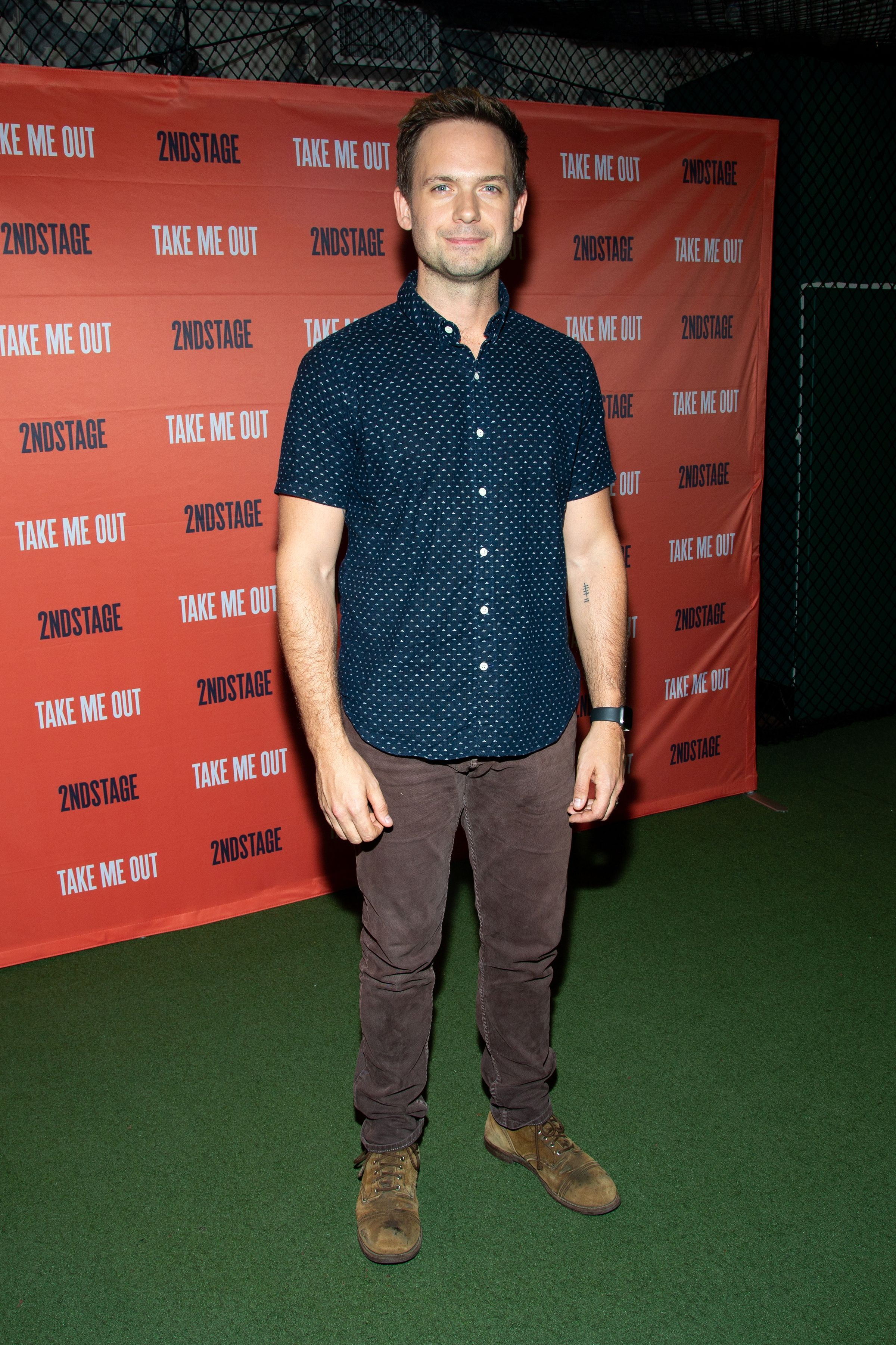 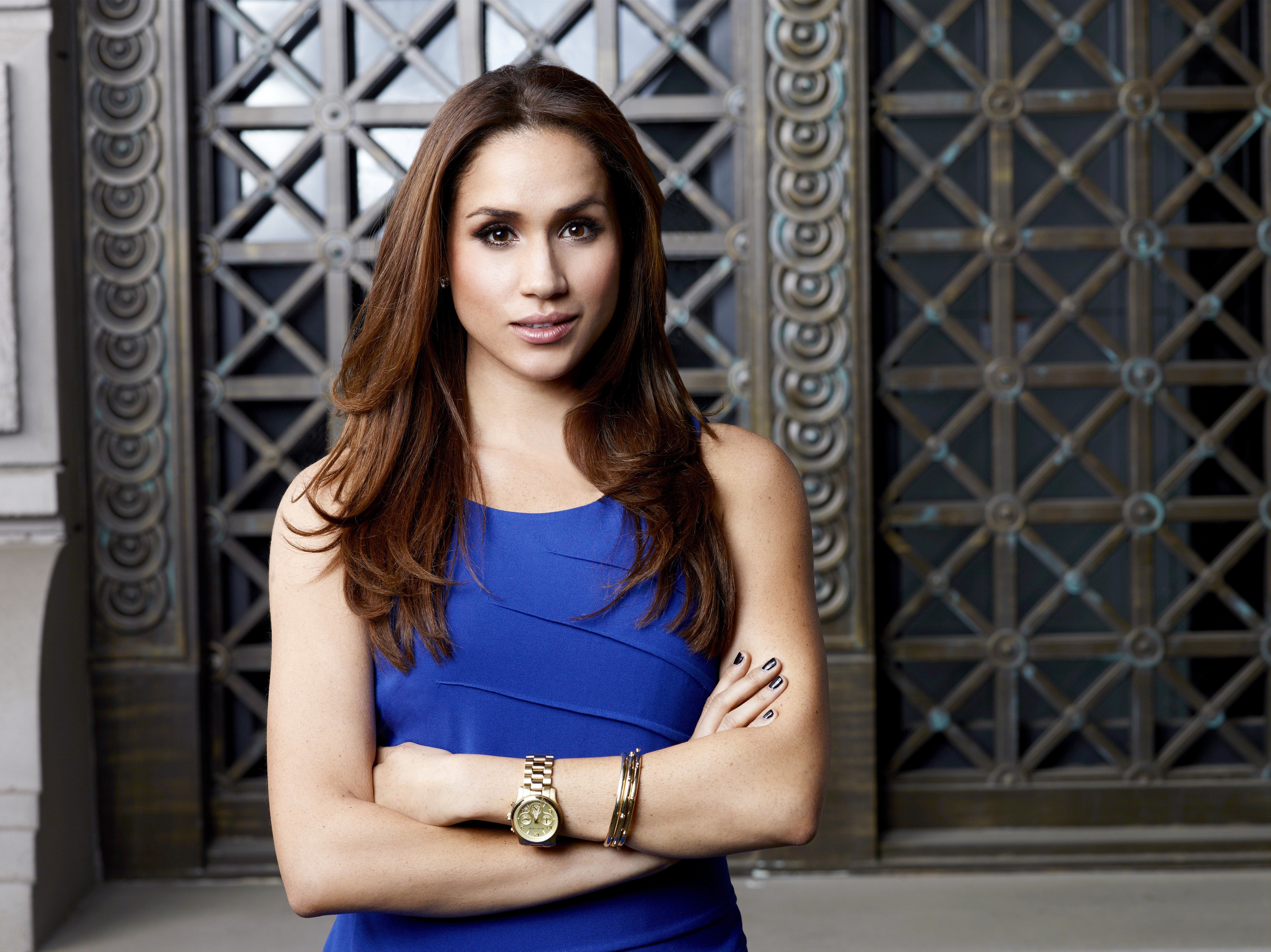 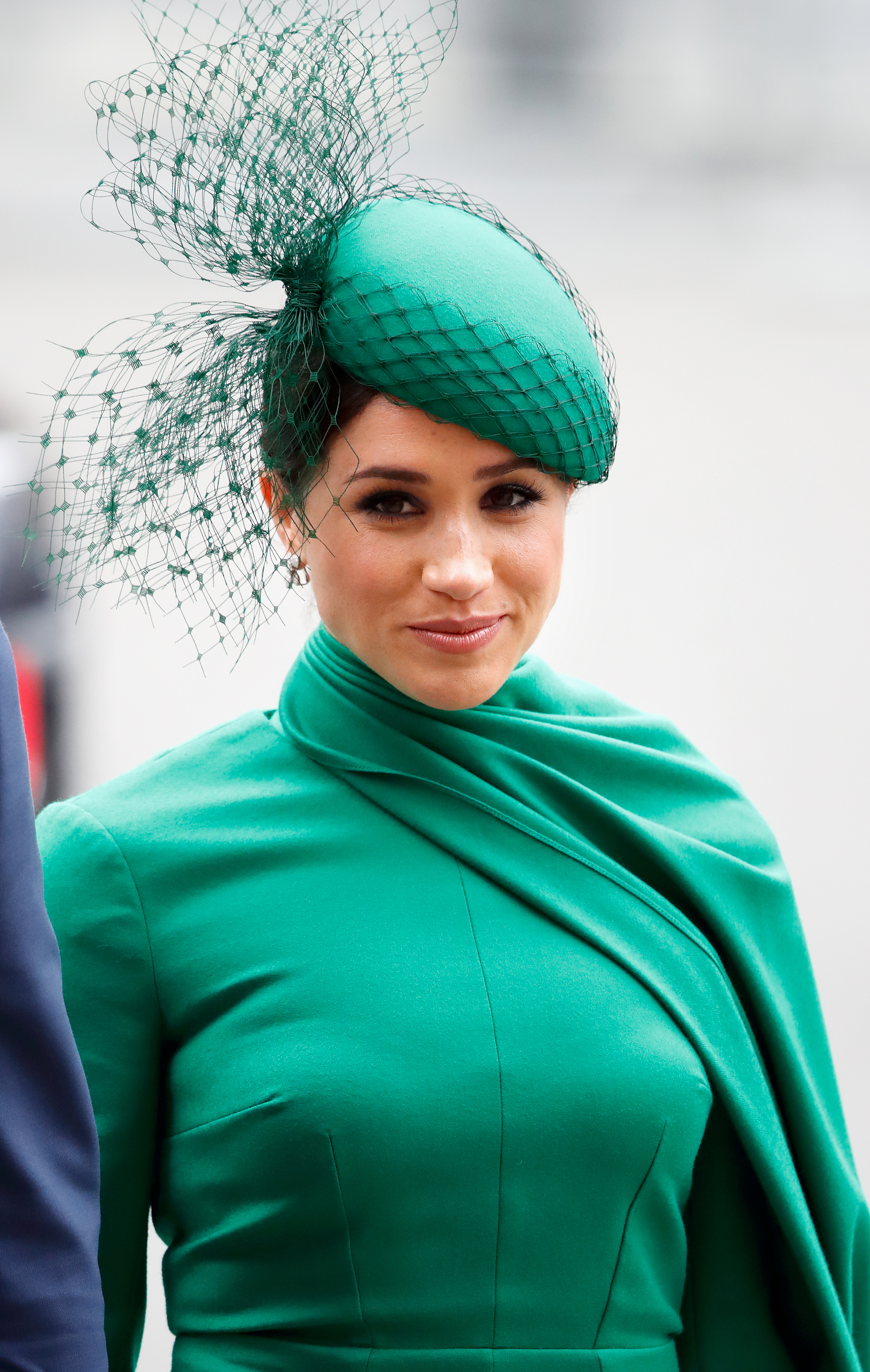 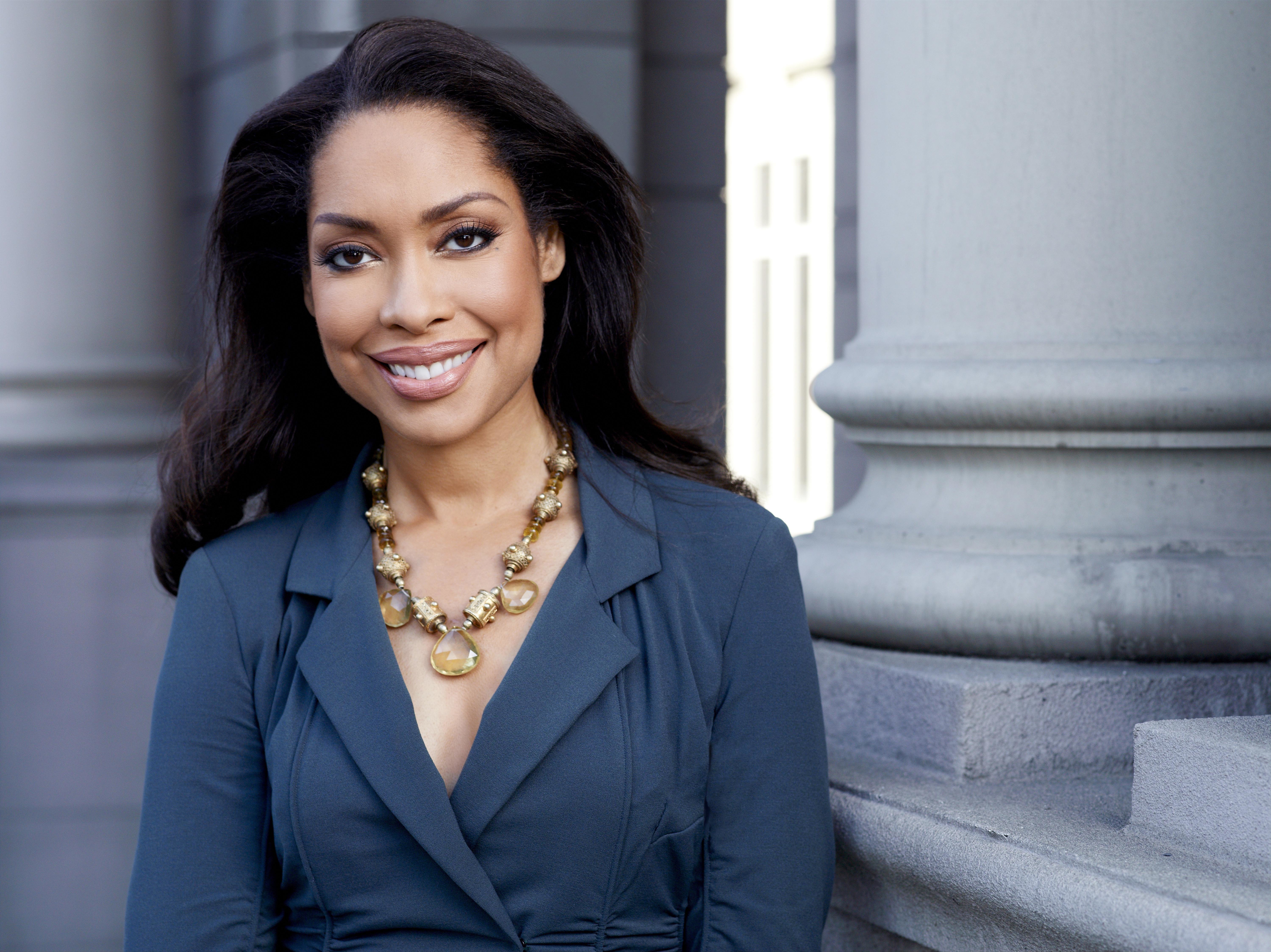 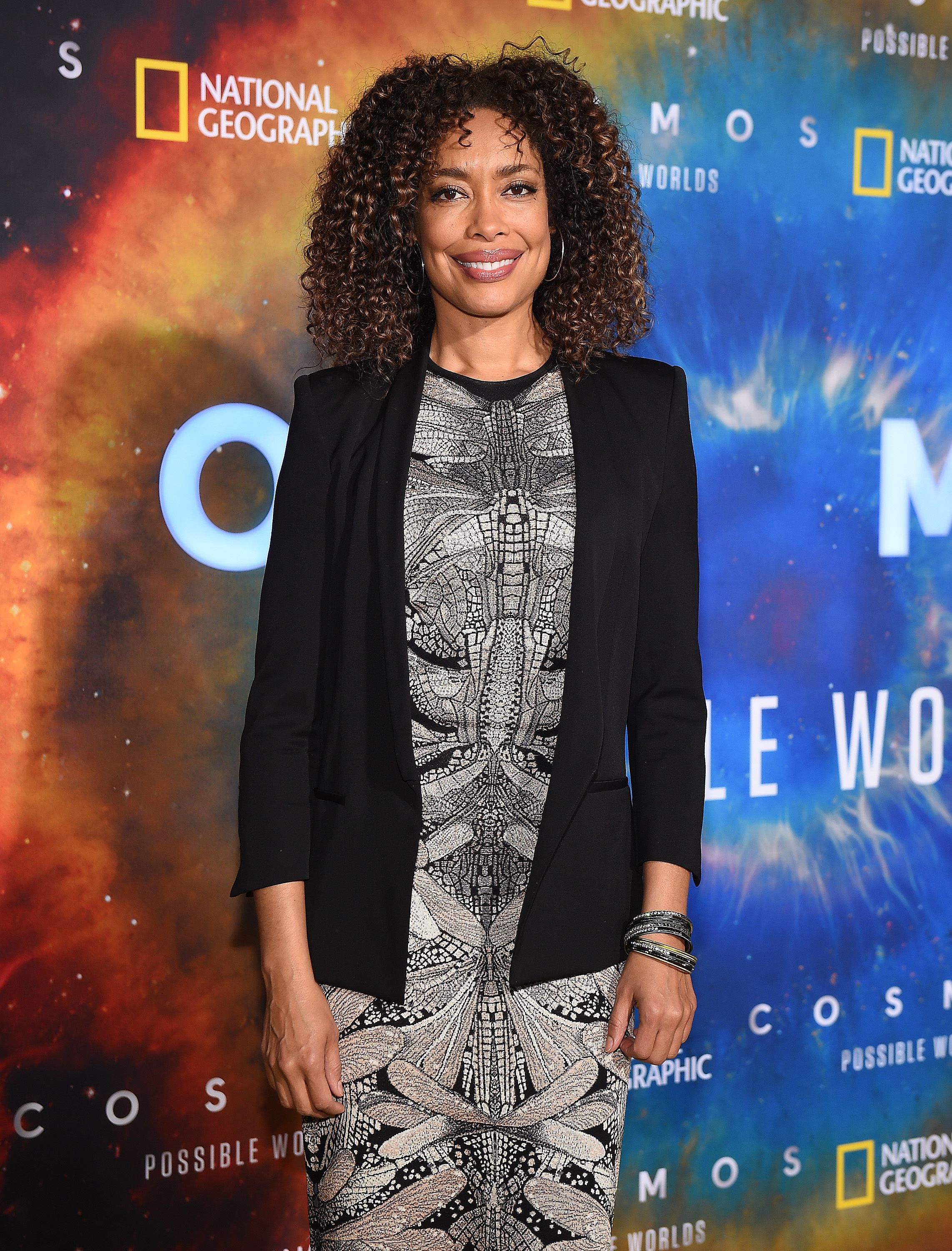 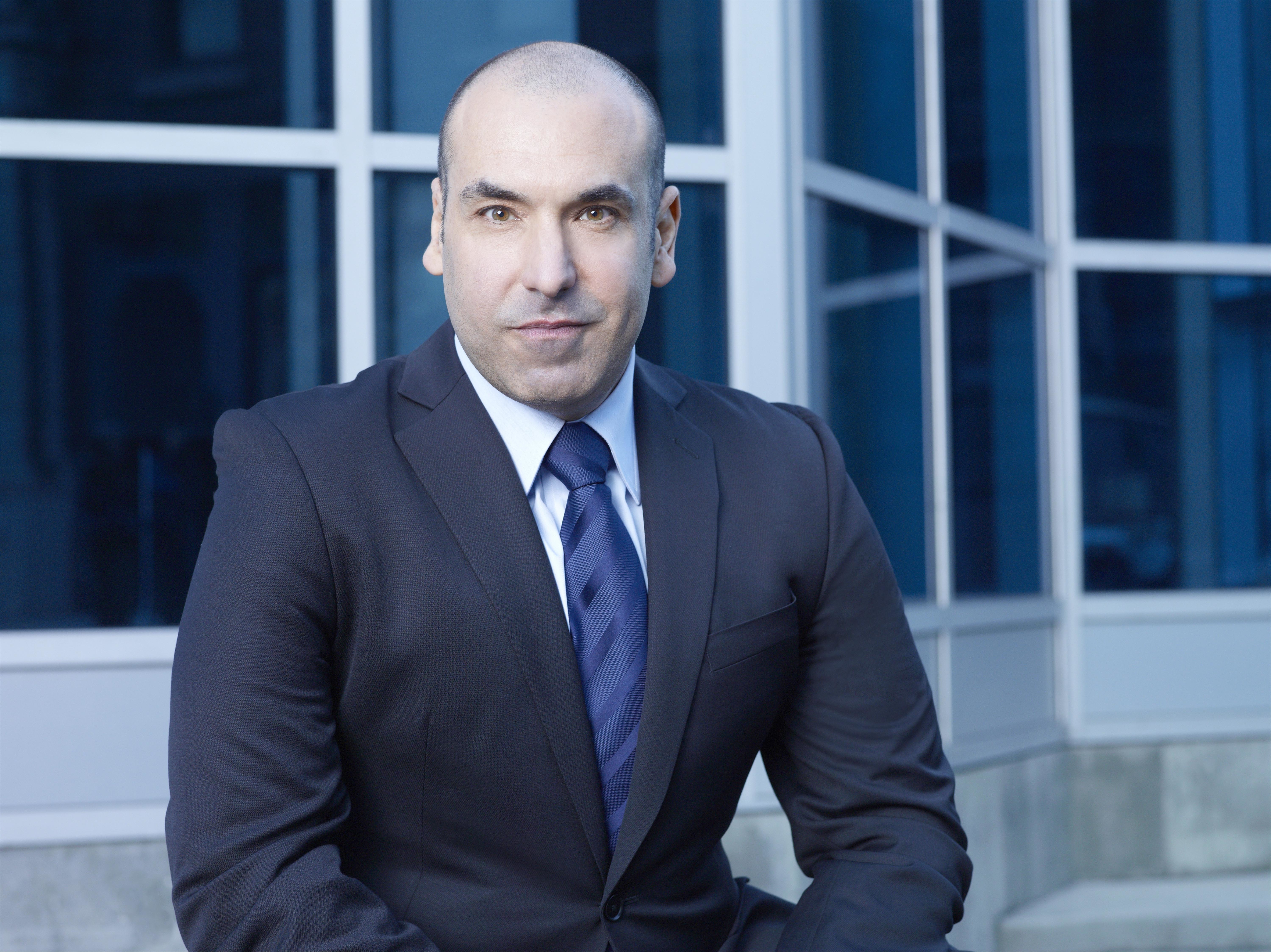 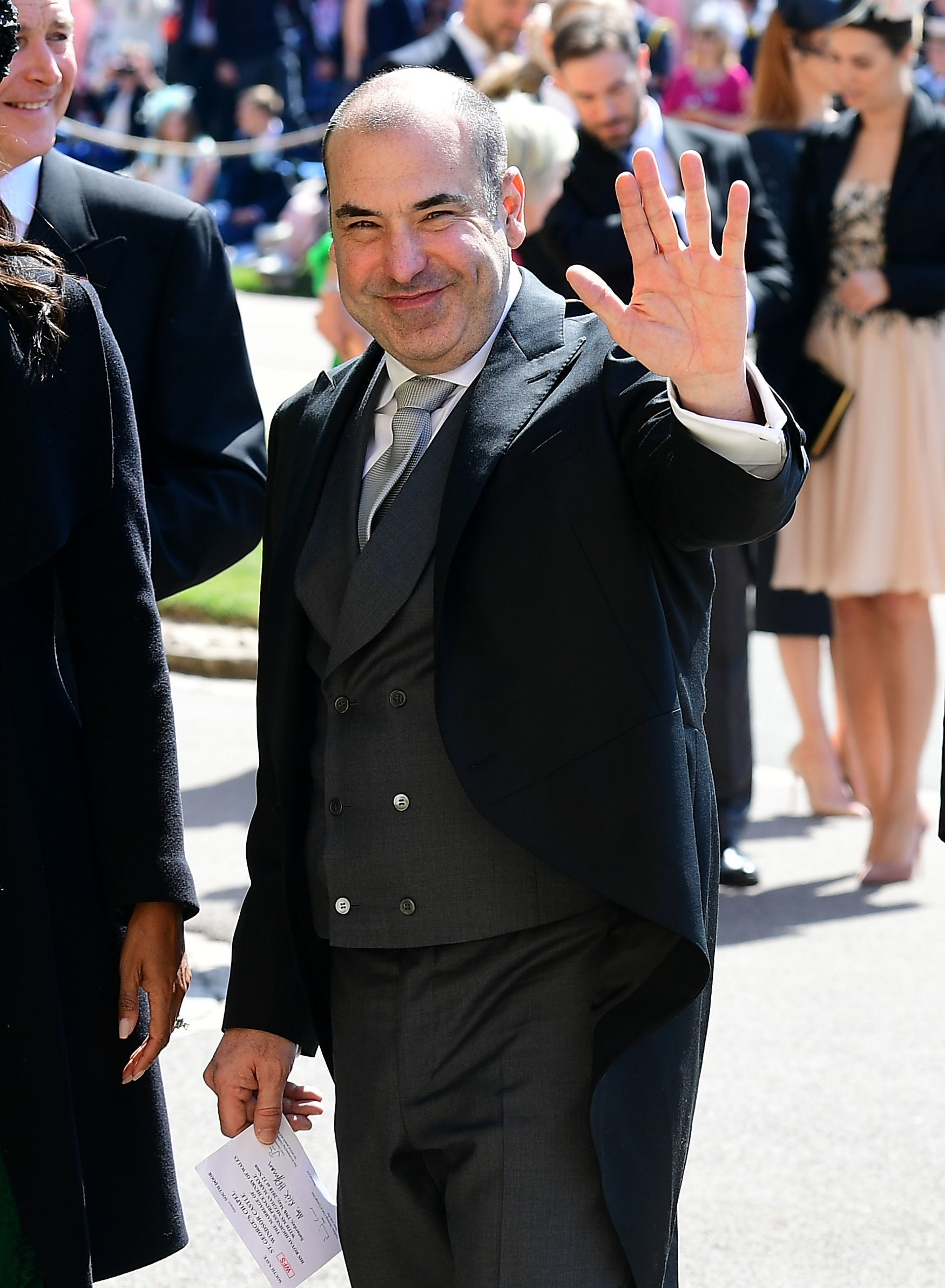 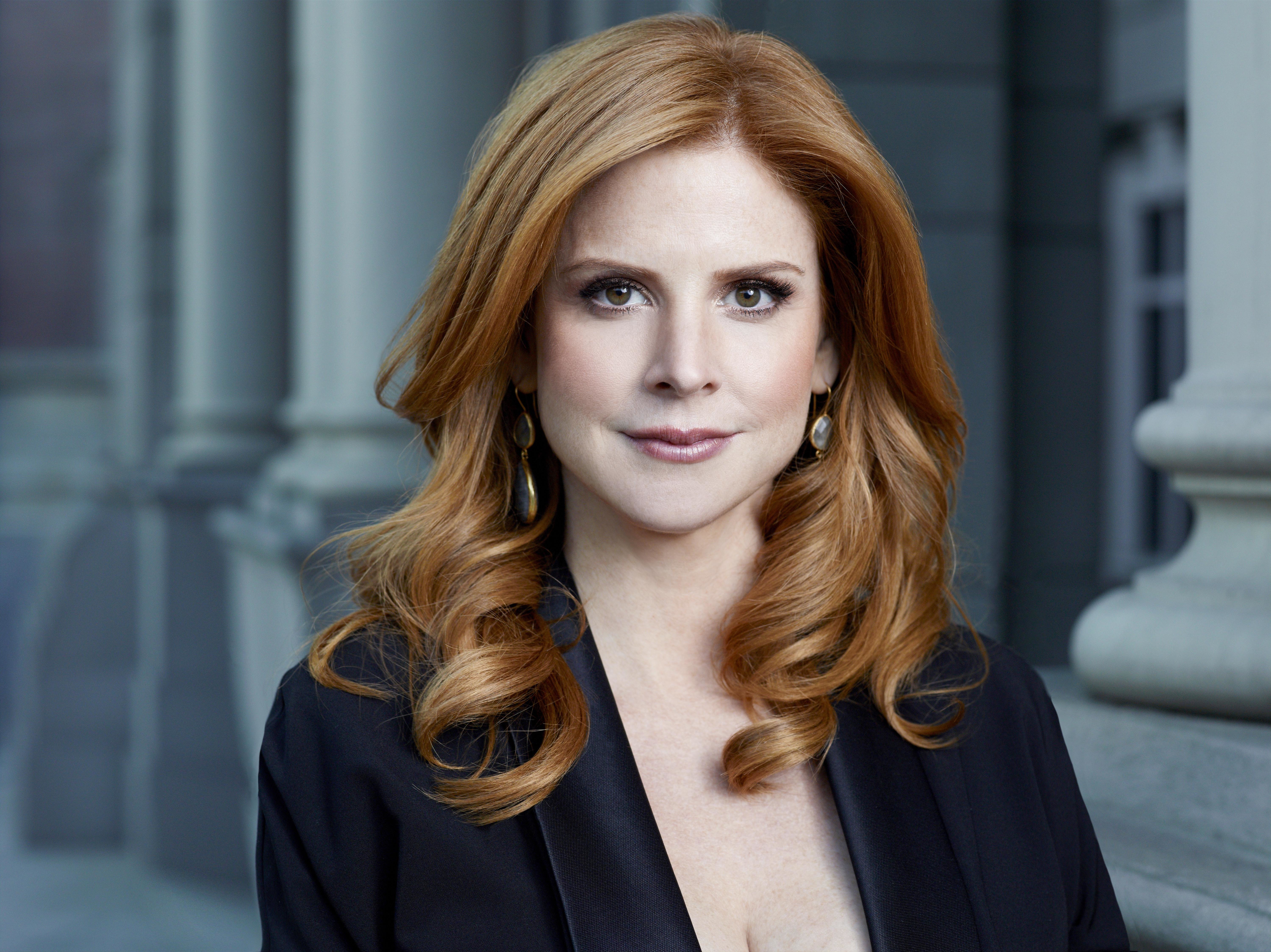 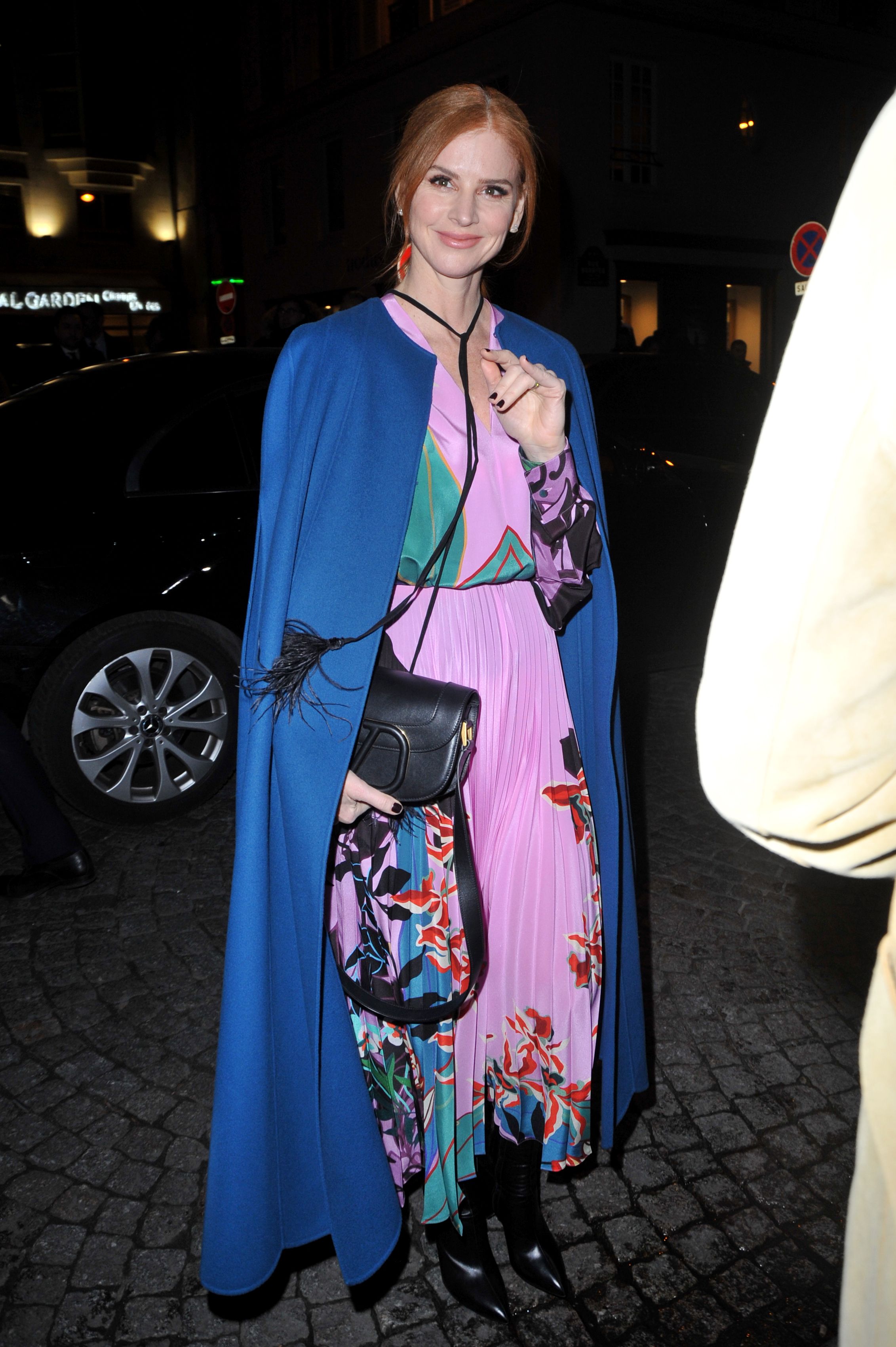 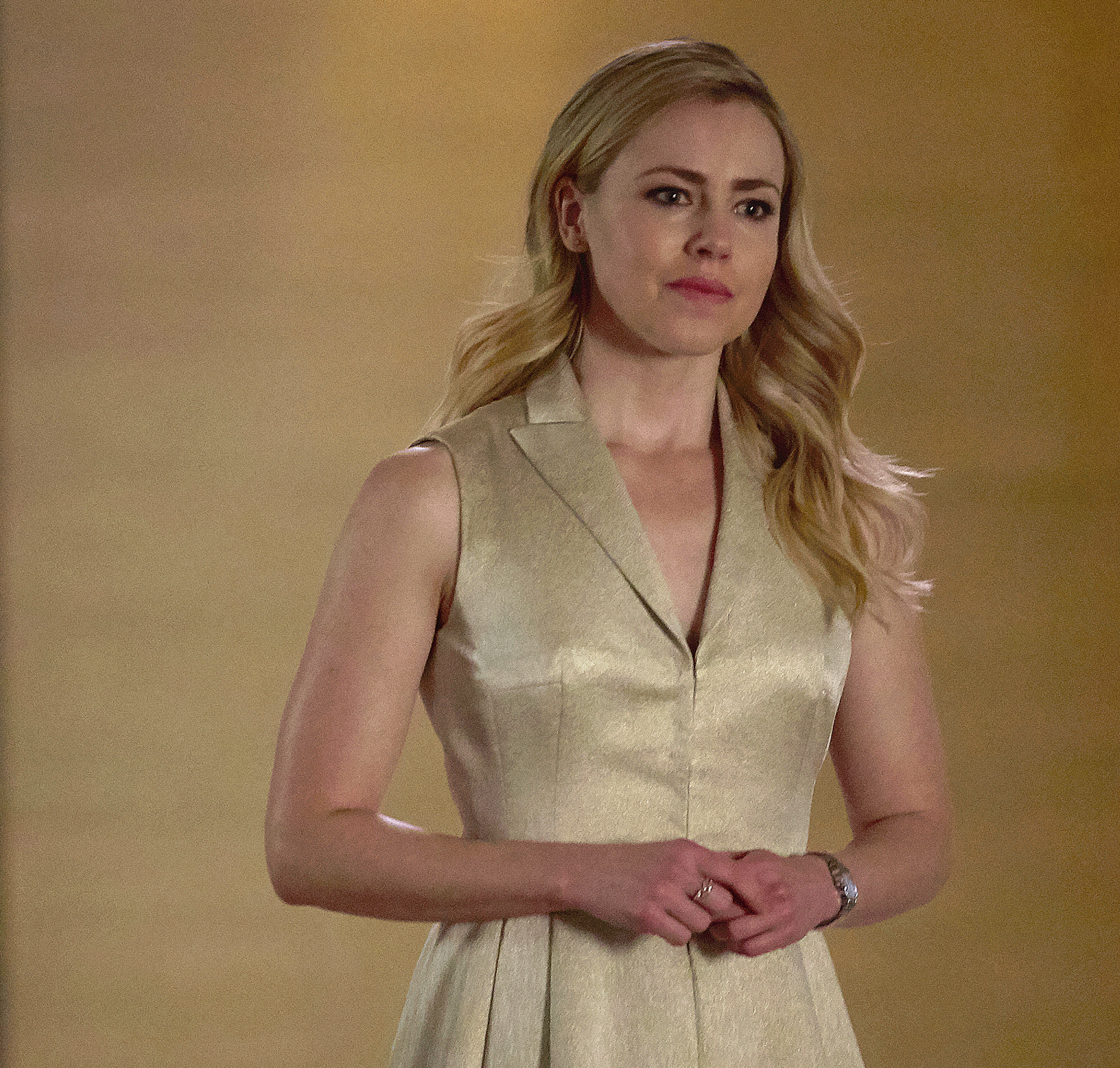 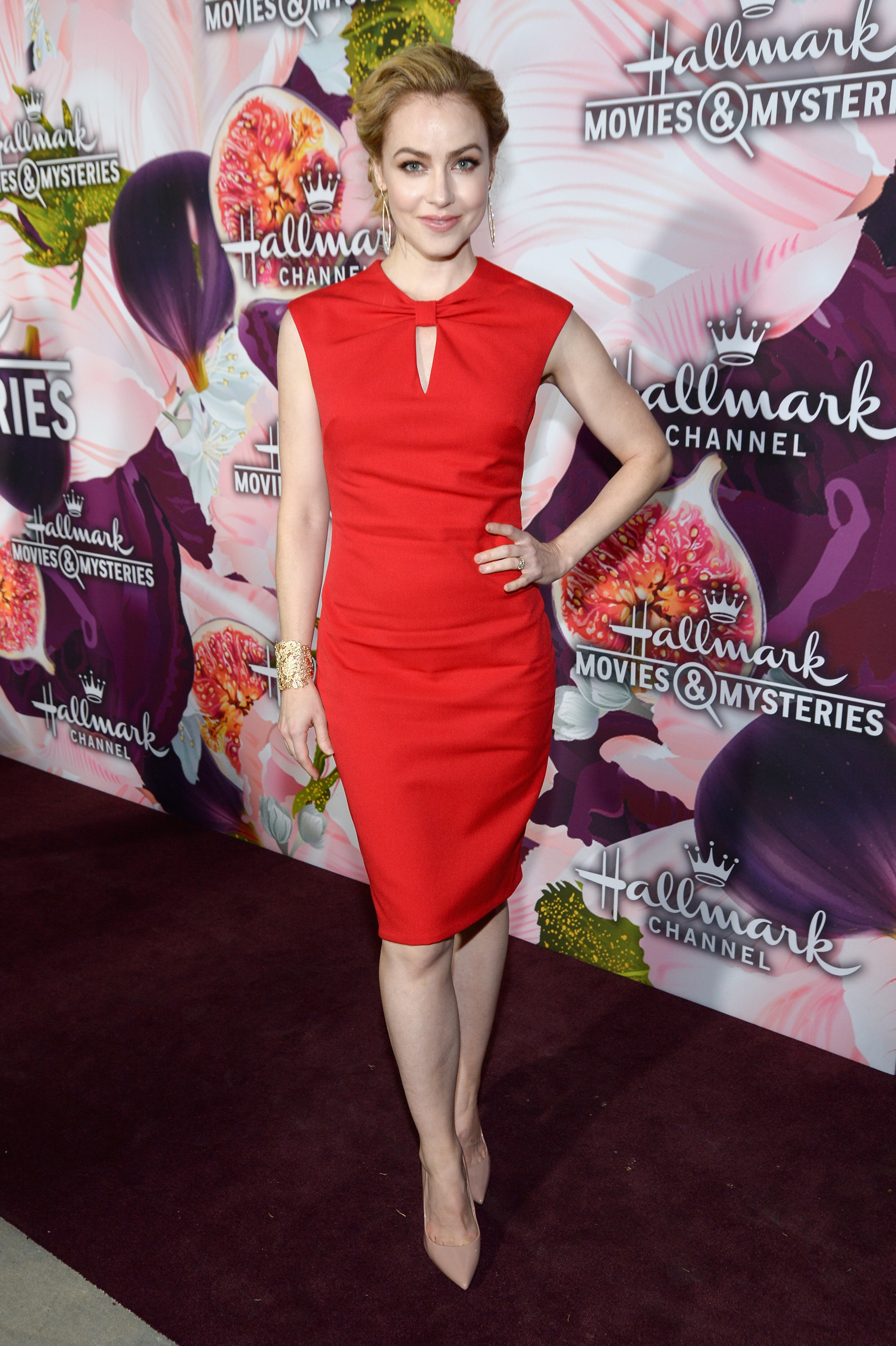 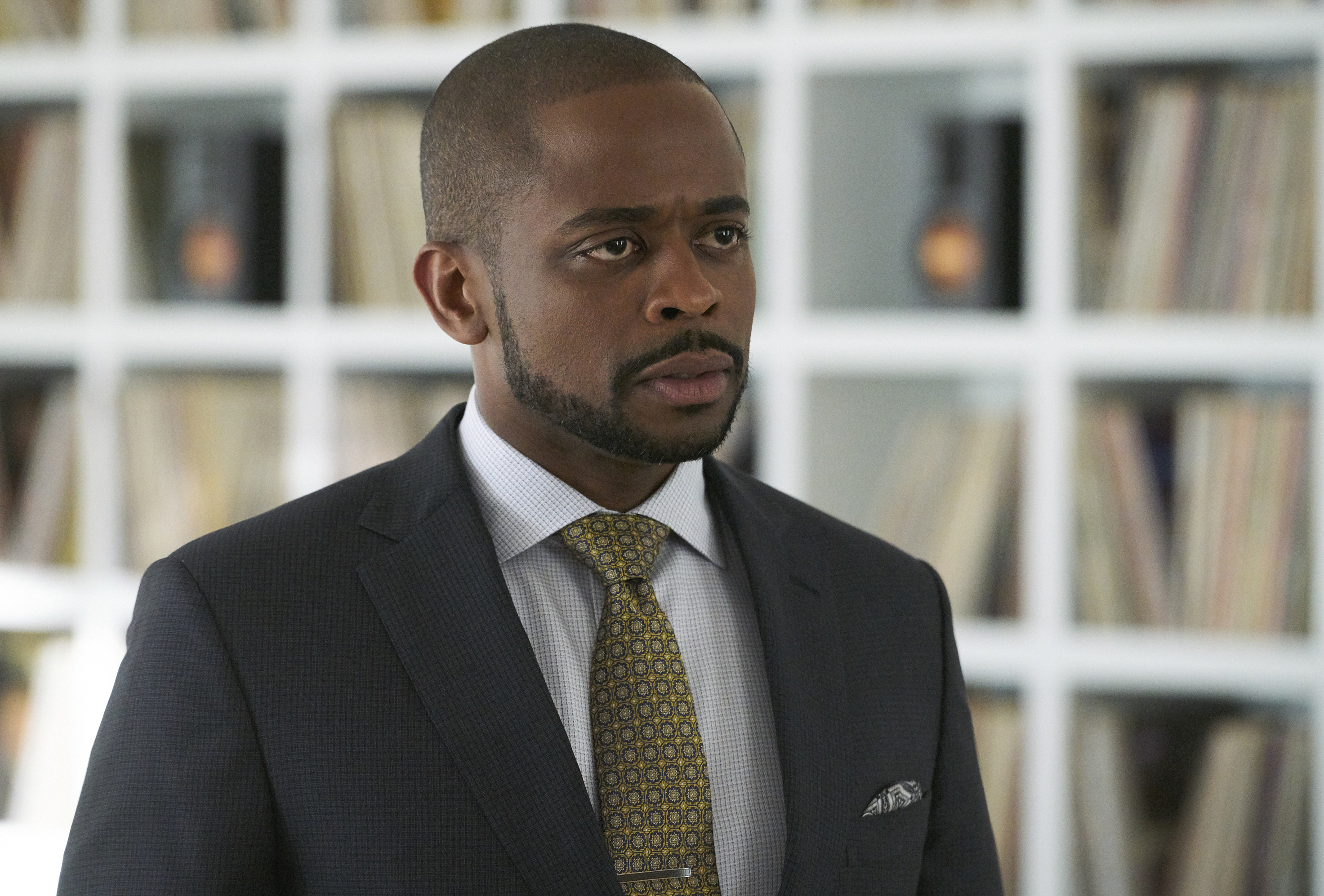 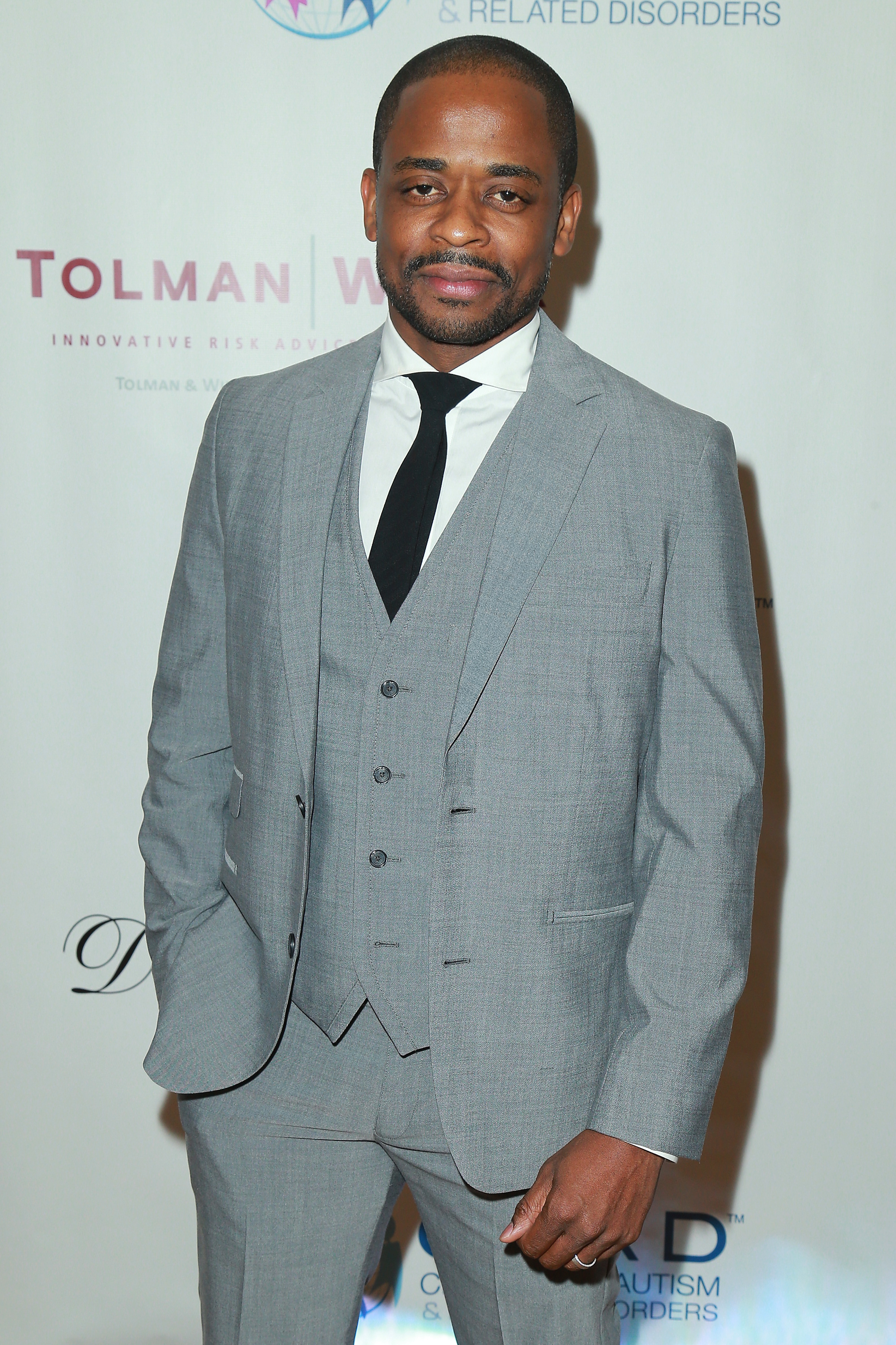 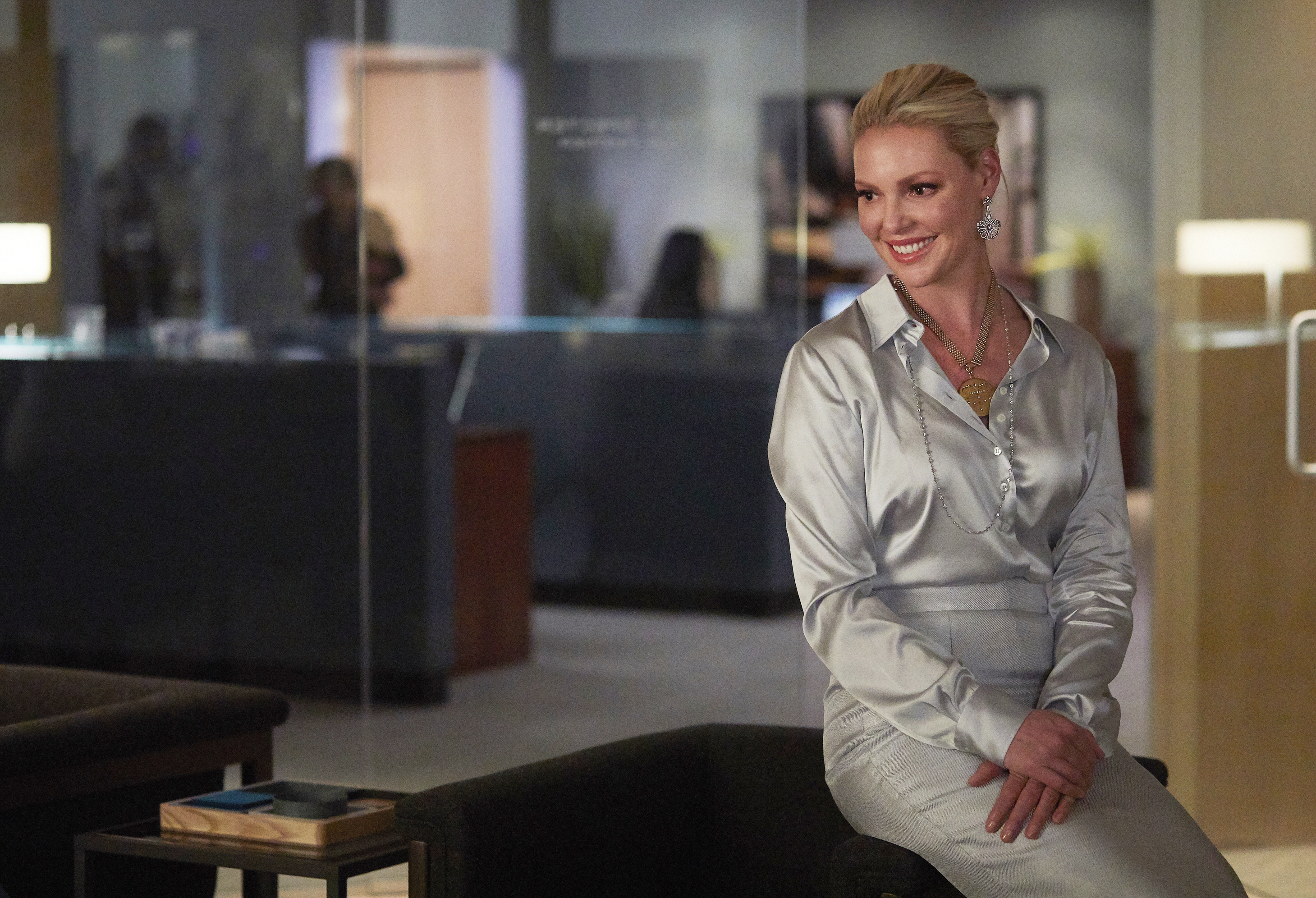 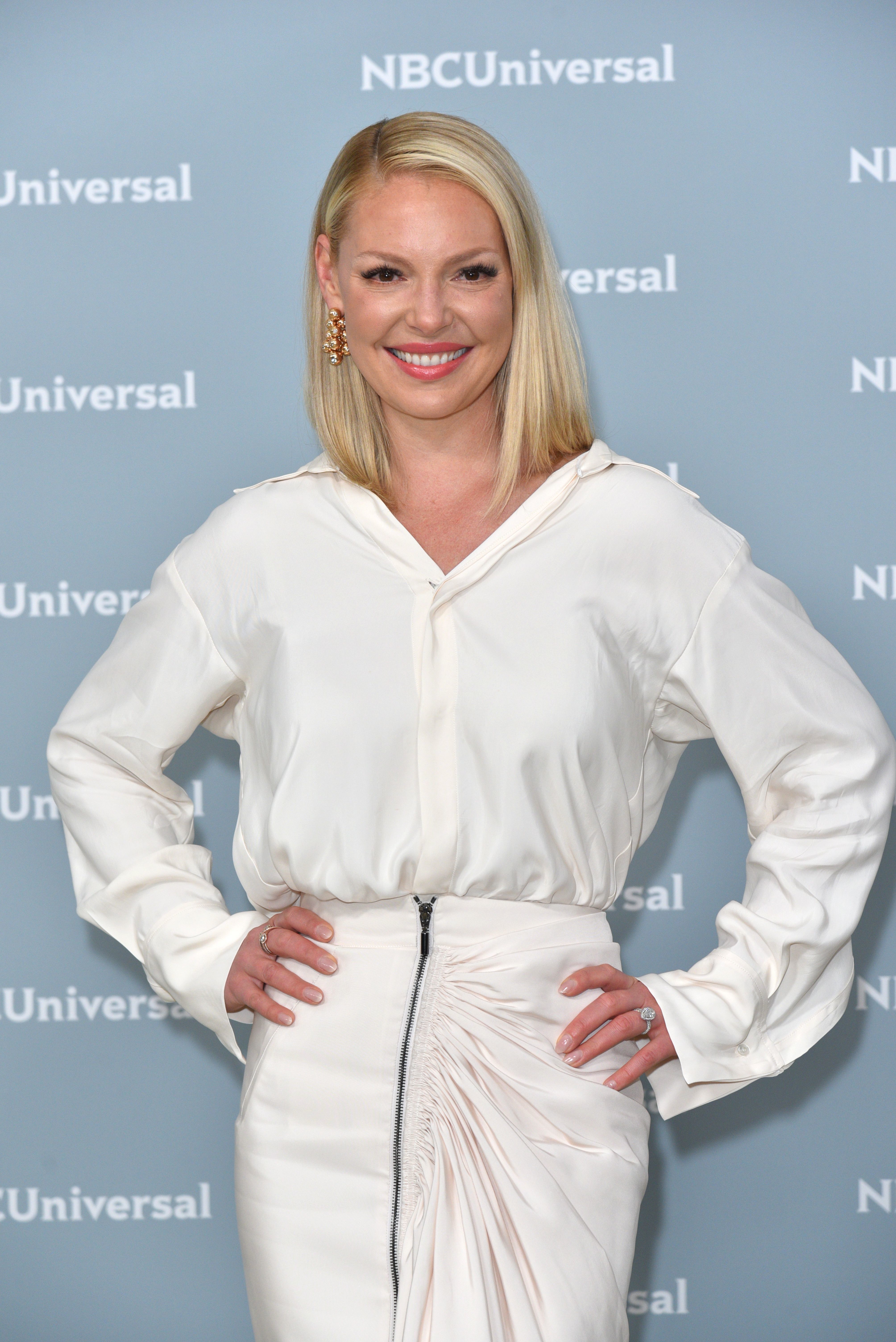 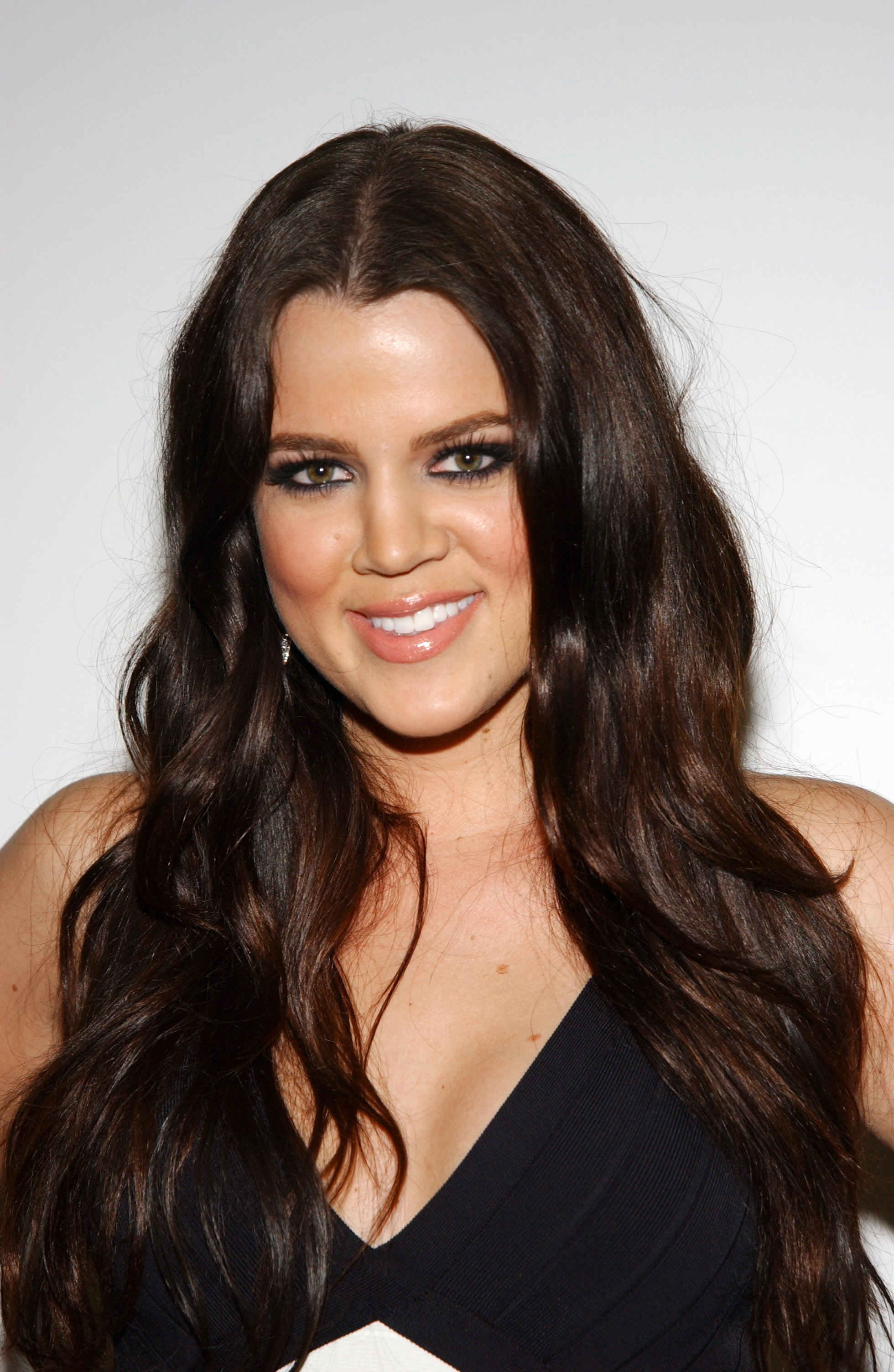