There they are! Lindsey Vonn and P.K. Subban stepped out for their first post-engagement red carpet on Monday, August 26, at the 2019 MTV Music Video Awards in Newark, New Jersey — and looked amazing.

The Olympic skier, 34, stunned in a black Affair minidress and matching thigh-high boots with her gorgeous, emerald engagement ring on full display. The professional hockey player, 30, meanwhile, looked dapper in a burgundy suit. The twosome kept close and were all smiles as they posed for photos.

The couple announced their engagement just three days prior to stepping out at the VMAs. “I said YES!!” Vonn captioned an Instagram video with her future hubby on Friday, August 23, adding the heart and diamond ring emojis. “Can’t wait to spend the rest of my life with this crazy/kind/handsome/hyper/giving man #heputaringonit #isaidyes.” 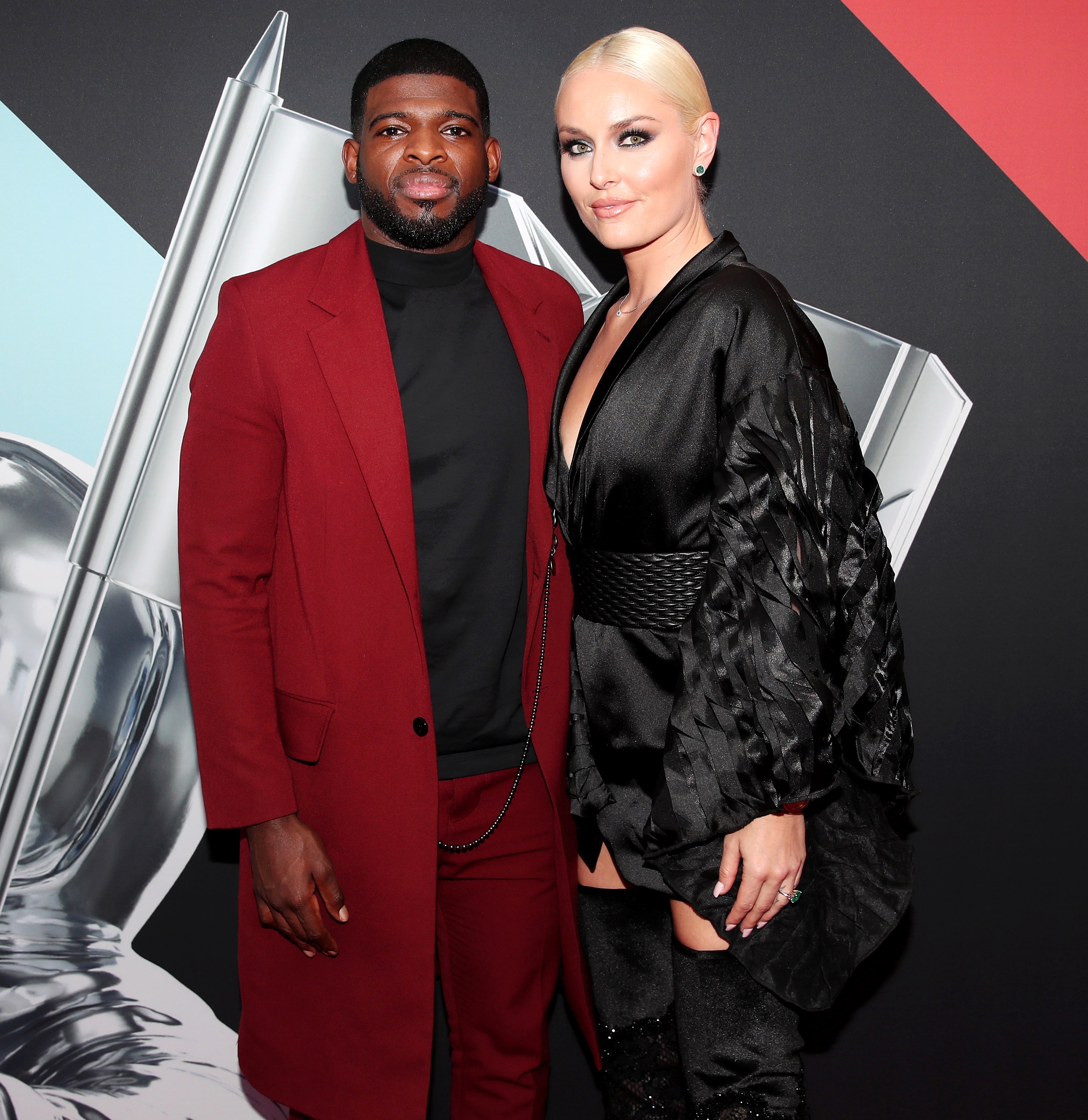 She later posted a sweet snap, writing: “And finally, a mature engagement pic! 🤪 Thank you for making me so happy babe.”

Subban, for his part, posted a hilarious picture of himself sticking out his tongue. “Stuck with me forever!” he quipped. “Jokes on you.”

The future spouses opened up about their engagement in a Vogue interview, which was published the same day they shared their happy news. “Right off the bat, I knew he was different,” Vonn told the outlet. “But I’d been married before, so I was pretty hesitant to let myself think that I could find someone that I would want to be married to again. After a few months of dating, I knew he was the one I wanted to be with, though. He makes me happy, and he’s so positive and energetic.”

Vonn and Subban were first linked in early 2018, and made their red carpet debut at the CMT Music Awards later that same year. Prior to her relationship with Subban, the Minnesota native was married to alpine skier Thomas Vonn from 2007 to 2013 and famously dated Tiger Woods from 2013 to 2015.