The Handmaid's Tale Just Dove Into Aunt Lydia's Backstory, and It's Pretty Twisted 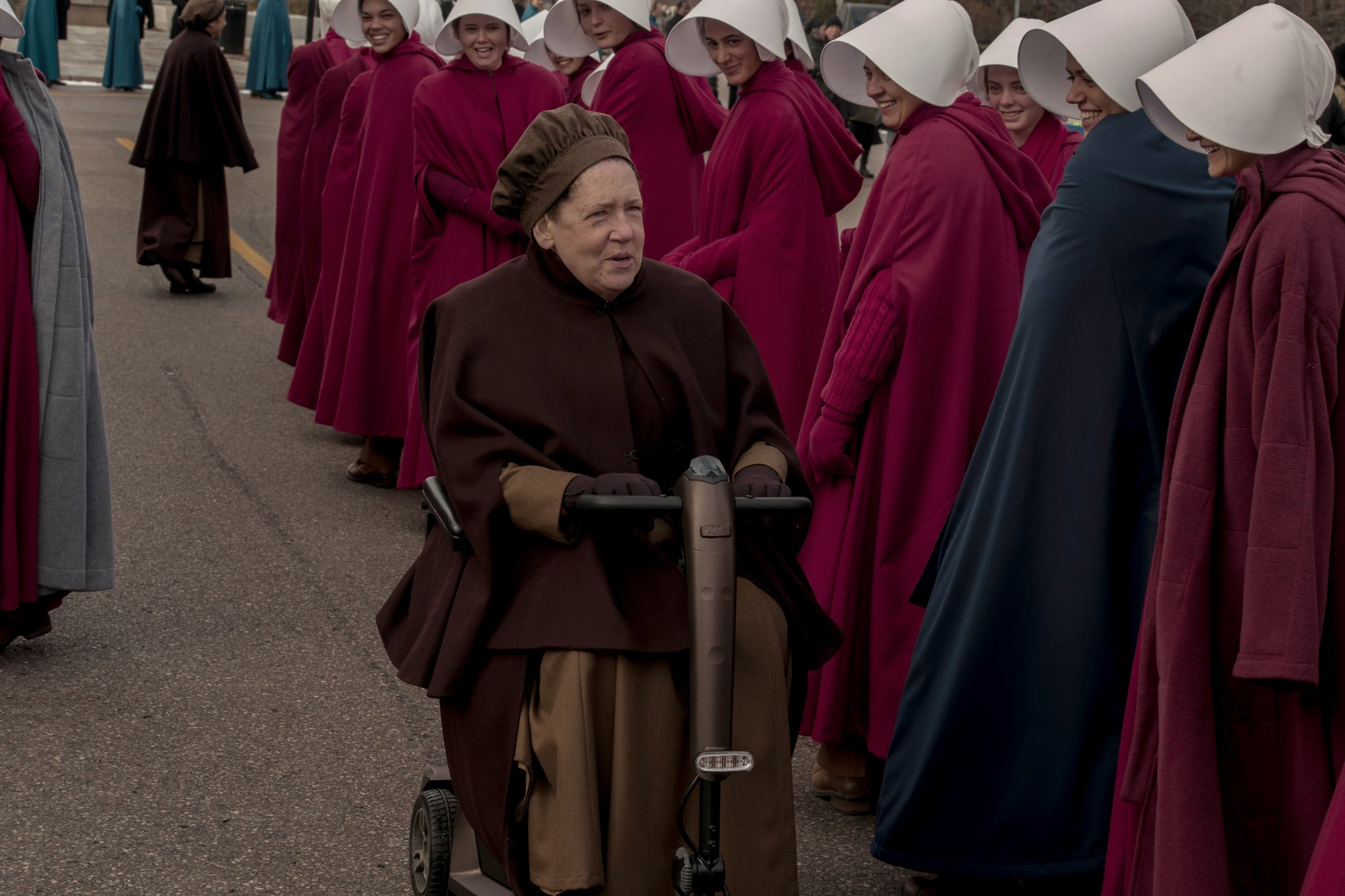 Did you ever think you’d see the day Aunt Lydia would sing “Islands in the Stream” and get it on with an elementary school principal on The Handmaid’s Tale? In season three, the dystopian Hulu series finally gives us a glimpse into Aunt Lydia’s past as a fourth-grade teacher named Ms. Clements. Earning her an Emmy, Ann Dowd’s performance as Gilead’s draconian rule enforcer can only be described with a chef’s kiss. Now, Lydia, definitely not dead after her heated encounter with Emily, finally has a backstory, and it’s just as twisted as you’d expect. Here’s your fair warning that there are spoilers ahead!

In the episode “Unfit,” Lydia contemplates her past as she punishes June for her latest brawl with Ofmatthew. In her flashback, we first see Lydia inside a classroom with her student Ryan as she calls his mother, Noelle, a waitress. She plans to take him home, quoting a Hebrew verse about hospitality to strangers to her boss, Principal Jim Thorpe, who’s surprisingly chill with the proposal. Long story short, Ryan and Noelle end up at Lydia’s eating chili, and Lydia strikes a rapport with their family even though she quietly disapproves of Noelle’s lifestyle.

When they exchange presents on Christmas, Lydia receives makeup from Noelle that she later uses when she goes on a date with Jim. They hit up a ritzy restaurant and bar, where they sing karaoke to “Islands in the Stream” and eventually share a kiss to ring in the New Year. During their date, we learn that teaching is actually Lydia’s second career — she practiced family law before the education system became privatized. Lydia and Jim eventually get it on at her place, but just as they’re about to take things to the next step, Jim says he’s not ready to move on after his wife’s passing. His rejection sends Lydia into a tearful rage.

The next day at school, Lydia talks to a few agents about Ryan’s family situation, citing his malnutrition and his mother’s unstable relationships. While Jim is skeptical of having Ryan removed from his home, the agents assure her that Ryan will be put in a foster home. Noelle storms in, calling Lydia a few choice words. Honestly, we don’t blame her.

It’s debatable that Lydia’s backstory as a lonely, rejected woman justifies her switch into being a cruel, prod-wielding punisher in Gilead. The Handmaid’s Tale has tried to do this before with Serena Joy, pushing viewers to uneasily empathize with one of the series’s worst abusers. We do know that this experience with Ryan has led Lydia to convince herself that the environment shapes an individual, as she conjectures that June’s behavior has been corrupted by the Waterfords and Lawrences. If we go off of how often the show has explored Moira’s and Emily’s pasts, this might not be the last time we see Lydia as Ms. Clements.