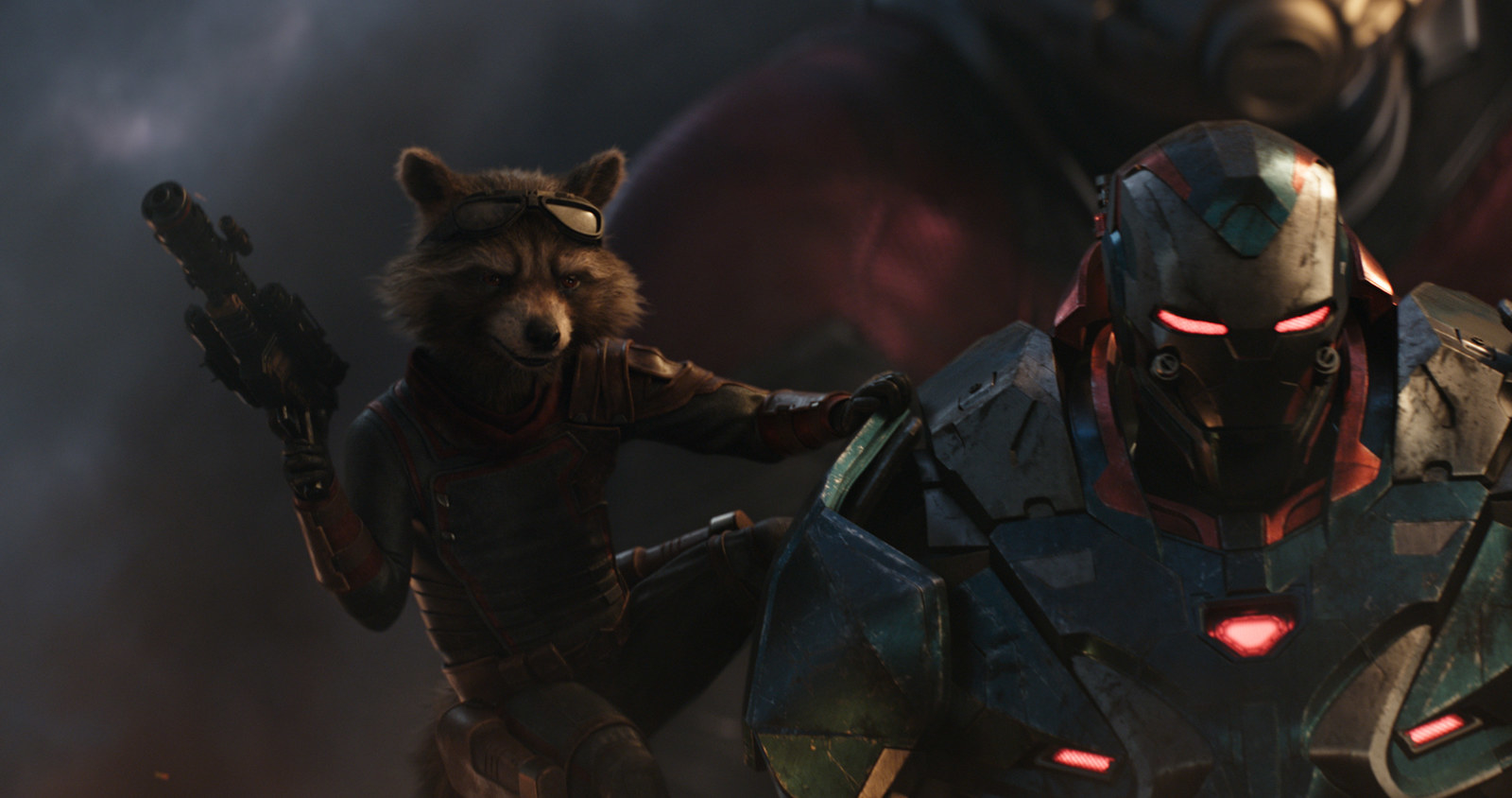 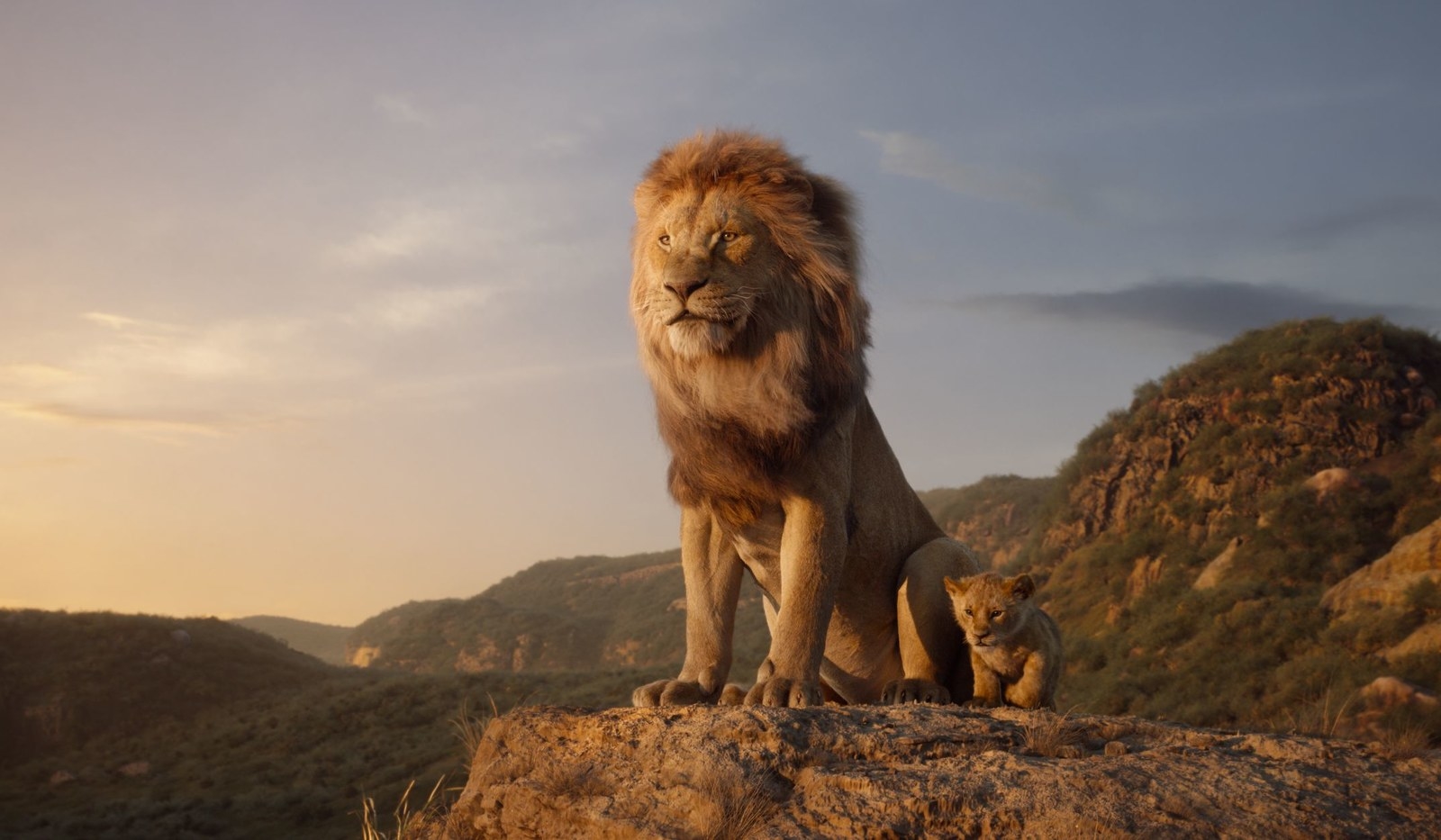 Avengers: Endgame and The Lion King.

Disney continued its unprecedented dominance of the film industry this weekend with two historic milestones at the box office.

First, The Lion King debuted with an estimated $185 million at the domestic box office, an elephantine haul that further affirms Disney’s ongoing strategy of remaking its animated classics as (seemingly) live-action films.

Coupled with the $346 million The Lion King has made internationally, the film has already grossed $531 million worldwide. (It opened on July 12 in China, and rolled out in almost all other global territories starting July 17.)

Second, Avengers: Endgame officially surpassed 2009’s Avatar as the highest grossing film worldwide of all time, with just over $2.79 billion in global returns. 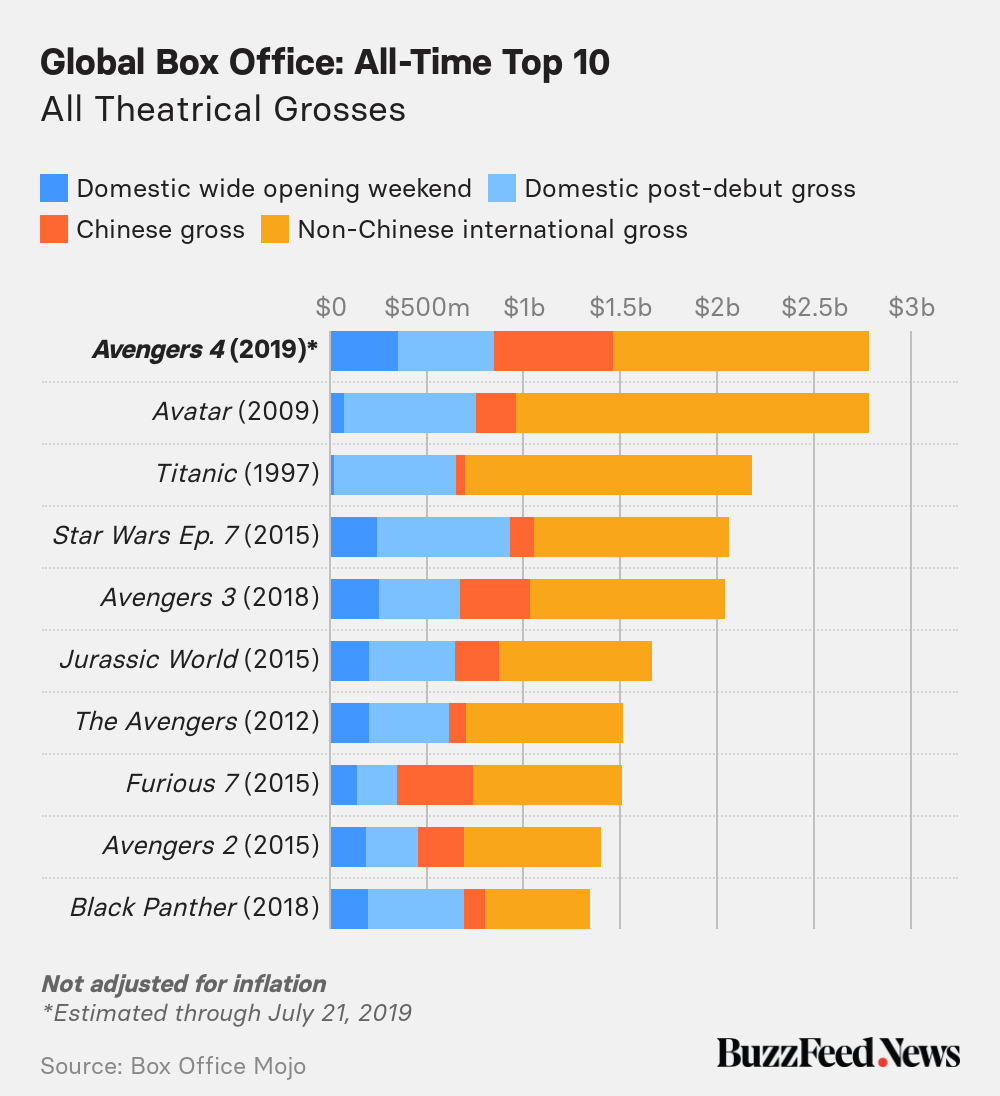 Endgame’s accomplishment comes with a pair of asterisks, however.

On the one hand, Avatar’s previous record included a series of theatrical re-releases in 2010 with additional footage. When looking only at the grosses from the initial theatrical release, Endgame actually surpassed Avatar weeks ago — aided by a theatrical expansion at the end of June designed to promote the release of the next Marvel Studios release, Spider-Man: Far From Home, which was produced by Sony Pictures.

On the other hand, when adjusting for domestic ticket price inflation, Endgame still ranks behind Avatar’s domestic grosses by a bit more than $100 million. It’s virtually impossible to adjust for ticket price inflation across every worldwide territory, between fluctuating currency exchange rates and unreliable record-keeping. But it’s clear that based on raw ticket sales, Avatar still outpaces Endgame by a considerable amount. 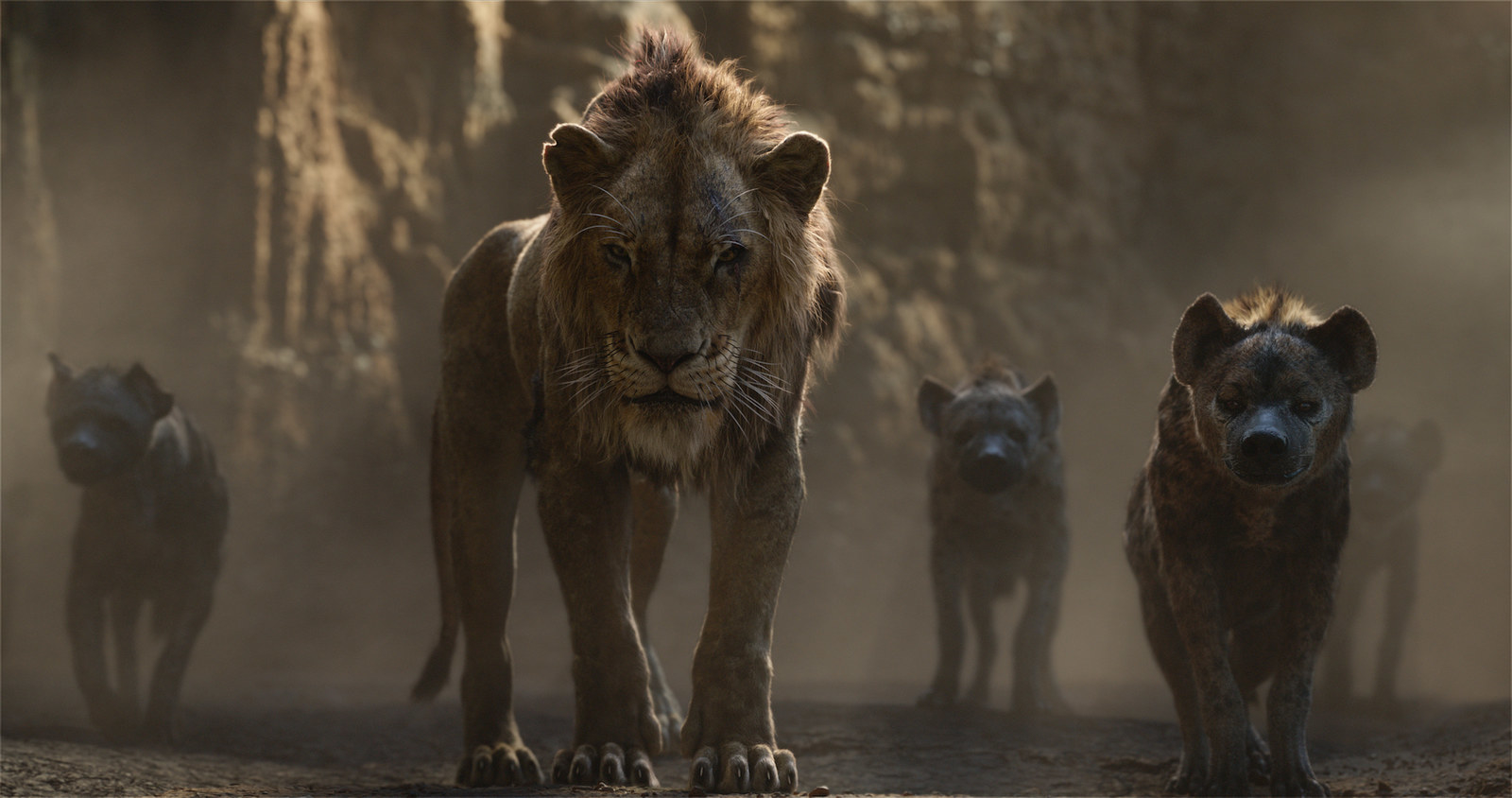 The Lion King, meanwhile, vaulted to the top 10 all-time opening weekends ever — and the best debut ever for a film from Walt Disney Pictures. 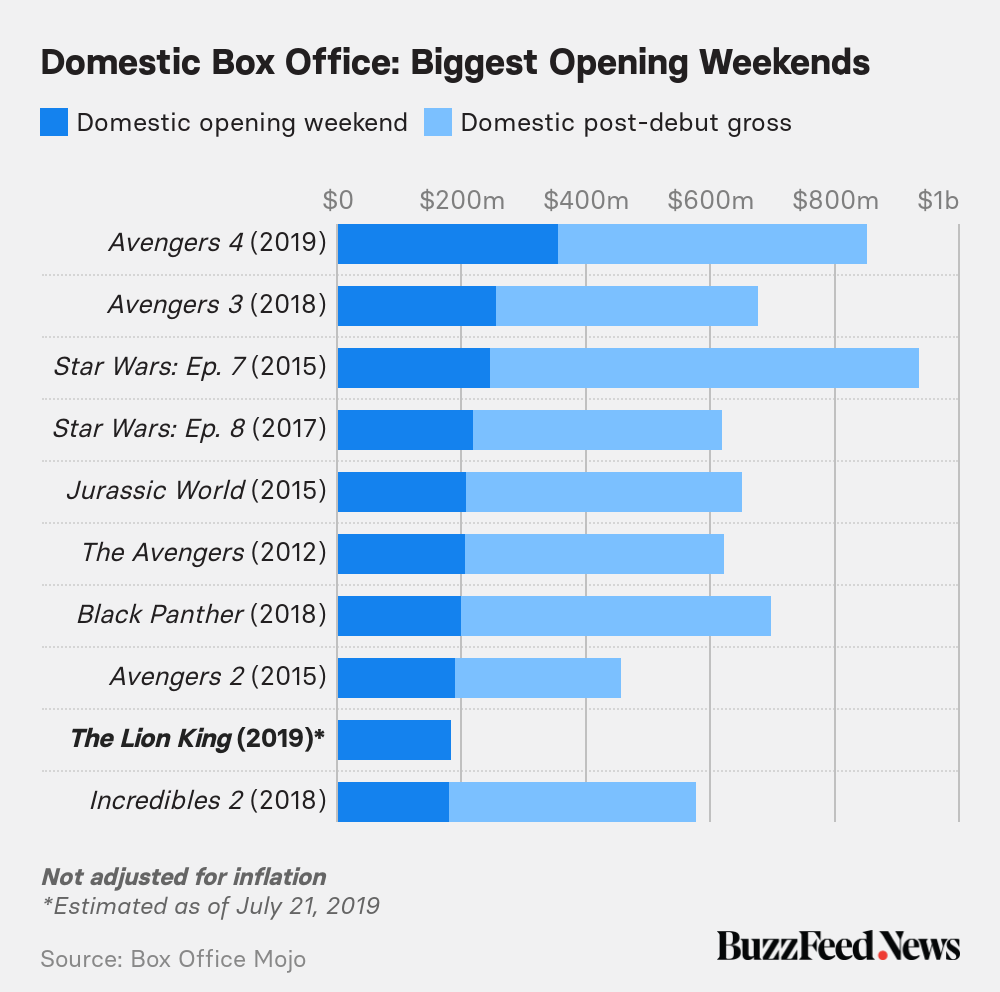 The Lion King surpassed the 2017 reimagining of Beauty and the Beast’s debut at $174.8 million, becoming the best opening weekend ever for Disney’s recent slate of new versions of its animated classics. May’s live-action Aladdin is nearing $1 billion in global grosses. 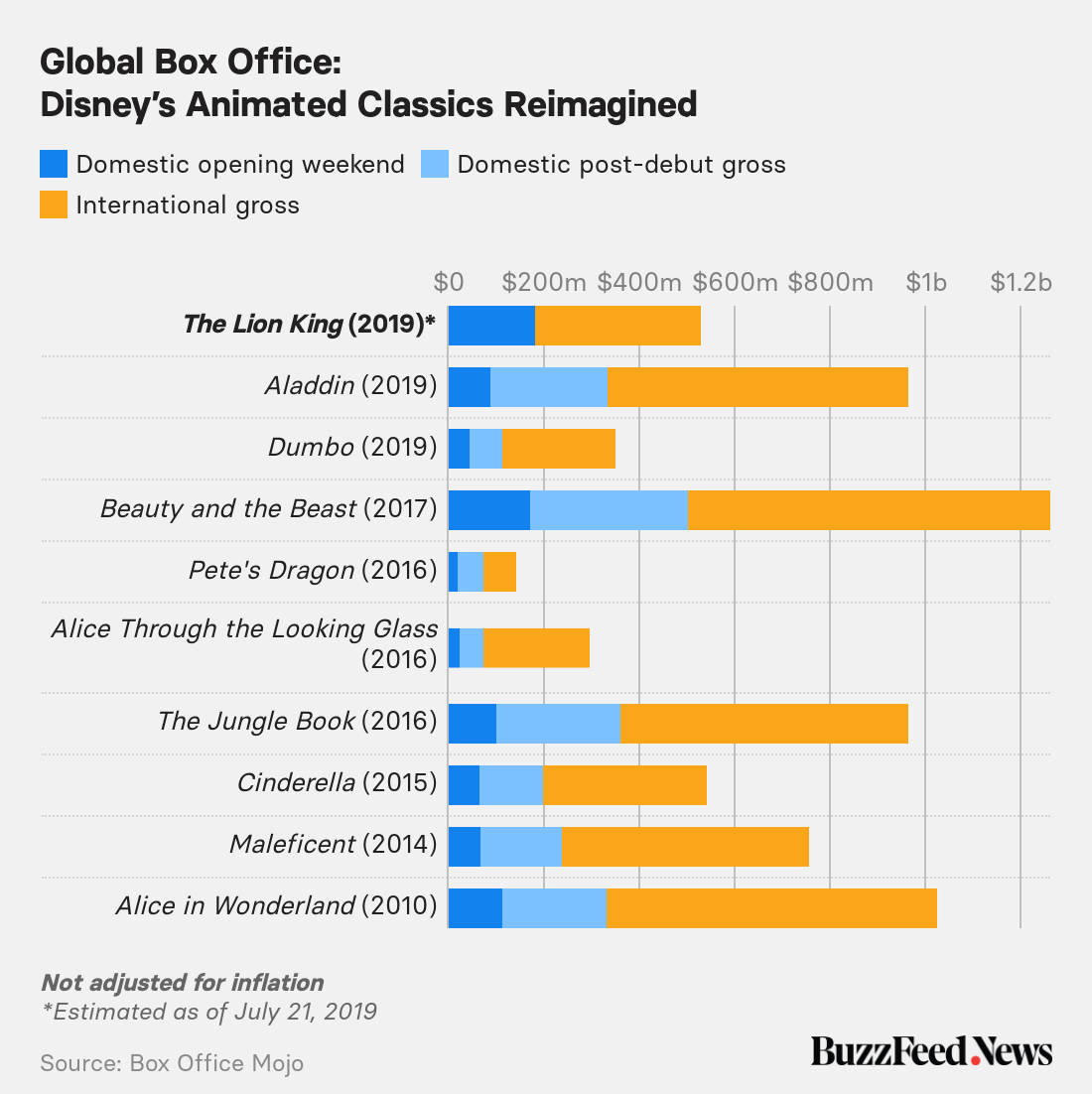 The Lion King’s success comes despite a decidedly mixed critical reception, which lauded the revolutionary visual effects technology employed by director Jon Favreau and his filmmaking team to make a photorealistic version of the beloved 1994 original animated feature. But critics slammed the lack of emotional expression or originality in the final product.

Audiences clearly did not mind, giving the film an “A” grade via polling firm CinemaScore, promising a long box office run through the rest of the summer. By the end of the month, The Lion King will join Endgame, Captain Marvel, Toy Story 4, and Aladdin among the top grossing films domestically of the year.

In other words, the top five films in the US and Canada this year were all made by studios owned by Disney. 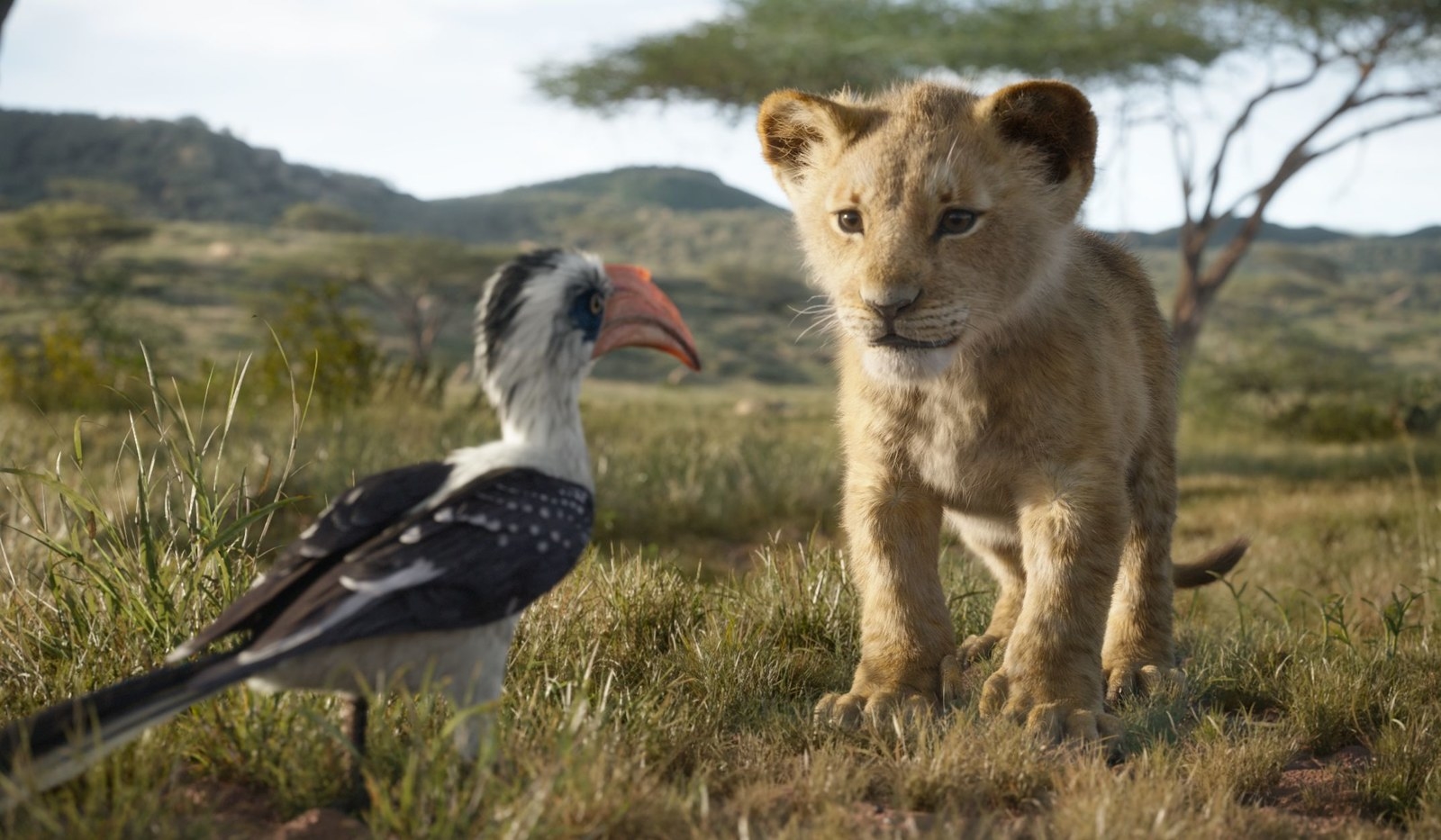 The Lion King‘s financial success is especially validating for Disney’s strategy of live-action remakes of its animated classics, which the studio plans to continue for the foreseeable future.

Maleficent: Mistress of Evil, the sequel to the 2014 blockbuster take on Sleeping Beauty with Angelina Jolie, opens in October. A live-action version of 1998’s Mulan debuts next March, followed by the 101 Dalmatians live-action prequel Cruella with Emma Stone in December 2020.

Disney is also finalizing its cast for the live-action remake of 1989’s The Little Mermaid from director Rob Marshall (Mary Poppins Returns), with Melissa McCarthy reportedly in talks to play the villain Ursula, and Halle Bailey set to play the titular heroine Ariel.

And there are also reportedly live-action theatrical versions of Snow White and the Seven Dwarfs, The Hunchback of Notre Dame, and Lilo & Stitch in various stages of development.

It’s unclear if any of these projects will reach The Lion King’s heights — adjusting for ticket price inflation, the original Lion King is still the highest grossing animated film domestically of all time, so it makes sense that the remake would also be massively popular. (A tie-in album by Beyoncé — who voices the adult lioness Nala in the film — doesn’t hurt, either.) But so long as audiences keep flocking to Disney’s remakes, there will be plenty more where they came from.

Disney and "The Lion King"