The Netflix show about a chess prodigy has reignited interest in the game and fueled demand for sets, accessories and timers. 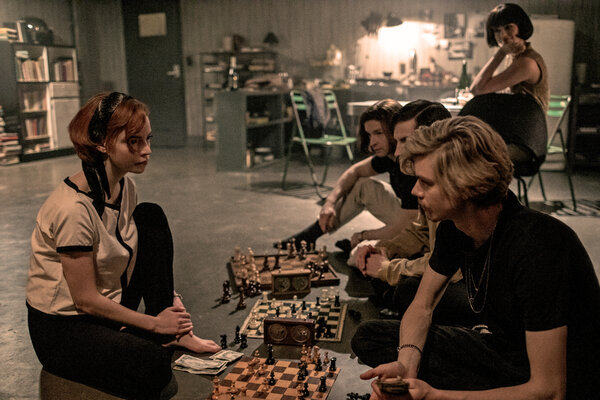 Poela Keta started binge-watching “The Queen’s Gambit” as a break from studying for her final exams at Rhodes University.

“I think I’ve always respected chess,” Ms. Keta, 21, who lives in South Africa, said on Saturday. “I just thought I wasn’t smart enough nor patient enough for it.”

That is, until she saw Beth Harmon, the main character in the Netflix show, masterfully school her opponents as a woman in the male-dominated world of chess.

“Beth’s can-do attitude, the way the board presented itself to her on the ceiling in a drug-induced haze, her mastery, her ego, made me add my own set to my shopping cart and get playing,” Ms. Keta said.

When the chess set she ordered arrived, her 11-year-old sister, who is part of the chess club at her school, helped her position the pieces. Ms. Keta said she planned to dive deeper into the game “the minute I’m done with exams.”

“The Queen’s Gambit” follows Beth, a chess prodigy who rises through the ranks of the chess world as she struggles with addiction. 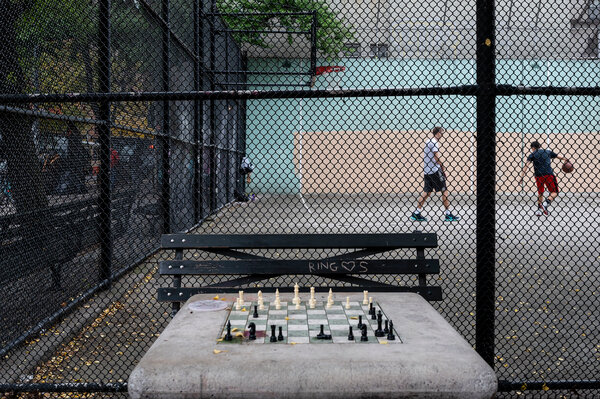 At Goliath Games, a toy company that sells several varieties of chess sets, set sales are up more than 1,000 percent compared with this time last year, the company’s director of marketing told NPR.

A spokeswoman for eBay, Kara Gibson, said the company had recorded a 215 percent increase in sales of chess sets and accessories since the debut of the show in October. Of the different types of chess sets, wooden are the most popular and sell nine times more than plastic, electronic or glass on eBay, she said.

Vintage set sales have increased seven times, as have sales for equipment, including chess clocks and timers, which are up 45 times since last month.

Before “The Queen’s Gambit,” Ms. Gibson said, chess sets at eBay were already selling 60 percent more than last year, which the company attributes to people spending more time at home during the pandemic.

The sales division of the U.S. Chess Federation reported an increase in sales of wooden sets, which can cost several thousand dollars, since the show began.

“More and more people are playing more and more games than ever before in history,” said David Llada, a spokesman for the International Chess Federation, known as FIDE.

At the beginning of the year, as many as 11 million chess games were played online every day, Mr. Llada said. When the pandemic hit, the numbers grew to an estimated 16 million to 17 million games per day. Sites that required users to be registered reported an increase in new membership of around 40 percent, he said.

Mr. Llada said it was too soon to measure the full impact of “The Queen’s Gambit” on chess, but said it was already comparable to the buzz usually generated around world championships, held every two years. Some matches, like the championship match between Bobby Fischer and Boris Spassky played during the Cold War, “gave birth to a whole new generation of millions of chess fans,” Mr. Llada said.

“The chess community fell in love with the series because it successfully portrays different aspects of chess in all its richness: It’s easy enough to be fun to play, but also complex enough to pose a challenge,” he said. “It is nerdy, but also cool and fashionable. It is intensively competitive, but full of interesting, creative and colorful characters.”

Streaming platforms like Twitch have also had skyrocketing viewership of chess games.

In June, an amateur chess tournament called PogChamps was briefly the top-viewed stream on Twitch, with 63,000 people watching at once, SullyGnome said.

And membership in chess organizations, such as the U.S. Chess Federation, the governing body for chess competition in the U.S., is also on the rise.

“This month, we’ve had our first bump in membership since the pandemic hit, and we are hearing from our members that many of them are renewing or rejoining specifically because of the series,” said Daniel Lucas, a senior official at the federation.

General interest in the game is “always there under the surface,” Mr. Lucas said, but membership has fluctuated over the years. It boomed after Mr. Fischer won the 1972 world championship, but by the 1980s interest had waned, Mr. Lucas said.

Since then, there has been a steady increase in part because of school chess clubs, Mr. Lucas said. The federation reached a high of 97,000 members this year.

White men still make up the largest demographic of members, he said, but efforts have been made to recruit players from underrepresented communities, especially through scholastic programs. Female membership has increased to 14 percent from 1 percent in the early 2000s, he said.

Mr. Lucas, whose father taught him to play chess when he was six, watched “The Queen’s Gambit” over a weekend with his wife and daughter. He said it showed “some of the best chess ever put on screen.”

Time will tell whether chess is merely the latest pandemic fad, fated to go the way of banana bread baking and binge-watching “Tiger King,” but Mr. Lucas believes the heightened interest in the game is here to stay.

“I’m fond of the axiom that ‘the best predictor of future behavior is past behavior,’” he said. “And people have been playing chess for 1,500 years.”