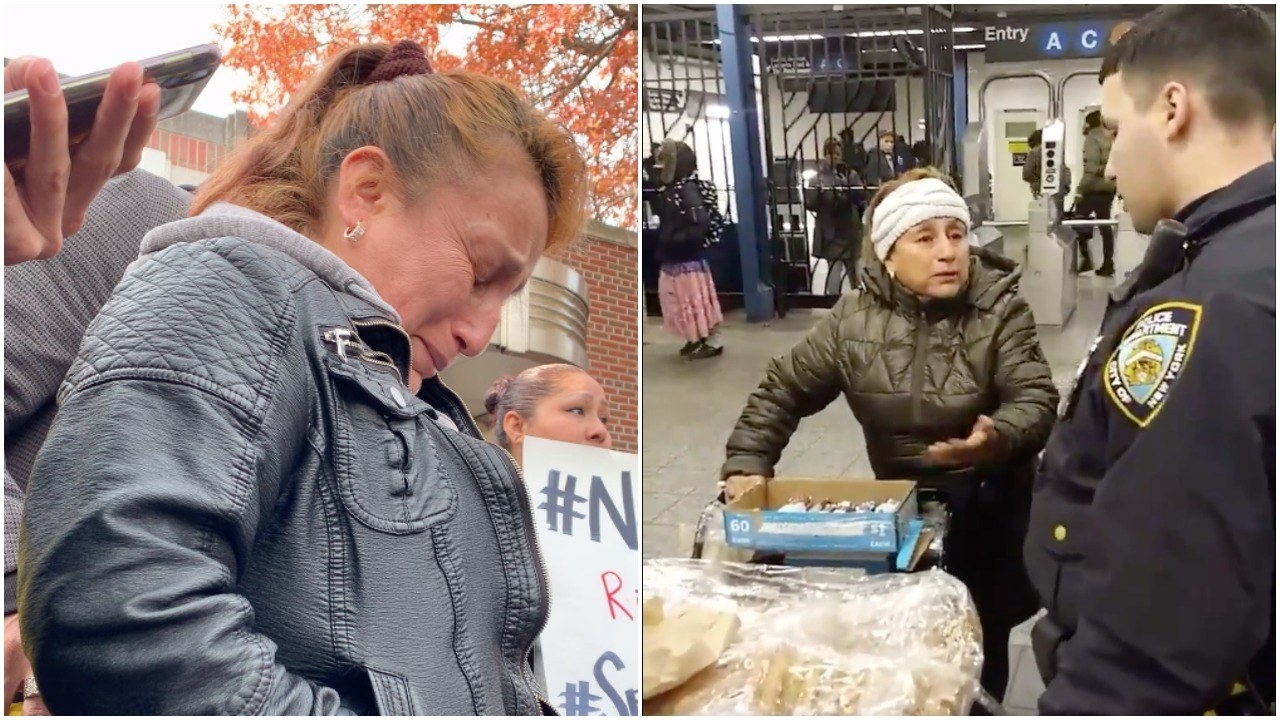 A woman filmed being handcuffed and led away by four cops for selling churros in a New York City subway station on Friday broke down in tears Monday as she recalled New York City Police Department officers taking away her churro cart.

The churro vendor, identified only as Elsa, spoke out Monday about the incident that was captured by a bystander in the now-viral video, sparking widespread anger.

During a demonstration Monday to protest against the overpolicing of the subway system, Elsa said she had been selling churros for three years at the Broadway Junction station in Brooklyn. 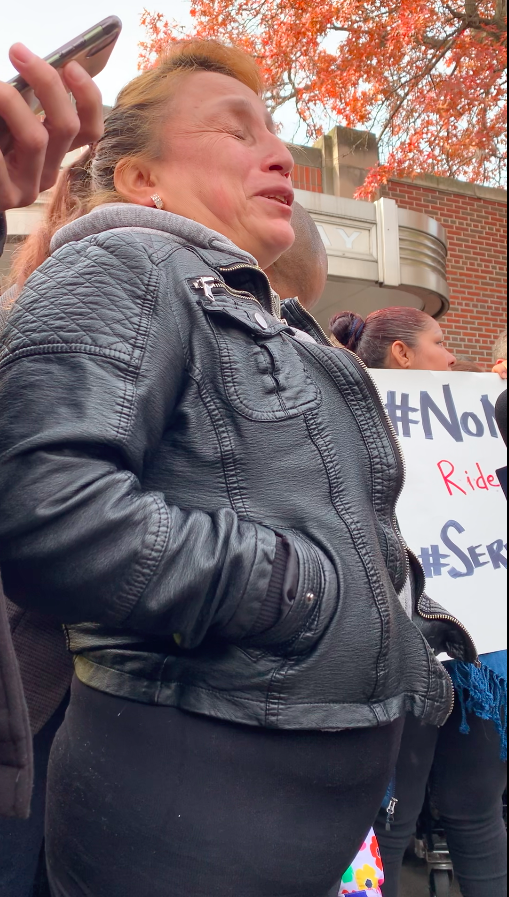 Speaking in Spanish, Elsa said that she was “very nervous” during the encounter, which she characterized as aggressive.

She said that the officers ignored her pleas not to take away her churro cart with all her merchandise on it.

“They took everything from me,” Elsa said as she broke down crying.

The NYPD said that the woman was not arrested but that she received a summons for being an unlicensed vendor.

Police said she had been issued 10 summonses in the past five months for selling food without a license at the same station.

The NYPD said the vendor was “briefly handcuffed” and released within minutes after her churro cart had been “vouchered as arrest evidence.”

Elsa said that the officers took her to a place with no cameras and laughed at her. She said that while officers had issued her tickets before, the interactions had never been this aggressive and the police had never confiscated all her merchandise.

Sofia Newman, an actor in New York, recorded the incident on Friday night as four NYPD officers confronted Elsa and surrounded her churro cart. Newman’s video of the encounter has been viewed more than 2.6 million times.

When Newman asked the officers why they were apprehending the woman, who was crying, the officer said that it was illegal to sell food inside the subway stations. He said that they had warned the woman “multiple times” but that “she doesn’t want to give it up.”

When Newman asked if the woman could just go outside and keep her cart, the officer said no.

Newman said that when Elsa tried to speak to them in Spanish, one of the cops “kept rolling his eyes” and said, “I know you can speak English.”

In a statement, the NYPD said that the woman was instructed in English and Spanish that she would be issued a summons and her property would be taken away as evidence.

“She refused to cooperate and was briefly handcuffed; officers escorted her into the command where she was uncuffed,” the NYPD statement said. “Her property was vouchered as arrest evidence and she was released within minutes.”

Newman told BuzzFeed News that she had filed a public records request to obtain an incident report from police. She said that she was involved in efforts to help Elsa get her cart back and also planned to start a GoFundMe campaign to help her pay any fines and recover lost wages. 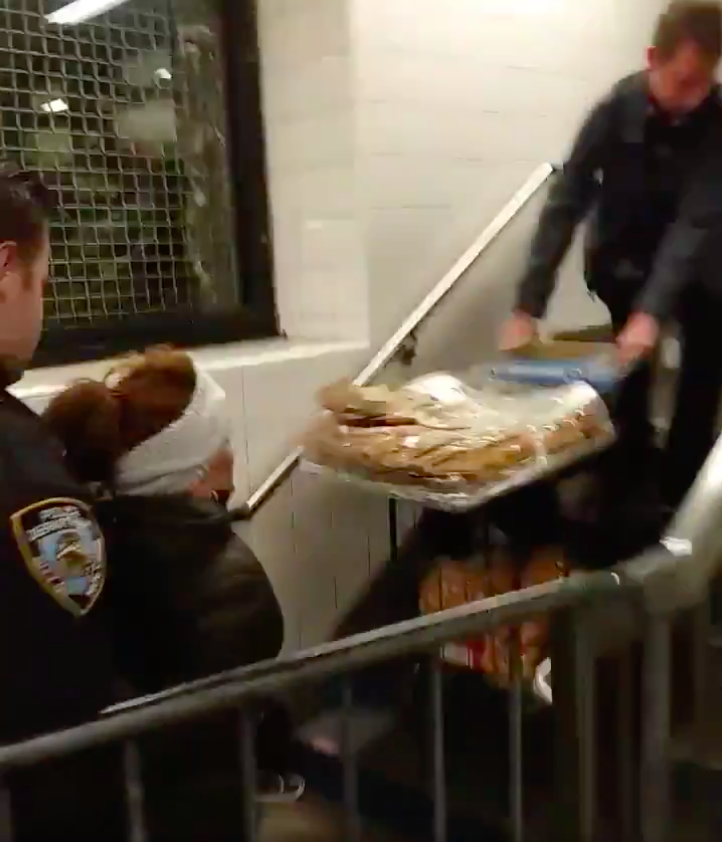 Police said that they had “received numerous complaints regarding unlicensed vendors at Broadway Junction due to health concerns and individuals interfering with pedestrian flow.”

The video prompted many city and state officials to criticize the harassment and criminalization of subway vendors and to question the increased police presence in the city’s subway system.

“The level of enforcement used against this vendor was totally unnecessary and over the top,” said Rafael Espinal Jr., a city council member who represents the district where the incident took place.

Scott Stringer, the city’s comptroller, said the incident “raises serious questions about the increased police presence in our subways.”

Elsa’s viral encounter with police is the latest incident that has sparked criticism of New York Gov. Andrew Cuomo’s plan to add 500 additional police officers to the public transit system in an effort to curb fare evasion.

Responding to the video, New York City Mayor Bill de Blasio said Monday, “The facts are she was there multiple times and was told multiple times that’s not a place you can be and it’s against the law and it’s creating congestion and she shouldn’t have been there.”

He said that he had watched the video and that the officers had “comported themselves properly.”

“I want us to get to a day where that kind of action is not necessary,” de Blasio said.

Earlier this month, widely shared videos of two other incidents capturing violent police confrontations with teens on the subway prompted hundreds of people to protest NYPD tactics in Brooklyn.