We’re never short on finding comparisons between Princess Diana and her famous daughters-in-law. We’ve found similarities in their respective styles, and even noticed ways in which Meghan Markle often calls back to Diana’s approach to humanitarian efforts. But the Invictus Games have served as a really wonderful opportunity to see the Duchess of Sussex interact with people — particularly children. We couldn’t help but notice the striking similarity between Meghan and Diana in the ways in which they engage with kids, and the photo comparisons really highlighted the resemblance.

Over the course of the last few days, Meghan and Prince Harry have been spending a lot of time mingling with veterans and former service members from across the globe who’ve entered into the Invictus Games. During one of the first days, Meghan and Harry joined a few children riding around in small cars, which is when the below photo of Meghan was snapped. In the snapshot, it’s not hard to see just how engaged Meghan is with the little driver. And that same enthusiasm was matched during another get-together with kids. 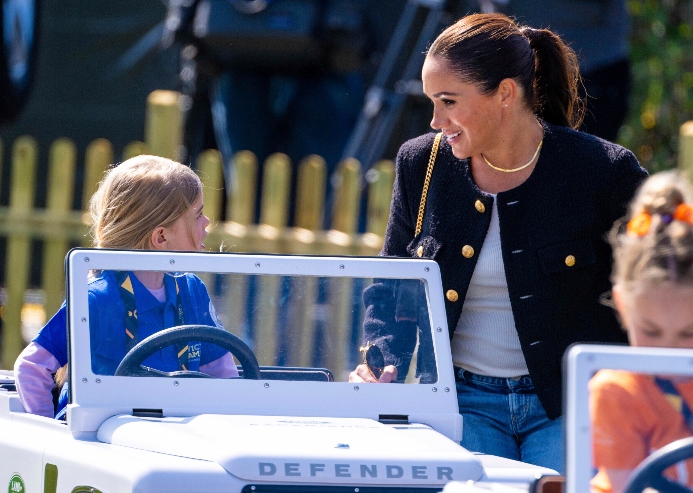 A series of photos posted to Twitter on April 19 featured Meghan surrounded by kids during story hour with families. Meghan could be seen in one photo with a baby, who sat comfortably in the Duchess of Sussex’s lap. Another showed Meghan wholly engaged by one child who was chatting with the mom of two. Then there were photos of Meghan doing crafts with some kids and more. You can see the collection of snapshots here. 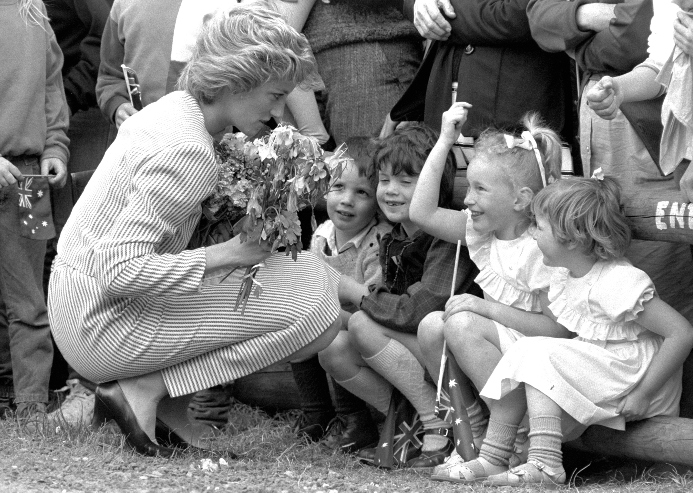 In nearly every photo that we saw of Meghan when she was interacting with children, we saw so much of Princess Diana. The late Princess of Wales was known for always engaging with children on their level — making them feel comfortable, heard, and cared for. It’s part of the reason Princess Diana’s statue at Kensington Palace features a group of children alongside the late royal. Diana’s ability to relate to, and make children feel so special, is a quality she undoubtedly passed on to both her sons, and now we’re seeing it so much more in her daughters-in-law.

Before you go, click here to see the best photos of Princess Diana playing with William and Harry.