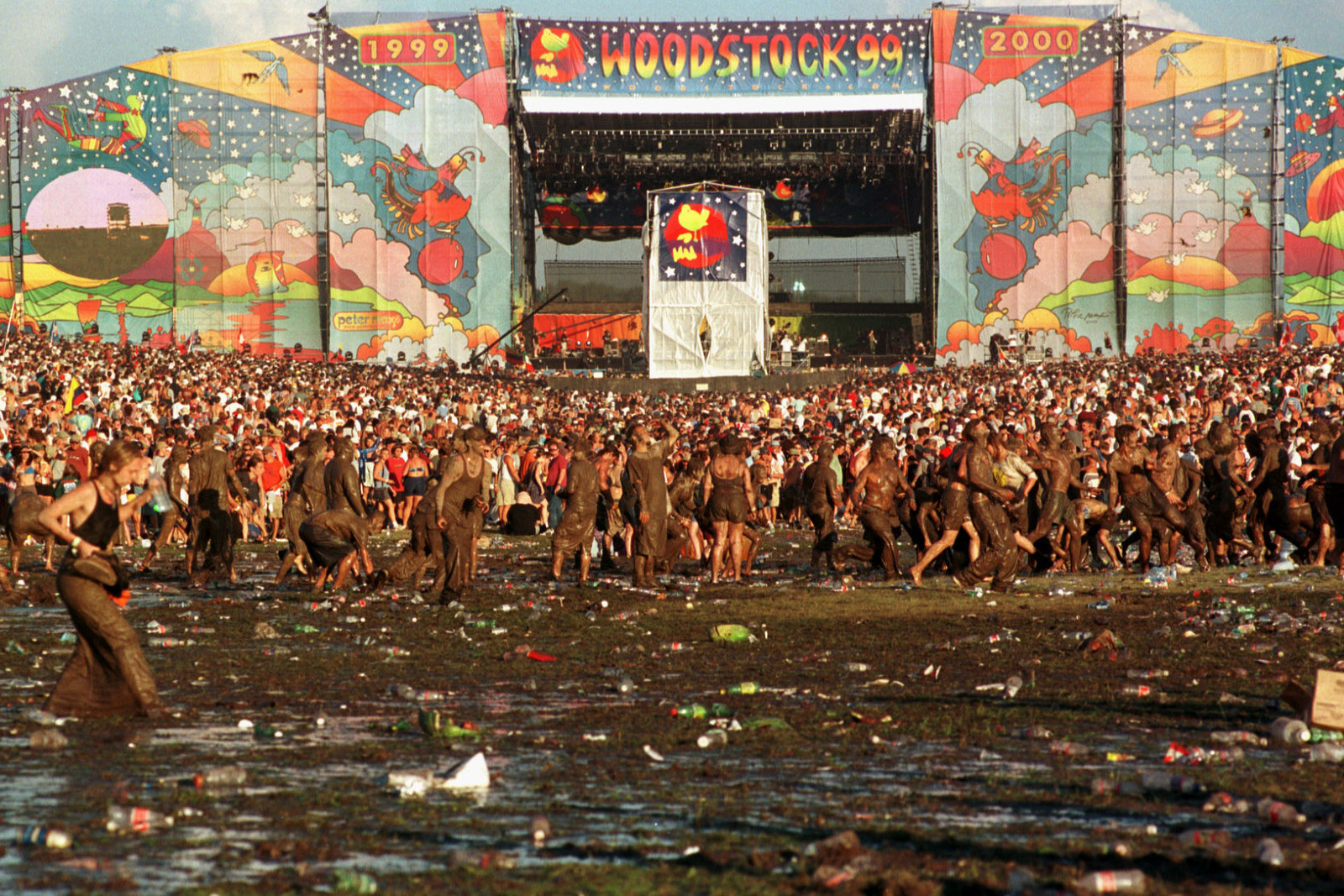 People gather among the mud and trash before a performance on July 26, 1999. 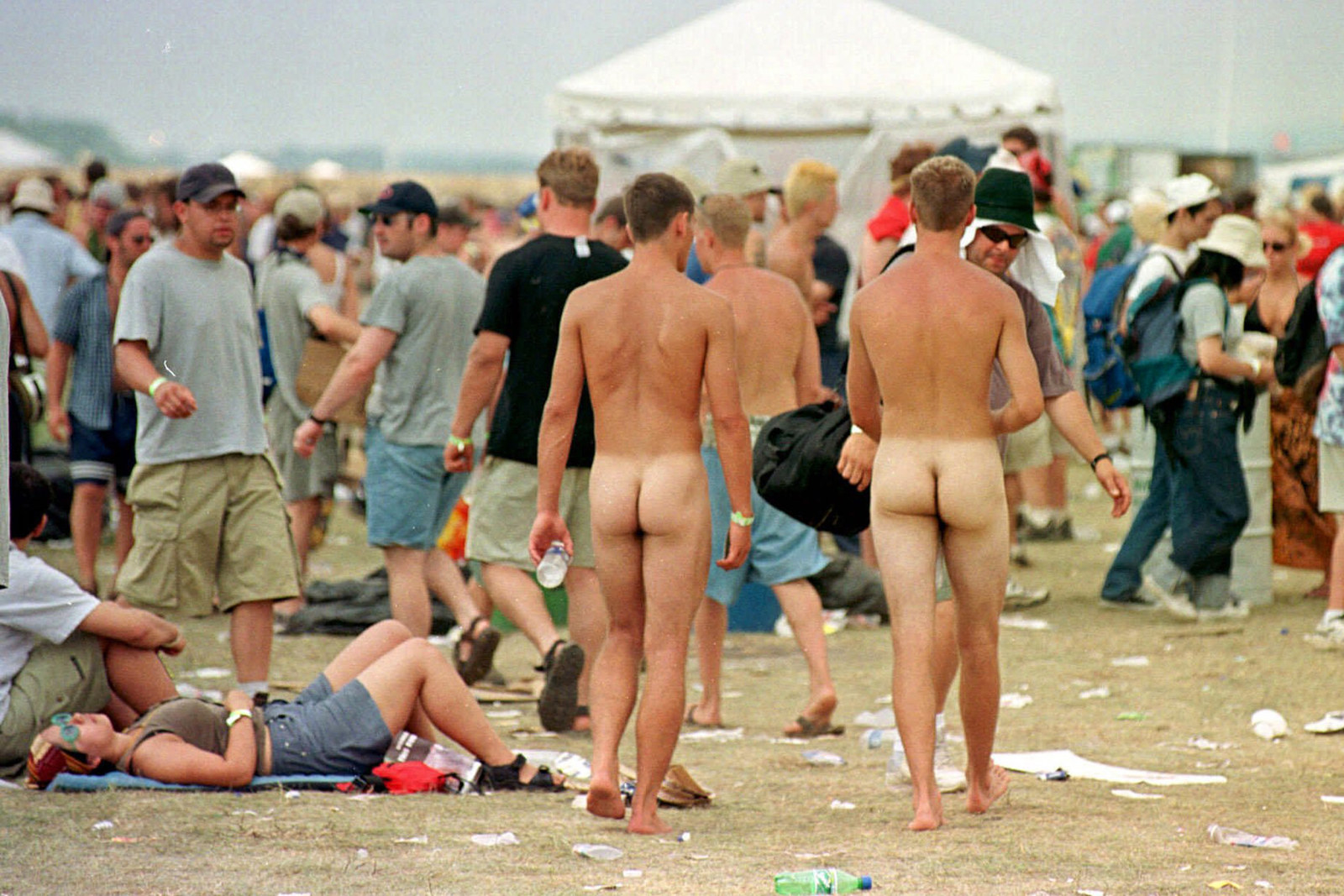 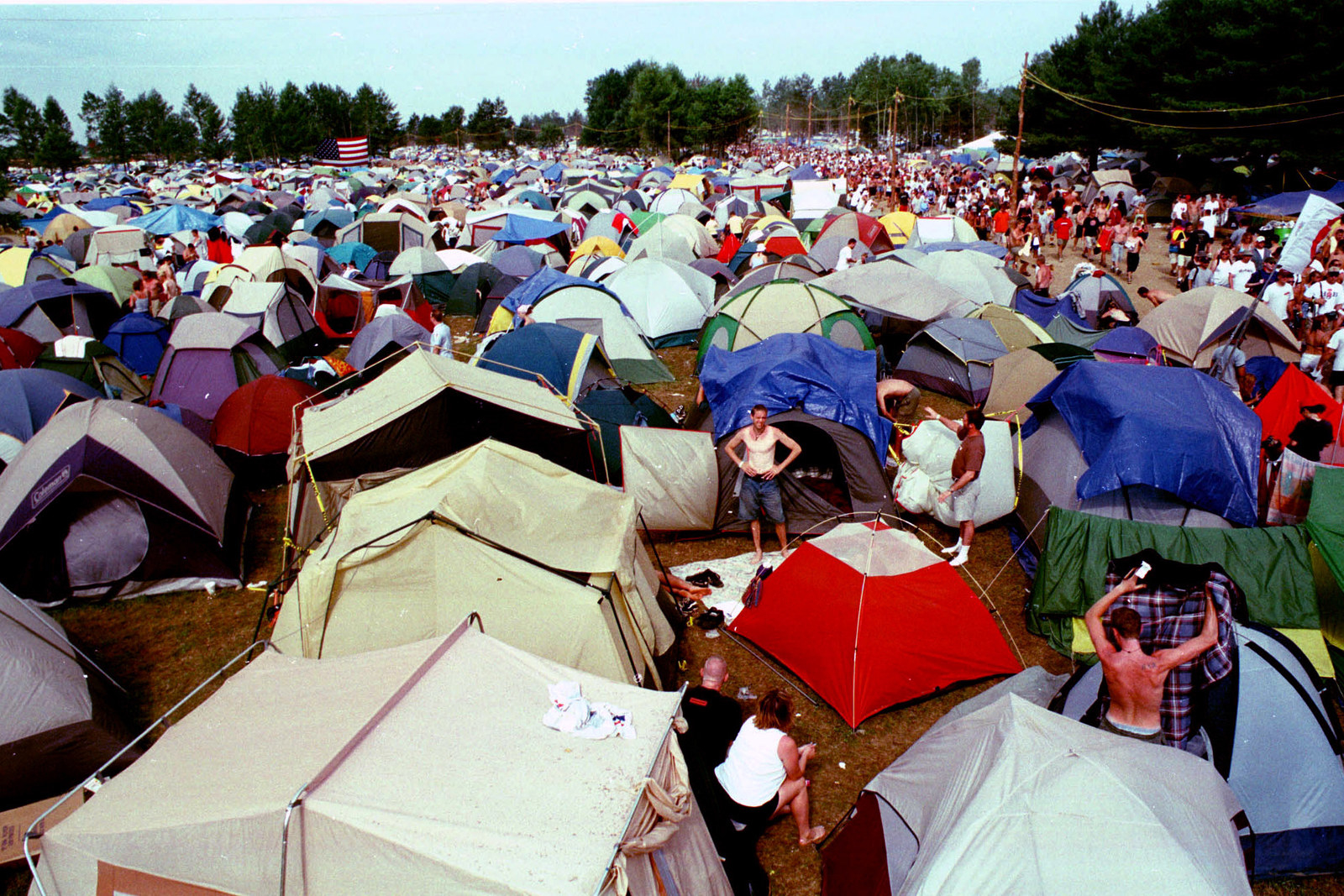 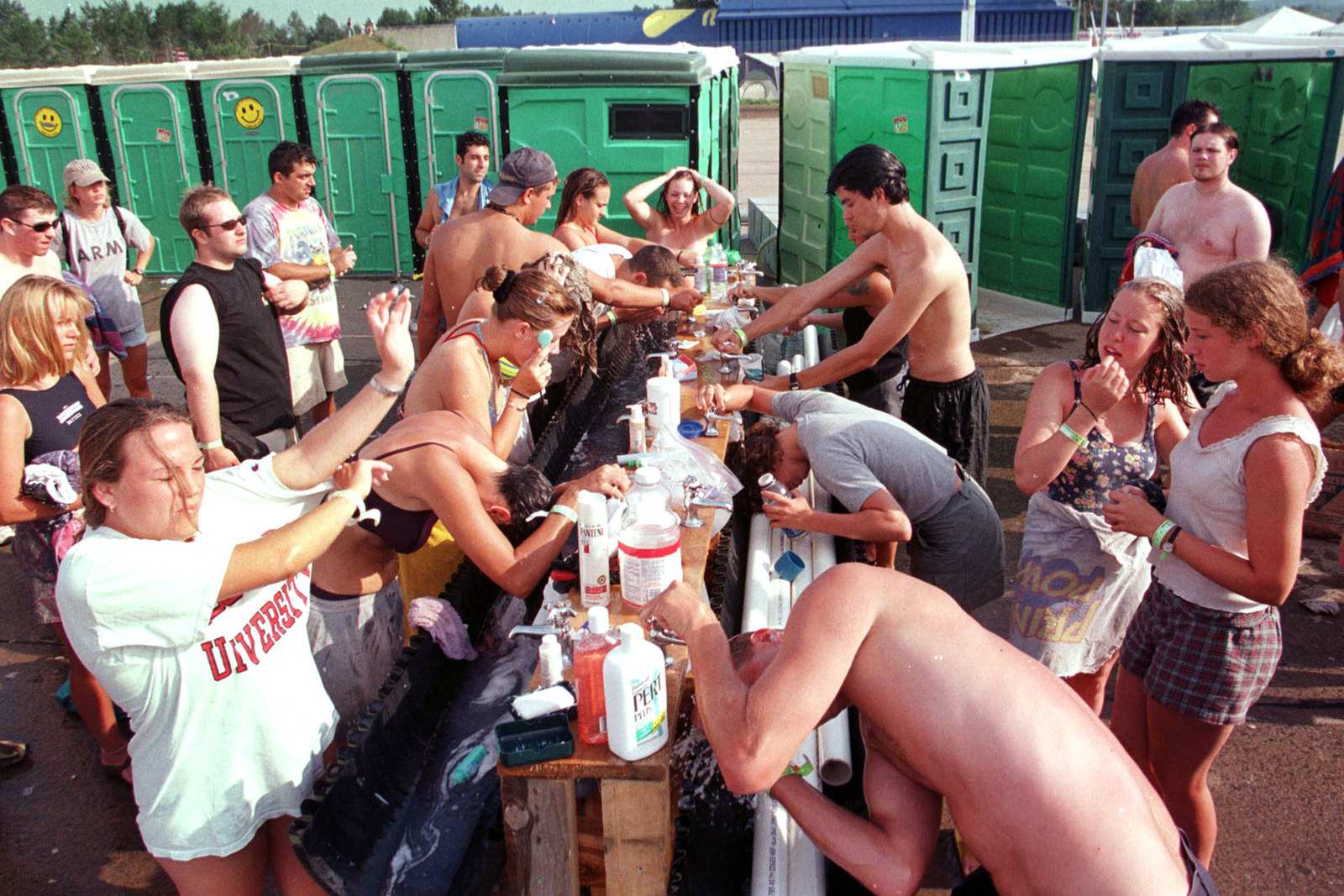 Festival attendees freshen up for the day on the morning of July 25, 1999. 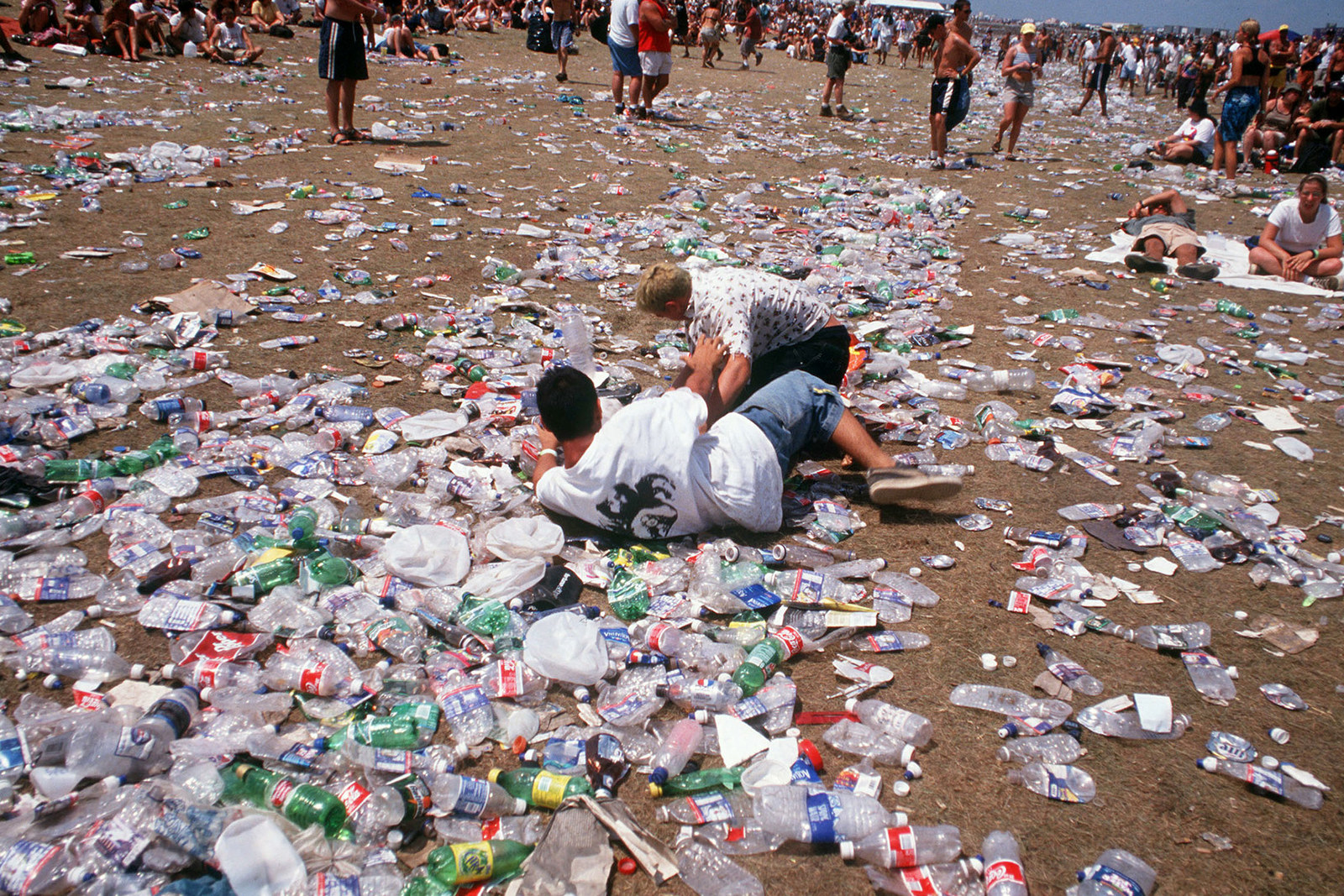 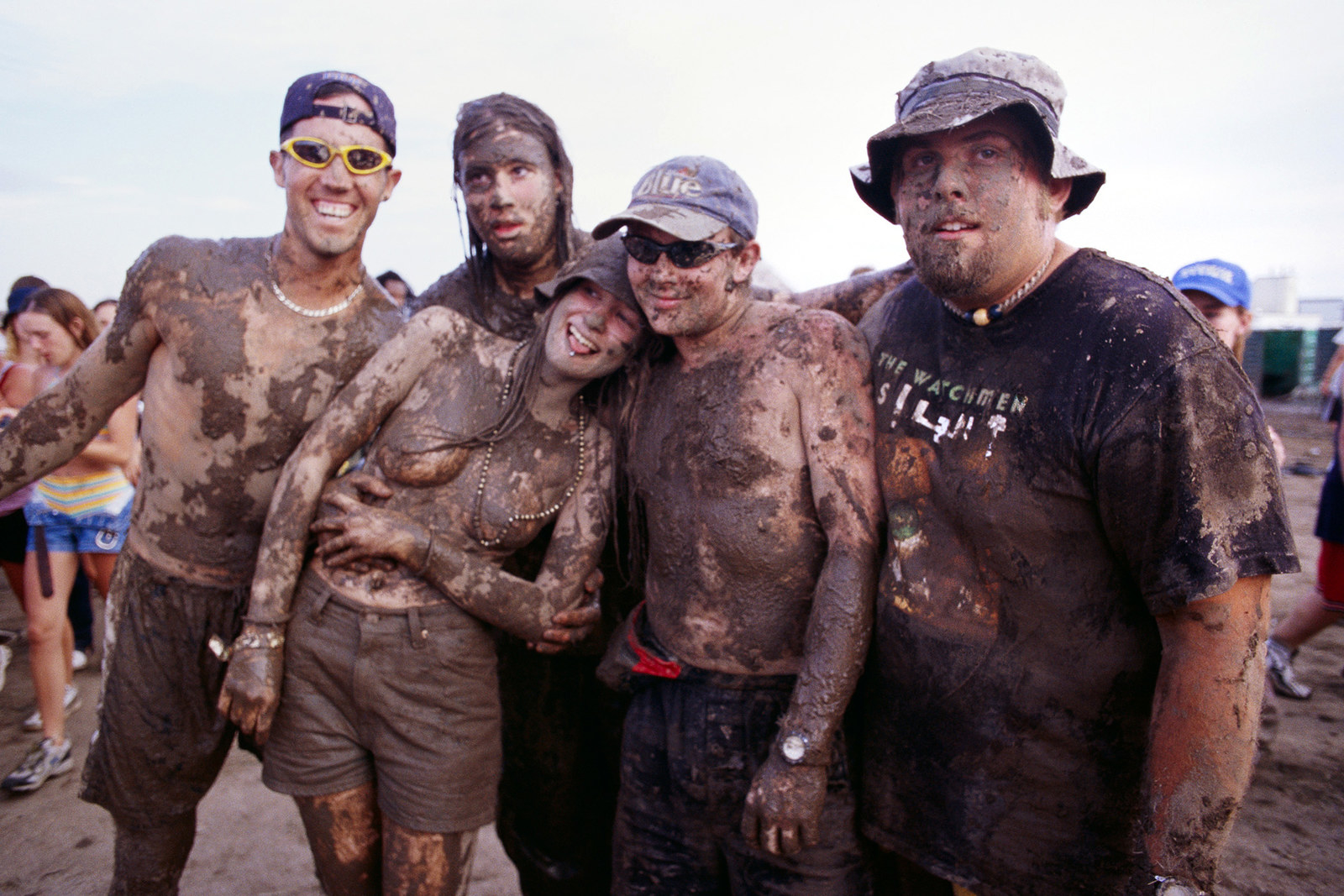 People pose for a picture while covered in mud in this undated picture.

This image is graphic 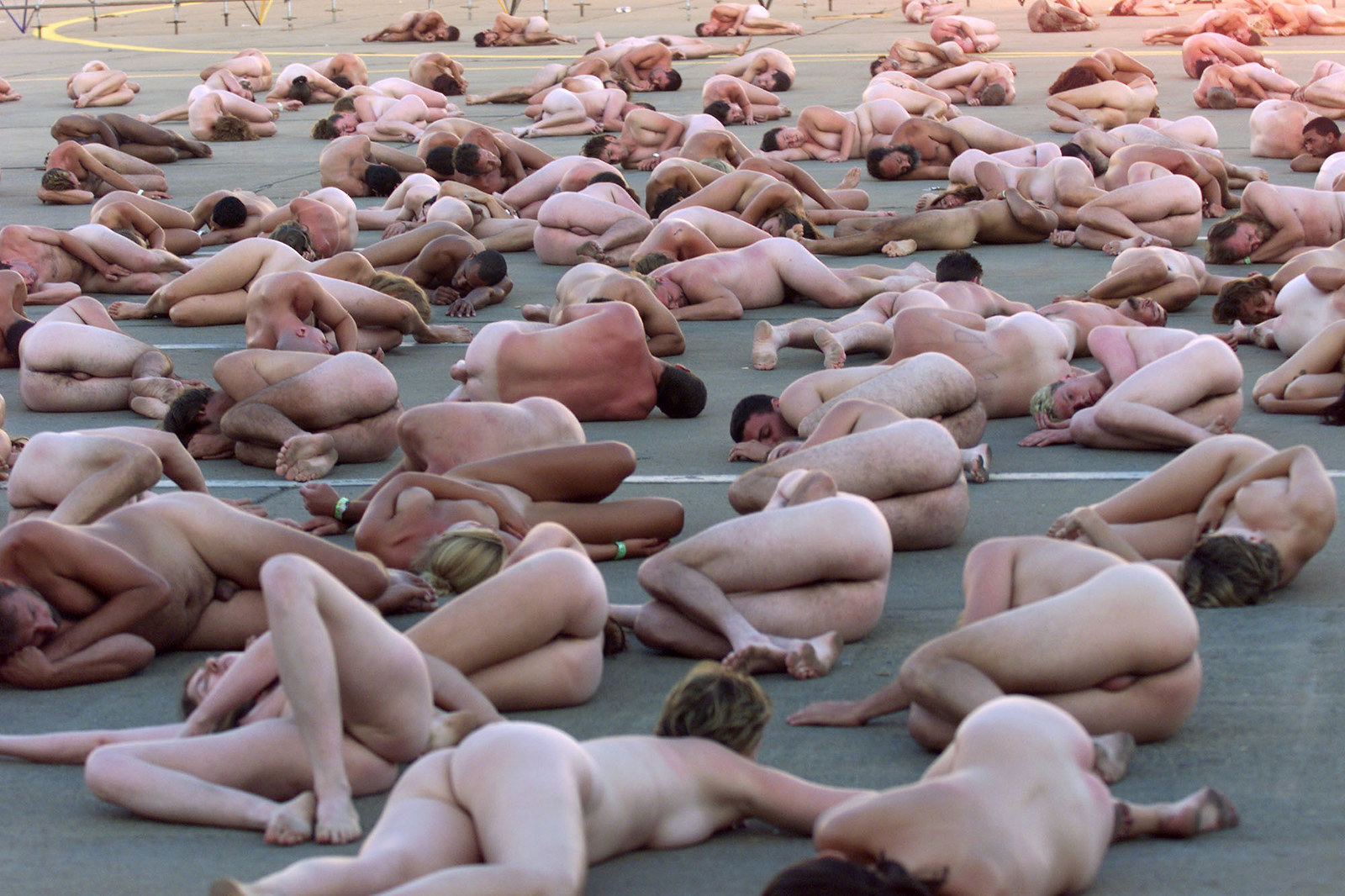 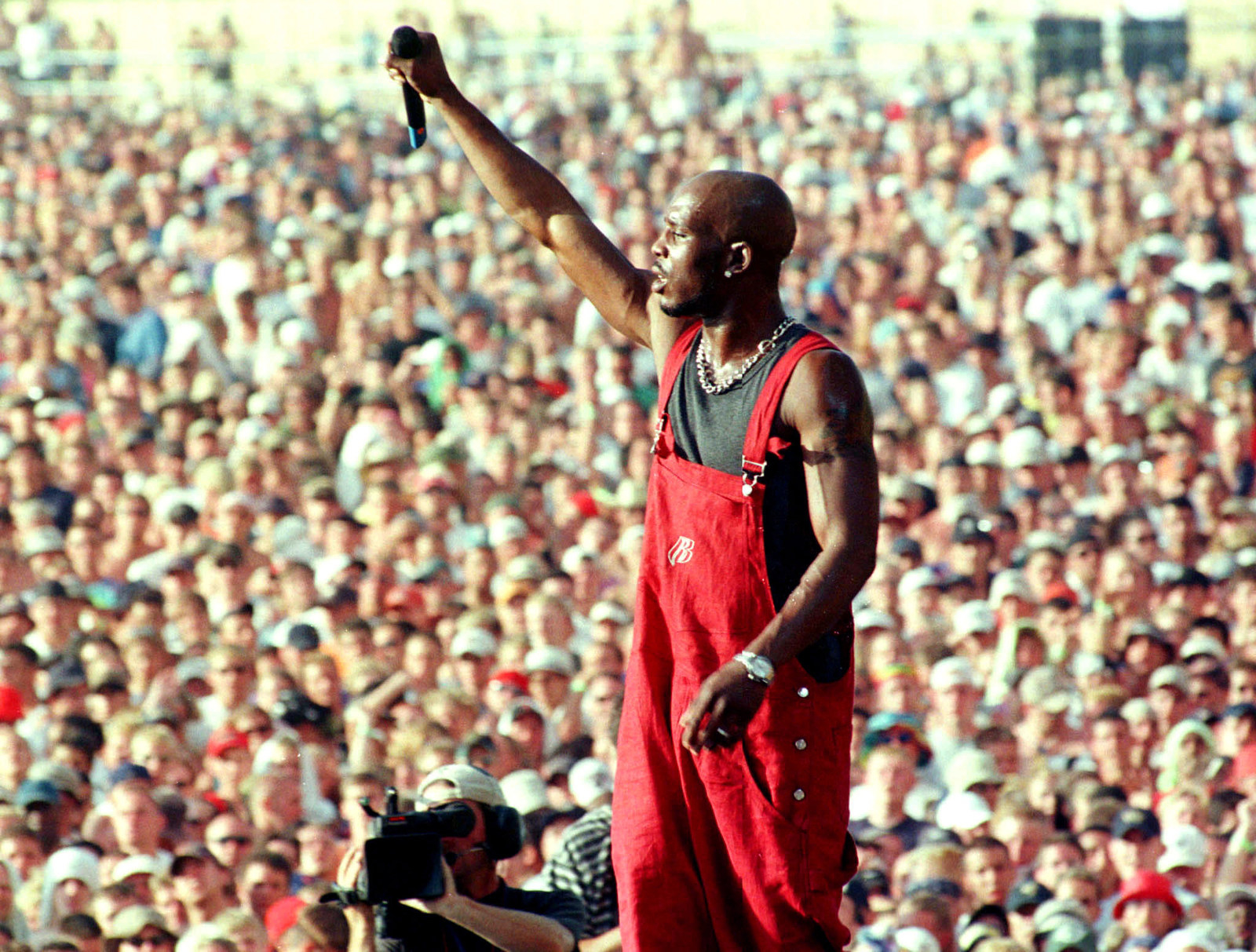 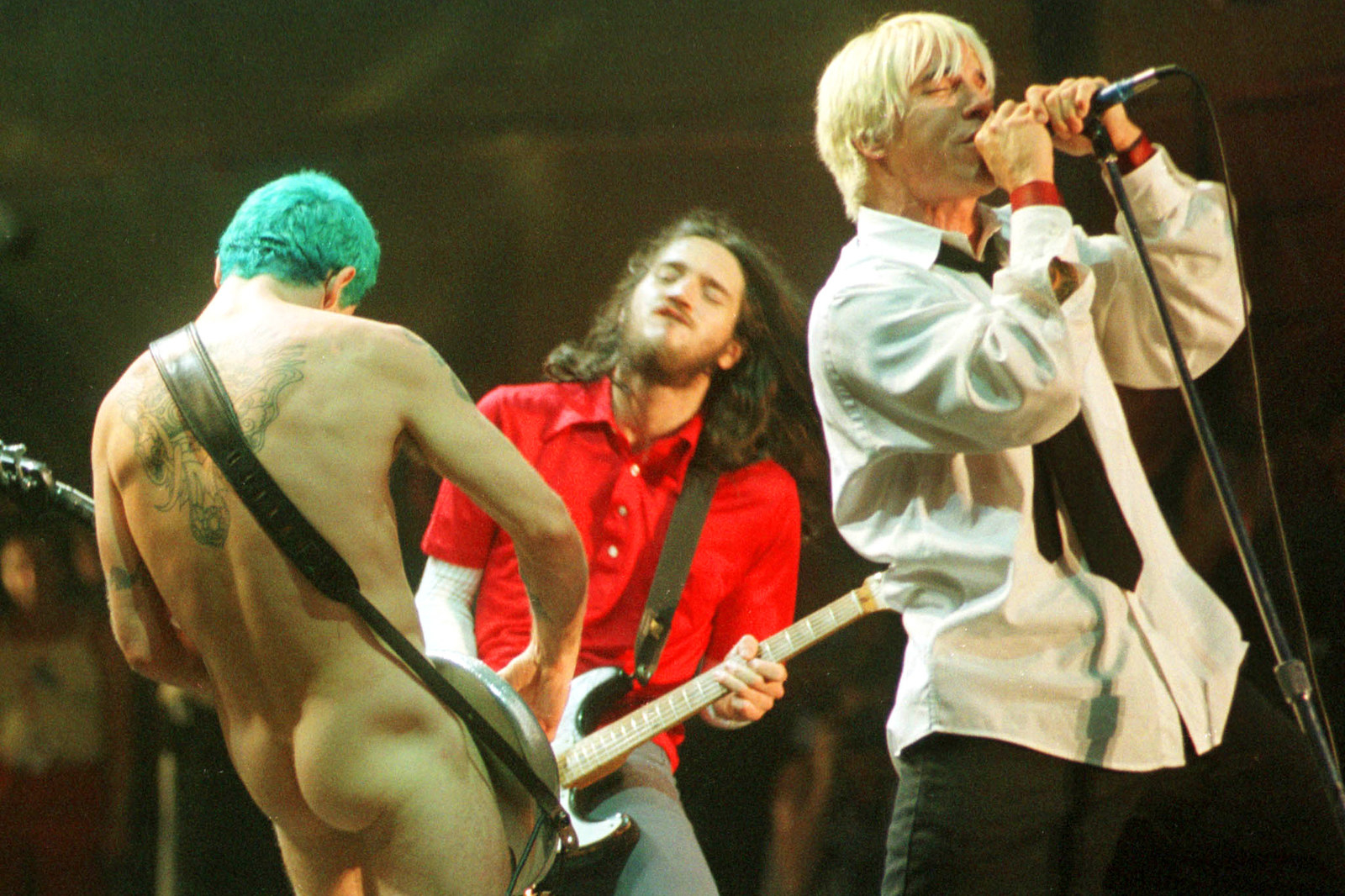 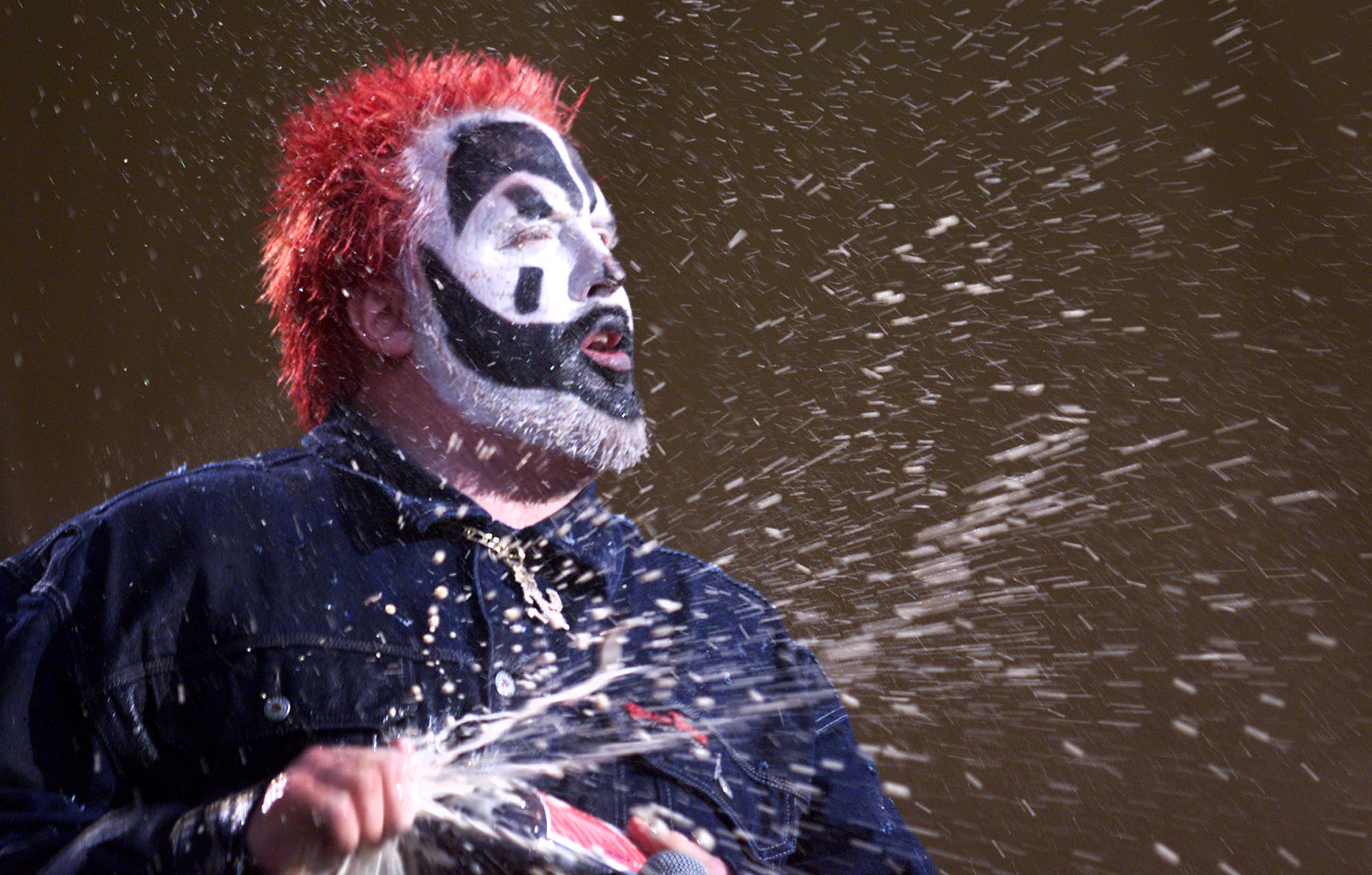 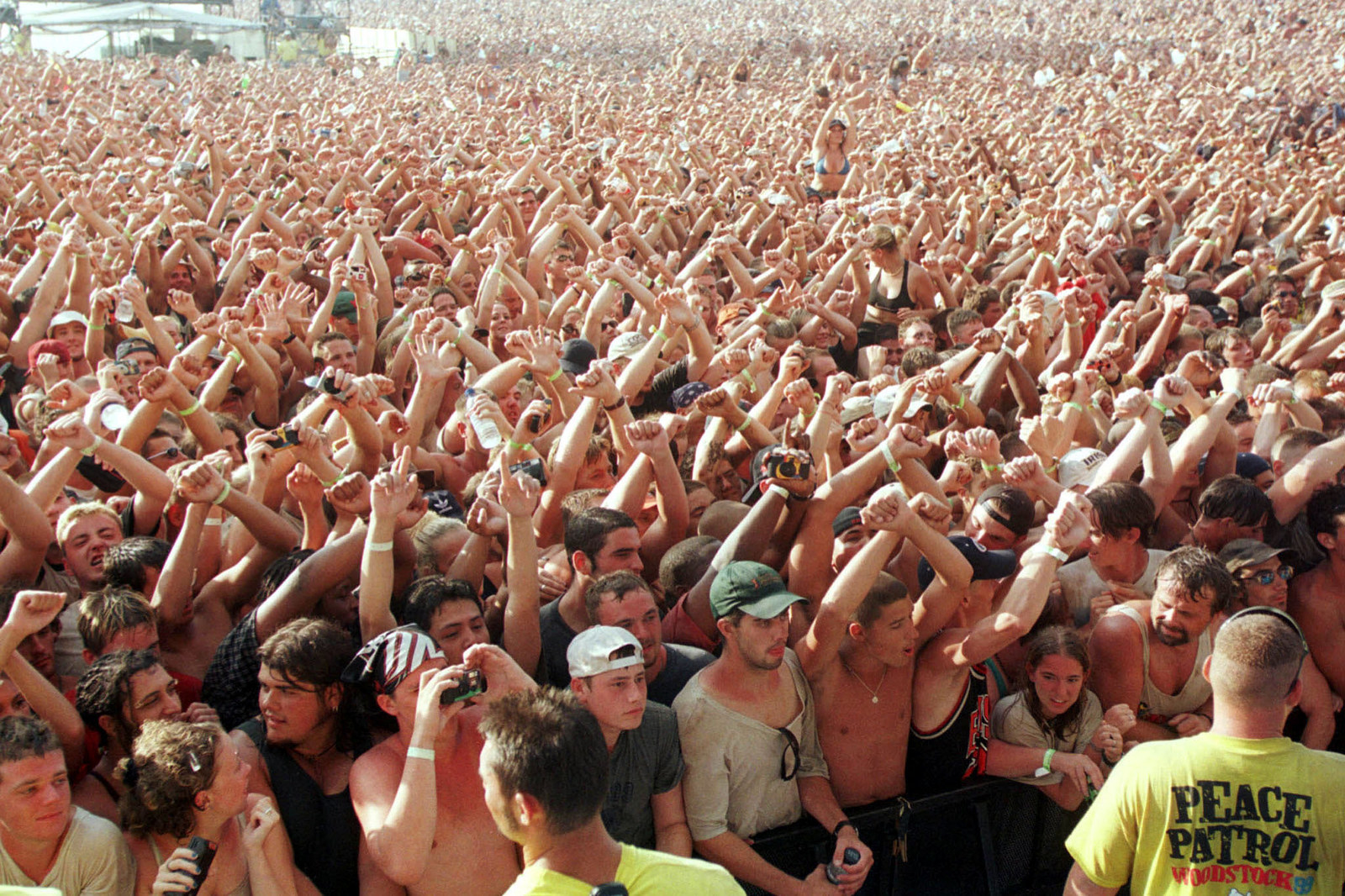 A sea of fans watch DMX perform on July 23. 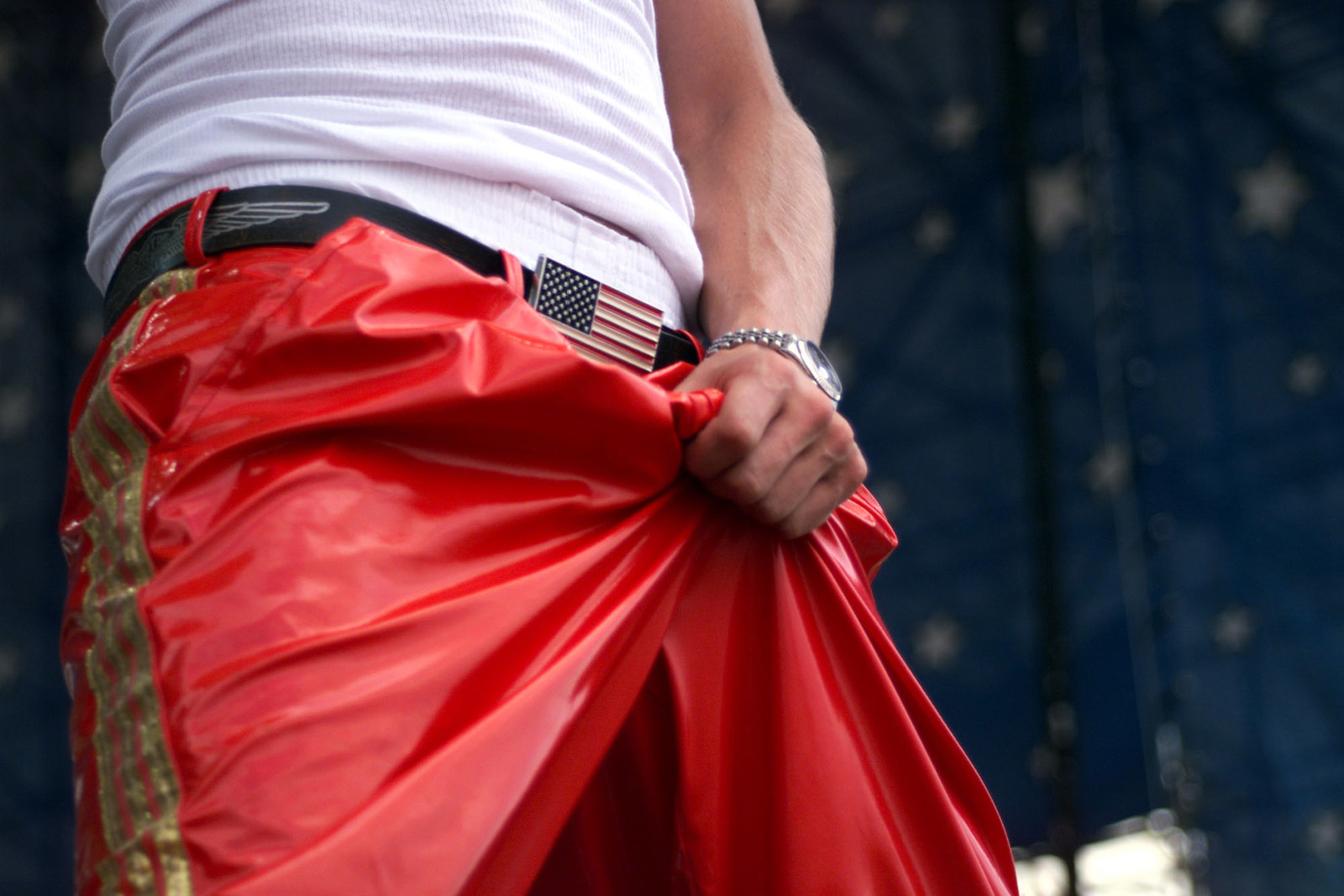 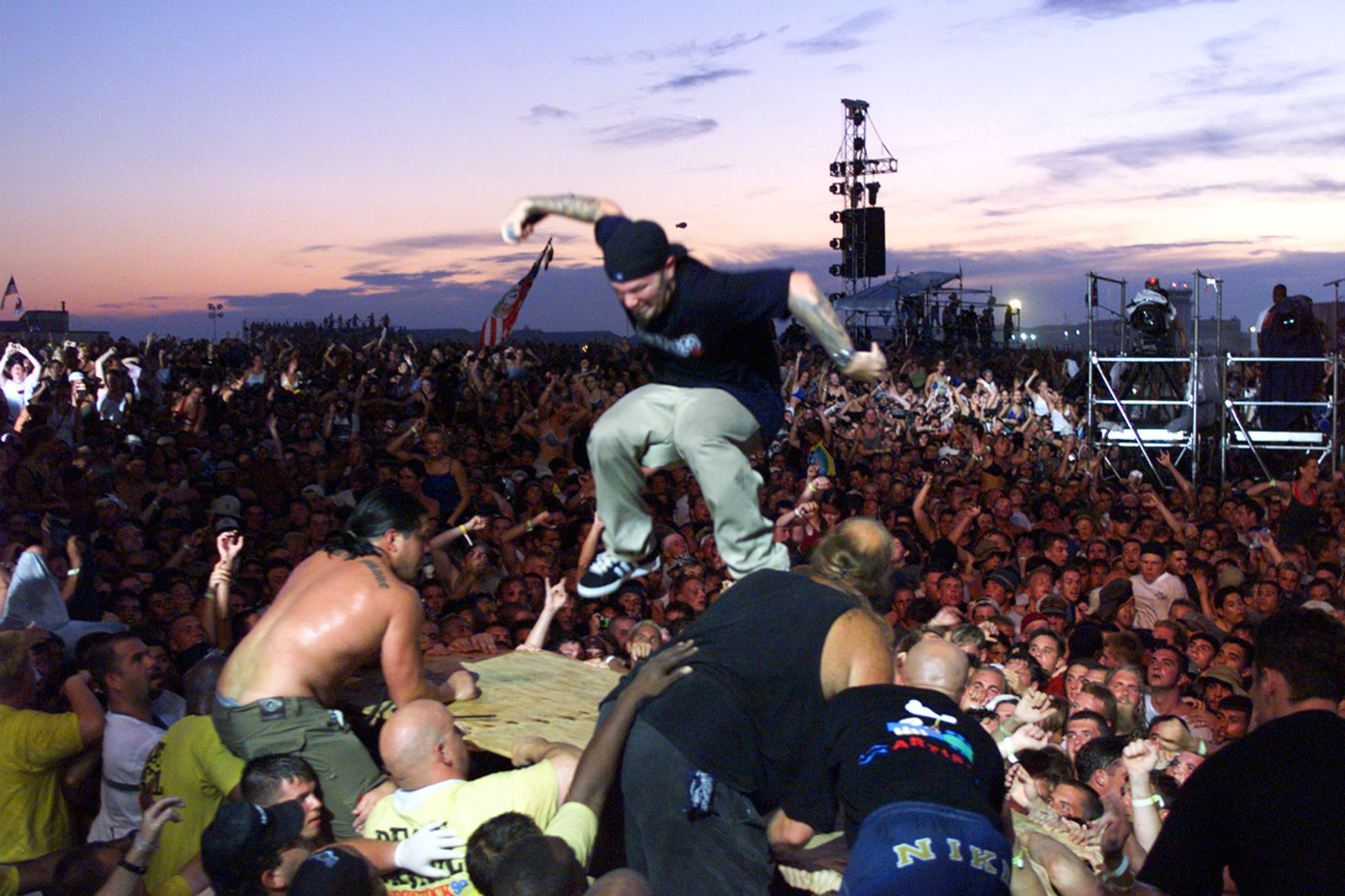 Limp Bizkit’s Fred Durst brings his performance to the heads of the crowd of the east stage, July 25, 1999. 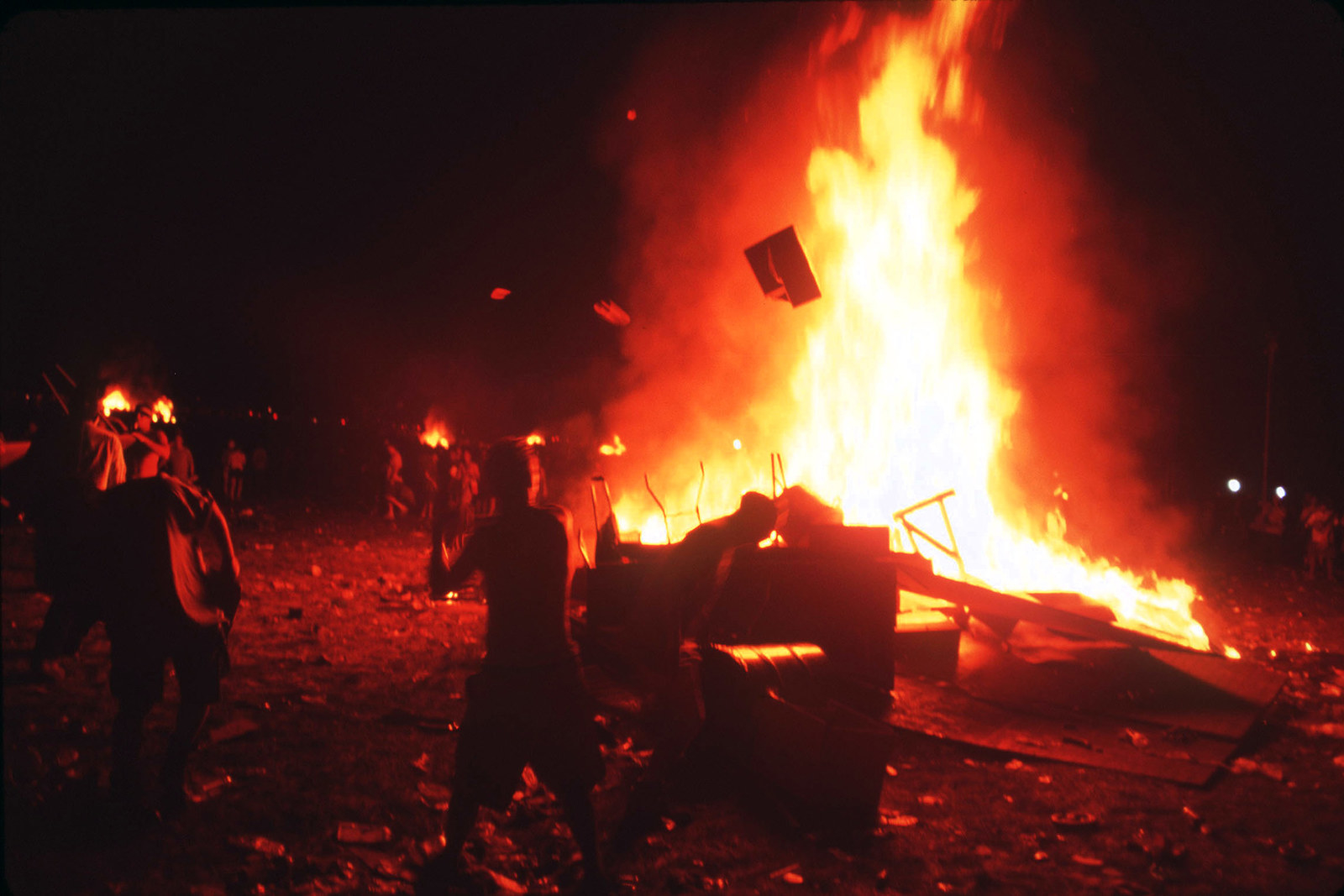 People in the crowd start fires using anything they can find as fuel, July 25, 1999. 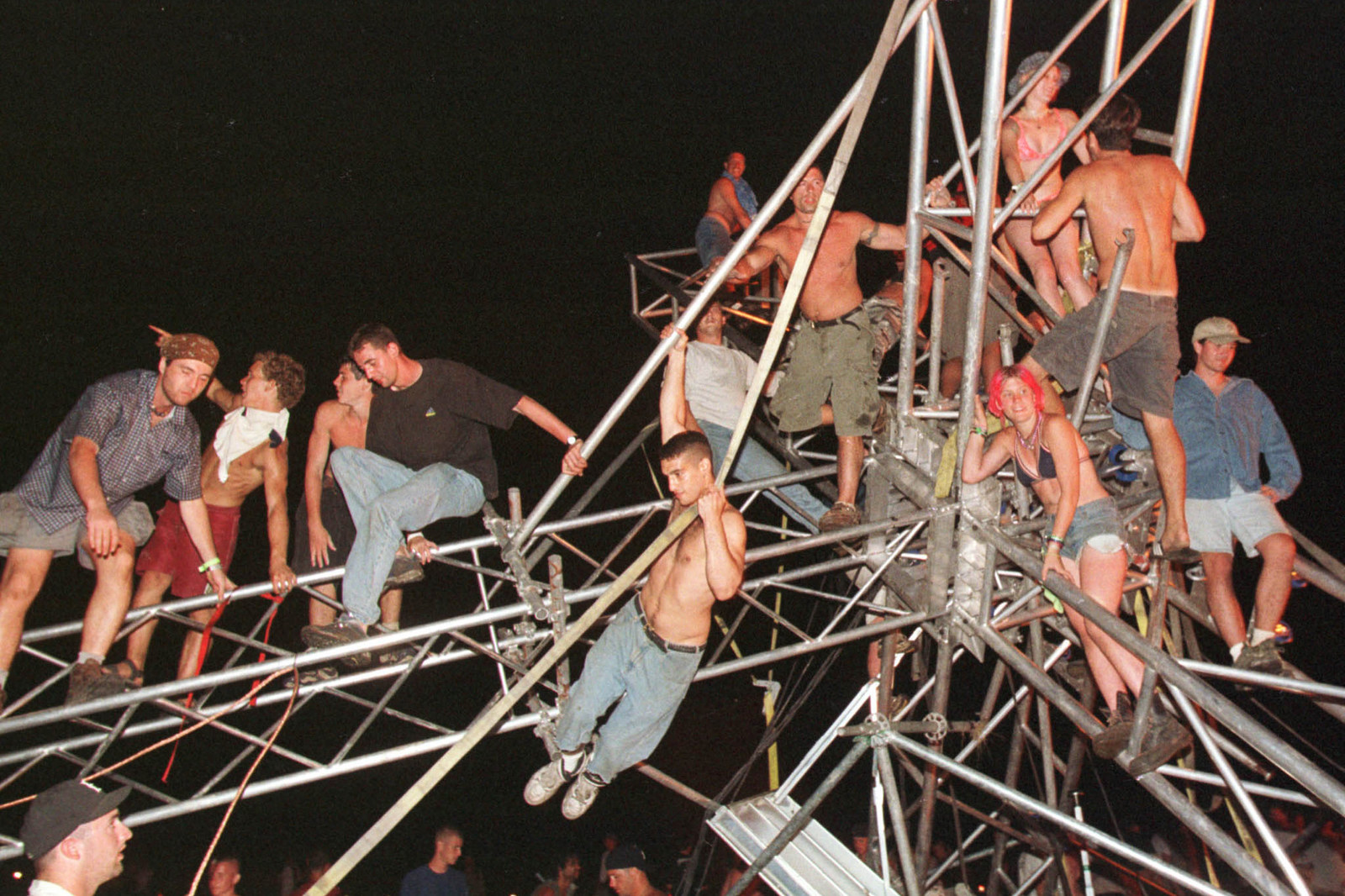 Festival-goers climb the destroyed metal scaffolding of a stage during the early morning hours of July 26, 1999. 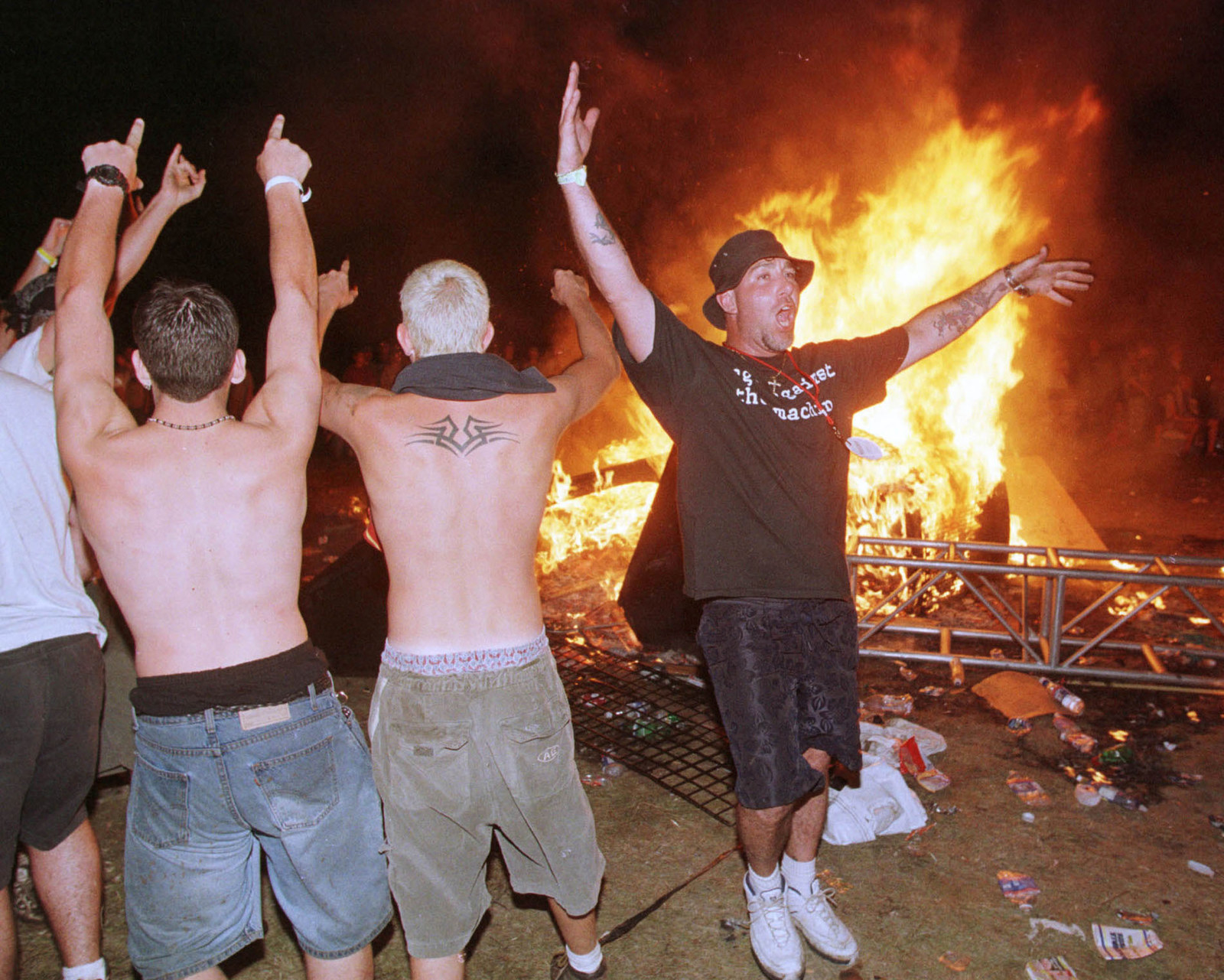 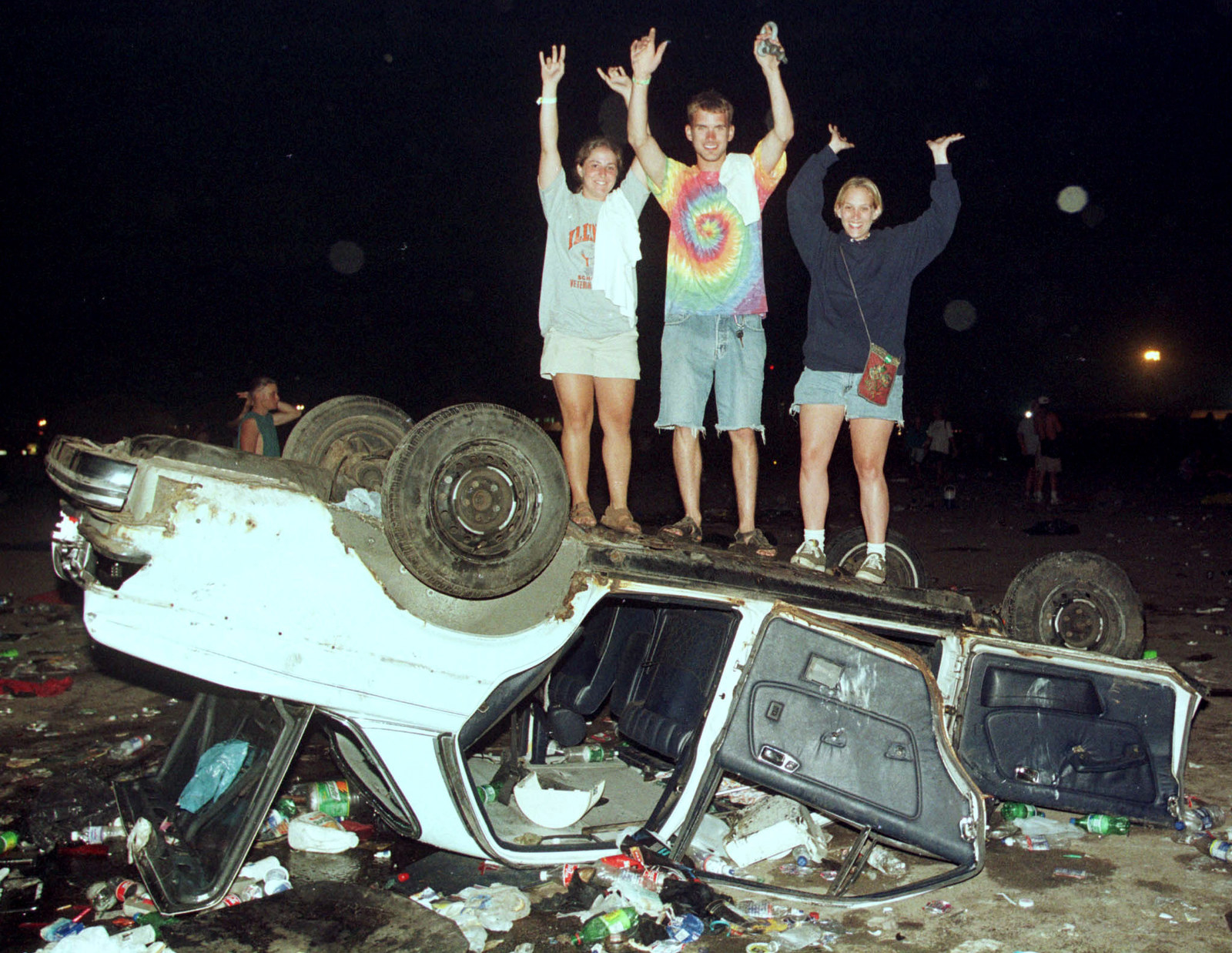 People pose for a picture while standing on an overturned vehicle in the early morning hours of July 26, 1999. 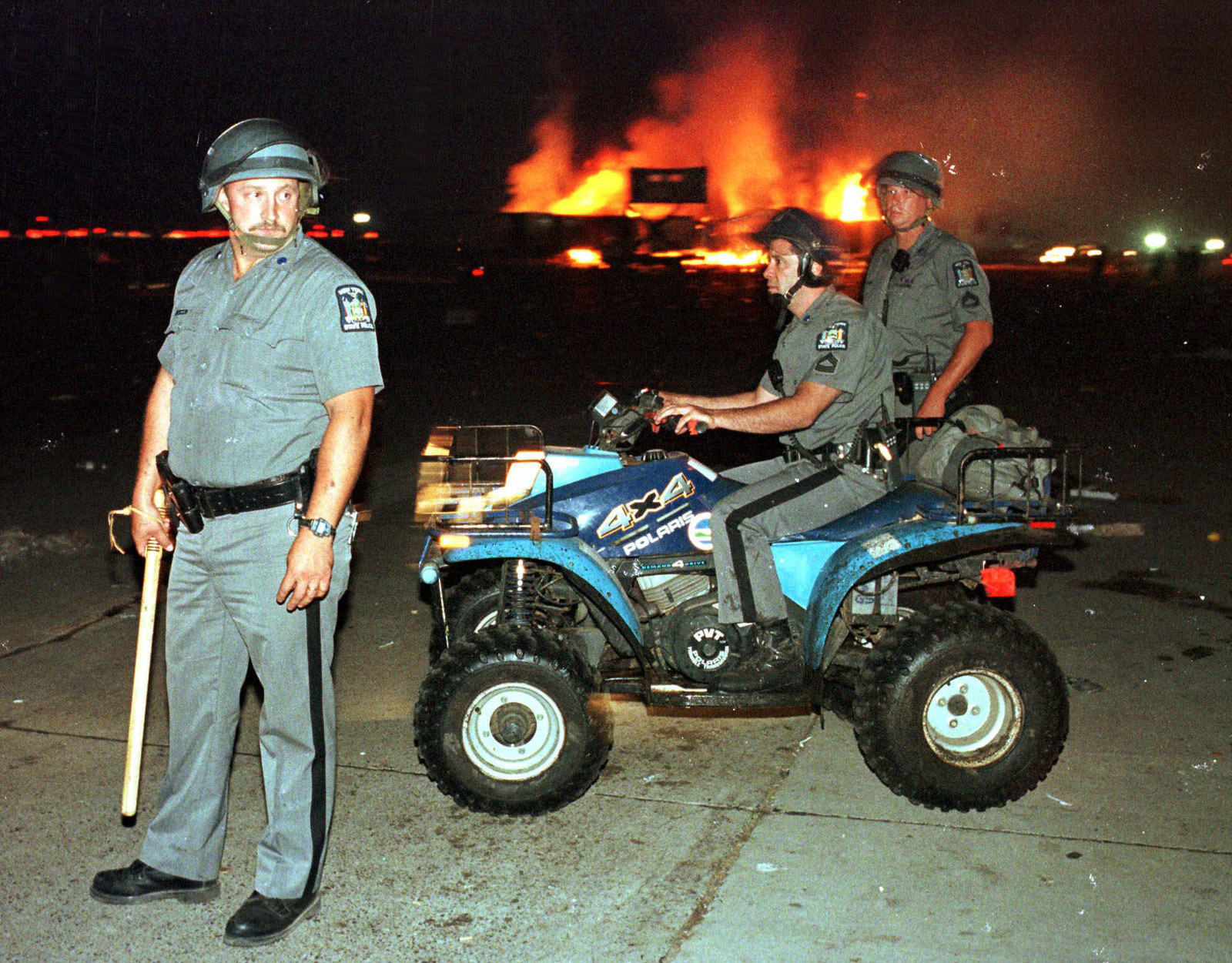 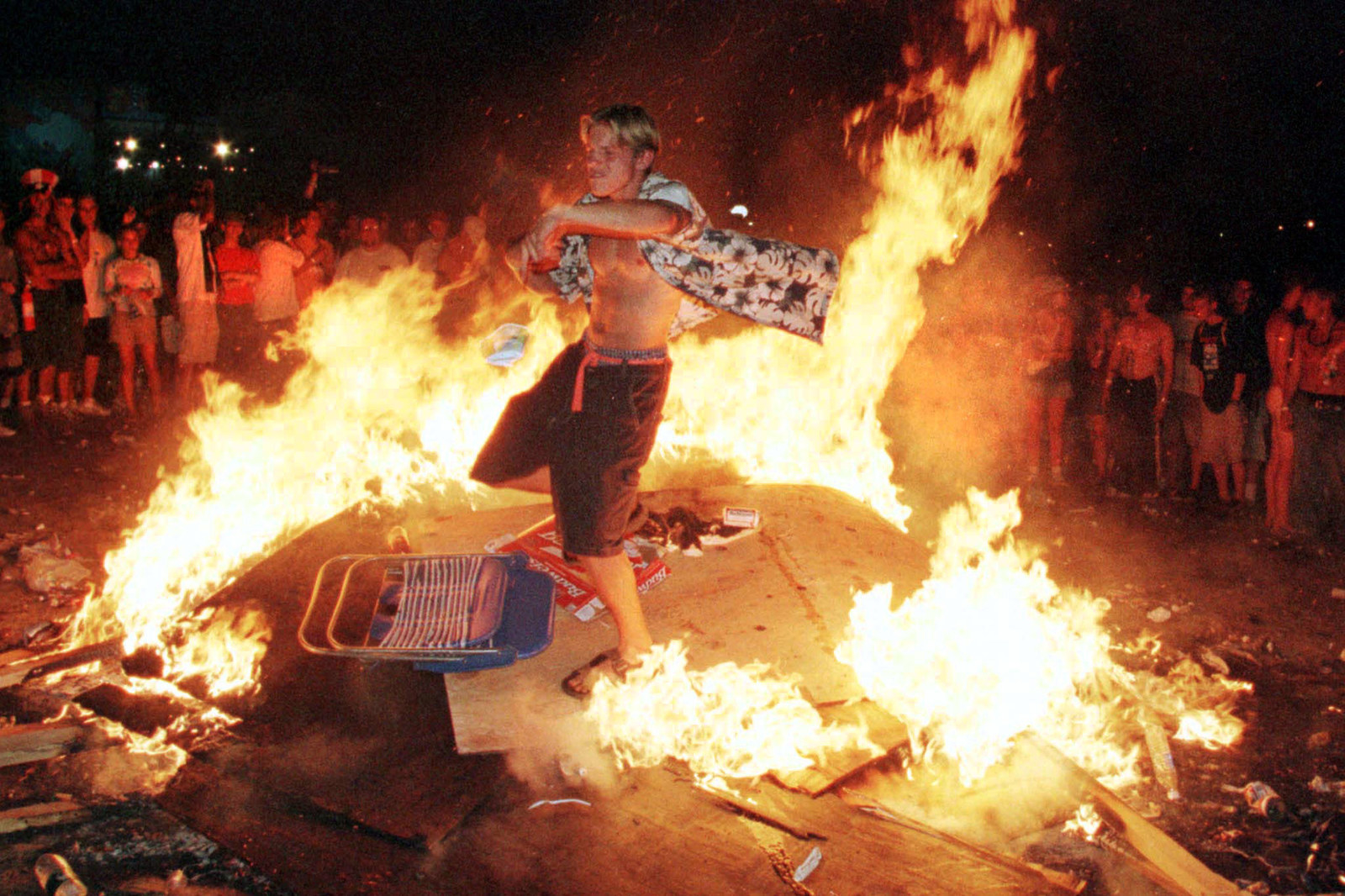 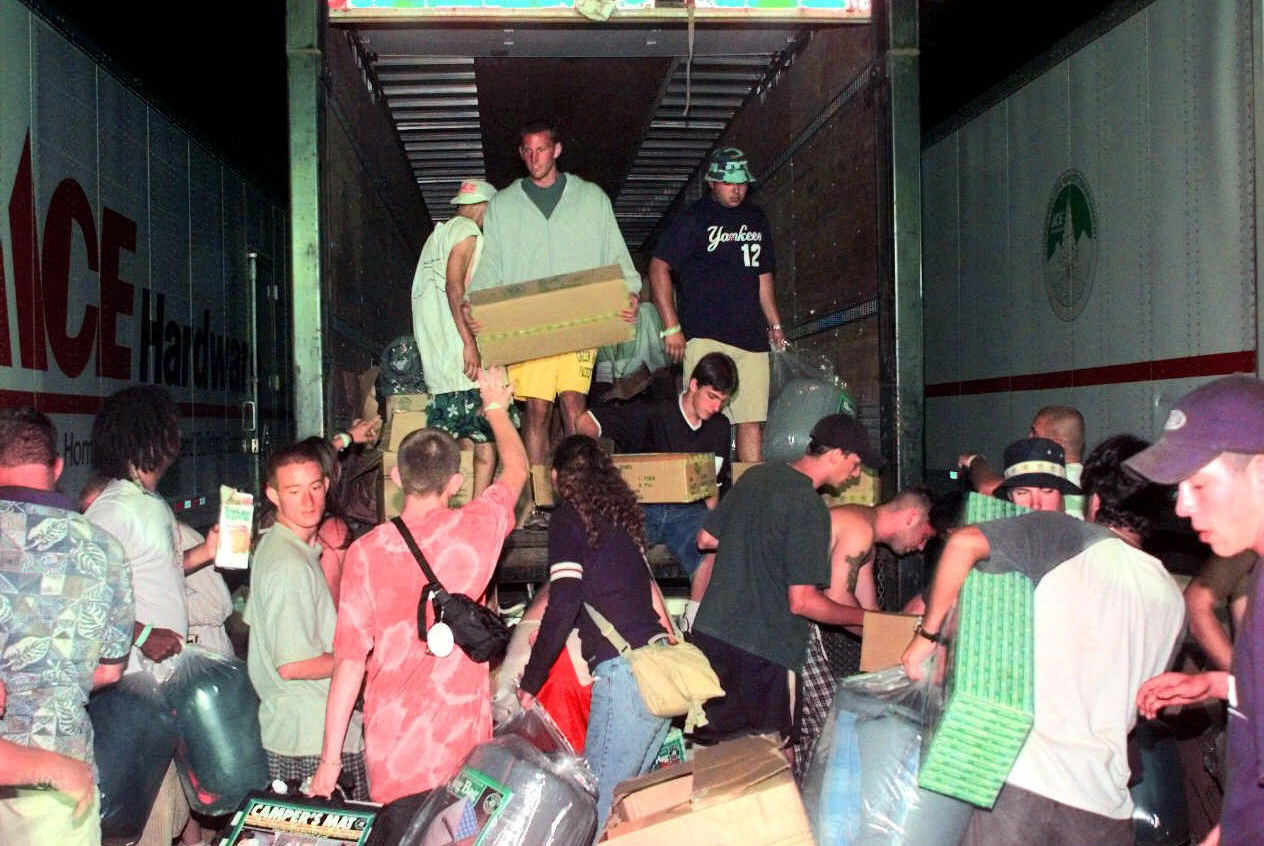 Looters carry away items stolen from Ace Hardware trailers parked in the campground area in the early morning, July 26. 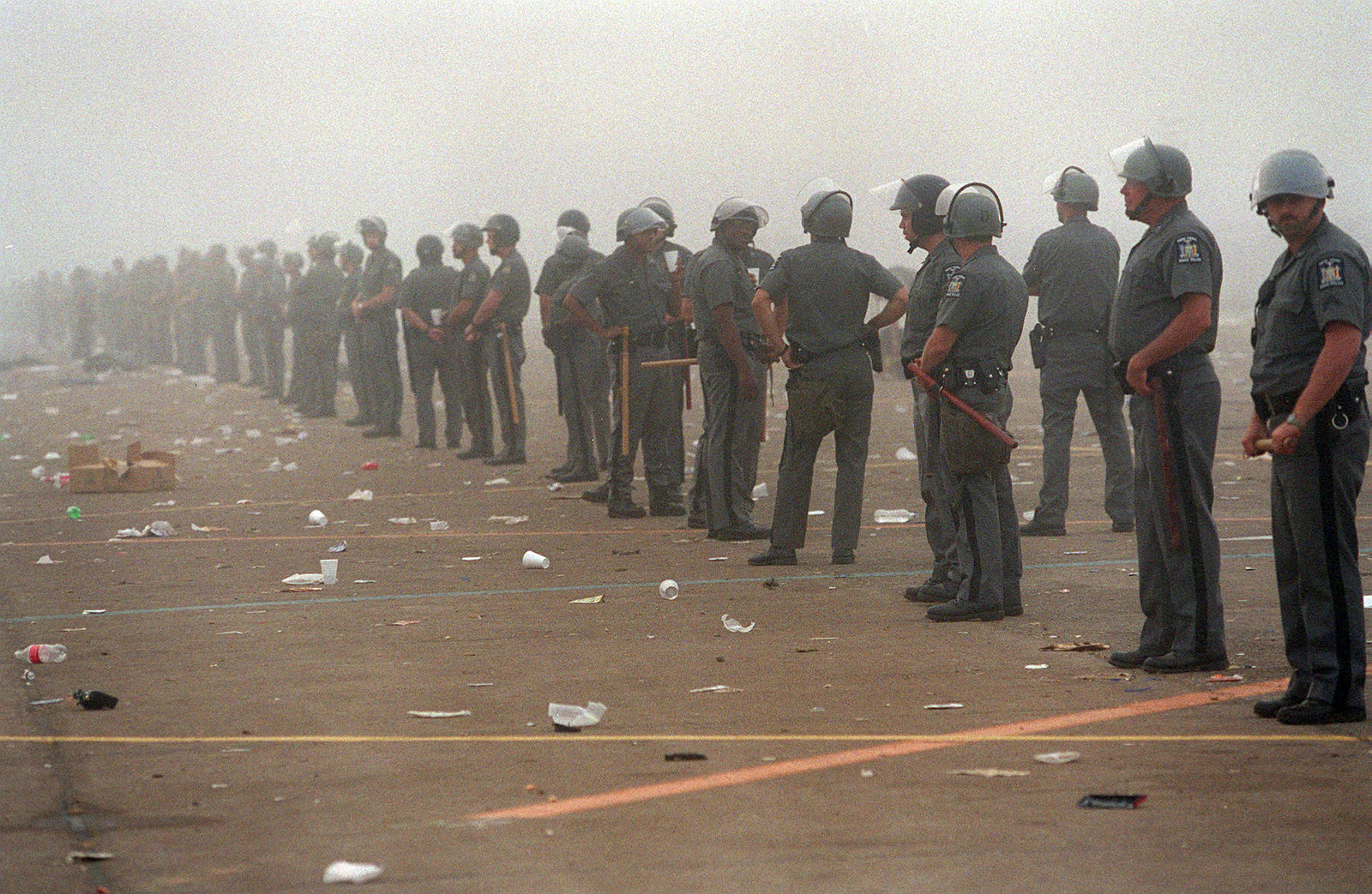 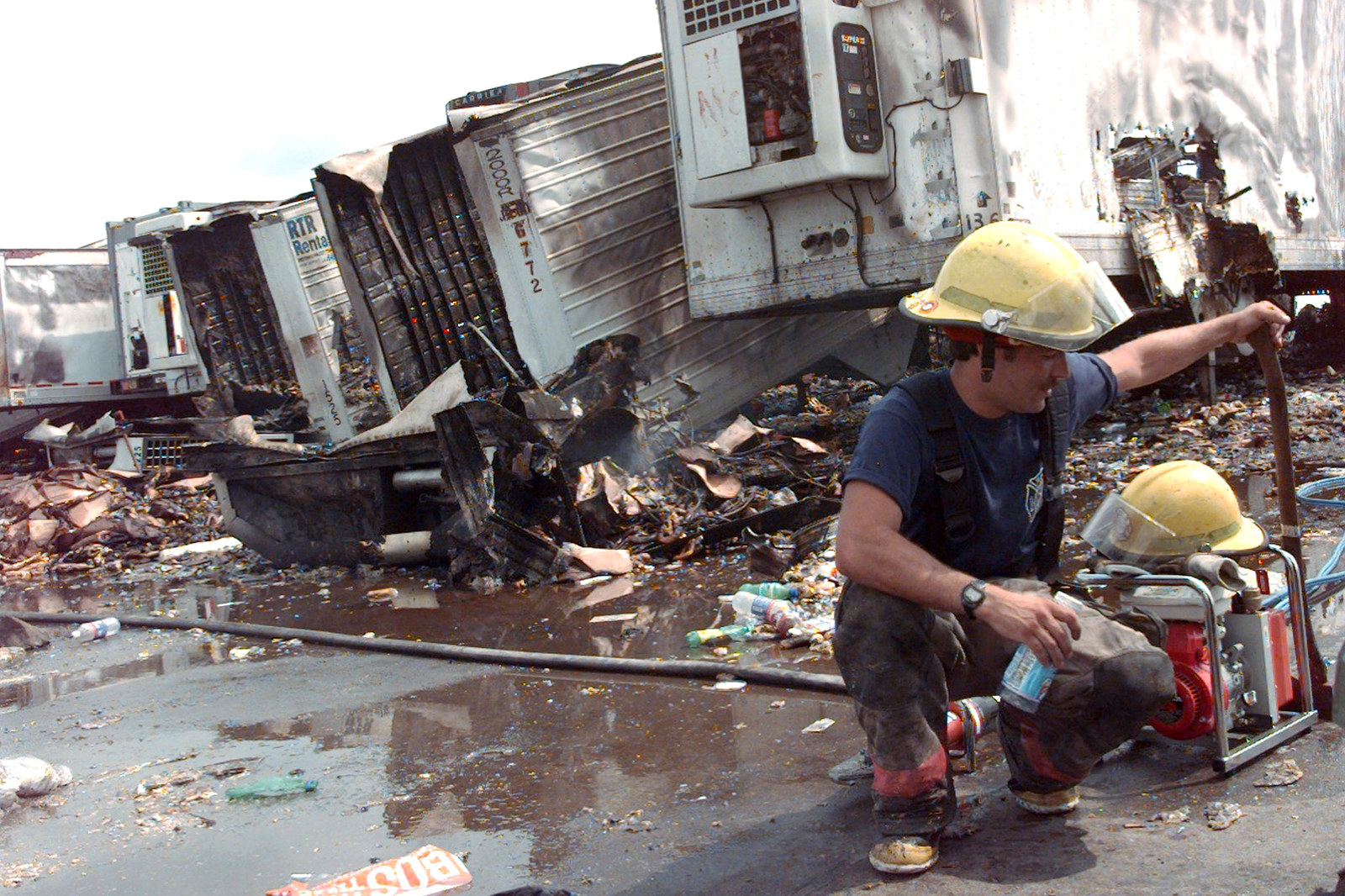 The cleanup begins on the morning after the rioting at Woodstock ’99. 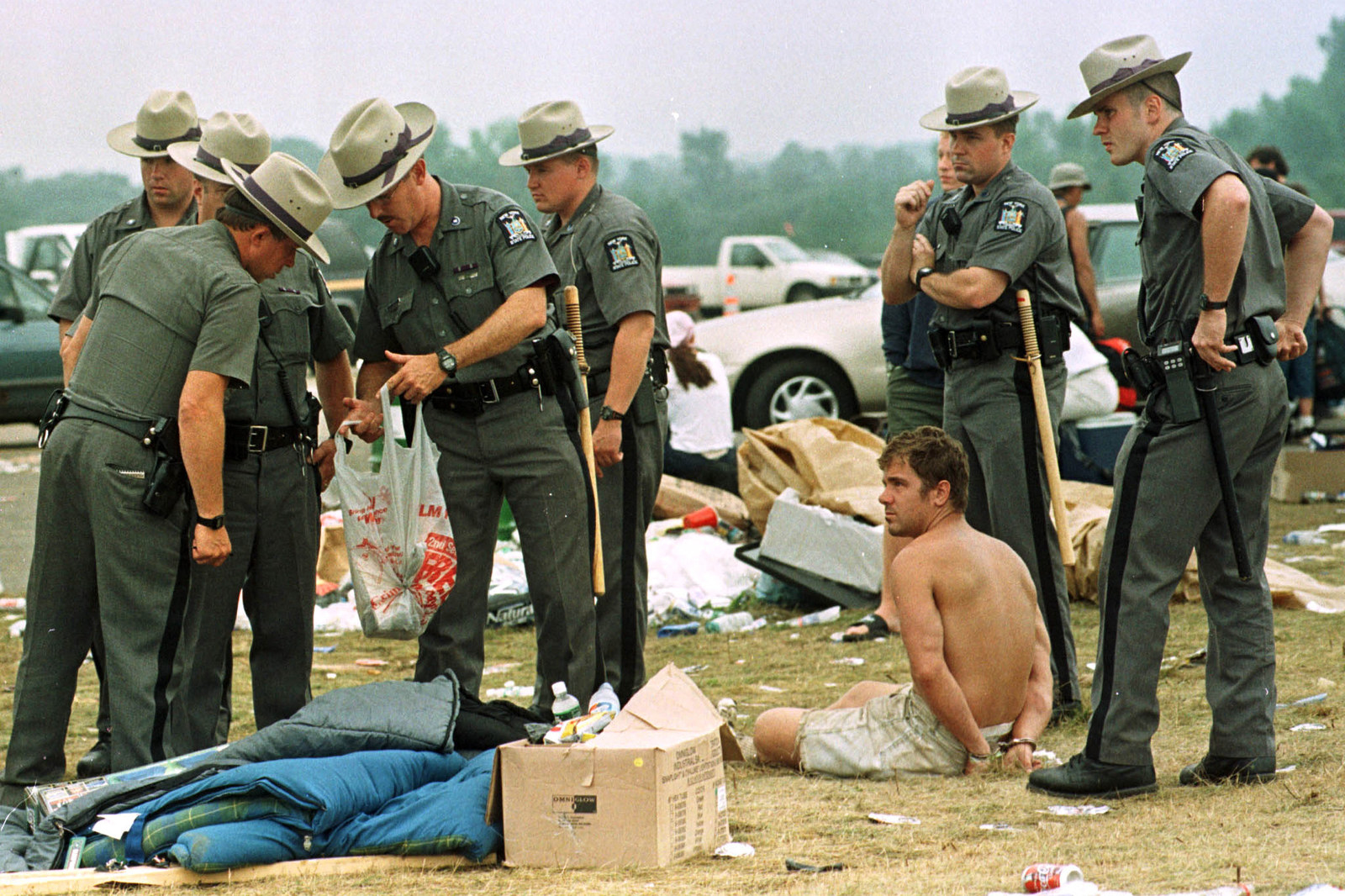 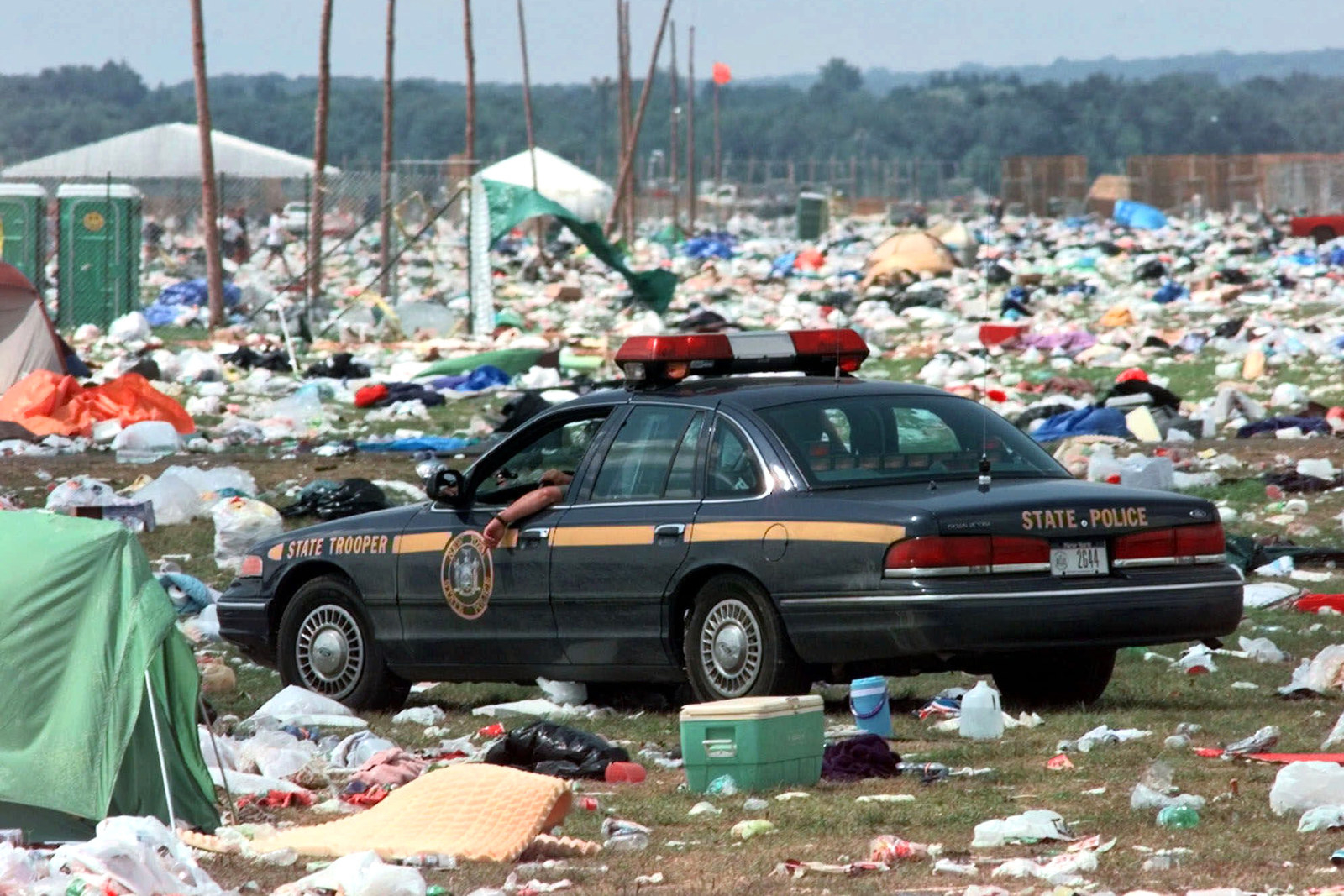 A New York State Police cruiser attempts to drive through the debris at the campground of Woodstock ’99, July 26, 1999. 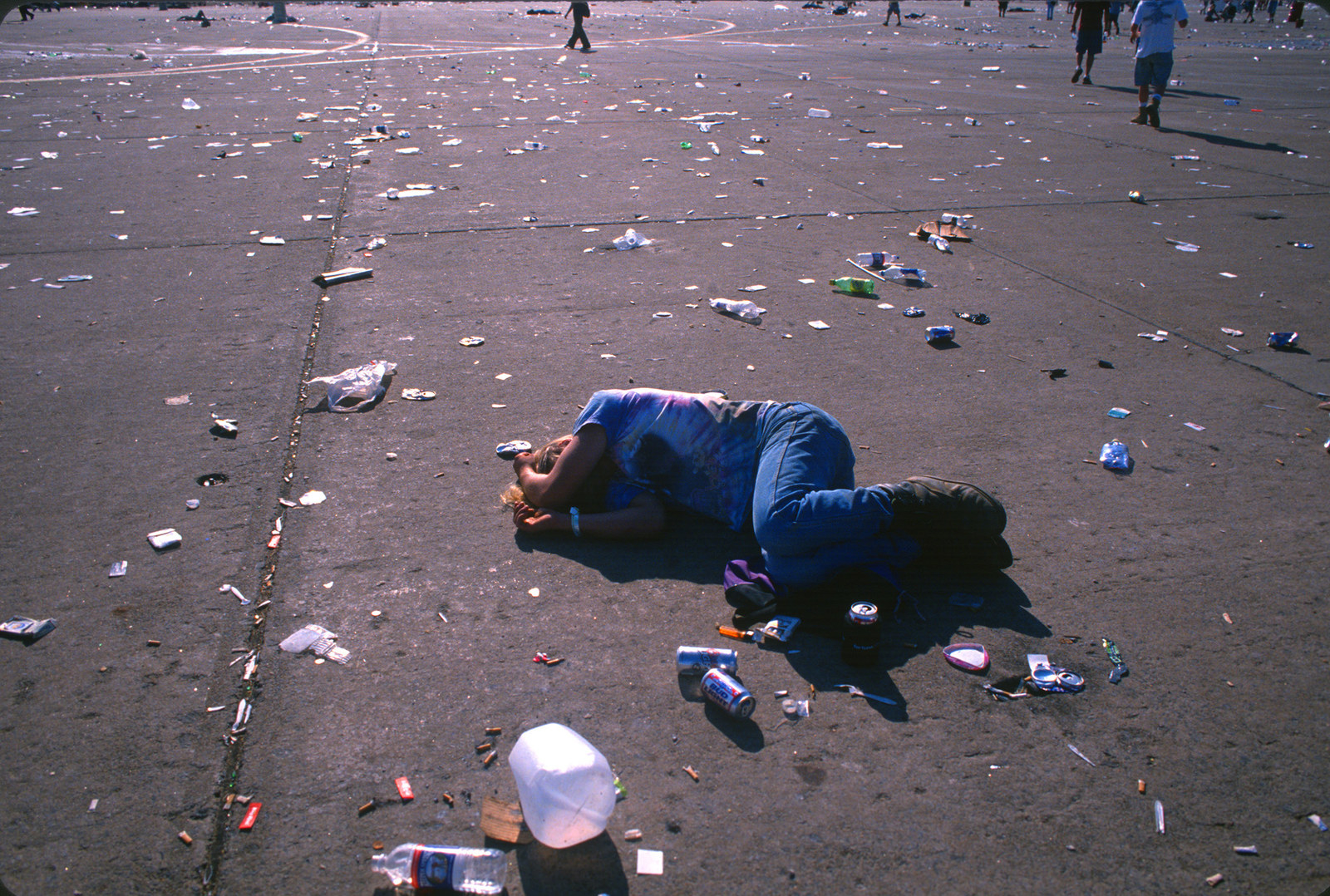