If Meghan Markle needed some backup after her claims of racism within the royal family — well, it’s here. The palace has some explaining to do after The Guardian unearthed documents at the National Archives that show a history of racist hiring practices at the palace at least through the late 1960s. 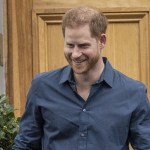 According to the report, “coloured immigrants or foreigners” were banned by the palace from working in clerical roles (ones that are often public-facing positions) and were relegated to the domestic staff. The U.K. publication noted that by the 1990s there were employees from diverse backgrounds working in a variety of positions, but racial background records were not kept before that era. What makes this situation is trickier is the fact that in the 1970s, Queen Elizabeth’s aides negotiated a clause that exempts her and “her household from laws that prevent race and sex discrimination.” It’s a policy that is still in place today.

So when critics of Meghan were attacking her for telling Oprah Winfrey that members of the royal family had “concerns and conversations about how dark [Archie’s] skin might be when he’s born,” and Prince William doubled down on the palace response with “We are very much not a racist family” — how did that make the Duchess of Sussex feel? While the Queen sent her love to her grandson’s wife, she did make a pointed note in her statement saying that “recollections may vary.”

Outwardly, the royal family may not feel like they are racist as they encounter a diverse group of people when they tour the world, but they might need to look inward to see where those blind spots are right there at home. The papers The Guardian unveiled is telling a much different story than the palace is putting out there — the story shows that Meghan’s experience is probably not unique.

In March, there was a report that the Queen was looking to hire a diversity czar to study “the policies, the procedures and programs in place, but we haven’t seen the progress we would like and accept more needs to be done, we can always improve,” per a CNN source. There’s no word on whether that position has been filled, but the Queen’s first order of business should have been eliminating the race and sex discrimination exemption after she heard Meghan, and grandson Prince Harry, speak their truth — it’s the least she could have done after seeing their pain.

Buckingham Palace gave a statement to E! News that rebuts some of the claims made in The Guardian article. “The Royal Household and the Sovereign comply with the provisions of the Equality Act, in principle and in practise,” the statement reads. “This is reflected in the diversity, inclusion and dignity at work policies, procedures and practises within the Royal Household. Any complaints that might be raised under the Act follow a formal process that provides a means of hearing and remedying any complaint.”

The royal family has been navigating a rather bumpy road over the last year and it’s another realization that modernizing the monarchy is crucial to their survival — and a racial reckoning is just another issue to add to that list.

Before you go, click here to find out which tell-all books expose major royal family secrets.