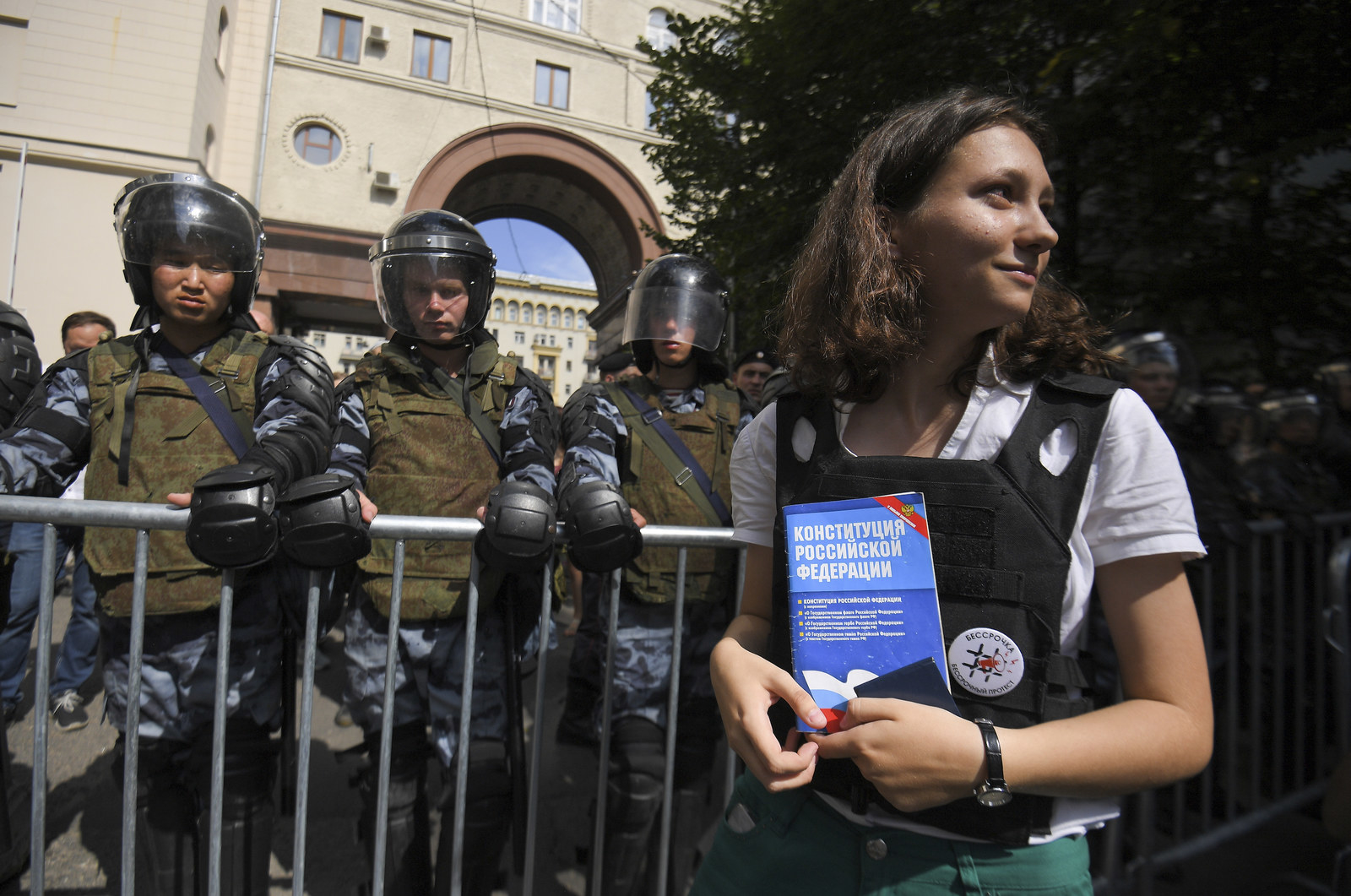 A Russian teenager who went viral for reading the country’s Constitution to riot police during a protest last week says that she’s not done with her activism, despite her lengthy detention and parents’ disapproval.

Olga Misik, 17, was one of thousands of people who filled Moscow’s streets last month to protest the government barring opposition candidates from running in upcoming local elections.

Misik was one of the people detained and, despite the fact that she’s a minor, was held for 12 hours. In an interview with Meduza, an independent Russian-language outlet, she said that she’s been attending protests for months now, including one in June to demand the release of investigative reporter Ivan Golunov after Moscow police arrested him on the street.

When she arrived at the protest with friends in the early afternoon, she said, they were immediately separated. After spending some time trying to navigate the crowd, Misik said, she came close to the first row of riot police assembled. She then began reading out the section of the Russian Constitution that says Russian citizens “shall have the right to assemble peacefully, without weapons, hold rallies, meetings and demonstrations, marches and pickets.” 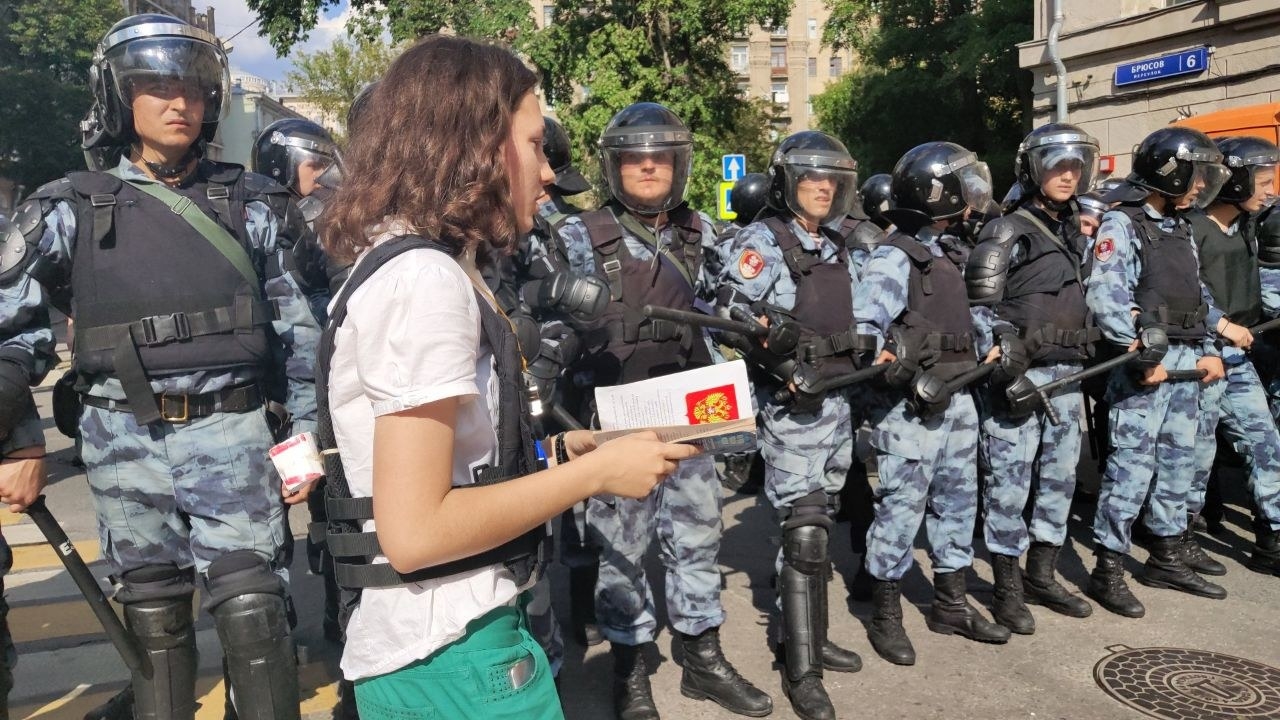 While she didn’t think anyone else had heard her at first, “people suddenly fell silent, and then began to clap and ask to read more, immediately the journalists came running with cameras,” she said.

“Then, after the riot police pushed aside all the protesters, I sat on the ground and again began to read our constitutional rights,” she said, “specifying that what was happening here was illegal, that the Constitution of the Russian Federation had the highest legal force, and the by-laws should not contradict it.”

Misik was allowed to leave after her impromptu reading, but was later detained as she approached a subway station, she said. The officers did not identify themselves as they grabbed her, but Misik said she recognized them from being detained earlier in the week for distributing leaflets.

Once she was finally released into her mother’s custody, she said, one of the first things she did was start up a channel on the messaging app Telegram to push back on what she called “fake news.” That includes claims that the Russian authorities actually never dispersed the protestors, based on a picture of her sitting next to security forces.

The picture, Misik said, was taken after the protests had been broken up and the special forces operators were sitting to rest, but before she was detained.

Misik, who graduated from high school this year, said that her parents aren’t exactly fans of her activism. “My mother is very opposed to me going to rallies because she is afraid of the consequences, and my father just loves Putin and Stalin and considers them the best rulers, and hates the protesters,” she told Meduza.

While they have kept her from protesting in her hometown of Voskresensk, they haven’t been able to keep her from heading into nearby Moscow to make her voice heard. “I cannot obey my parents in this — justice is still more important,” she said.

But she’s still committed to attending Moscow State University to get her degree in journalism. And when Meduza asked what she planned to write about once she graduated, she had an answer all lined up.

“The truth about politics and human rights,” Misik said. “I do not see my future outside the political sphere.”

More on the situation on Russia