Bored with your surroundings? Walk the (virtual) halls of some storied grand houses. 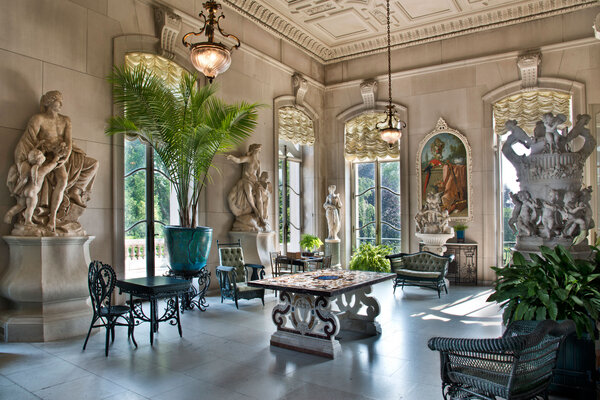 Have you ever had the dream where you take a test that you haven’t studied for? Or the one where you’re caught in a public place in your underwear? Here’s another common one: You open a door in your home and discover a room you have never seen before. To make this one a reality, just charge your laptop.

Since the pandemic began, tours of historic American homes, once strictly in-person events, have proliferated online. There are houses with architectural significance, while others had famous former owners or are merely — and wildly — opulent. Encountering these domestic spaces through your screen means sacrificing vestibular sensation and any hope of surreptitiously stroking tablecloth or tapestry. But if you are looking for ways to increase your square footage — no contractor required — here are a handful of options.

The Gilded Age rarely gleamed as brightly as in late 19th-century Newport, R.I., which hosted summer cottages for the nation’s wealthy, assuming your definition of “cottages” extends to 70-room masterpieces of marble, alabaster and platinum leaf. With most homes currently closed, the Preservation Society of Newport County has made video and 3-D tours available of some of the more fabulous ones: The Elms, Marble House, Chateau-sur-Mer, Chepstow, Kingscote, Hunter House, and Isaac Bell House. Scroll and click through Italianate fantasia, Louis XIV pastiche, Gothic extravagance and high-end Victorian clutter. There’s also a tour of the Elms’s servants’ quarters, for a better understanding of the labor and austerity behind the that kept all of that splendor. newportmansions.org 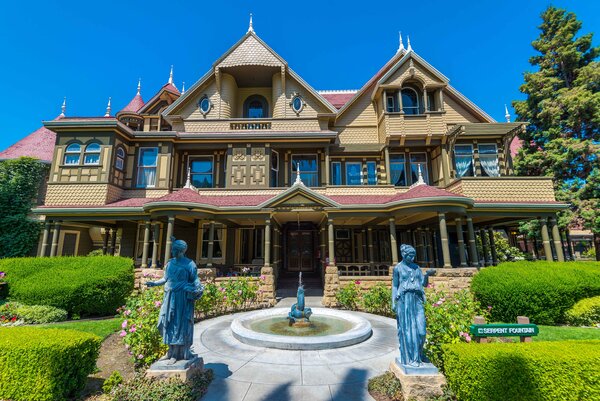 Purchased in 1886 by Sarah Winchester, who inherited a fortune from her gun magnate husband (the second president of Winchester Repeating Arms), this San Jose, Calif., mansion underwent almost constant expansion until her death in 1922. (Why? A popular if unsubstantiated rumor holds that the design was meant to confuse the spirits of those shot by Winchester rifles.) Live tours of its 160 rooms are currently suspended, but the corporation that owns the house has prepared a 41-minute video, available on Vimeo ($5.99 to rent, $13.99 to buy), with an interactive 3-D tour ($8.99) that includes areas not usually shown. Both allow access to the creepy stained glass, the numerology-influenced light fixtures, the stairways to nowhere and the insane number of doors (2,000!) that Winchester bankrolled. Paranormal enthusiasts might particularly enjoy the séance room, with its single entrance and three exits. Neither viewing includes glimpses of the ghosts visitors have reported seeing. winchestermysteryhouse.com

In 1874, Samuel Clemens (pen name Mark Twain) and his family moved into this Hartford, Conn., mansion designed by Edward Tuckerman Potter. The lavish interior, designed by Tiffany’s Associated Artists, came seven years later. Asked about the style of his house, Clemens said, “I guess we’ll call it ‘eclectic.’” Highlights of the free virtual tour include the library, the conservatory and the billiard room, which doubled as a writing room. It was a source of great sorrow to the writer when financial problems forced the family to abandon the house in 1891. “To us, our house was not unsentient matter,” Clemens wrote, “it had a heart, and a soul, and eyes to see us with.” To learn where and how other writers and artists lived, also consider a 3-D tour of Alice Austen’s house (aliceausten.org), a video tour of one of Georgia O’Keeffe’s homes (okeeffemuseum.org), a live feed from Winslow Homer’s studio (portlandmuseum.org/homer#) and a remote tour of Edgar Allan Poe’s Baltimore house (poeinbaltimore.org). marktwainhouse.org

Before it rebranded as a sumptuous museum, this Upper East Side mansion, designed by Thomas Hastings, housed the wealthy industrialist Henry Clay Frick. A new renovation will close the building for at least two years, with its art collection moving to the Frick Madison (the former home of the Whitney and the Met Breuer). In the meantime, a detailed 3-D guide with a helpful audio component moves viewers through the ground floor rooms of the Garden Court, the Fragonard Room (once a drawing room), the music room and the Boucher Room (once a boudoir), to name a few. The free tour includes close-ups of the art and baroque furnishings that surround it, as well as archival photographs. The second and third floors? Those remain largely out of sight, even online. frick.org