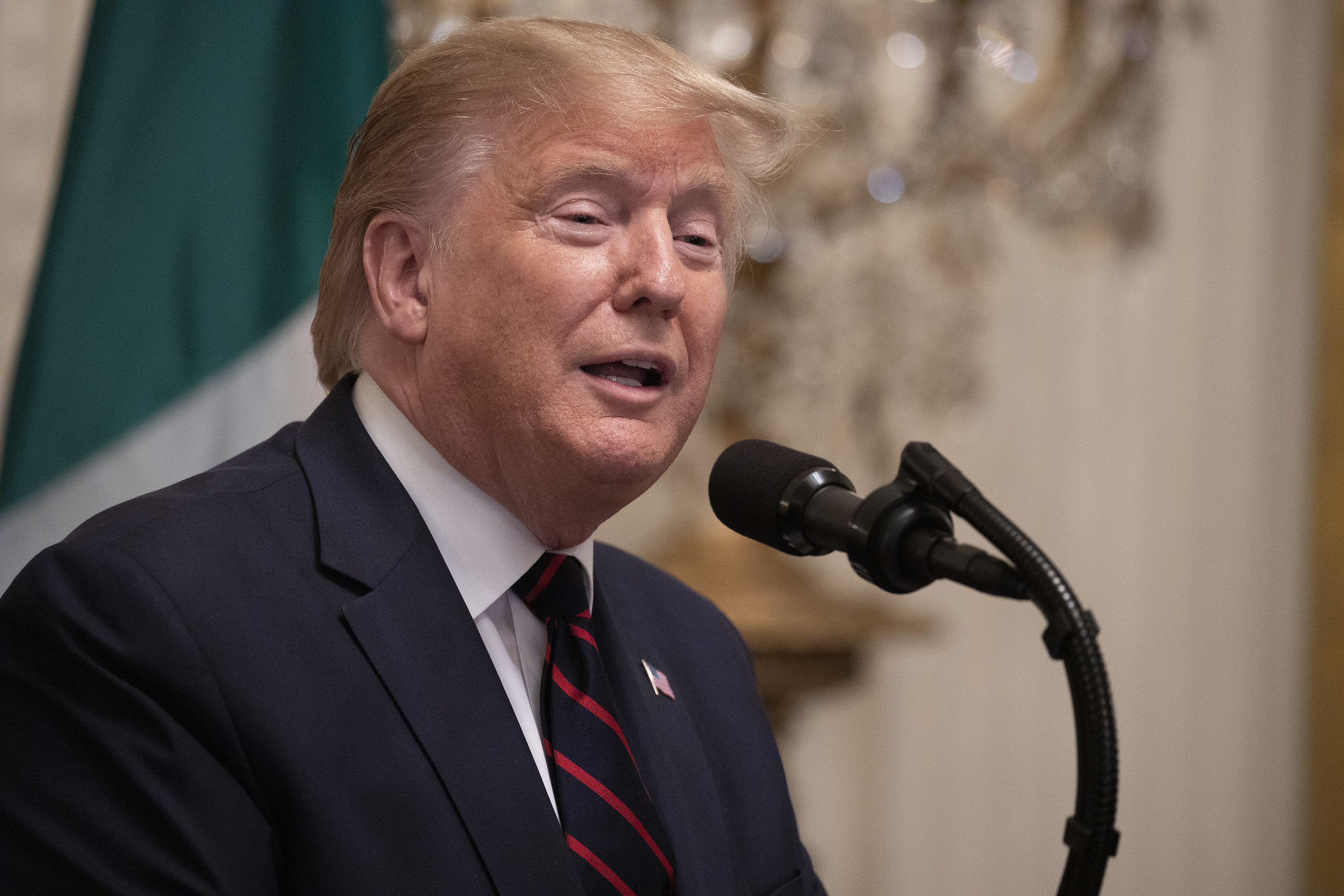 Next year’s G7 summit will take place at the Trump Doral resort in Miami, White House chief of staff Mick Mulvaney announced Thursday, raising concerns once again about whether President Trump is using the presidency to enrich himself.

At a rare press briefing, Mulvaney called the Trump National Doral Miami “far and away the best physical facility” for the Group of 7 summit, which he said will take place June 10-12.

He claimed it would be “millions of dollars cheaper” to host the summit at Trump’s resort than the other facilities they looked at, reiterating that the Doral resort was “the best place” for the G7.

When asked by reporters why hosting a gathering with world leaders at Trump’s own resort isn’t a conflict of interest, Mulvaney responded, “Donald Trump’s brand is probably strong enough as it is and he doesn’t need any more help with that.”

It was Trump’s own idea to put forward the Doral resort for consideration, Mulvaney said.

But the president, he insisted, won’t be profiting from the G7 summit. 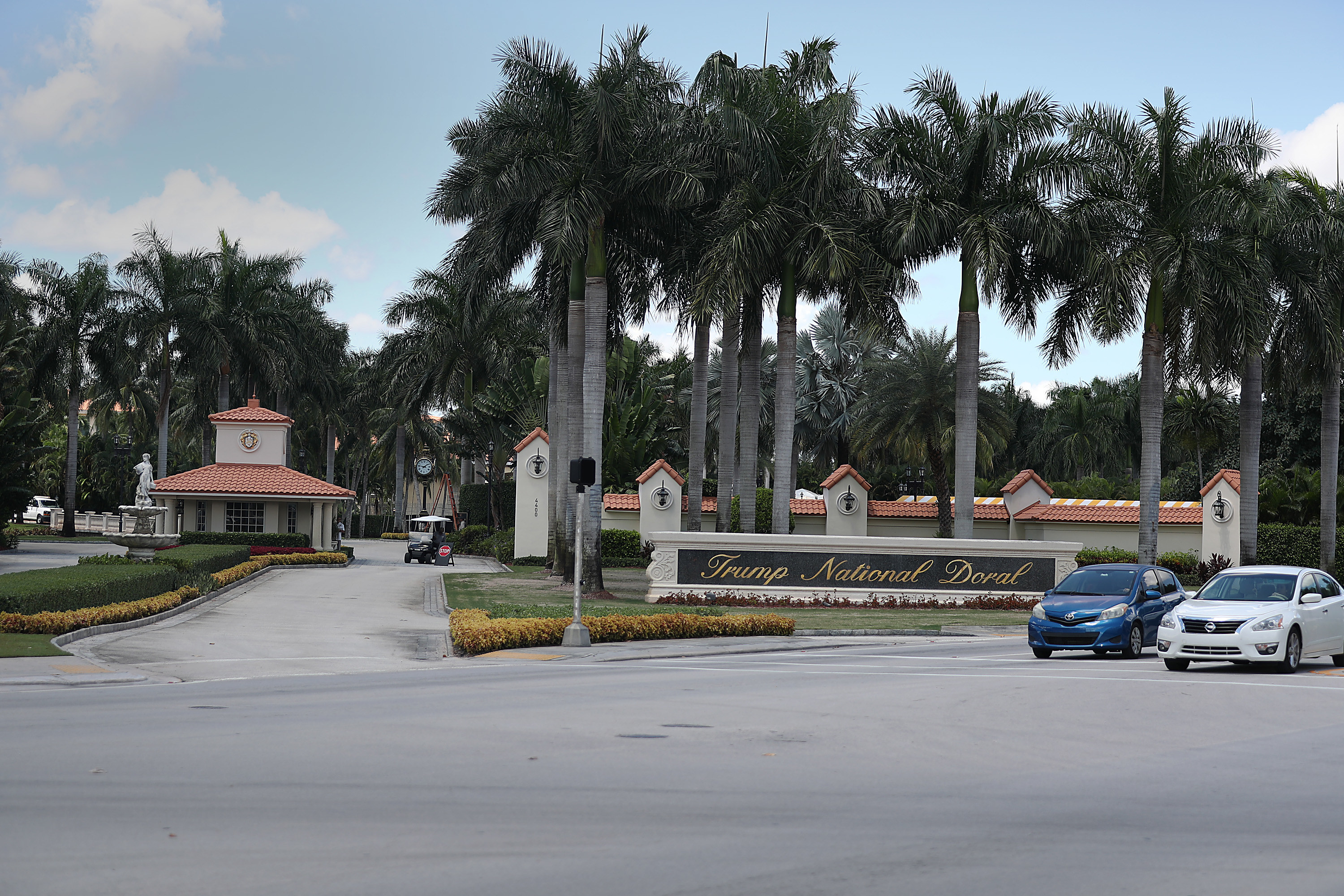 Trump is currently the focus of an impeachment inquiry stemming from his baseless accusation that Joe Biden used his position as vice president to help his son, Hunter Biden, in his business dealings in other countries.

On Thursday, Mulvaney said the difference between the Trumps and the Bidens is that the Trump family “made their money before they went [into] politics.”

The G7 summit is a huge get for the Trump Organization. Hosting an event of that size can rake in a lot of money; the CBC reported that the Canadian government spent about $80 million on food and lodging during the back-to-back G8 and G20 summits in 2010.

And business at Trump’s Doral resort hasn’t exactly been booming. According to Washington Post reporter David Fahrenthold, from 2016-2017, revenue at the resort dropped nearly 14%, from $87 million to $75 million.

The decision to host the G7 at the Doral resort stands in stark contrast with Trump’s insistence, before his inauguration, that he will distance himself from his business dealings.

On Jan. 11, 2017, Trump attorney Sheri Dillon told reporters that he won’t be involved in any new deal the Trump Organization makes, “and he will only know of a deal if he reads it in the paper or sees it on TV.”

However, Trump has since bucked decades of precedent, refusing to divest from his businesses before being sworn in as president, though he did hand over operations to his sons, Eric Trump and Donald Trump Jr.

“President-elect Trump wants there to be no doubt in the minds of the American public that he is completely isolating himself from his business interests,” Dillon said. “He instructed us to take all steps realistically possible to make it clear that he is not exploiting the office of the presidency for his personal benefit.

The last time the US hosted the summit was in 2012, when President Obama held it at Camp David, although he had originally hoped to hold it in Chicago.

As host of the summit, Trump will have the chance to set the agenda for what the other world leaders discuss at the annual meeting. One issue has already been ruled out, Mulvaney said: “Climate change will not be on the agenda.”