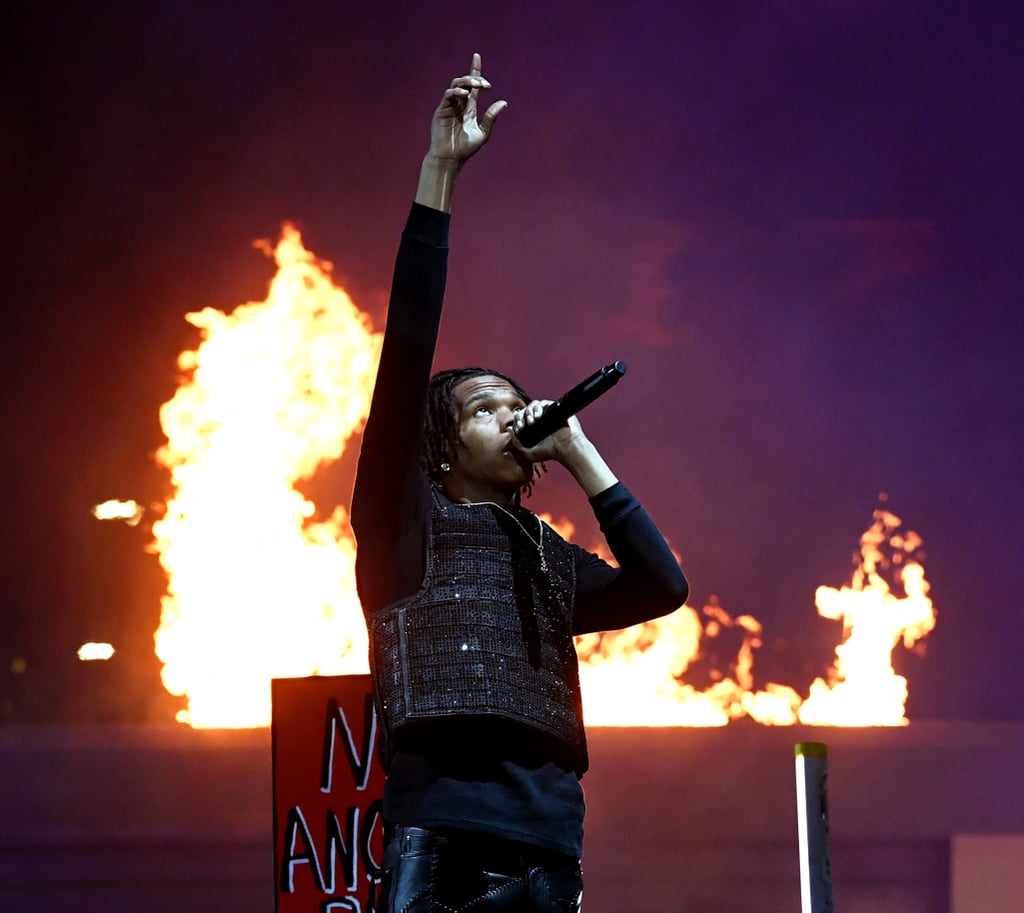 Lil Baby offered the most salient political moment of the 2021 Grammy Awards. Joined by Killer Mike, the rapper performed “The Bigger Picture,” a protest song in response to the death of George Floyd by police officer Derek Chauvin.

Just before Lil Baby appeared on stage, actor and activist Kendrick Sampson — who was reportedly attacked by officers in Colombia last year — starred in a scene sharing similarities with the killing of Rayshard Brooks outside of a Wendy’s in June 2020. Moments later, activist Tamika Mallory delivered a stirring speech directed at the current administration. “President Biden: we demand justice, equity, policy, and everything else that freedom encompasses. And to accomplish this, we don’t need allies, we need accomplices,” she said. “This is not a trend, this is our plight. Until freedom.”

Mallory spoke to the performance’s significance in a behind-the-scenes video. “So many people are looking for institutions like the Grammys to step to the plate and to allow us to voice the real, true, deep feelings that so many communities are trying to process every day,” she said. “We are certainly in a state of emergency, and I think this performance is timely.” Killer Mike also said, “It’s new, it’s raw, it’s genius. It’s just all levels of some dope Black sh*t to be honest with you.”