This is the web version of our Watching newsletter, in which Margaret offers hyper-specific viewing recommendations like these every Monday and Friday. Read her latest picks below, and sign up for Watching here.

The Emmys were last night. You can catch up on all our coverage here.

Have a beautiful week.

I want something new. 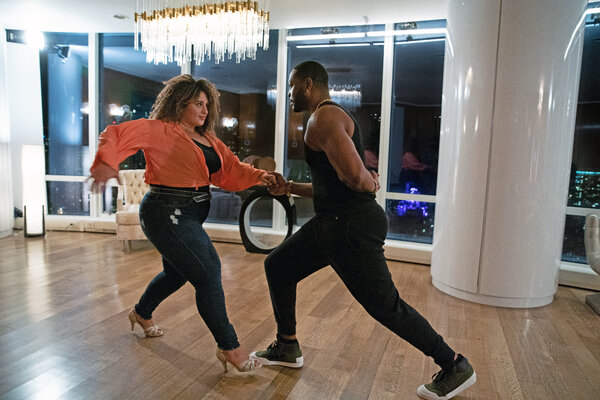 This new light drama is set behind the scenes of a reality show, also called “The Big Leap,” which means the series gets to have it both ways: We get the contrived but alluring arcs of a reality competition with some of the more earnest, more textured parts of a feel-good scripted show.

Scott Foley stars as the scheming producer of a new competition show that casts amateur dancers in Detroit and stages a nontraditional production of “Swan Lake.” (Would watch!) Our heroine is Gabby (Simone Recasner), a young woman who decides to audition for the show and whose dancing dreams were derailed when she had her son right out of high school. Recasner is easily the breakout star of this TV season, so Gabby burns a bit brighter than all the other characters.

After the scathing, glorious first season of “UnReal,” I was hoping we’d get more scripted shows about reality shows — it just seems like such a fertile premise, especially given how familiar we as viewers are with the standards and styles of unscripted series. “The Big Leap” is nowhere near as prickly as “UnReal,” but it, too, definitely sees “reality” production as sleazy and manipulative. The difference is that in “The Big Leap,” the overall tone is a sunnier one.

There’s a corny predictability afoot, but that didn’t really bother me — that’s a foundational comfort of shows like “So You Think You Can Dance” and “The Voice.” We know what will happen; it’s not the what, it’s the who, and sometimes the when. That can be trickier on scripted serialized dramas, but if you still think the pilot of “Glee” was good (it was), watch this.

Uh, something else new, but also sort of less new.

Few shows arrive as fully hatched as this reboot of “The Wonder Years,” still set in the late 1960s but this time centering on a Black family in Alabama. Dean (Elisha Williams) just turned 12, the age when “a boy starts smelling himself,” according to grown-up Dean’s narration (provided by Don Cheadle).

The show of course feels like “The Wonder Years,” but it also feels a lot like “The Young Rock,” “The Goldbergs,” “Fresh Off the Boat” or “Everybody Hates Chris,” family shows set in the past, maybe with a knowing voice-over from a famous actor, with a habit for communicating sage lessons about growing up. This is on the richer, more dramatic side of the spectrum rather than the strictly comedic one.

Two seasons of “Drunk History Mexico” are now on Paramount+.

The final batch of episodes of “Dear White People” arrives Wednesday, on Netflix.

The ninth season premiere of “The Goldbergs” airs Wednesday at 8 p.m. on ABC.

The season finale of “The Other Two” arrives Thursday, on HBO Max. So far the show has not been renewed for a third season, which is outrageous — this is the most dazzlingly biting show on TV right now, funny and naughty and great.

The season finale of “Holey Moley” airs Thursday at 8 p.m. on ABC.