Between network, cable and streaming, the modern television landscape is a vast one. Here are some of the shows, specials and movies coming to TV this week, Nov. 23-29. Details and times are subject to change.

BLACK NARCISSUS 8 p.m. on FX. You’d be hard pressed to find a pair of films much more different from each other than Denzel Washington’s 2016 adaptation of the August Wilson play “Fences” and John Krasinski’s 2018 horror blockbuster “A Quiet Place.” But those movies share at least two common traits: Each has a plot in which a pregnancy poses an existential threat to a family, and each was shot by Charlotte Bruus Christensen, the Danish cinematographer. Christensen takes a seat in the director’s chair — and further expands her range — with her latest project, “Black Narcissus,” a mini-series adaptation of Rumer Godden’s 1939 novel. Set in 1934, the story follows a group of nuns who try to establish a mission at a forlorn palace in the Himalayas. The actresses playing these nuns include two erstwhile Bond girls: Gemma Arterton and Diana Rigg, who appears here in one of the final roles she shot before her death in September. 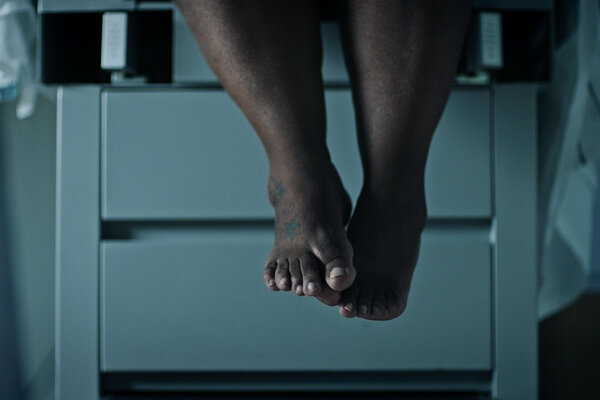 BELLY OF THE BEAST (2020) 10 p.m. on PBS (check local listings). In her latest documentary, Erika Cohn (“The Judge”) looks at the forced sterilization of women in California prisons. The first half of the film is anchored by accounts of maltreatment, and also explores the uncomfortable history of eugenics in the United States; the second half looks at the modern-day push for justice. The result, Lovia Gyarkye wrote in her review for The New York Times, is “timely and bracing.”

AN ANGEL AT MY TABLE (1990) 9:15 p.m. on TCM. The director Jane Campion used autobiographies by the 20th century New Zealand author Janet Frame as the basis for this highly regarded film, which depicts Frame at different stages of her life. In an interview with The Times in 1991, Campion explained that she had wanted to make a film about Frame for years. “I read her novel ‘Owls Do Cry,’ when I was about 13,” Campion said. “It deals very poetically, lyrically, with the subject of madness in a young girl. I think it rang a note for me because at 13, you feel the potential for madness for the first time in your life.”

TOSH.O 10 p.m. on Comedy Central. YouTube was less than 5 years old when the comedian Daniel Tosh started roasting internet celebrities on “Tosh.O.” The first season, which hit Comedy Central in 2009, included appearances by the stars of early viral videos like Chris Crocker (made famous for imploring the internet to “leave Britney alone” in 2007) and Jay Maynard (better known as “Tron Guy”). After more than a decade, Tosh’s series ends with a final episode on Tuesday night. It airs in a world in which “internet celebrity” is no longer a novel label.

THE MYSTERY OF D.B. COOPER (2020) 9 p.m. on HBO. Nearly five decades have passed since a man known by the pseudonym D.B. Cooper hijacked a passenger plane over the Pacific Northwest, jumped out and landed in the American imagination. But despite the F.B.I.’s best efforts, the man’s true identity remains unknown. This documentary from the filmmaker John Dower (“My Scientology Movie”) revisits the case.

REAR WINDOW (1954) 8 p.m. on TCM. James Stewart plays a news photographer who thinks he’s witnessed a murder in this classic from Alfred Hitchcock. (Who is referred to as “Nobody’s greenhorn,” in Bosley Crowther’s 1954 review for The Times.) TCM will pair the film with another Hitchcock-Stewart collaboration, THE MAN WHO KNEW TOO MUCH (1956), airing at 10 p.m.

JEFF DUNHAM’S COMPLETELY UNREHEARSED LAST-MINUTE PANDEMIC HOLIDAY SPECIAL 8 p.m. on Comedy Central. The comic Jeff Dunham has had successes both on television and onstage, but audiences don’t exactly show up to see Dunham himself: He’s a ventriloquist, so his primary roles are characters he conjures with his hands. That puts him at an advantage going into this pandemic-era comedy special, where he can perform opposite a cast of characters without having to worry about social distancing.

ILLUMINATION PRESENTS MINIONS HOLIDAY SPECIAL 8:30 p.m. on NBC. This summer was supposed to have seen the release of “Minions: The Rise of Gru,” the latest film starring the conspicuously marketable cartoon creatures from the “Despicable Me” franchise. That sequel got pushed to next year because of the pandemic, but children can get a minion-sized new dose of the characters with this holiday themed entr’acte.

EARTH’S GREAT SEASONS 8 p.m. on BBC America. Andrew Scott, the Olivier award winning actor (who also plays a certain attractive clergyman in “Fleabag”), narrates this four-part BBC nature series, which is built around the four seasons. The Hot Priest cools down on Saturday night, with an episode focused on winter.

MY PSYCHEDELIC LOVE STORY (2020) 9 p.m. on Showtime. In her 2013 memoir, “Tripping the Bardo With Timothy Leary: My Psychedelic Love Story,” Joanna Harcourt-Smith chronicled her time with the LSD maestro Timothy Leary — and the trauma that grew out of it. Harcourt-Smith died this month at 74. That adds a note of finality to this documentary adaptation of her memoir, which was directed by the famed filmmaker Errol Morris.

FARGO 10 p.m. on FX. Noah Hawley’s TV adaptation of the Coen Brothers movie “Fargo” ends its fourth season on Sunday night. The latest season shifted the show’s action to 1950s Kansas City, infusing its story with organized crime, a social message and a megastar, Chris Rock. “Given how thorough the mix of crime story and social allegory is, Hawley and his crew have done an impressive job of weaving,” Mike Hale wrote in his review of the season for The Times. “It rarely feels as if we’re being preached to, even though we are.”